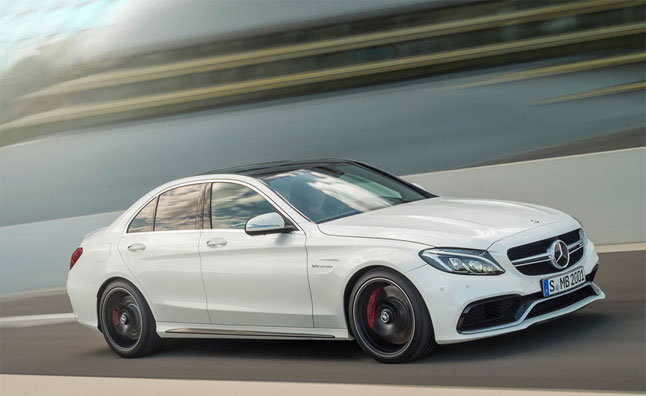 Ever since the introduction of the first straight-six-powered C36 AMG in the mid-1990s, Stuttgart’s small super sedan has stood in the shadow of the BMW M3. Yeah, the Mercs have often put down more power and might have been a bit more civilized, but those attributes seemed to come at the expense of agility and real-world speed. Where the M-fettled 3 Series would strike a twisting road or track like a laser-guided missile, an AMG-tweaked C-Class would often take an approach more akin to carpet bombing. 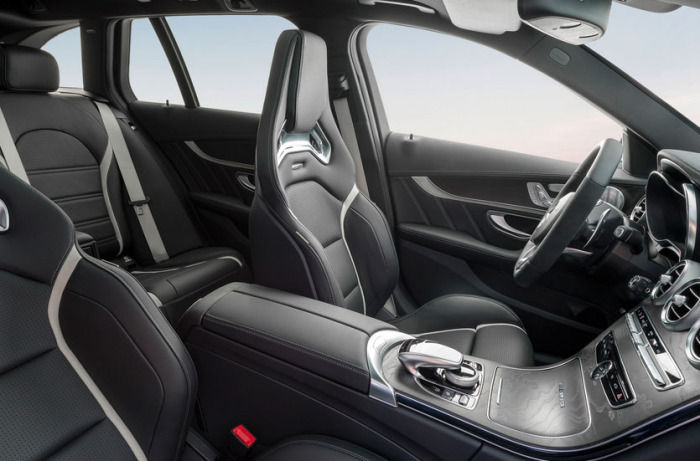 It’s far too early to say if the just-revealed 2015 Mercedes-AMG C63(note the change from Mercedes-Benz C63 AMG) will buck that trend, but it certainly seems to have the qualifications to do so. Naturally, the smooth, flowing lines of the latest C sedan (and too-good-for-America wagon) are retained, but they’re now augmented by deeper, angrier fascias and side skirts, quad tailpipes, and big wheels wearing high-performance tires. The interior gets a similarly sporty makeover, with copious carbon fiber and brushed aluminum trim and front sport bucket seats. 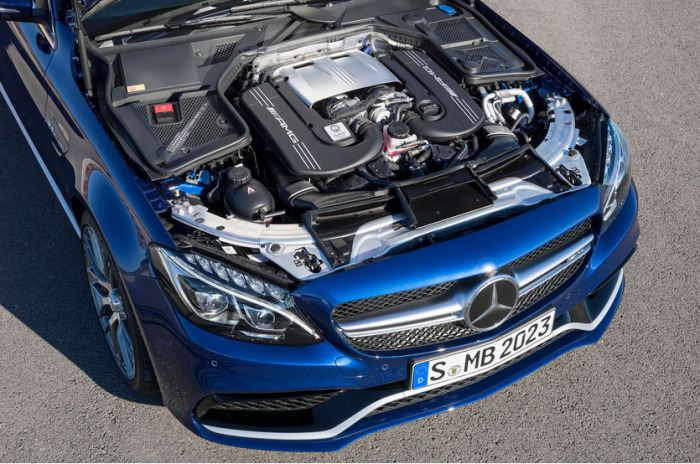 That’s the stuff that makes it look faster; what makes it actually be faster is the new 4.0L twin-turbo V8 shared with the new Mercedes-AMG GT. In basetrim, it’s rated at 469 horsepower and 479lb.-ft of torque, while in the C63 S Model, it makes 503 horsepower and 516 lb.-ft. Both of those figures are big improvements over the prior base C63 AMG’s naturally-aspirated 6.2L V8 though, like that car, an AMG-massaged 7-speed automatic will be the only transmission on offer.Mercedes-AMG says the standard car will hit 60 mph in 4 seconds flat, while the S Model will take just 3.9 seconds. Both versions will be electronically limited to the German-industry-minus-Porsche standard of 155 mph. U.S. sales are set to begin in March, with a specially-trimmed “Edition 1” version leading the way. 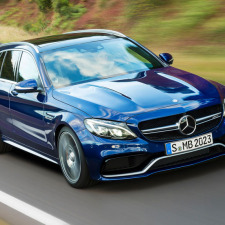 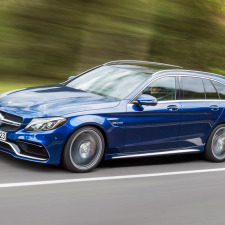 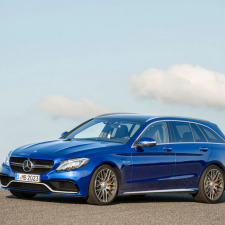 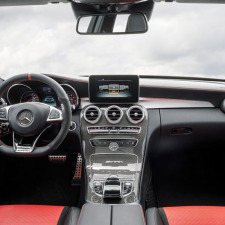 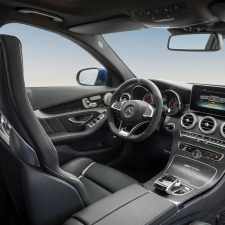 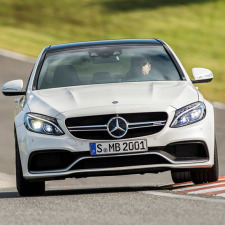 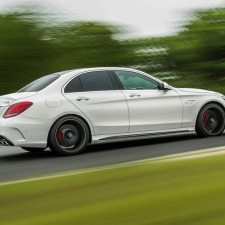 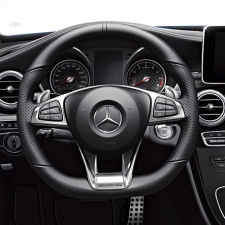 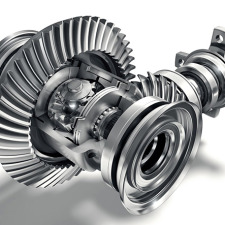 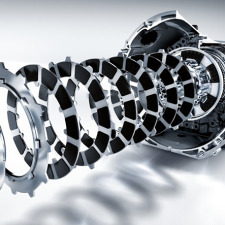 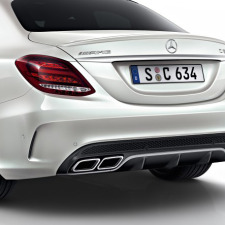