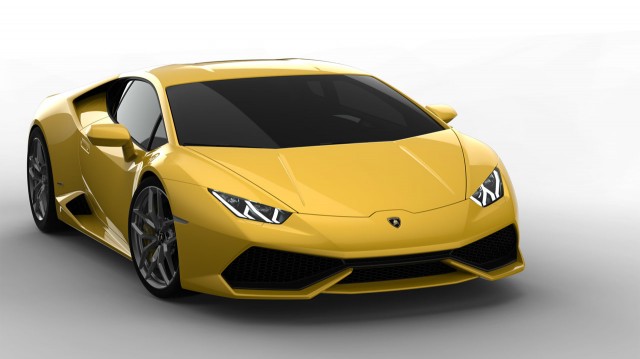 When Lamborghini rolled out the Gallardo in 2004, it marked the first time the hallowed nameplate had a sub-V12 production model since the last Jalpa burbled out of the factory in 1988. In the ten model years that have transpired since, the Gallardo has comprehensively transformed Lamborghini’s standing in the supercar marketplace; buying a new Lamborghini no longer means having to put up with V12 thirst, kitschy scissor doors and a pricetag that would be enough scratch for a bona fide mansion in many parts of the U.S. if you don’t want to do so. Basically, the Gallardo has helped democratize (albeit in the very loosest sense of the term, sense it is still a very expensive and very rambunctious automobile) late model Lamborghini ownership.

Therefore, it shouldn’t shock anyone that although the company is finally retiring the Gallardo, a successor is ready and waiting to step into the breach. And after years of spy photos, renderings, rumors and good ol’ fashioned innuendo, the Raging Bull’s next “starter” model is ready for its close-up. And although the name that was widely predicted for the new car didn’t pan out (Cabrera is out, Huracán is in; per Lamborghini tradition, the Huracán takes its name from a legendary Spanish fighting bull.), it turns out many of the other predictions – including the overall look of the car – were spot on. 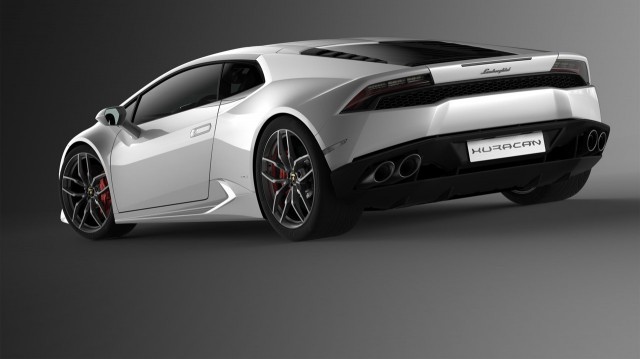 The front of the Huracán features a pair of Gallardo-ish outboard air scoops on the front fascia and headlights that are more horizontal than vertical. The sides feature two air intakes per flank (one on the rocker panels, one behind the quarter windows, four total) and, like the Gallardo, conventionally-hinged doors that open outward rather than upward. And the stubby tail features L-shaped taillights and a large, full-width diffuser through which the four big circular tailpipes exit.

Inside, the Huracán’s somewhat soft exterior lines (compared to the Aventador, anyway) are offset by a decidedly angular dashboard. The four main HVAC vents feature a five- or six-sided cross section, while the instrument cluster – which is comprised of a 12.3” wide TFT electronic display – features an even more geometrically-intriguing shape. There’s also a “floating” center stack, and acres of top-quality leather and Alcantara. Molto delizioso. 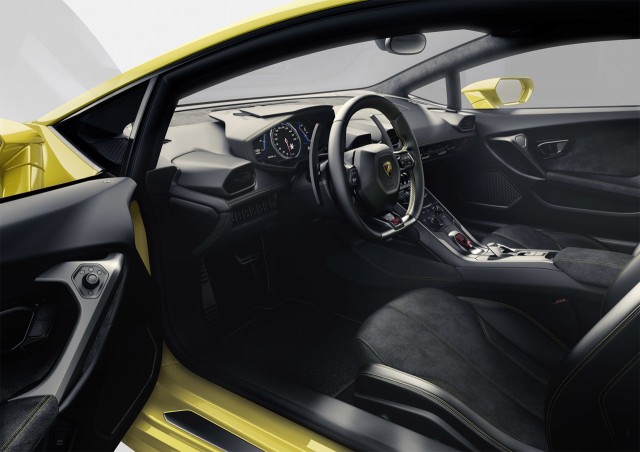 Of course, Lamborghinis are just as famous for their “go” as they are their “show,” and the Huracán is no exception. The mid-mounted 5.2L V10 is similar to the one that powered the Gallardo, but it includes a number of detail refinements and upgrades, including a cutting-edge fuel delivery system that incorporates both port and direct injection. The cumulative result of these revisions, Lamborghini claims, is 601 SAE horsepower (or 610 metric horsepower, hence the “610” in the full model name) at a positively guano 8,250 rpm and 413 lb.-ft of torque at 6,500 rpm. As with most modern Lambos, the Huracán sends the engine’s power to all four wheels, but unlike the Gallardo, Aventador and any other previous production Lamborghini, power first flows through a dual-clutch transmission. Specifically, it’s a 7-speed unit that, we’re guessing, is borrowed from the updated version of the Gallardo’s platform- and engine-mate (at least in the case of the V10 version), the Audi R8. Other chassis goodies include standard carbon-ceramic brakes, optional variable-ratio power steering (No word if the assist is hydraulic or, like on many performance cars being introduced these days, electric.), and optional electromagnetic dampers (similar to the ones offered on high-po GM vehicles). 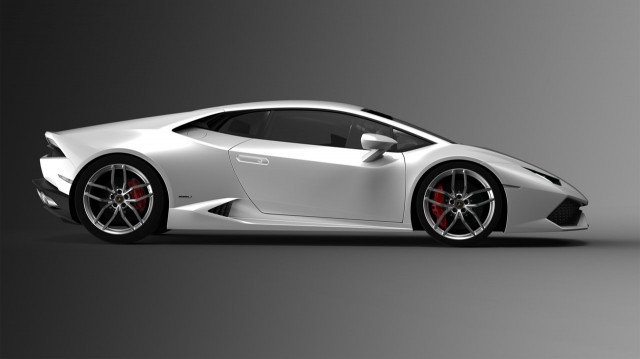 So will the Huracán be fast? Yeah, we suppose 0-62 mph in 3.2 seconds and a top speed in excess of 202 mph qualifies as “fast.” And you can bet it will also be pricey (Think MP4-12C/SLS AMG GT/911 Turbo S territory), though considerably less pricey than an Aventador. Specific pricing and other details will be made public closer to the car’s auto show debut at Geneva in March, where we expect the Huracán to be one of the stars…if not the star. 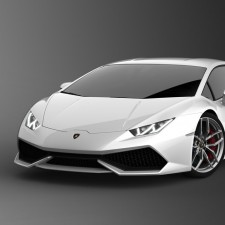 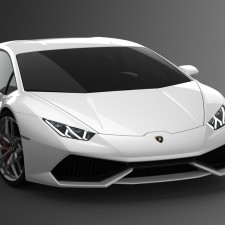 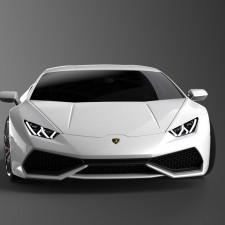 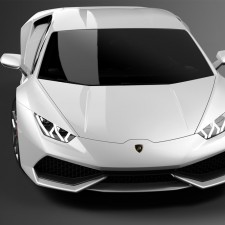 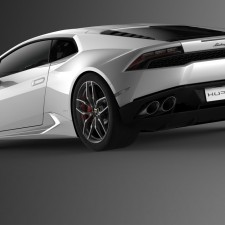 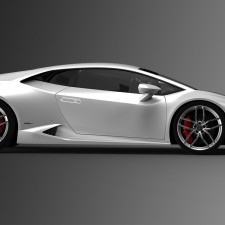 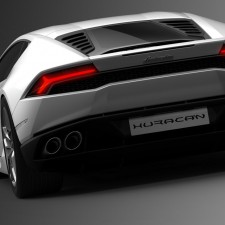 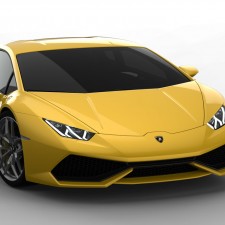 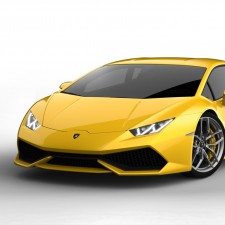 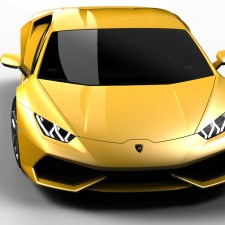 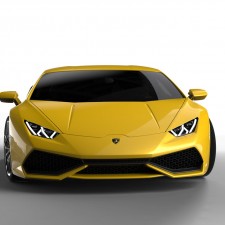 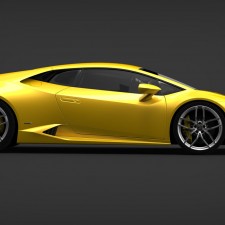 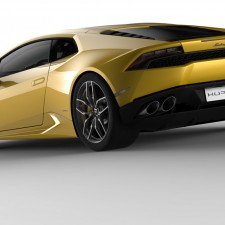 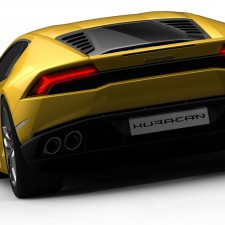 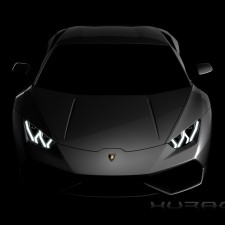 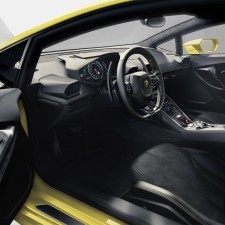 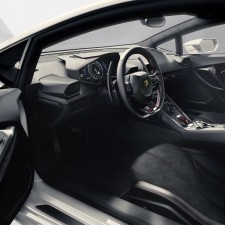