The Ferrari California has, for wont of a better term, been something of a mixed blessing for the Prancing Horse. On the one hand, it has brought people who wouldn’t or couldn’t have bought a new Ferrari prior to its introduction into the fold; on the other hand, in doing so, it has created a new subspecies of clientele (i.e. the posers that dress from head-to-toe in Ferrari apparel and the trophy wives with fits-in-a-cat’s-mouth dogs and just-this-side-of-Oompa-Loompa spray tans) that marque purists and longtime brand loyalists likely consider less-than-desirable. Said purists also spurned the California for its somewhat dumpy looks and gimmicky, Lexus-ish stacked tailpipes.

Fortunately, Ferrari hasn’t taken those critiques lying down. The company has been hard at work behind the scenes transforming the California into a proper grand tourer that’s more fab than flab. And a few weeks ahead of its official debut at the Geneva Motor Show, Maranello is ready to pull back the curtain on the heavily updated 2015 version of its entry-level model. 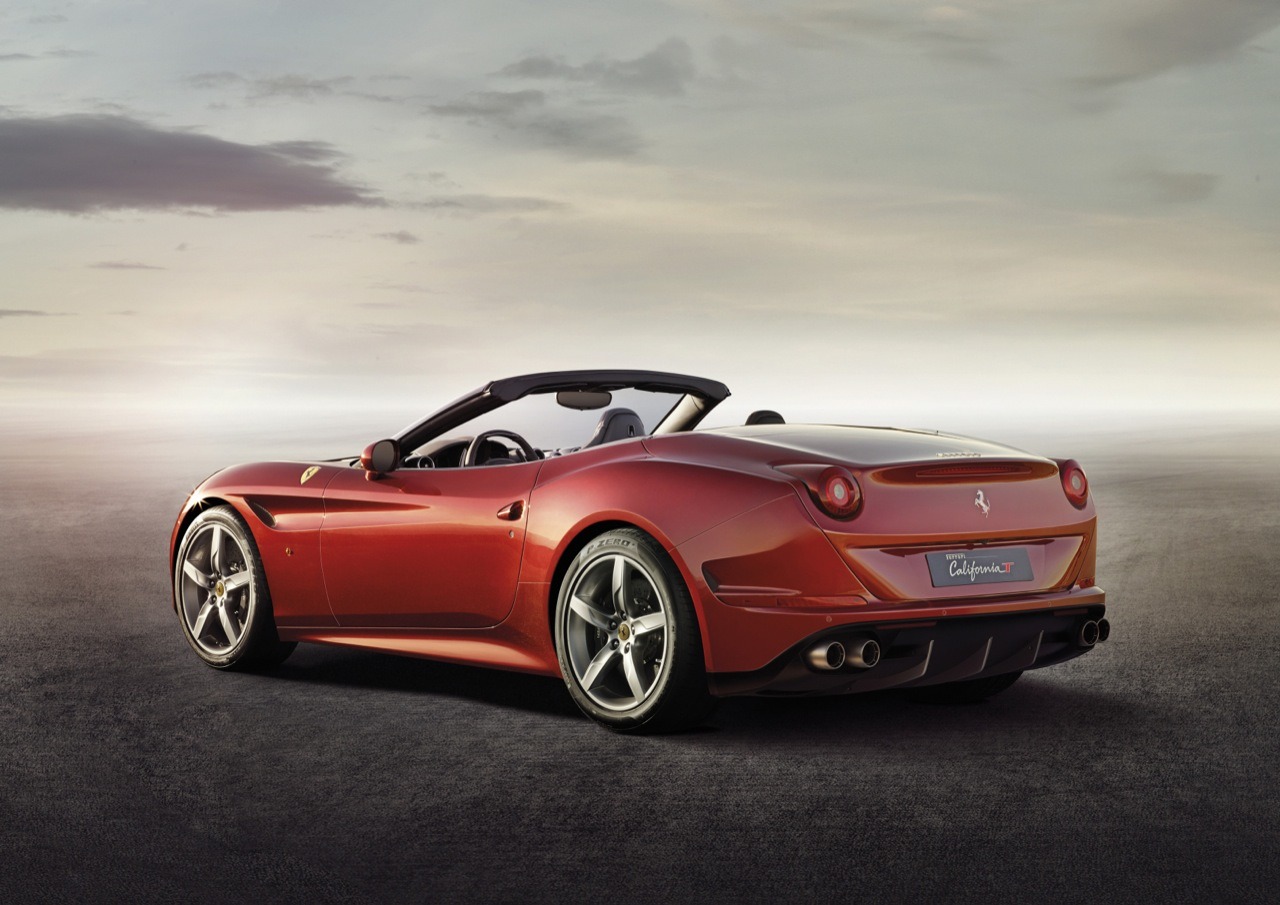 Now called the California T, the car uses fundamentally the same body shell, meaning it has the same retractable hardtop and tall, rotund rump. However, the new rear fascia incorporates a much more conventional horizontally-arranged quad tailpipe arrangement and a racier full-width diffuser. Up front, the fascia has a reshaped grille and brake cooling ducts, as well as new headlights and a revised hood that replaces the early version’s single forward-facing scoop with a pair of rear-facing vents. And the side vents and side sculpting have also been re-contoured to better match the detailing on the other current front-engine Ferraris, the FF and the F12 Berlinetta. The net result of these revisions is a more cohesive and altogether more muscular physique.

Inside, there’s still wall-to-wall leather and aluminum trim adorning the cockpit. Even so, the dashboard and center console have been reshaped for improved ergonomics. And between the two center HVAC vents you’ll find a little gizmo called the Turbo Performance Engineer (TPE), which can display various engine- and performance-related readouts. 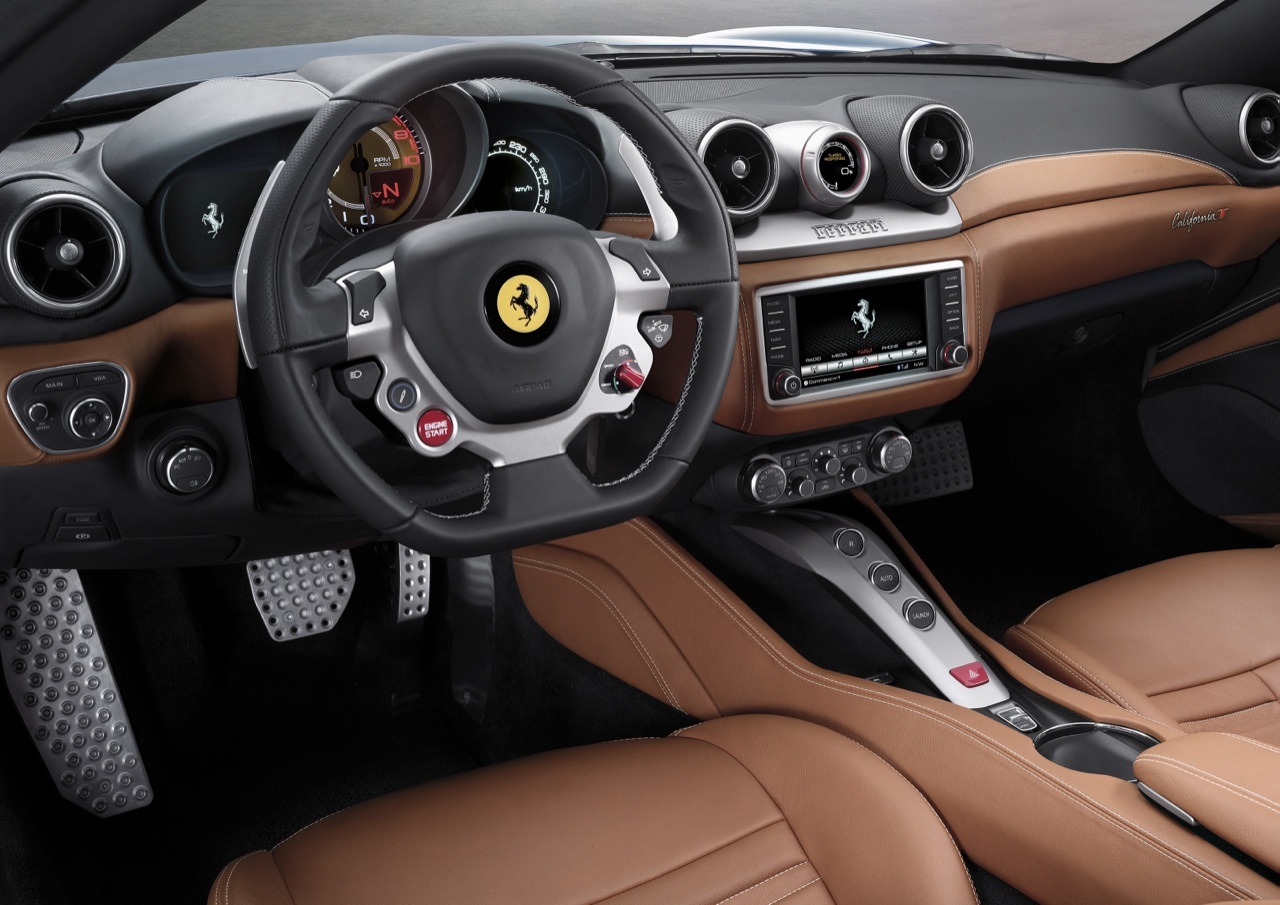 But why does the “T” in TPE stand for turbo, and why is there a T in the model name? Because both refer to the new engine under the hood, that’s why. The pre-T California’s naturally-aspirated 4.3L V8 has been retired in favor of a new twin-turbocharged 3.9L V8, marking the first time since the end of F40 production in 1992 that Ferrari has had a forced-induction production car in its portfolio. Furthermore, the new engine is substantially more powerful than the F40’s 2.9L twin-turbo V8: The California T’s peak figures are 552 horsepower and 557 lb.-ft of torque, the latter representing a whopping 49% increase over the old 4.3’s output. And last, but not least, Ferrari says the California T should see a 15% fuel economy bump relative to its predecessor. As before, the engine is backed by a 7-speed dual-clutch transmission.

Other mechanical revisions include a retuned suspension setup, a sharper-responding steering rack, and neck-wrenching carbon-ceramic brakes. The improvements to the stopping and steering abilities resulting from the fitment of those parts are needed, considering the California T is expected to hit 62 mph from rest in 3.6 seconds and top out at 196 mph (presumably with the top up). There’s no word on pricing yet, but we’d expect the base MSRP to grow by a couple percentage points over that of the current car. In other words, while we now find the California more appealing, it’ll also be even farther out of our financial reach. 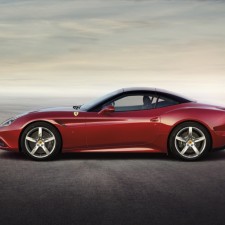 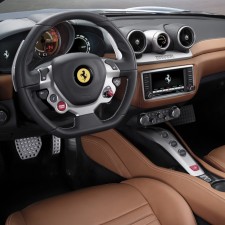 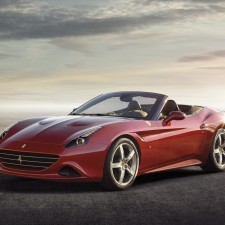 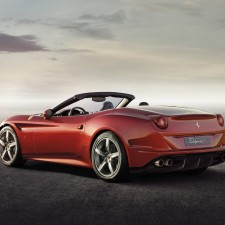 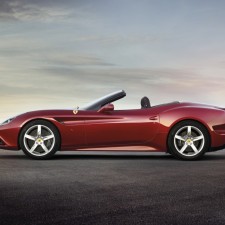