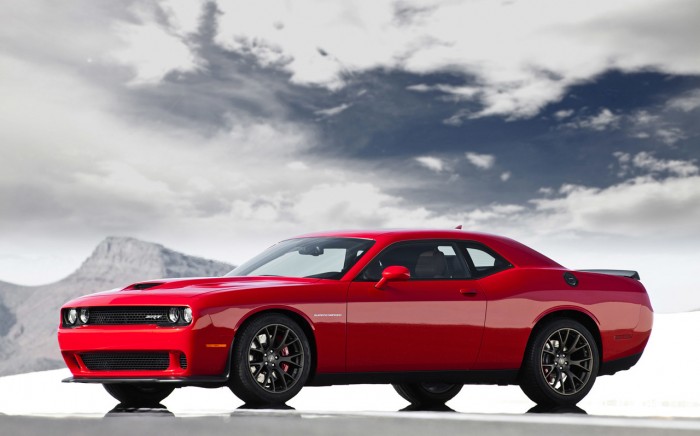 In recent years, as Ford made the Shelby GT500 even more powerful and Chevrolet introduced the Camaro ZL1 and Z/28, it became more and more clear that the Dodge Challenger was the weak sister of the neo muscle car trio. Granted, the enlargement of the Gen 3 Hemi V8 to 6.4L in the Challenger SRT a couple years ago helped, but in a market segment where numbers are everything, its 470 horsepower might as well be 470 pillbugpower. Fortunately for members of the Church of Mopar, Pope Ralph and crew have been hard at work on a force-fed fire-and-brimstone-filled sermon codenamed Hellcat. 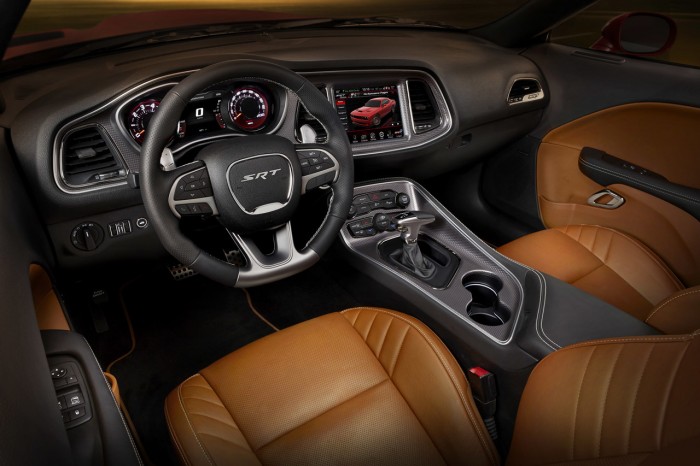 And much to the delight of ourselves and many others, that internal codename has been applied to the production version, whose full name is the 2015 Dodge Challenger SRT Hellcat. Like the lesser 2015 Challengers, the SRT Hellcat features revised front and rear styling and a fully-remodeled, far more modern interior. Additionally, the Hellcat gets a Viper-inspired hood scoop, unique 20” wheels wearing Y-plus-rated Pirelli tires, and “Supercharged” lettering on the front fenders. That last item refers to the supercharged 6.2L Hemi V8 under that scooped and vented hood. SRT is playing coy about output figures for the moment, saying only that it will be a number greater than 600 horsepower, making it the most powerful street-legal production V8 in Chrysler history. A standard 6-speed manual transmission and an optional TorqueFlite 8-speed automatic with paddle shifters will be tasked with sending that prodigious power to the rear wheels. 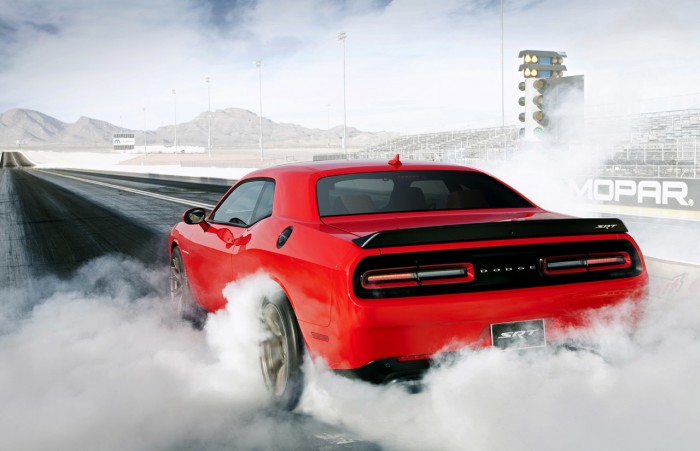 And in case you find the prospect of uncorking this supercharged screamer a little too intimidating, Dodge and SRT will still offer a regular-strength Challenger SRT powered by the above-mentioned naturally-aspirated 6.4L Hemi, which now makes 485 horsepower. Transmission choices are shared with the SRT Hellcat, and the interior and exterior appearances are similar. Look for definitive performance figures and pricing info to drop closer to these carnivorous Challengers’ on-sale date sometime this fall. 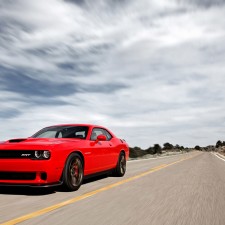 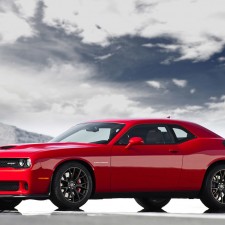 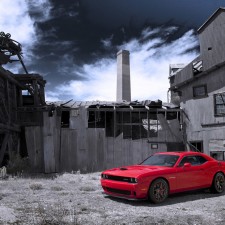 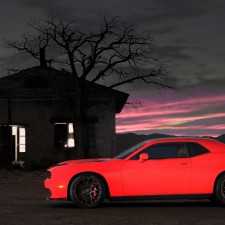 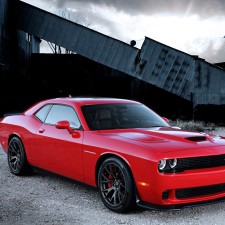 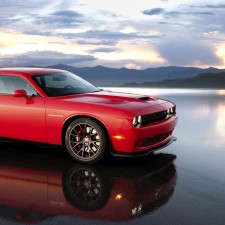 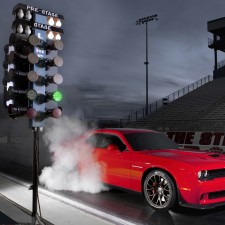 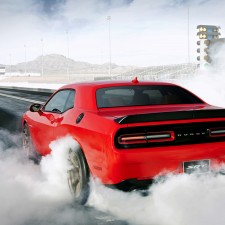 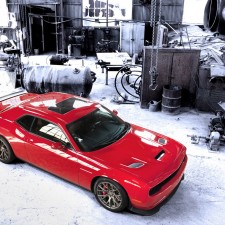 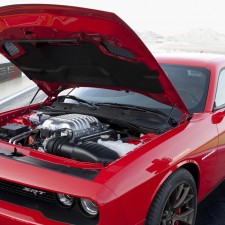 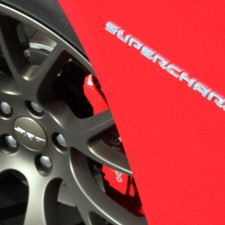 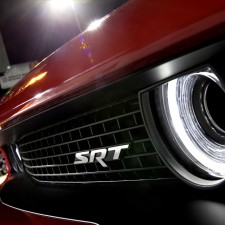 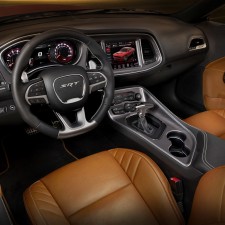 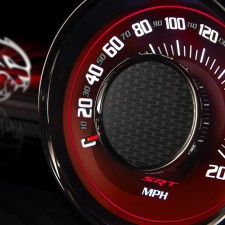 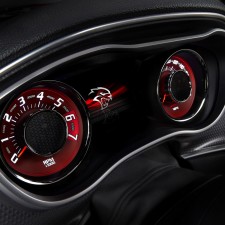