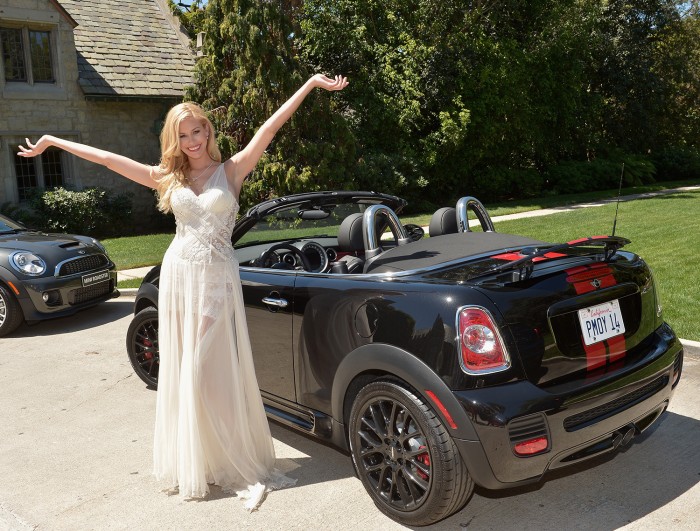 Fifty-two weeks ago, Raquel Pomplun – the 2013 Playboy Playmate of the Year – was awarded (among other things) a one-year lease on a Jaguar F-Type Roadster. Not half bad, as prizes go. Ms. Pomplun’s successor also gets to spend 12 months at the wheel of a two-seat British ragtop, though 2014 Playmate of the Year Kennedy Summers’ Blighty-built roadster is a rather different bit of kit. 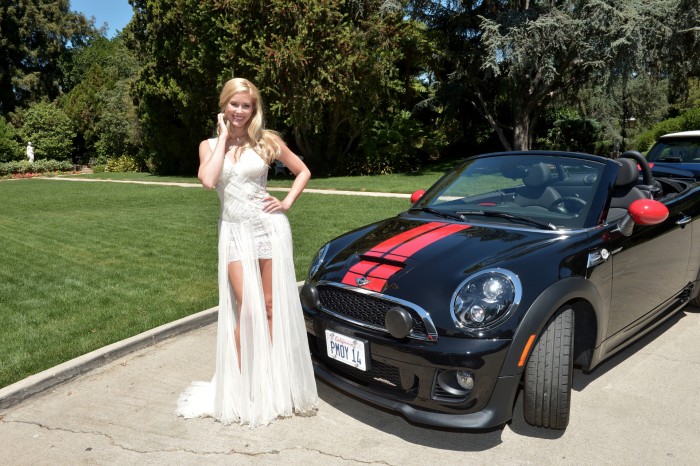 The Mini John Cooper Works Roadster has just four cylinders and front-wheel-drive, but that 1.6L four is turbocharged to the extreme to deliver 208 horsepower and 192 lb.-ft of torque (207 lb.-ft with overboost activated). Still, a Mini – even a JCW one – is hardly the most ferocious ride ever awarded to a Playmate of the Year, but we don’t think Kennedy takes issue with that. 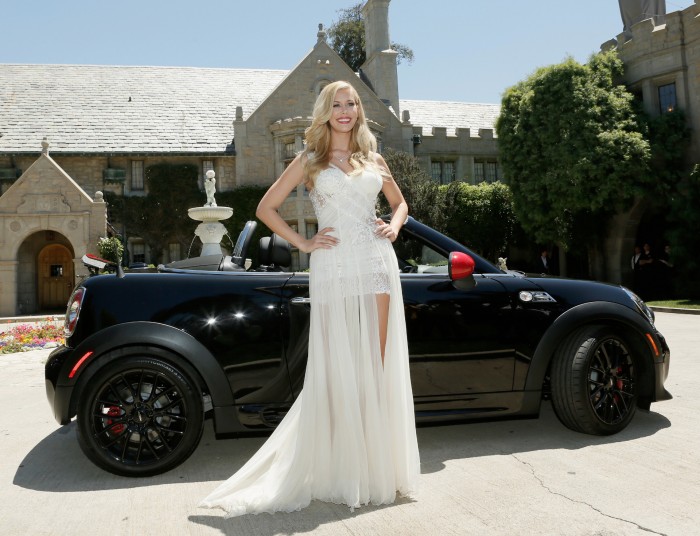 You see, in addition to being absurdly gorgeous, this delightful 27-year-old blonde has more important matters occupying her thoughts…namely wrapping up her third year of medical school and obtaining her master’s degree in health administration. (Equal doses of beauty and brains FTW!) Summers aims to eventually become a plastic surgeon; whether or not she’ll be, uh, “enhancing” future Playmates is anyone’s guess. In any case, congratulations to you, Kennedy! May you enjoy your year of top-down motoring, and may all your nipping and tucking dreams come true.