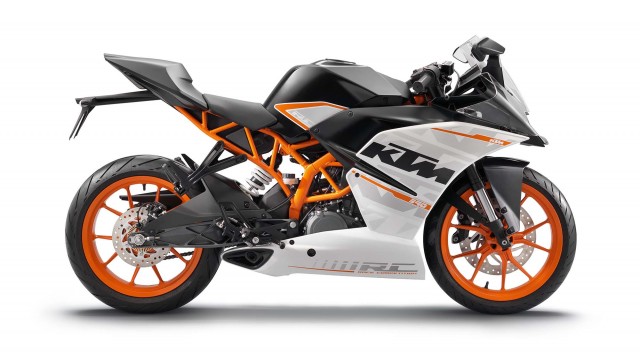 When most people hear the phrase “single-cylinder motorcycle,” they imagine a limp-wristed conveyance for put-putting around town. However, some pretty peppy singles have been made over the years. And while they might leave you wanting when it comes to acceleration and max speed, their light weight tends to give them exceptional agility.

The engineers at KTM must be well aware of the virtues of spindly singles; why else would they have come up with the new RC 390, which debuted at this week’s EICMA show in Italy. And while it might look like a dedicated sportbike, it actually uses quite a few off-the-shelf components. 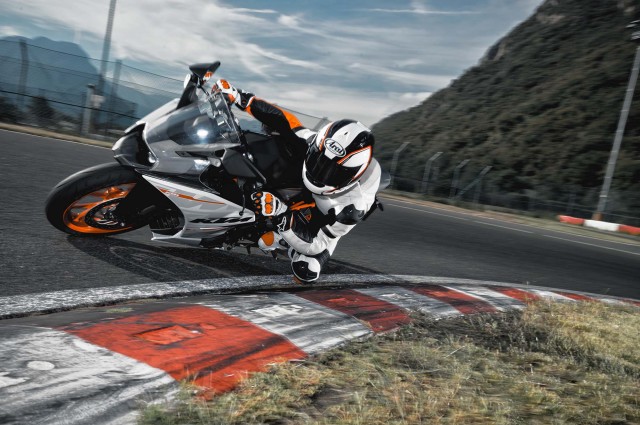 Yes, the RC 390 may have wind-tunnel-honed bodywork inspired by the wicked-fast 1190 RC8 R and proper hunched-forward riding position, but the chassis is actually based on that of KTM’s small-displacement naked bike, the 390 Duke. Note that we said “based on” and not “lifted directly from”; that’s because the RC 390 uses a different tail section suspended by a trellis frame, and features a shorter wheelbase thanks to redesigned suspension front and rear (the front fork from WP Suspension has the same tube diameter as the one found on the 1190 RC8 R). The brakes are designed by Brembo (and feature ABS standard), and the wheels and tires are big 17-inchers. 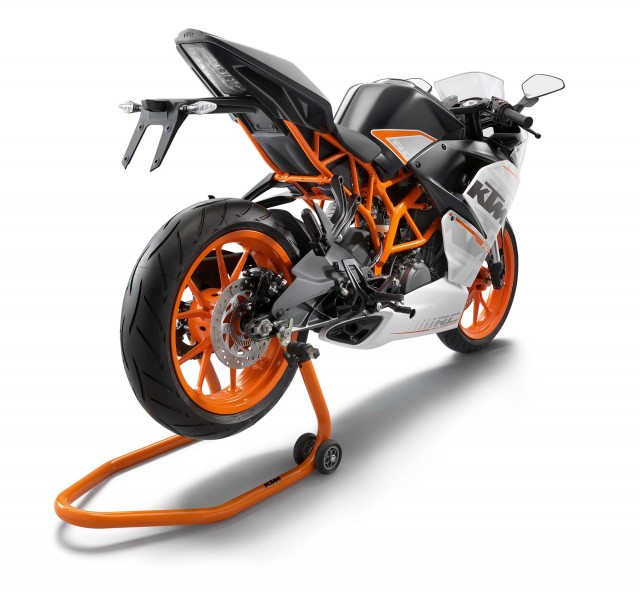 The engine is also borrowed from the 390 Duke. It’s a 373cc DOHC single, and it’s rated at 43 horsepower. Spent gases are expelled from the engine through a racing style underbelly exhaust. KTM hasn’t indicated what kind of performance figures we can expect from the RC 390 (or its equally new little brothers, the RC 250 and RC 125), but straight line speed isn’t really what this sportbike is about. It’s all about momentum, carrying as much speed as you can through the corners.

KTM is also keeping a tight lid on the RC 390’s price, at least for the time being. Rumor is it might be in the neighborhood of $8,000. If that’s the case, the Austrian nameplate could have a genuine sales smash on its hands. 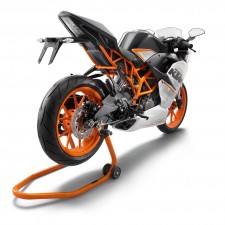 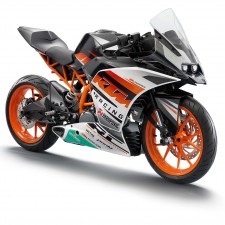 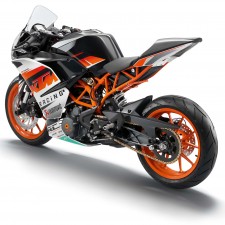 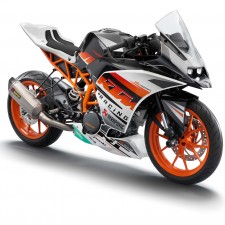 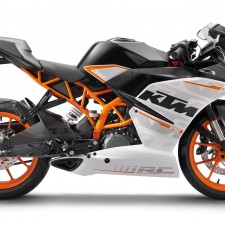 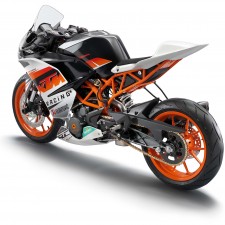 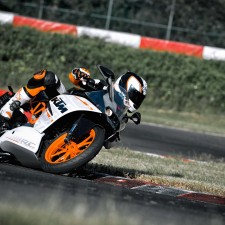 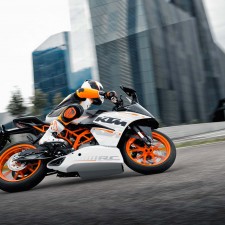 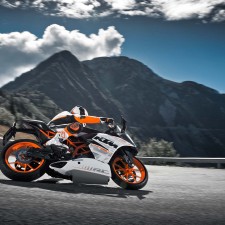 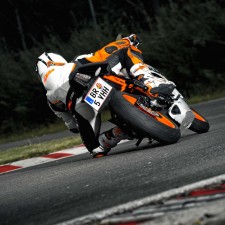 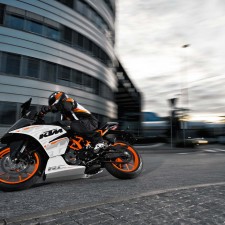 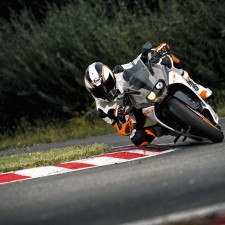 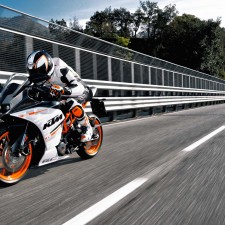 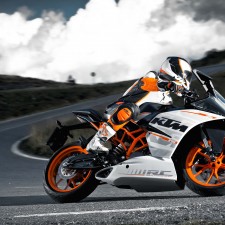 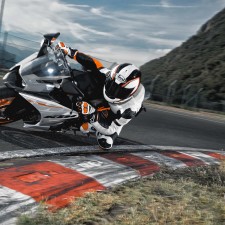