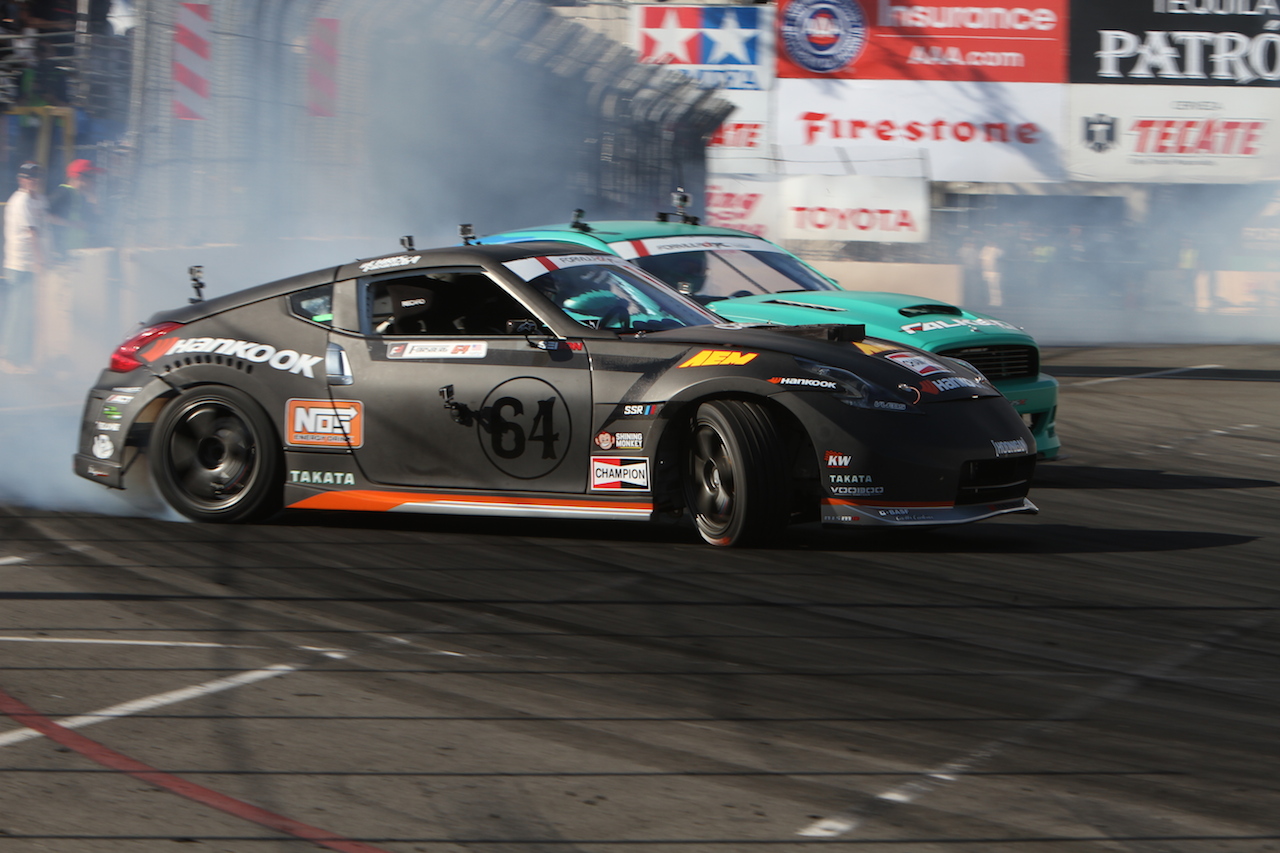 Way back in 1975, when British expat travel agent Chris Pook and American motorsports golden boy Dan Gurney laid out a race course through the streets of Long Beach, California, it’s highly unlikely anyone could have foreseen a day when a new breed of racers would be using some of those same streets as a venue for seeing who could probe the limits of car control and see who could get the most sideways. After all, as far as traditional forms of motorsport are concerned, oversteer is generally a bad thing, costing a driver time and straightaway speed.

But as we all know, drifting can hardly be considered a traditional category of motorsports. Then again, Formula Drift opening its season on the streets of Long Beach a week before the Toyota Grand Prix of Long Beach has become a tradition for the series. And because Long Beach is the only street course on the Formula D schedule, it presents some unique challenges that tend to reward experienced drivers. Such was the case with the 2014 running, which took place over the weekend. 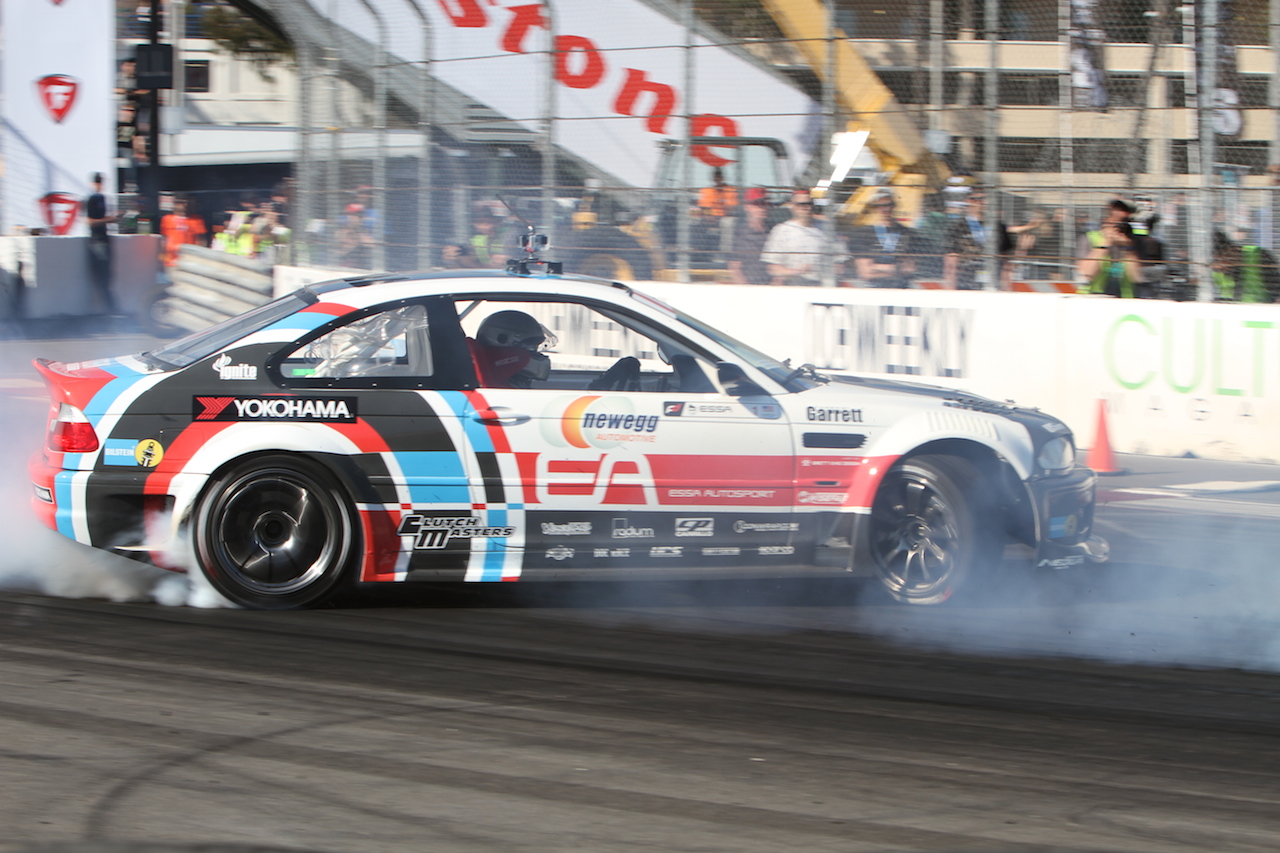 Last year’s series champion Michael Essa(above) showed he’s more than up to the challenge of keeping his crown, grabbing the #1 seed in qualifying and subsequently disposing of rookie Jeremy Richter, Mats Baribeau and Forrest Wang on his way to the semifinals. On the same side of the ladder, Kenny Moen eliminated Geoff Stoneback, Robbie Nishida and fellow Norwegian Fredric Aasbo in his march to the final four. On the other side of the ladder, Chris Forsberg reached the semis at the expense of last year’s Long Beach winner Dai Yoshihara (who has retired his Nissan S13 in favor of a shiny new Subaru BRZ wearing the traditional Falken Tire blue-and-aqua color combo), Patrick Goodin and Darren McNamara, while Justin Pawlak knocked out Jeff Jones, Ryan Tuerck and Odi Bakchis en route to his showdown with Forsberg.

Essa’s march to the final round ended at the hands of Moen and the Bridges Racing Nissan 240SX S14, and Forsberg used his Hankook Tire Nissan 370Z (now sporting a sinister dry carbon fiber look) to end Pawlak’s run. Essa and Pawlak squared off for third-place honors in the consolation round, with the former (driving his Essa Autosport BMW M3 E46) besting the latter (in the Falken Tire Ford Mustang). 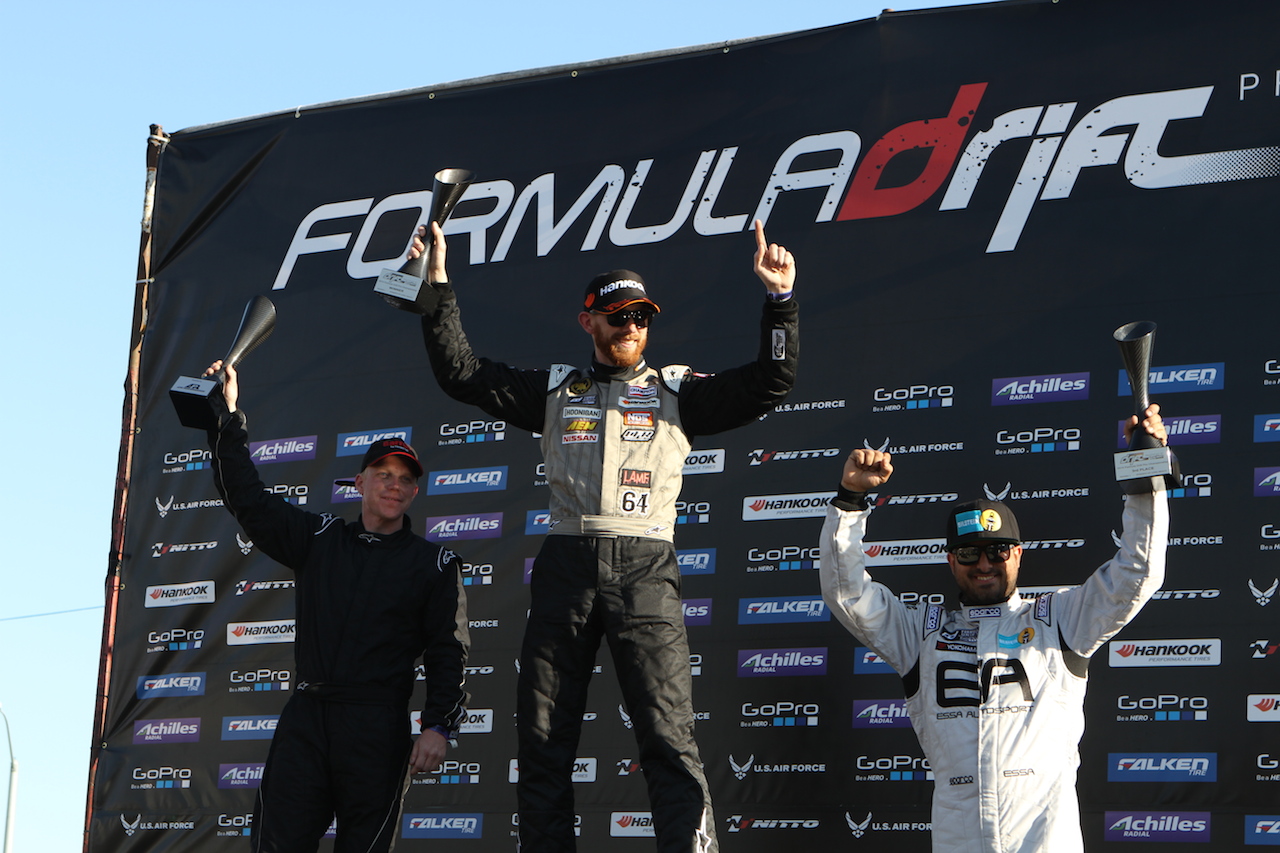 That left only the battle for top honors to be fought. Moen gave it all he had, and it took a lot of deliberation from the judges, but in the end it was Forsberg that came out on top in front of a sell-out crowd and hundreds of thousands of online viewers. And to make the win even sweeter, it came on the eve of his 32nd birthday. But best of all, Forsberg gets to keep celebrating his win for just over one month, because the second round of the championship – Road to the Championship at Road Atlanta – won’t take place until the weekend of May 9 and 10.