We drove a bunch of new Ford cars, trucks and crossovers at a press junket last year, and one of the vehicles that impressed us the most was the F-150 SVT Raptor. We found the civilized on-pavement ride, trophy truck exhaust note and overall athleticism to be revelations. We reckon if we had gotten to drive it off road – its natural habitat – we would have fallen head-over-heels in love with it.

It seems like a lot of American pickup truck buyers are smitten as well, since Ford has sold thousands of these extended cab and crew cab stump jumpers. Just last year it managed to move more than 13,000 of the things, and sales are currently up 14% over this time last year! That’s pretty impressive when you consider the ongoing concerns about fuel prices, the health of the economy and other geopolitical and socioeconomic boogeymen. And to commemorate the commercial success of the Raptor (and the fact that 2014 will be the final year for the current generation model), Ford and SVT have announced the F-150 SVT Raptor Special Edition.

Like the regular Raptors, the Special Edition features a special front bumper, grille, hood, wider fenders and other unique body bits, plus matte black vinyl graphics and accents, big wheels and tires, raised ride height, skid plates galore, and desert-racing-ready Fox Racing Shox dampers. It also packs the same 6.2L V8 producing 411hp and 434 lb.-ft of torque, 6-speed automatic transmission and electronic shift-on-the-fly four-wheel-drive system as the regular Raptor, so you can attack almost any terrain quickly and with minimal fuss. In short, they haven’t done away with anything that makes the Raptor a total badass. 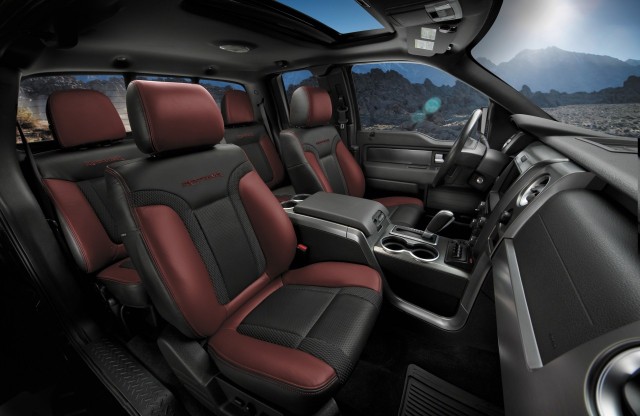 So what makes the Special Edition…special? Well, for one, one of the two exterior colors offered is Ruby Red Metallic, a hue normally not available on the Raptor (Tuxedo Black is the other color choice.). There are also unique vinyl appliques for the sides of the bed. Inside, you get all the equipment from the Luxury Package (including heated 10-way power front seats, rearview camera, a Sony audio system with navigation and Sync and automatic dual-zone climate control), with the addition of exclusive Brick Red leather seat bolsters with black leather inserts and black honeycomb cloth accents. It looks like a nice place to be, whether you’re loafing through the Lowe’s parking lot or blasting down a lumpy dry riverbed.

Ford hasn’t yet said how much the Special Edition package will add to the price of a Raptor, but we do know that on a 2013 Raptor the 801A equipment group (which is required for the Luxury Package) adds $4,760 to the price. Certainly not everyone wants or needs all these extra toys and creature comforts in the most off-road-ready pickup you can buy from a major manufacturer, but for people who do want them, this will be a nice way to get them. Besides, that Ruby Red Metallic paint looks fantastic. 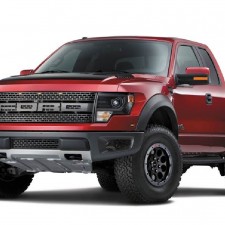 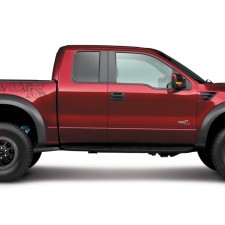 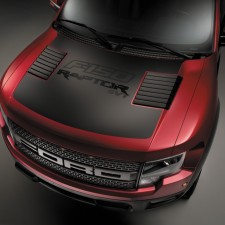 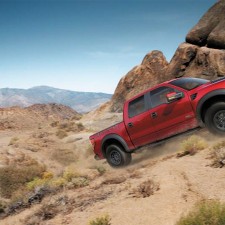 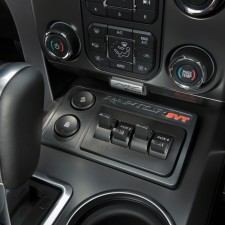 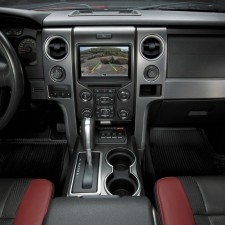 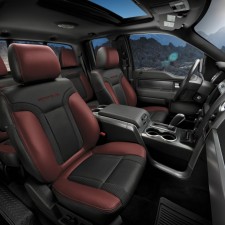