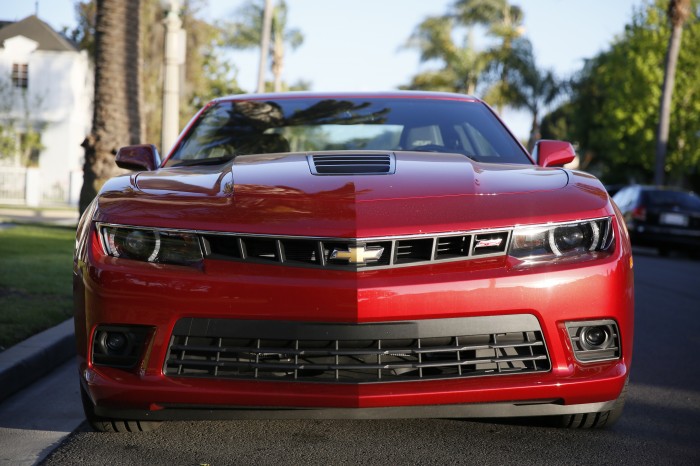 Back in 2002, Chevy halted 35 years of production of the Camaro in a controversial move that rocked the automotive world (or at least a piece of it). At the time, Chevy claimed no intention of reviving the model in the future. But 8 years later the Camaro was back in a big way with a retro-inspired design that won countless awards and a new platform that provided huge performance potential.

Over the last 3 years there have been minor tweaks here and there but nothing particularly remarkable (except for the introduction of rockstar models such as the ZL1 and Z/28). The 2014 model brings in a host of both exterior modernization and interior innovation to usher in the largest collection of overall changes to date for the 5th generation. As the most popular sports car in America three years running, Chevy knew that the aging look and feel of the existing model needed a refresh in order to stay relevant with the all new 2015 Mustang looming on the horizon. 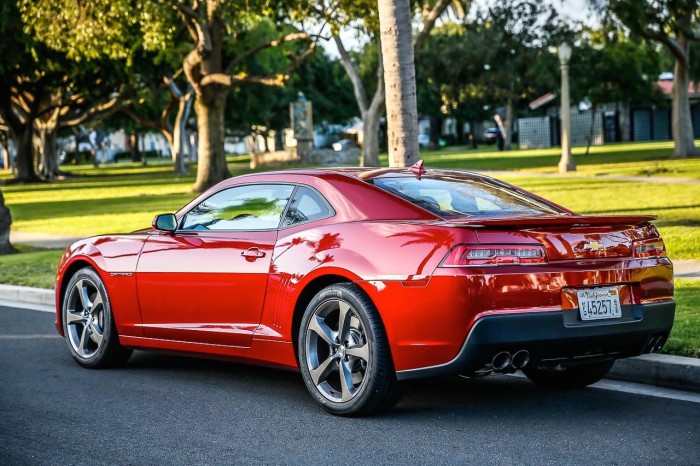 The visual changes are not drastic but enough mid-generation tweaks abound to really give the car a fresh look. The menacing front grill was already a crowd pleaser but is now even sleeker and more streamlined with the removal of the horizontal bar breaking up the vertical slats. The headlamps are both wider and narrower with the skirting below offering significantly larger air intakes. The fog lights sit in bigger housings that carry over the aesthetic of the skirting as opposed to the circular cutouts in the bumper pre-refresh.

One-piece LED taillights that integrate the backup lights provide a much cleaner look than the previous two-piece big square taillights. The trunk lid spoiler is now more distinct and the centered LED brake light is positioned just below. The rear bumper is also set higher with a smoother integration with the rear skirting below.

In addition, there are now fully functional hood vents that take the form of louvers atop the center section as opposed to the previous version’s miniscule hood scoop. No more faking the funk. While the main underlying sheet metal remains in tact, the new front and rear fascia, bumper cover and hood, taken together, offer a welcome update that should carry the Camaro well into the next overhaul. 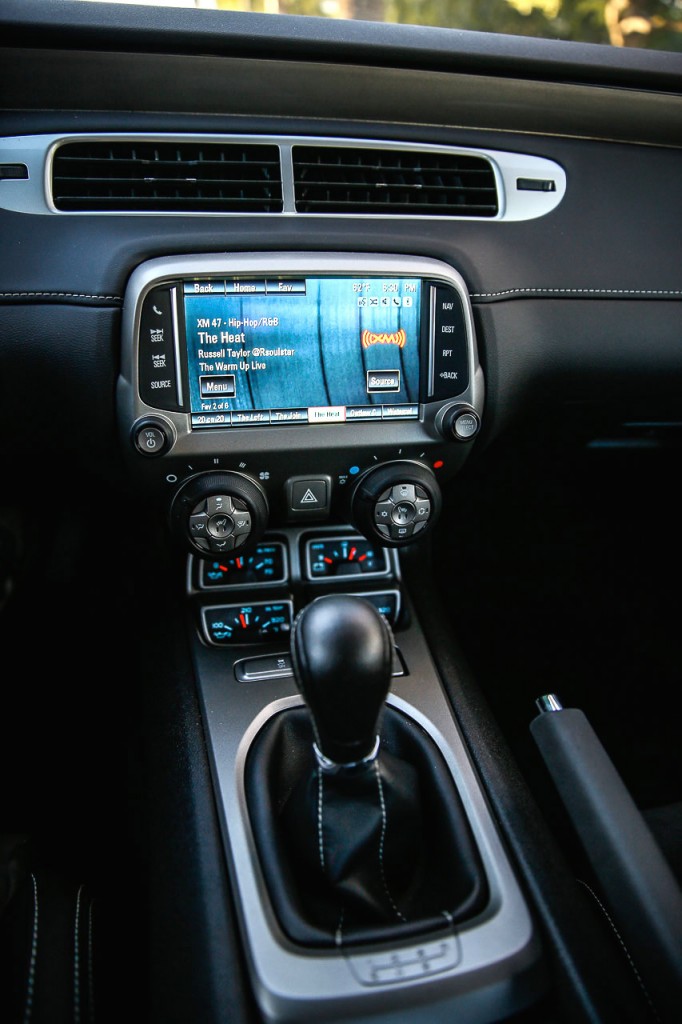 While you may be wowed by the new exterior, the interior is still somewhat lackluster. The plethora of hard plastic makes the car feel a little cheap but the overall styling is smart enough to negate this to some extent. Folks seems to either love or hate the square bezels around the gauges, but we think it’s still a really nice retro touch. 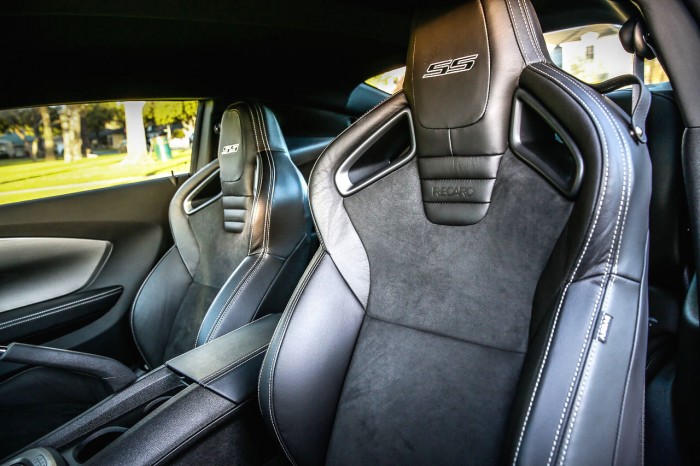 The new Recaro seats are stellar, providing excellent bolstering and giving the interior a real sense of motorsports-inspired flair. The touchscreen display brings the car into the 21st century with a clean layout and approachable menu system. The ability to control smartphone apps such as Pandora is also a welcome addition. 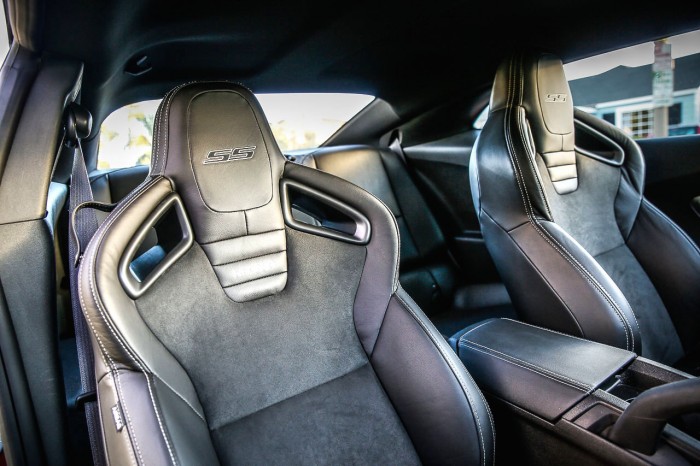 The Camaro is big and wide and yet the rear seats are the smallest in this segment. The trunk is also quite diminutive with only 11.3 cubic feet of space. Additionally, it’s challenging to load larger items as the opening itself is rather narrow.

Driving the Camaro still feels a bit like operating a Sherman Tank as the low slung roof and chunky pillars eliminate any chance of having a good vantage point. And when the sun is glaring, don’t count on the little visors to aid with visibility; with every successive attempt to use them, I increasingly understood the futility. 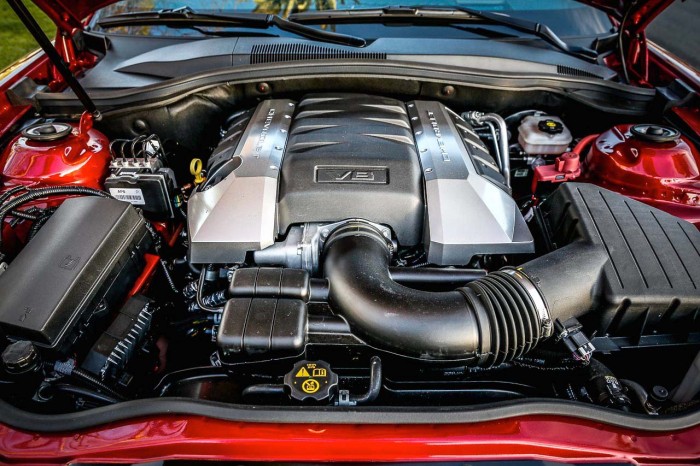 The SS package steps up the performance game in spades with the 6.2L 426hp V8 engine, 4-piston Brembo ventilated disk brakes and a limited slip differential. In addition, you also get SS specific front and rear fascia as well as seat embroidery. The 2SS offers twice the performance of the SS for half the price. Just kidding. Basically, it adds some niceties from the LT package including a color driver information center, color heads-up display (which works quite well) as well as the Boston Acoustics premium sound system and a back up camera. 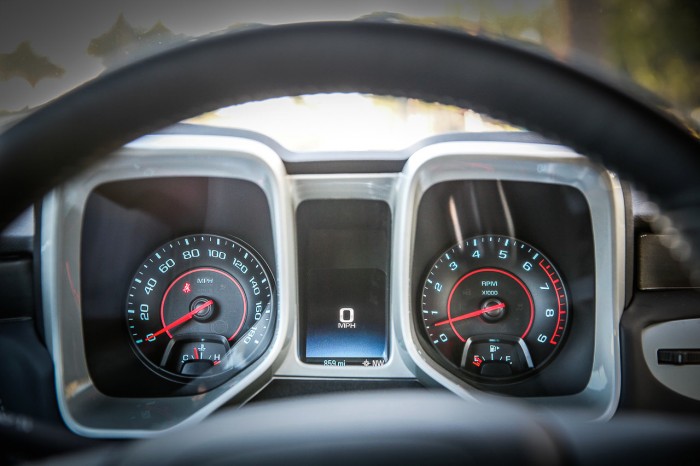 The stats alone tell you this is going to be a fun car. It’s hard not to have a grin on your face with a 6.2-liter V8 engine pushing 426 hp and 420 lb-ft of twist to the rear wheels by way of a 6-speed gearbox with short throws and silky smooth shifts. The low rumble that only an American muscle delivers out of the box is sublime and the dual-mode system actually suppresses the sound output at slow speeds while really letting it roar when on the throttle.

The Camaro 2SS is big and chunky, so you have to employ discretion and some finesse when tossing it around, but you will definitely be well rewarded. The Camaro has come a long way from its days of unwieldy handling and now offers precise steering, solid composure, firm grip and actually instills a sense of confidence. And the Camaro 2SS feels much smaller than its significant size would indicate, eating up corners like PacMan and going in the exact direction it’s pointed. 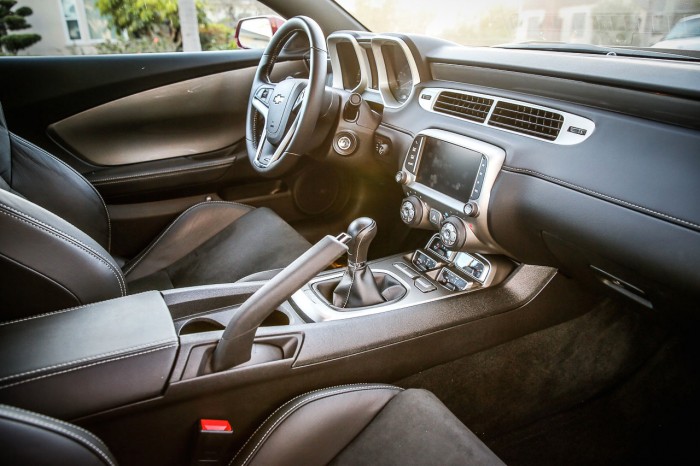 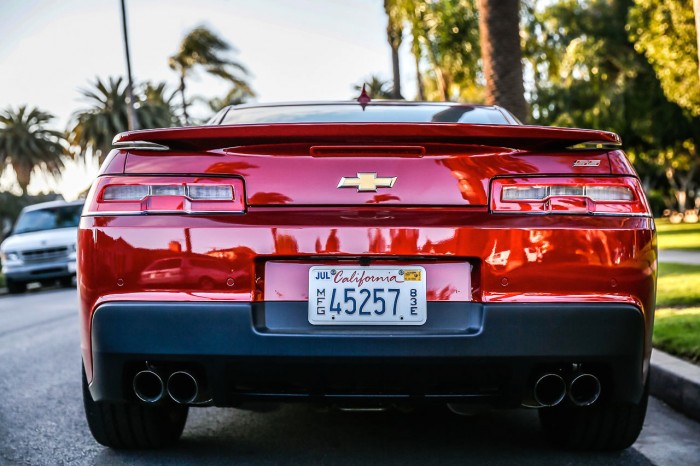