2014 Audi RS6 Avant is Another Superwagon You Can’t Have 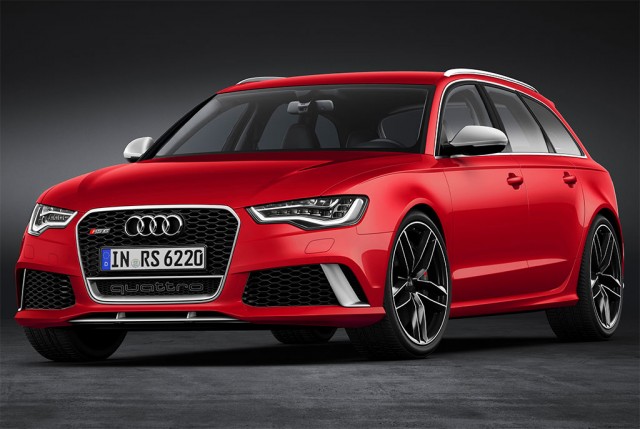 It seems like only yesterday we were drooling over Vilner’s green-and-black Audi RS6 Avant. Oh wait, it was yesterday. But that creation is based on the old C6-platform RS6 Avant, with a big, thirsty Lamborghini-derived V10 (with two turbochargers) crammed between the front wheels. Since then, Audi, like many auto manufacturers, has been focusing on designing its new models with smaller engines and less weight. And its approach to the new RS6 Avant is no different.

Naturally, the new RS6 Avant is based on the current C7-based A6 and S6, meaning the wheelbase is about three inches longer than before. However, Audi claims this new draggin’ wagon is 220 lbs. lighter than the old one, thanks to a body structure that’s about 20% aluminum. That means handling should be sharper, stopping distances should be shorter, and it should require less power to get it up to speed. 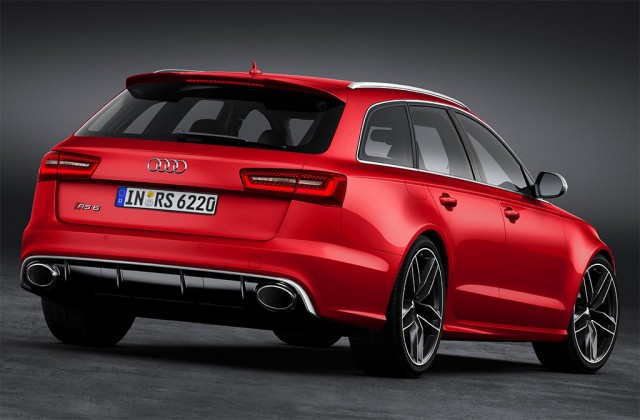 That latter attribute is crucial, because the new RS6 Avant is less powerful than its predecessor…though not by much. Instead of the old car’s 5.0L twin-turbo V10 belting out 571hp and 479 lb.-ft of torque, the new RS6 Avant packs a super-high-output version of the 4.0L twin-turbo V8 found in the Audi S6, S7 and S8 (as well as the Bentley Continental V8). Claimed output in this application is 552hp and 516 lb.-ft of torque. That’s pretty good, but what’s even better is that this engine (which features reverse-flow heads and turbochargers located within the “V”) is equipped with an automatic stop-start system and a cylinder deactivation system that lets the engine operate as a V4 under light loads. Couple that with an 8-speed automatic transmission with Tiptronic manual shifting and the latest quattro AWD system featuring automatic torque-vectoring center and rear differentials and you get an astounding 24 mpg combined on the European testing cycle, or about 40% better than the old RS6. That is what’s known in the car business as damned impressive. 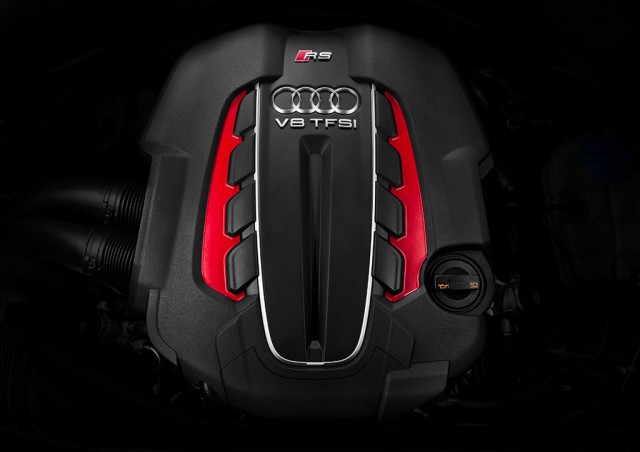 What’s also impressive is how this thing looks. In the interest of full disclosure, we are huge station wagon fans. However, even if you aren’t, you have to admit that this one’s quite the looker. The lower, bolder face features honeycomb grille inserts and “quattro” emblazoned on the lower center opening. The front and rear fenders are flared, but they certainly don’t look like they were just haphazardly tacked onto a regular A6 Avant body. Those fenders are stuffed full of 20” or 21” split-spoke alloy wheels backed by optional carbon-ceramic brake rotors. Out back, there’s a spoiler atop the tailgate, and a big diffuser surrounding two immense oval tailpipes below it. Finally, an air suspension system – the first Quattro GmbH model thus equipped – help keeps this lusty longroof low, flat, and stuck to the black stuff in the turns. 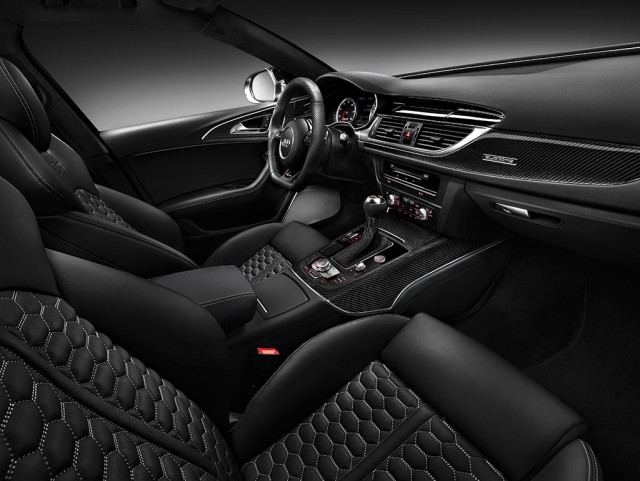 And you will be coming up on those turns very, very quickly. Audi claims the new RS6 Avant will sprint from parked to 62 mph in a ridonk 3.9 seconds. That’s crazy fast for any vehicle, much less a station wagon weighing more than two-tons and boasting 59.33 cubic feet of cargo space. Top speed is electronically limited to 155 mph, but you can raise that to 174 mph by ordering the Dynamic package, or 190 mph(!) with the Dynamic Plus package.

Of course, the question on the lips of every gearhead in this country is “Will it be available here?” Well, in a word, no. Shocking, we know. (Will there be an eventual sedan version that might be offered on these shores? Audi’s lips are sealed.) Long story short, though, your only choices for new blazing-fast station wagons in this country remain the Cadillac CTS-V and Mercedes-Benz E63 AMG (neither of which even offers all-wheel-drive as an option, to the likely dismay of many Snowbelt inhabitants). And that’s just sad. Expected and, from a sales perspective, logical, yes, but sad. 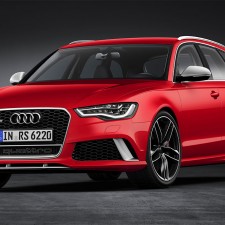 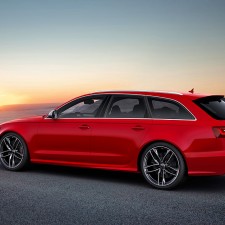 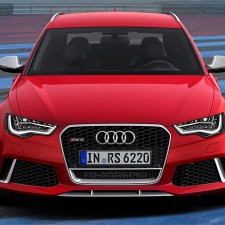 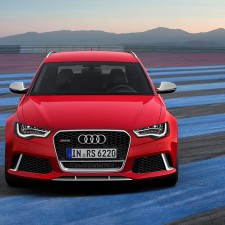 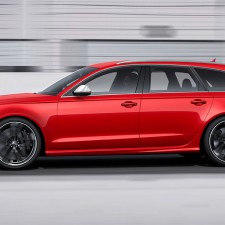 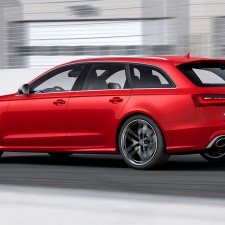 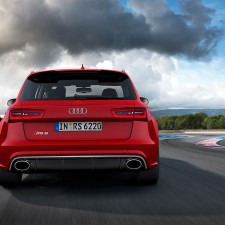 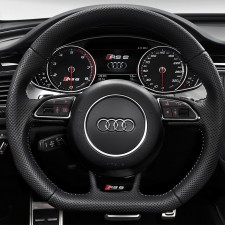 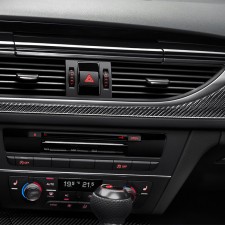 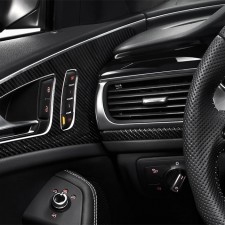 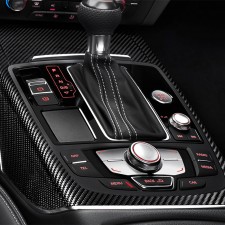 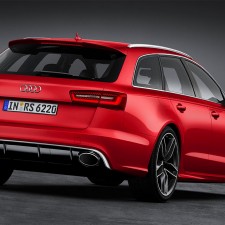 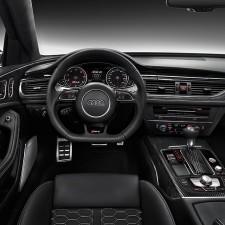 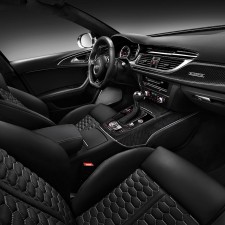 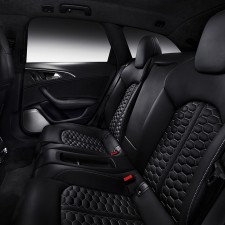 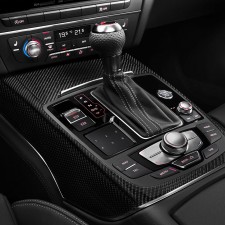 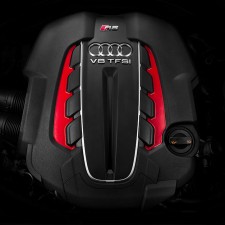 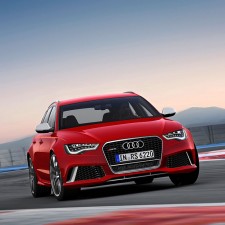 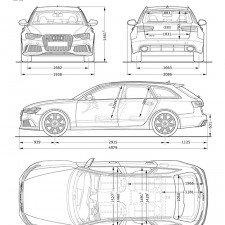 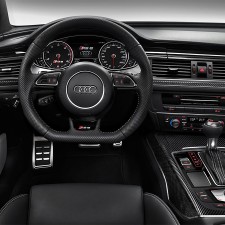 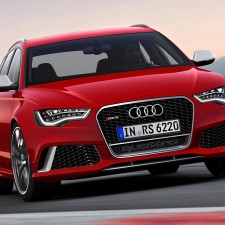 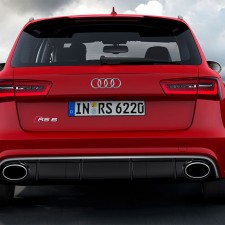 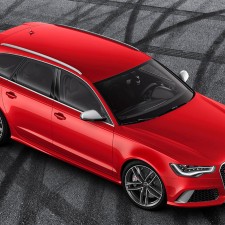 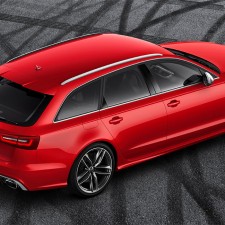 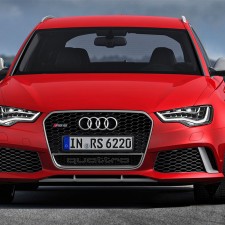 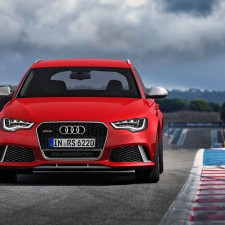