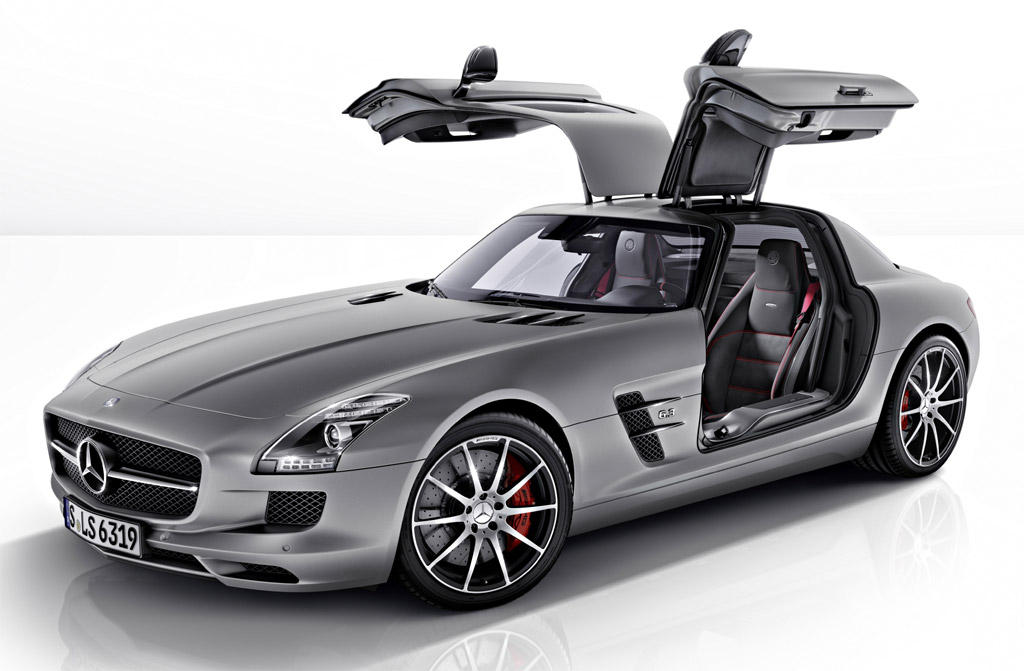 Although it's not our favorite supercar, we certainly wouldn't turn down a free Mercedes-Benz SLS AMG if it was offered to us. With features like a raucous normally aspirated V8, meticulously honed chassis and muscular styling (though we much prefer the looks of the roadster to the coupe, conversation-starter gullwing doors be damned), the present performance flagship of the world's oldest automaker is hard to ignore.
So you can imagine how many chins hit the deck when word filtered out of Stuttgart that the 2012 SLS coupes and roadsters will be the last. After all, they were just introduced as 2010 and 2011 models, respectively. However, the SLS isn't really being discontinued, at least not in the normal sense of the term. Instead, SLSs for model year 2013 and beyond will be known as SLS AMG GTs. Why the GT suffix? To denote some noteworthy detail refinements and improvements, of course. 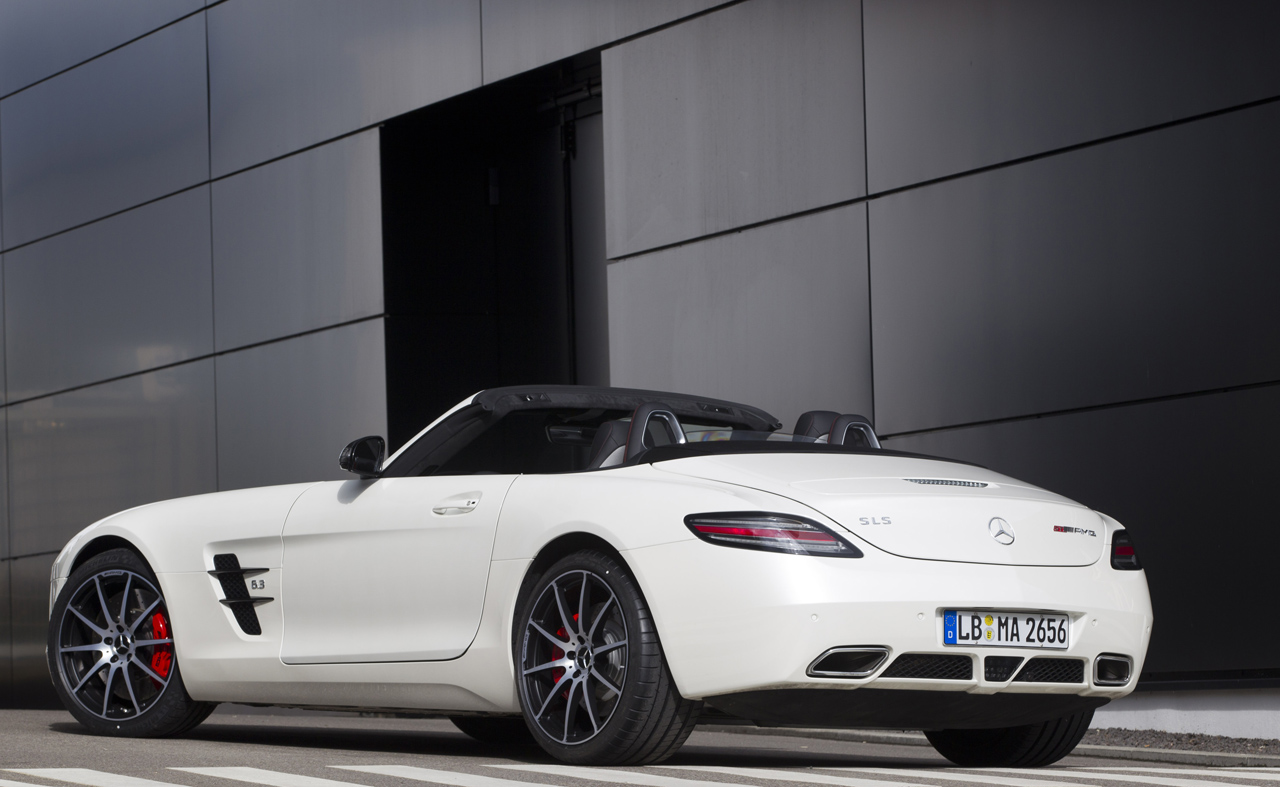 The change that will likely interest the majority of you is the extra power gushing forth from the 6.2L V8 under the hood. The four-stroke shamans at AMG have managed to coax an extra 20 horsepower out of the powerplant, for a total of 583hp (Torque remains unchanged at 479 lb.-ft.). As an added bonus, you get to hear more of the music from the big twin-four, since engineers have also fiddled with the exhaust system. The dual-clutch 7-speed transmission has also been recalibrated to provide smoother and more prompt gear swaps, particularly on downshifts.
Of course, it's one thing for a car to be faster than its predecessor in a straight line, but if its performance is the same (or worse) in the turns, what's the point? (No, making it a better bracket racer doesn't count.) To this end, the AMG engineers have also revised the suspension, adding the new AMG Adaptive Performance Suspension system to the mix. It combines electronically-controlled dampers with firmer springs to create what the spokes-Leute call "a more dynamic feel." Hopefully that's not a euphemism for "Make sure you don't have any loose dental fillings." 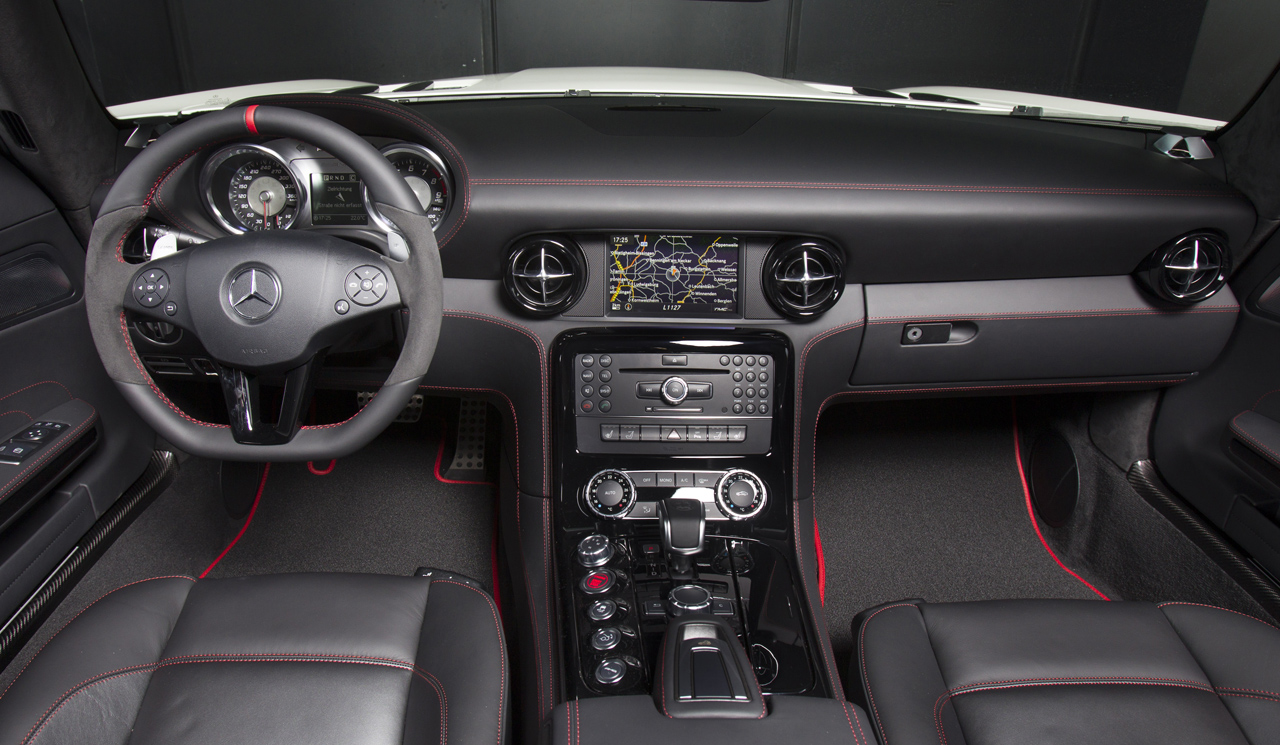 In any event, it's hard to argue with the results of all these performance tweaks. The 0-60 mph time drops by a tenth compared to the 2012 car to 3.6 seconds for the coupe, but top speed remains electronically limited to 197 mph. Even so, Mercedes-Benz claims the SLS GT is five seconds per lap quicker around the Nürburgring Nordschleife than its forebear (Seven minutes 30 seconds vs. 7:35). That is flying, kids.
And even if performance isn't at the top of your list of priorities, the SLS AMG GT has improvements for you, too. The most notable of these is the AMG designo Style package, which serves up diamond-quilted leather seat and door panel trim, Alcantara roof or roll bar trim and a variety of other exclusive touches rendered in rich, bold hues. 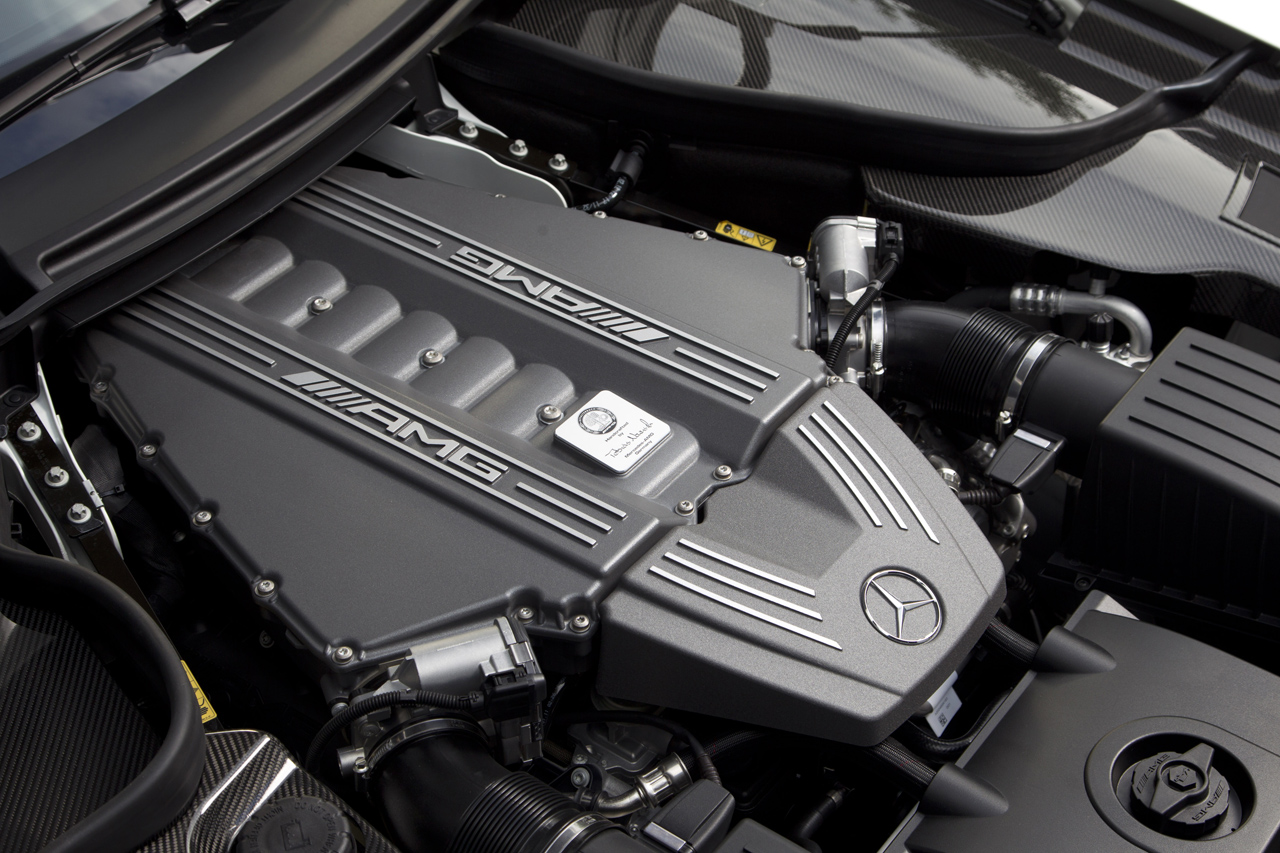 Best of all, all of these mid-cycle updates and enhancements are only expected to add about $5,000 over the retail prices of 2012 SLS AMGs. Figure about $195,000 for a coupe and a tad over $200,000 for a roadster. Options include the aforementioned designo package, as well as carbon-ceramic brakes and a Bang & Olufsen surround sound system. No, it's still not our favorite current supercar, but it's definitely more appetizing.
Source: Mercedes-Benz
Tweet
Share
Share
Pin6
6 Shares
Categories
Auto News
Tagged
Exotics|SupercarsFactory TunersGermanMercedes AMGMercedes-Benz
0
Back to Top