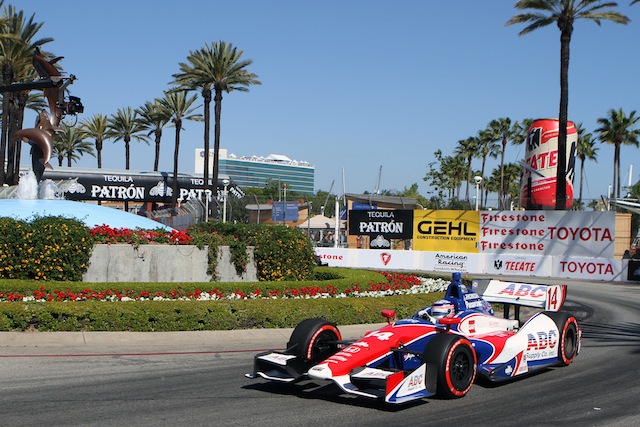 The famed streets of Long Beach saw history take place this past Sunday. Takuma Sato, driving the No. 14 Foyt Racing entry won the 39th Toyota Grand Prix of Long Beach. Sato led 50 out the 80 laps on Sunday’s race, the most he has ever led. After 52 IndyCar Series races, this was only the 3rd podium finish of his career in the series. He finished the race under yellow, followed by Graham Rahal after Tony Kanaan crashed on Turn 1 with only 2 laps to go in the race. Justin Wilson finished third, followed by Dario Franchitti in fourth.

Sato, who spent 6 years in Formula 1 before moving to IndyCar, was the first Japanese to ever win a race in the IndyCar Series. He returned home to his native Tokyo on Monday, to a hero’s welcome, on the cover of every major newspaper in Japan.Sato had qualified fourth for the race, but quickly moved up the field. He passed Will Power to take the lead while Power made a pit stop on Lap 31 during one of the race’s many full-course cautions. He is nowsecond in the IndyCar standings, only 6 points behind leader Helio Castroneves. 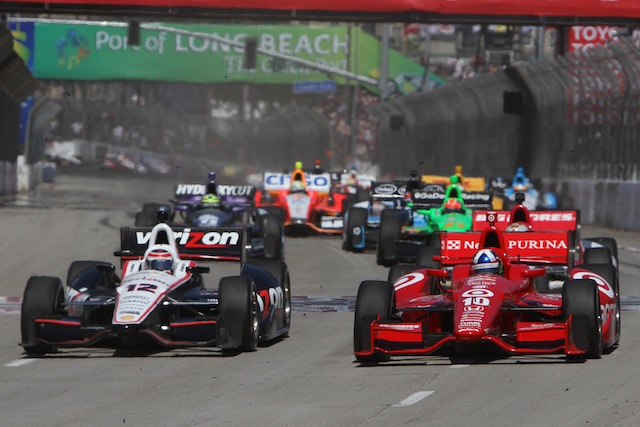 This was a finish that few could have expected. It is not often that you see an IndyCar podium without at least one driver from super teams like Ganassi, Andretti, and Penske. Aside from Sato’s win, the biggest surprise finish of the weekend was that of Justin Wilson. Wilson, who started in 24th, did not post a qualifying time, as his team was unable to get the car ready and inspected on time. Five of the top 6 qualifiers were past winners at Long Beach, and only one finished in the top 6 at the end of the race’s 80 laps. As you can imagine, there was no shortage of action during this year’s race. 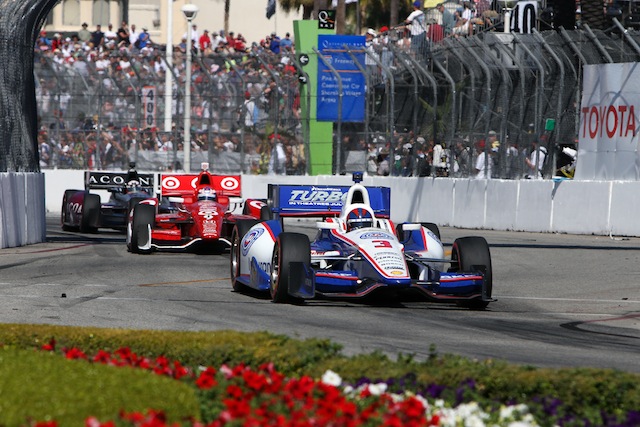 Next on the schedule for the IndyCar Series is a return to Brazil, for the Itaipava Sao Paulo Indy 300, which also takes place on city streets. Part of the course actually runs through the Sambadrome of Anhembi. For those of you who have seen photos or video of Carnaval in Sao Paulo, this is the same place.