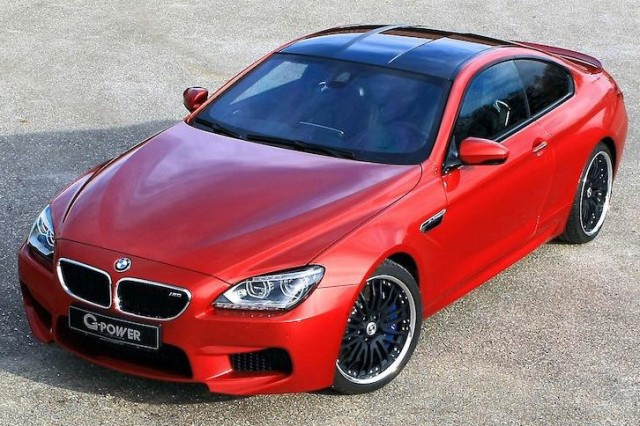 A lot of people were disappointed when they heard BMW would be replacing the prior generation M6’s banshee-wailer normally-aspirated 5.0L V10 with a high-output version of the company’s regular twin-turbo 4.4L V8. Sure, it’s significantly less thirsty than the old V10, and the torque curve is fatter than Chris Farley’s ghost, but that primal scream is no more. And for some Bimmer buffs, that’s simply not acceptable.

But these sticks-in-the-mud should be reminded of another benefit of forced induction engines: It’s easy to coax more power out of them. And the BMW experts at G-Power have taken advantage of that, giving the new M6 a supercar worthy power figure. 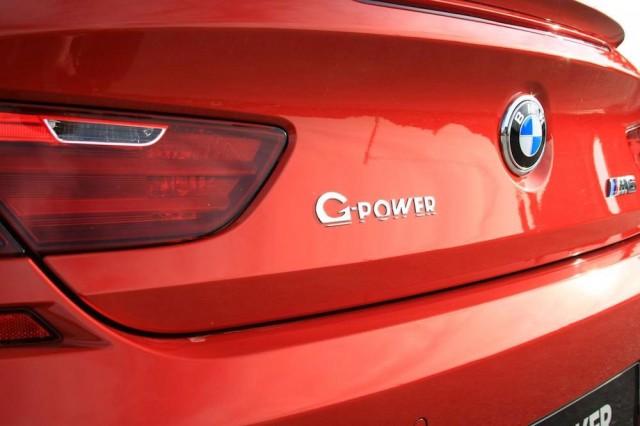 First, however, let’s take a look at the cosmetic alterations. And in classic G-Power fashion, said alterations are rather limited in scope. The only body changes are a subtle trunk spoiler and G-Power badging, while the body is closer to the pavement thanks to one of the company’s RS coilover kits. The stock M6 wheels are replaced with 21” Silverstone alloys, and the front brakes are upgraded to carbon-ceramic rotors. Nothing outrageous, but to us, that’s a good thing.

Of course, while G-Power tends to go easy on cosmetic tweaks, they usually go all-in on the mechanical tweaks, particularly under the hood. Dubbed the Bi-Tronik III Power Kit, the engine package (along with a titanium exhaust system) elevates output from 560hp to 640hp. We’re guessing torque also rises from the stock 500 lb.-ft, but G-Power isn’t saying if that’s the case. It also isn’t disclosing performance figures or pricing, though we’re betting both will be announced later; until then, our educated guesses are “faster than a two-ton luxury coupe should be able to go” and “mad skrill,” respectively.