2013 Formula Drift Road Atlanta: Round 2 Sees Daigo Saito Get His Title Defense Back on Track 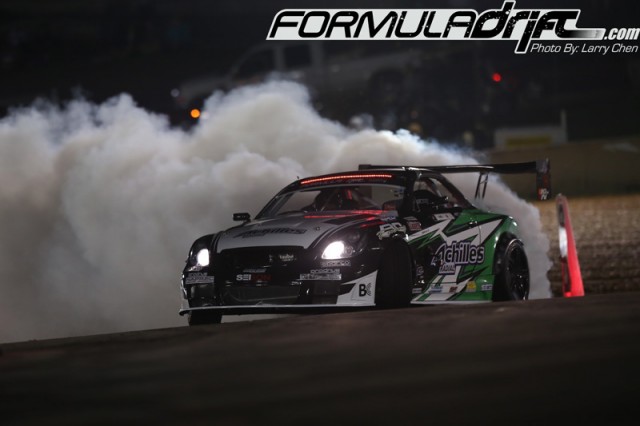 While none of the three podium finishers of last month’s opening round of the 2013 Formula Drift championship were very unexpected, the fact that the defending series champion wasn’t among them was. In fact, Daigo Saito was knocked out in the second round of eliminations in Long Beach, clearing the way for the likes of Dai Yoshihara and Vaughn Gittin Jr. to scoop up oodles of points. This begged the question: Was Saito’s fairy tale rookie season in America’s premier drifting series a fluke?

Well, Daigo Saito responded to that question with an emphatic “No” by winning this past weekend’s second round of the Formula Drift championship trail, held at the world-renown Road Atlanta circuit in Braselton, Georgia. The venue’s Formula D course utilizes the track’s Turn 10a and 10b complex, before negotiating a paved loop through the gravel trap and winding its way back through the chicane in the opposite direction. So who, along with Saito, was best able to tame this tricky layout? Read on and find out! 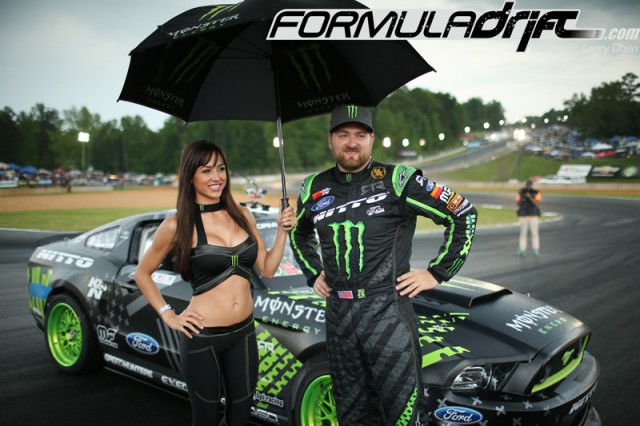 Saito and his Achilles Radial Lexus SC430 qualified in fifth on the left side of the ladder, along with Gittin(above), Fredric Aasbo and Round 1’s rather surprise fourth-place finisher, Chelsea DeNofa. Notables on the other side of the ladder included Yoshihara and the third-place finisher in Long Beach, Chris Forsberg. Aasbo, Saito, Gittin, and Forsberg all made it through their first battles of the evening, but DeNofa and Yoshihara did not, the latter’s defeat at the hands of Conrad Grunewald representing a complete and agonizing reversal of fortune for the Long Beach winner.

The Top 16 battles saw Forsberg sidelined as well, as Matt Powers knocked him out. But Powers himself would fall to Michael Essa (who defeated Grunewald in the second round) just one round later. The other Top 8 battles saw Gittin vanquish Aasbo, Saito knock out Kyle Mohan, and Darren McNamara dispose of Ryan Tuerck. There was no disputing that this final quartet was truly the cream of the crop, as intermittent showers throughout the evening meant the grip level was perpetually in flux. 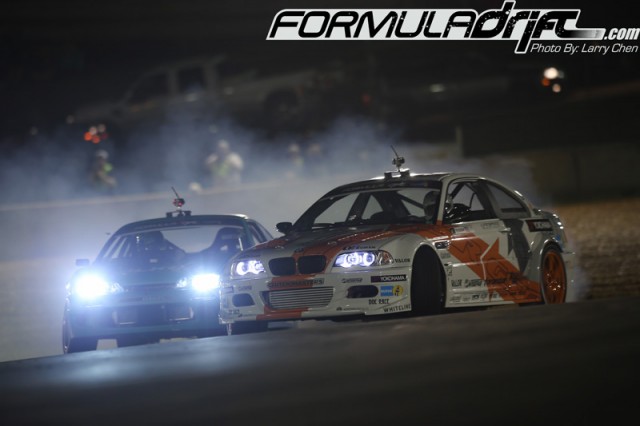 So the semifinal matchups would be Gittin vs. Saito and Essa vs. McNamara. Gittin gave it his all, but the Monster Energy/Nitto Tire Ford Mustang RTR driver didn’t have anything for the reigning champ. And (as seen above) Essa’s march to the final came to an end as the Falken Tire Nissan S14 driving McNamara earned the right to face Saito. Essa’s night didn’t get much better, as Gittin and his Mustang came out on top in the consolation round and relegated Essa and the GSR Autosport/Yokohama Tire BMW M3 to fourth. 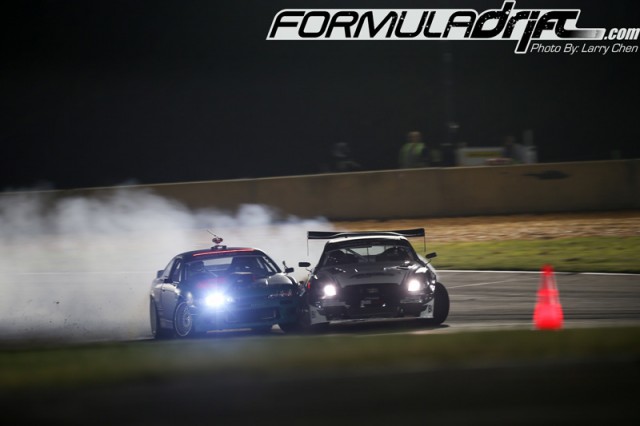 As for the final, the epic battle everyone was hoping for fizzled rather quickly; DMAC (as the Irish ace is affectionately known) misjudged Saito’s speed during the first run with Saito leading, causing a collision (above) that saw the Nissan come out worse than the Lexus. As a result, Saito’s drive to the win was slightly less difficult than normal, but neither he nor McNamara left Road Atlanta with the points lead; no, that honor goes to Gittin, whose two podium finishes in as many rounds have netted him 172 points. That figure is 11 more than Saito, and 16 more than McNamara. 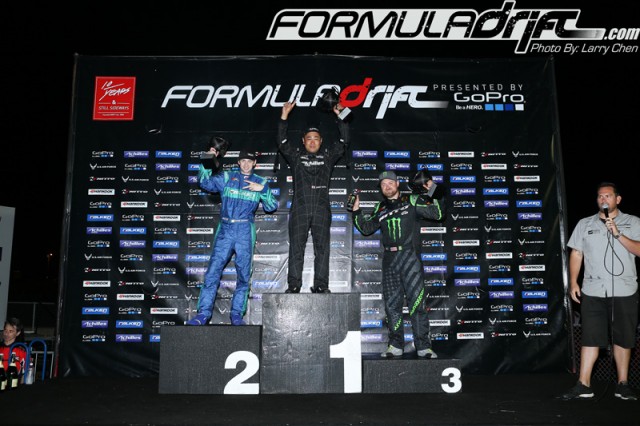