2013 Ford Mustang RTR Has Vaughn Gittin Jr.’s Hands All over It [w/ Video] 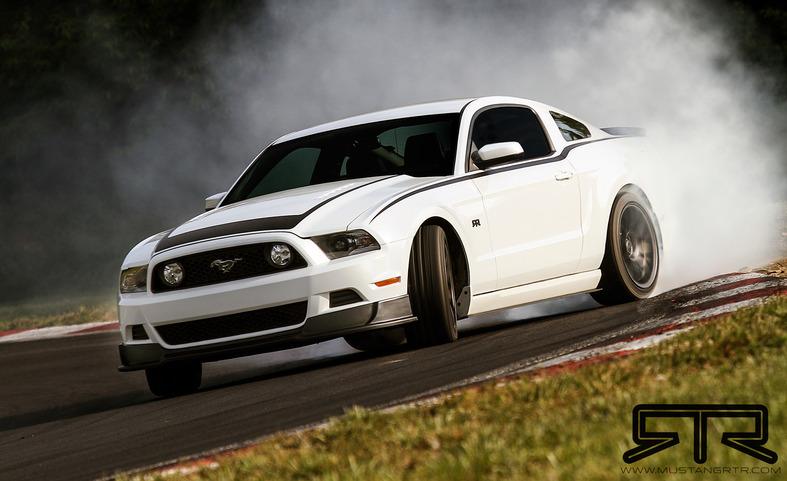 You don’t have to extol the virtues of the current Ford Mustang to us. We’re already very much on board with the throwback-yet-contemporary styling, thumping 420hp 5.0L V8 (or even the 305hp 3.7L V6), and high thrill-per-dollar ratio. And even without independent rear suspension, we’d still pick it over the Chevrolet Camaro and Dodge Challenger.

Alas, not everyone feels the newest iteration of the O.G. Pony Car is 21st century muscle car perfection. Such people tend to want better looks, an even more buttoned-down chassis, extra oomph from the engine room, or some combination of the three. Well, they’ll be happy to know the 2013 Mustang RTR (as in Ready to Race), which is built by Vaughn Gittin Motorsports (as in Vaughn Gittin Jr., the former Formula Drift champion and current driver of the Monster Energy/Falken Tire Mustang in that series) and Classic Design Concepts, addresses all three of those areas and comes in regular and extra-strength formulas. 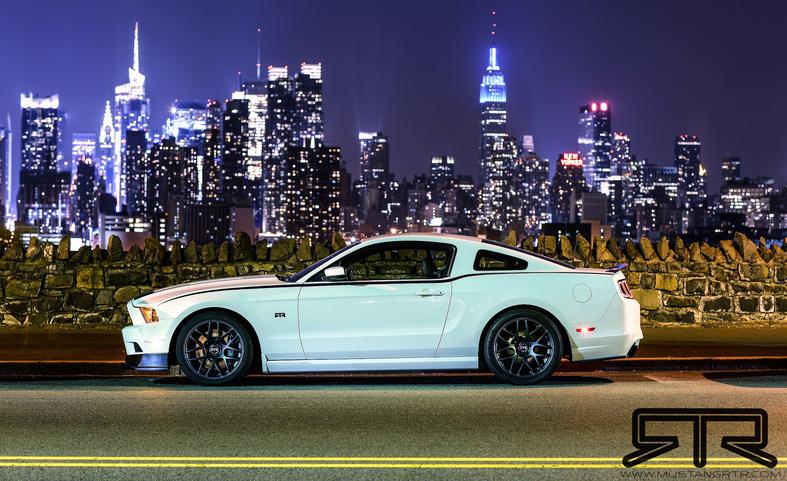 For just $6,250, you can get the RTR Spec 1 package for either the V6 or GT. The package fits a set of Ford Racing 1” lowering springs, a set of 9.5”x19” RTR wheels wearing Falken FK 453 tires, and new RTR bodywork consisting of a front splitter, rear spoiler and rear license plate surround, plus RTR badges and optional vinyl graphics. Inside, there are RTR floor mats and badges, an RTR shift knob, and a numbered dash plaque signed by Mr. Gittin.

The only power upgrade on the Spec 1 is an axle-back exhaust system, which on the V8-powered GT adds all of 9 horsepower. If you want even more muscle, you can step up the GT-only Spec 2 package, which retails for $11,995. For that sum you get all the bits and pieces from the Spec 1 package, plus a Ford Racing ECU re-map that adds a further 16hp and 60 lb.-ft of torque. That brings the total output to 445 hp and 450 lb.-ft. Still not enough? Spec 2 buyers can also step up to one of two Ford Racing supercharger kits, elevating the Five-point-oh’s power figures even further to either 525hp or 624hp. Quoth Bart Simpson, “Ay caramba!” 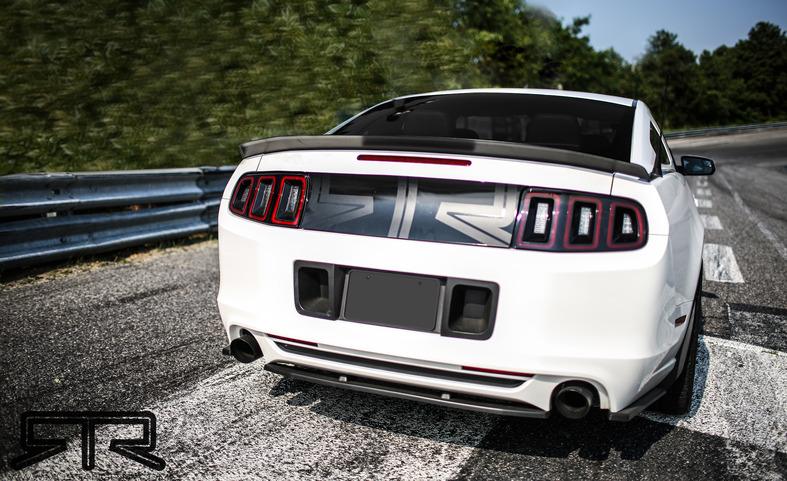 To keep that added muscle in check, RTR adds Ford Racing adjustable shocks and upper shock mounts, plus its own four-way adjustable front and rear sway bars, adjustable rear Panhard bar, and a rear chassis support. Additionally, 1.5” lowering springs can be substituted for the Spec 1’s 1” units, and the stock brake rotors are replaced with cross-drilled and slotted rotors.

Spec 2 RTR’s are easy to spot with their RTR rear diffusers, rocker panel splitters and decklid appliqué, and the Spec 1’s optional vinyl graphics and stripes are standard. The interior upgrades are the same as those on the Spec 1.

You might be able to get similar upgrades for less, sure, but then you wouldn’t have a tuned Mustang that’s been designed by one of the most recognized Mustang campaigners in motorsports today. If the thought of turning your new Mustang into an RTR Mustang piques your interest, we’re happy to inform you that the parts are now available at select Ford dealerships nationwide, as well as the province of Quebec, Puerto Rico and (drumroll please) the tiny European country of Luxemburg.