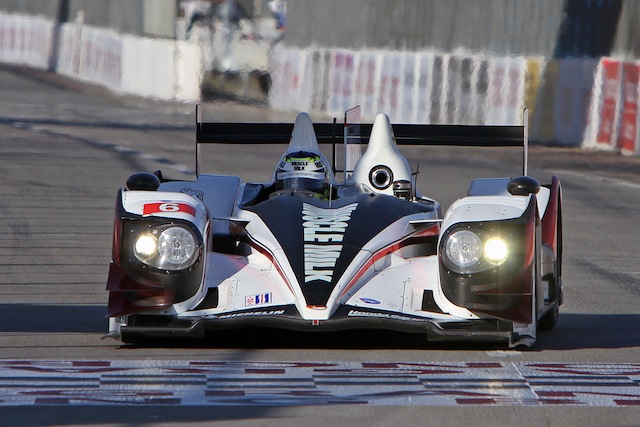 For the third time in 3 straight years, the Muscle Milk Pickett Racing P1 entry driven by Klaus Graf and Lucas Luhr took the top step on the podium at this year’s Tequila Patron American Le Mans Series race at Long Beach this past Saturday. The HPD ARX-03a prototype took the win by a margin of only 36.329 seconds over second place finisher Rebellion Racing. The No.12 Lola B12/60, driven by ex-Formula 1 driver Nick Heidfeld and Neel Jani had qualified first the day before.

Extreme Speed Motorsports dominated the P2 category at this year’s race – finishing 1-2 in its class. The highly competitive GT class also saw a 1-2 finish by the same team, with the BMW Team RLL’s No. 55 BMW Z4 GTE driven by Bill Auberlen and Maxime Martin taking the win. This was only the team’s second race with the new Z4.The Prototype Challenge class win went to the No. 05 CORE Autosport entry driven by Colin Braun and Jon Bennett, also for the third straight year in a row. 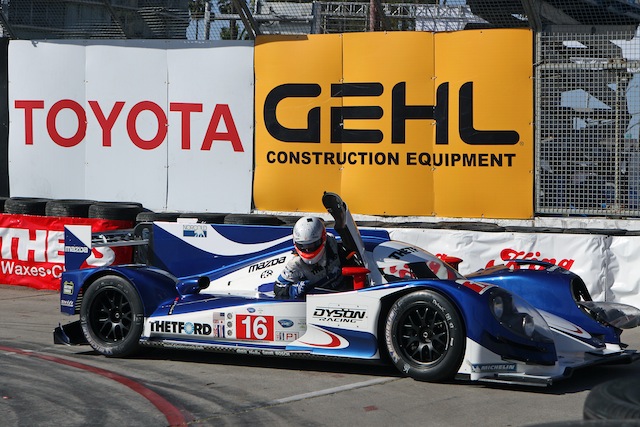 One can only imagine how challenging it is to race through the streets of Long Beach. Driving at well over 100 MPH, on bumpy city streets, surrounded by concrete walls and tire barriers. Yet somehow drivers make it work, challenging each other sometimes 2 or 3 wide into very tight corners like Long Beach’s famous Turn 11 Hairpin. And sometimes the track just gets the best of you. While trying to catch the Rebellion Racing Lola just after an early race restart, the Mazda powered Lola B12/60 driven by Chris Dyson and Guy Smith, had an unfortunate meeting with Long Beach’s famous concrete walls. Like most races at Long Beach, this had quite a few incidents such as this one, luckily none too serious, and all making the race even more exciting for those watching. 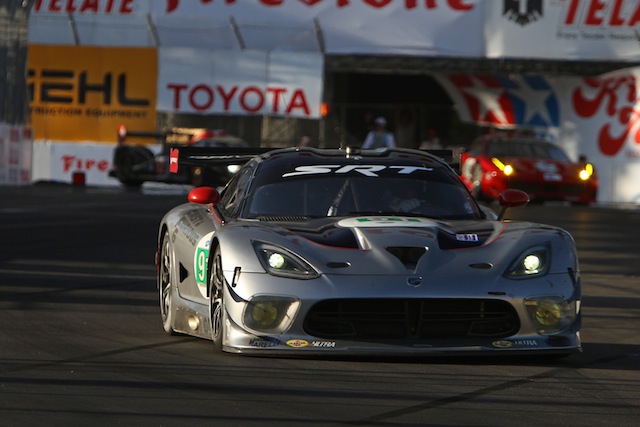 One of the highlights for us at this year’s race was seeing the SRT Motorsports Viper GTS-R cars. Although the team competed in a few events last year, this will be the team’s first full season in ALMS. They have also recently announced that the team will bring 2 cars to this year’s 24 Hours of Le Mans. The last time a Viper ran in this prestigious race was in 2000. That same year, a Viper won every ALMS race in its class, on the way to a championship win. Not a bad way for a car to exit the series. The No. 91 Viper driven by Marc Goossens and Dominick Farnbacher had actually started the race on pole for the GT class. They led most of the race, but with only a few laps before the checkered flag, Marc overshot Turn 1, letting the RLL BMW’s by on the way to their 1-2 finish. 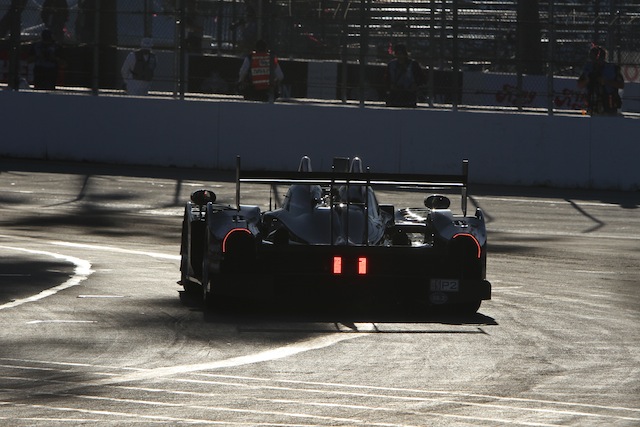 As the race drew to a close, and the streets of Long Beach were again quiet, you couldn’t help but to feel a bit sad. That is because this was in fact the last time American Le Mans Series as we know it will compete in Long Beach. As many of you know, ALMS has merged with the Grand-Am Series – and both will be combined into one starting next year. The new series will be known as Unites SportsCar Racing. Much is not yet known about what will happen. We can only hope that good things will come out of this. Many questions still being asked, some like the removal of P1 category sadly already answered. The ALMS season continues on to Mazda Raceway Laguna Seca in a few weeks. We will once again be there to cover it, and of course enjoy some more last moments of what has become our favorite racing series in the US to watch.