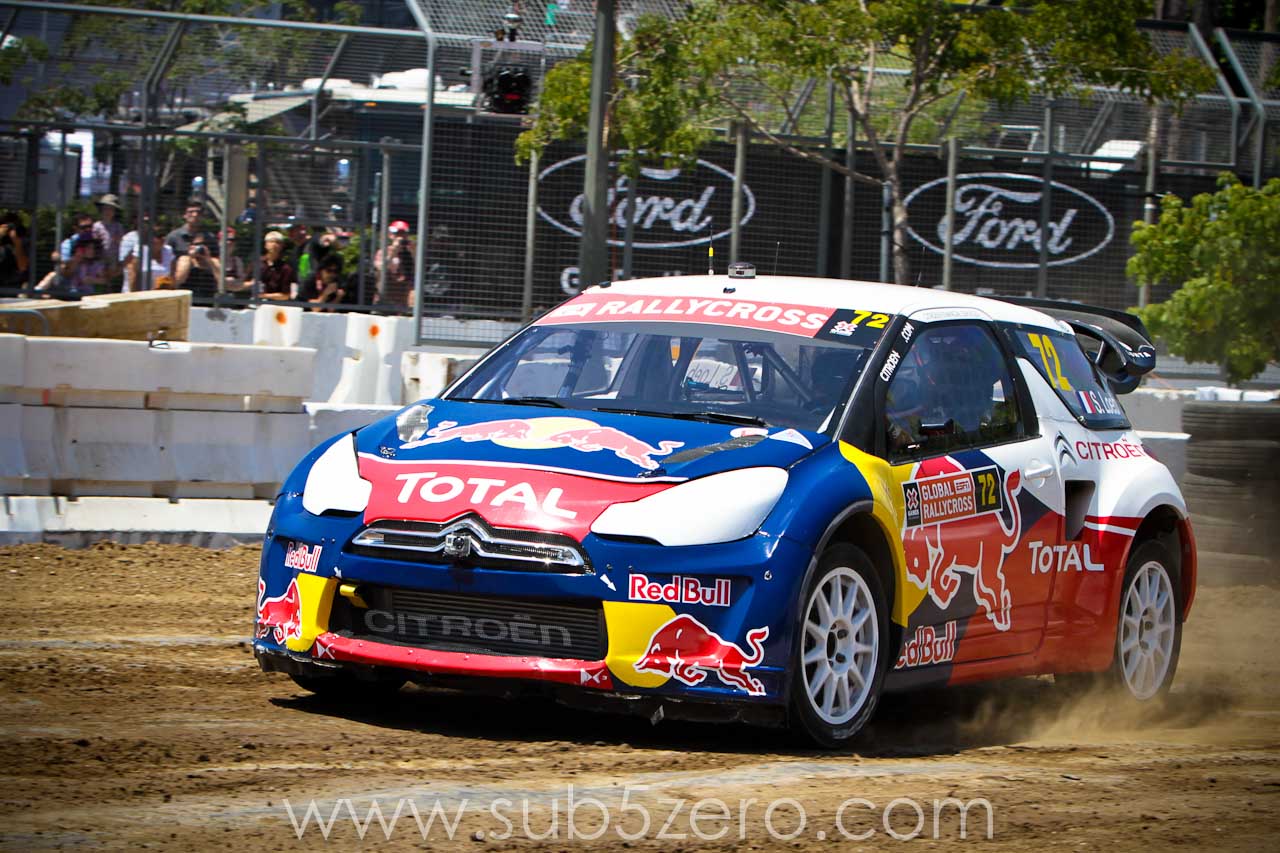 Less than a month ago, there were loads of people who were stoked about the RallyCross event at the X Games here in Los Angeles. The entry list was a who’s who of high-precision, highly sideways drivers: Two-time WRC drivers’ champion Marcus Grönholm. Former Formula Drift champs Tanner Foust, Rhys Millen and Samuel Hübinette. X Games legends in other disciplines Travis Pastrana, Dave Mirra, Brian Deegan and Bucky Lasek. YouTube A-Lister Ken Block. And a host of experienced rally and RallyCross shoes from around the world.

Then in mid-June came the bombshell to end all bombshells: The winner of the last eight WRC crowns, Sebastien Loeb, would be spending one of his off weekends in L.A., contesting his first X Games in a factory-backed RallyCross-spec Citroen DS3. Oh yes, “epic” would have fallen far, far short of being a strong enough word to describe this contest that was going to go down on the streets and parking lots in front of Staples Center and the Los Angeles Convention Center. 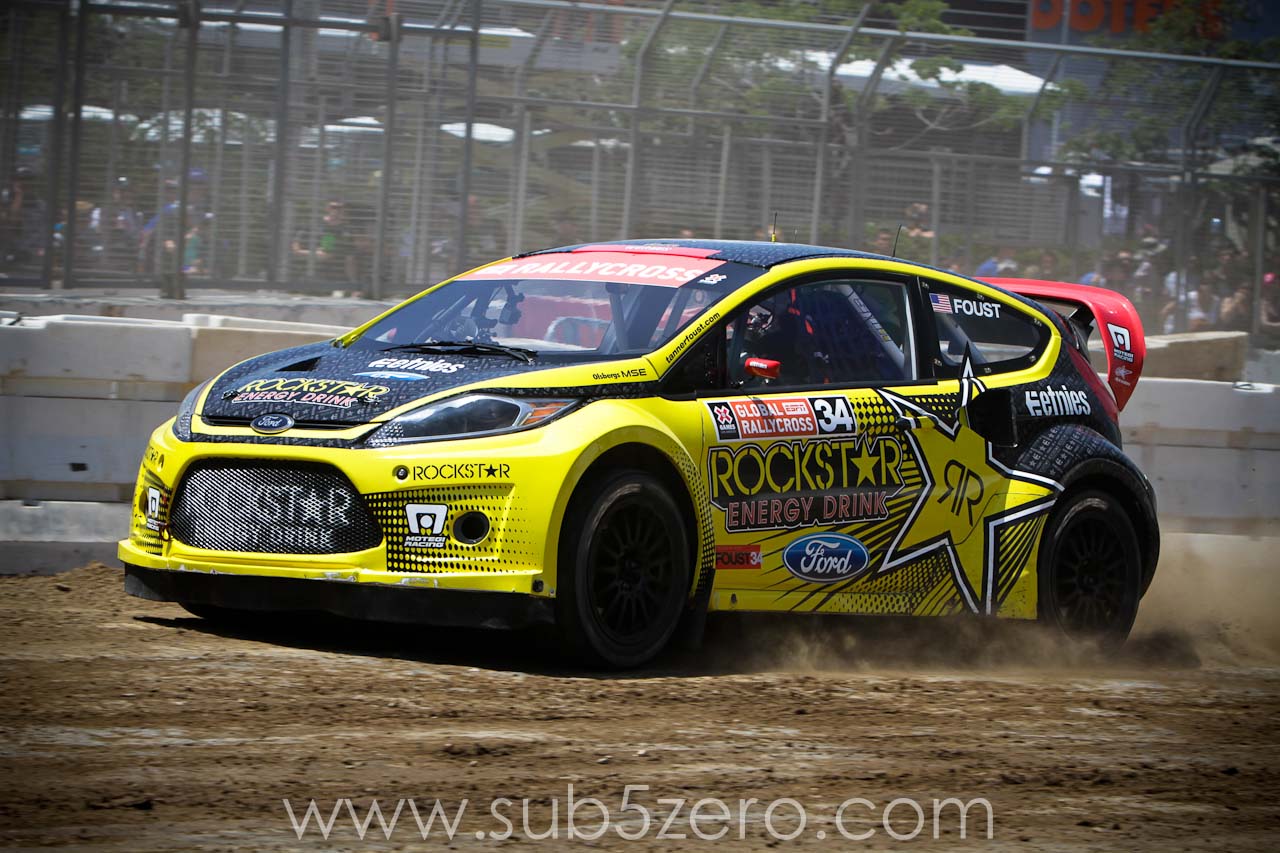 Of course, just because something is awesome on paper doesn’t mean it will be in practice and, as fate would decree, that would be the case with the 2012 edition of X Games Rallycross. During a practice session on Friday, Finland’s Toomas Heikkinen drove his Ford Fiesta over the steel launch ramp for the course’s big jump. However, he wasn’t going quite fast enough to make it to the landing ramp across the large gap, and the end result was a vicious hit on the other side.

Heikkinen sustained a broken left ankle and other injuries in the shunt which, along with his car being a total loss, forced him to withdraw from the remainder of the event. A bummer for sure, but that was just one competitor scratched from the lineup, and not one of the big-enough-to-block-out-the-sun names (no disrespect to Mr. Heikkinen). No panic, right?

Well, come Saturday evening there was quite a bit of panic going on. You see, that was when Grönholm was practicing and made it over the jump safely (thanks in no small part to a tabletop section that was added by organizers after Heikkinen’s crash), but clipped an exposed concrete lamppost base when he flicked his Best Buy Ford Fiesta to the left for the corner after the jump. As you’re about to see, the hit was very hard.

The 2000 and ’02 WRC titlist was knocked unconscious in the crash, but was reported to be awake and alert when taken to the hospital. After a night’s rest and some reportedly minor bleeding on the brain subsided, Grönholm was out of the danger zone. But he, too, was out of the race.

After further changes to the course, race day dawned warm and sunny, and the remaining competitors lined up to battle each other in four preliminary heats. The top two finishers in these four heats (plus the winner and runner up in the last-chance qualifier race) would make up the 10 car grid for the six-lap final. The first two heats went off with little drama, and saw Loeb, Foust, Block and Hübinette advance to the final. The third heat saw a ballsy move by Norway’s Sverre Isachsen net him the victory ahead of Deegan. 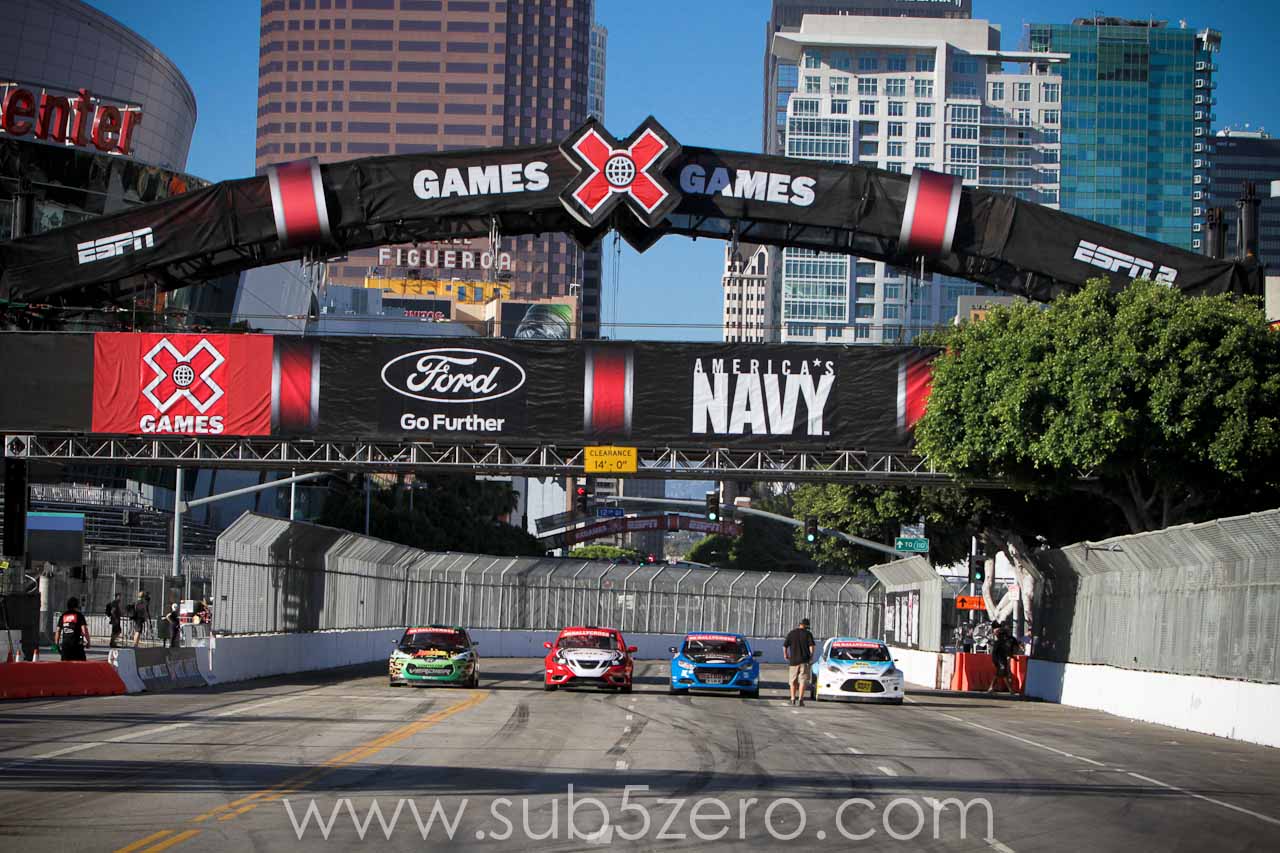 Heat #4 looked set to be a barn burner, with Pastrana heavily favored to be one of the drivers to advance in his Red Bull/Discount Tire Dodge Dart. However, as the freestyle motocross legend led the field into the tight turn one onto Pico Boulevard, Scotland’s Andy Scott slowed down far less than everyone else in his Saab 9-3, shoving Pastrana nose first into the jersey barriers. In a welcome change of pace, the 28-year-old wasn’t hurt, but he was justifiably incensed with Scott. The Dodge crew was unable to effect repairs, meaning yet another likely medalist was on the sidelines. Here’s how it went down.

After the cleanup, heat four was run, and David Binks and David Higgins made the cut for the final, while Millen and Lasek advanced via the LCQ. At last, it was time for the final. The 10 competitors lined up…and Deegan jumped the start. He was sent to the back row and a second start was attempted. Loeb managed to get through turn 1 in the lead, but the red flag waved when Isachsen stopped on course with steering damage.

So the remaining nine drivers lined up yet again for a third time, and Loeb again narrowly emerged with the lead, while the remaining horde was beating and banging on itself. Eventually, Block and Deegan established themselves in second and third, respectively, though Block had to contend with a flat right rear tire for the last two-and-a-half laps. 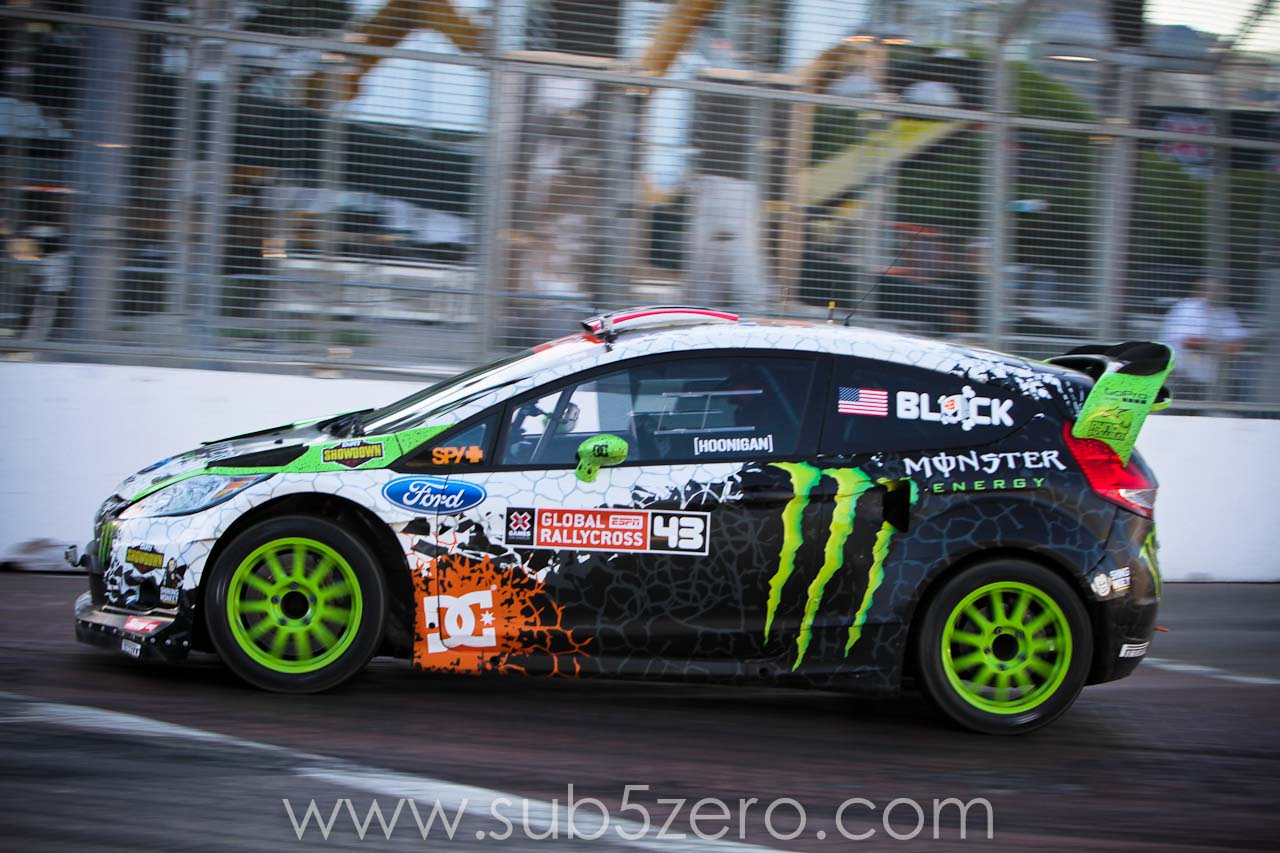 But nobody had anything for Loeb, as the unflappable Frenchman crossed the finish line well ahead of Block, who somehow managed to stay ahead of Deegan on three tires. Sure, many will contend that Loeb’s victory means less without Grönholm, Heikkinen and Pastrana in the mix, but the fact of the matter is it was the guy’s first ever RallyCross race (Loeb’s done circuit racing with multiple cars on track before, including finishing second overall in the 2006 24 Hours of Le Mans.). We think it’s pretty safe to say the dude can drive, and we hope he makes a habit of coming to the City of Angels for the premiere round of the X Games (which will add global rounds next year). And we really hope to see a RallyCross final where the lineup isn’t dictated by injury due to sketchy track design or by other drivers’ flubs. That’s not a whole lot to ask, is it?