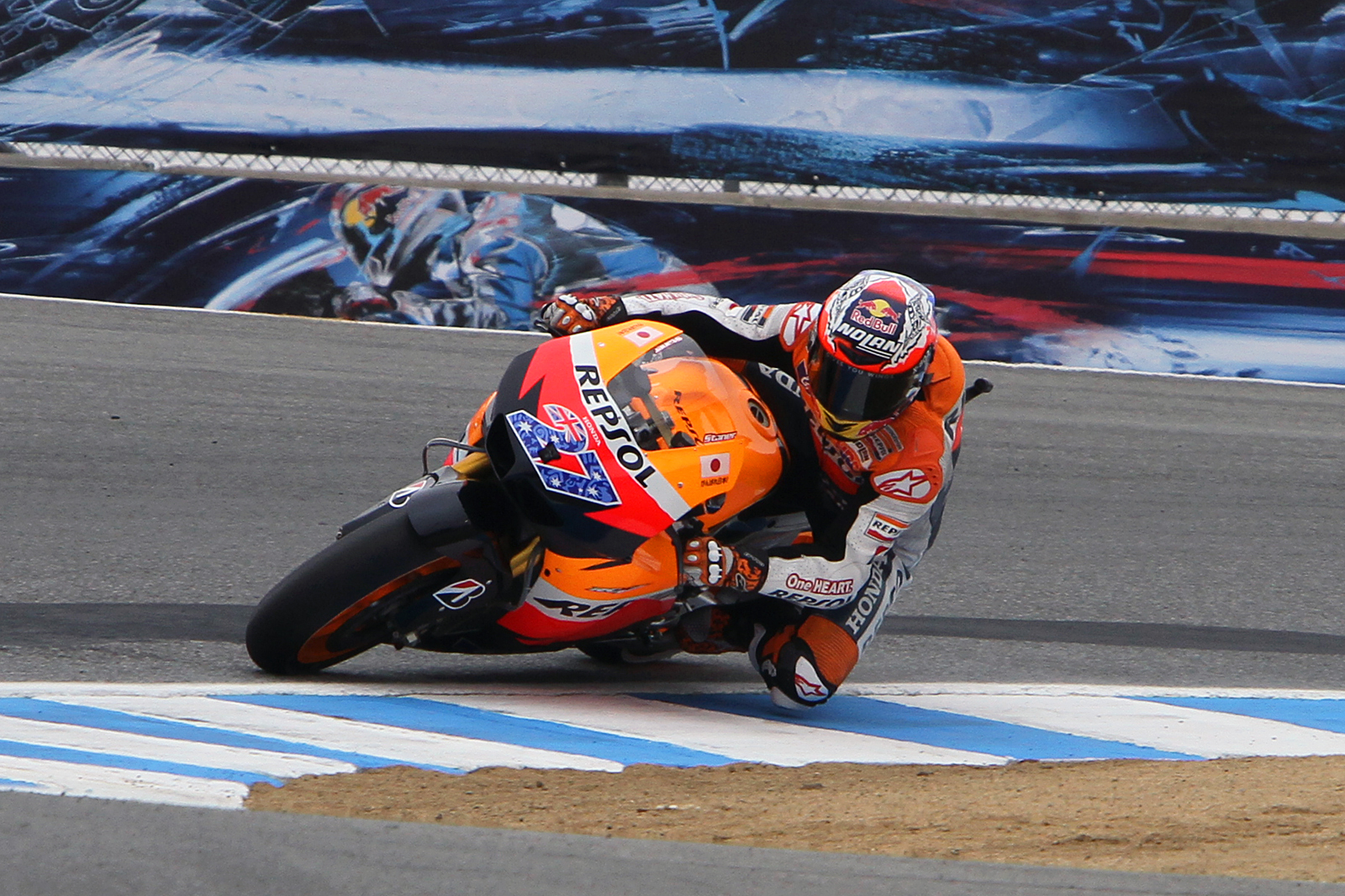 Casey Stoner extended his MotoGP Championship lead over Jorge Lorenzo after winning this weekend’s Red Bull U.S. Grand Prix at Laguna Seca Raceway. Even after crashing heavily in qualifying, Jorge Lorenzo was still able to hold onto pole position for Sunday’s race. His lap time of 1’21.202 was only 0.072 seconds faster than Stoner’s best. Continue reading after the break for our recap of Sunday’s race as well as the rest of our coverage from Laguna Seca. 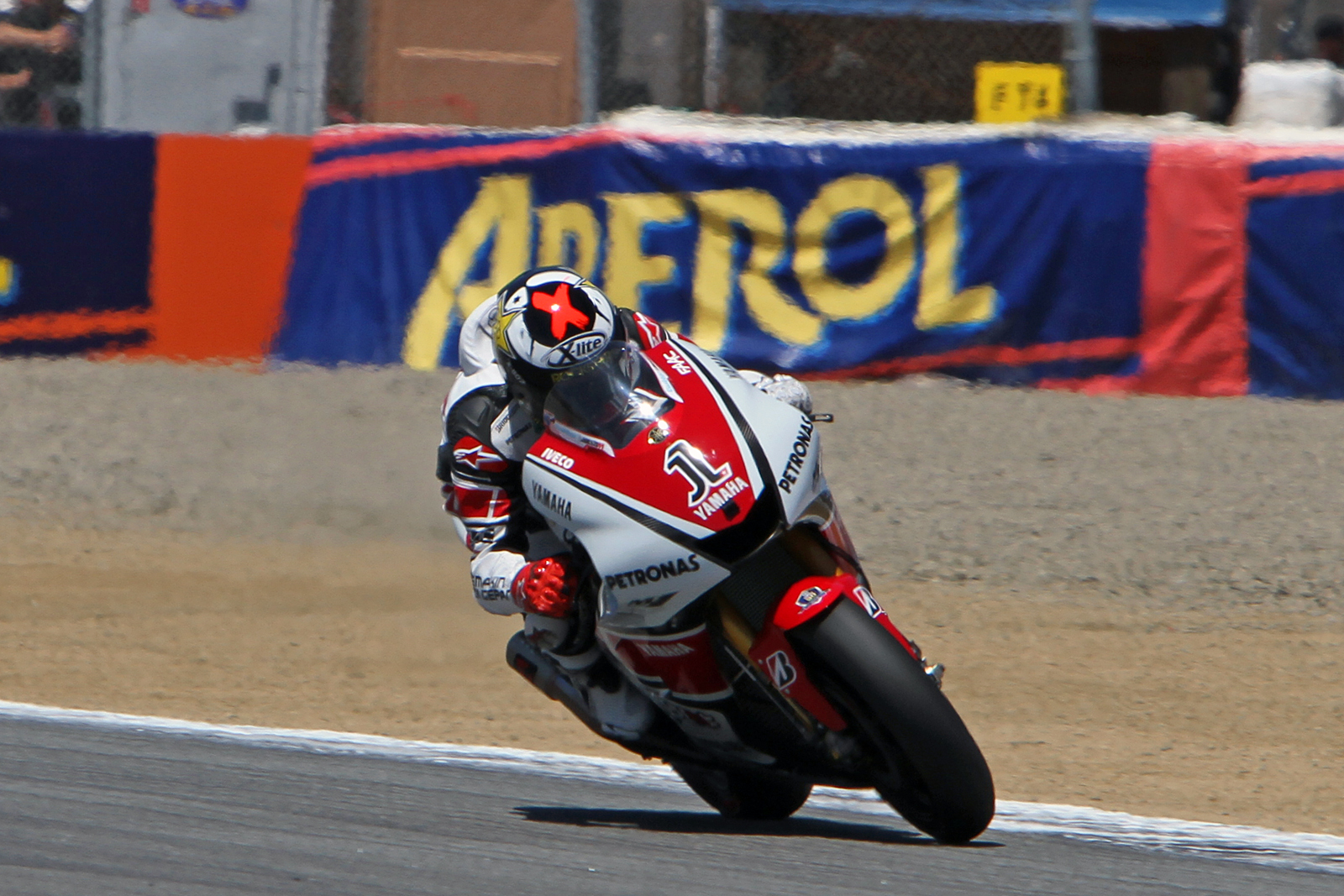 Stoner started the race in 2nd, but quickly dropped to 3rd after being passed by his teammate Dani Pedrosa. After passing his teammate, in a move some say may have been orchestrated by his team, Stone then took the lead from Pedrosa on lap 27. Casey Stoner lead the race’s final 5 laps to take the win – finishing the race in just under 44 minutes, with an average speed of 98 mph. 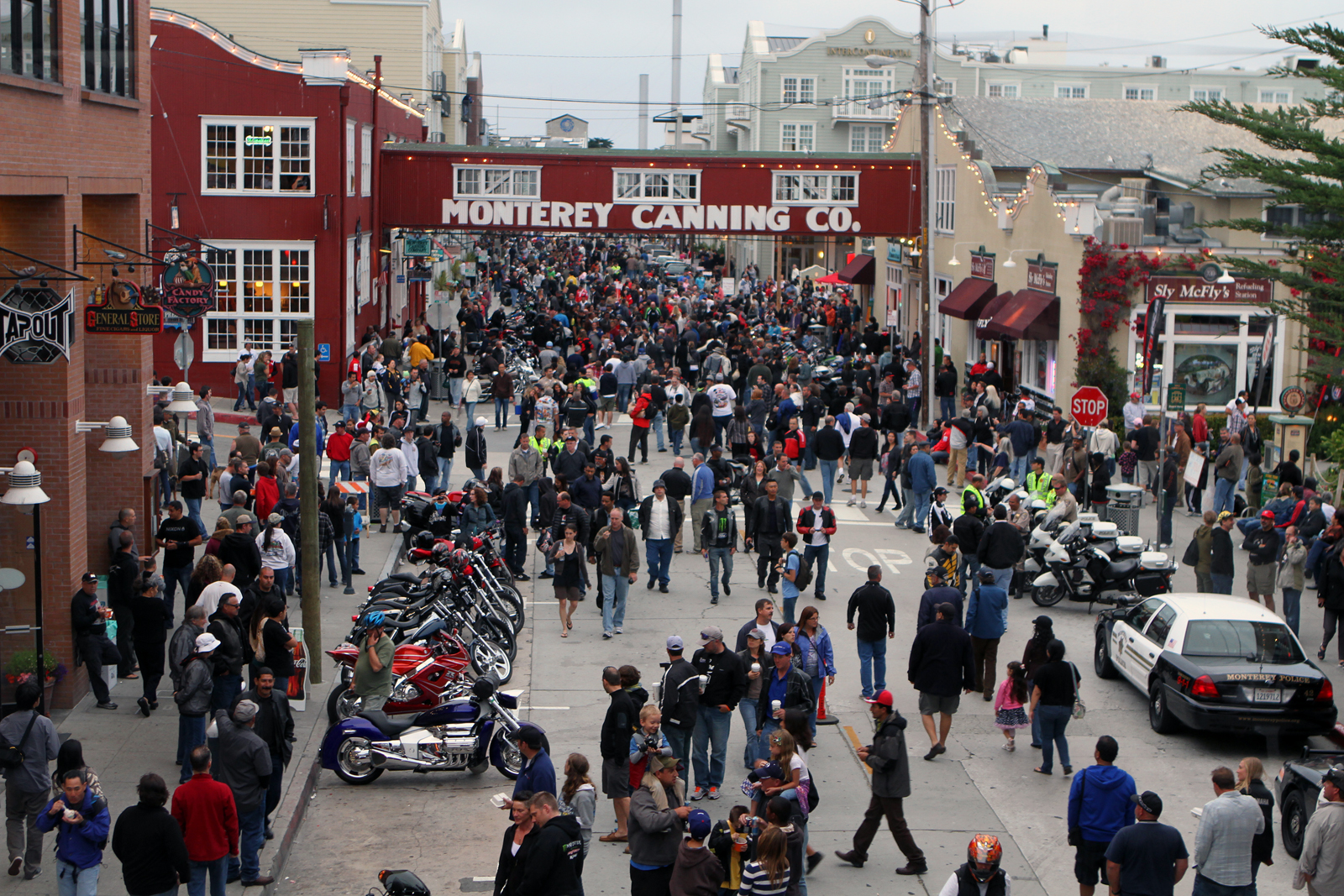 Take a look at our gallery below to get a taste of this amazing event. Be sure not to miss our aerial photos of Laguna Seca for an unique perspective of this amazing track, as well as our coverage of the Ducati fashion show!