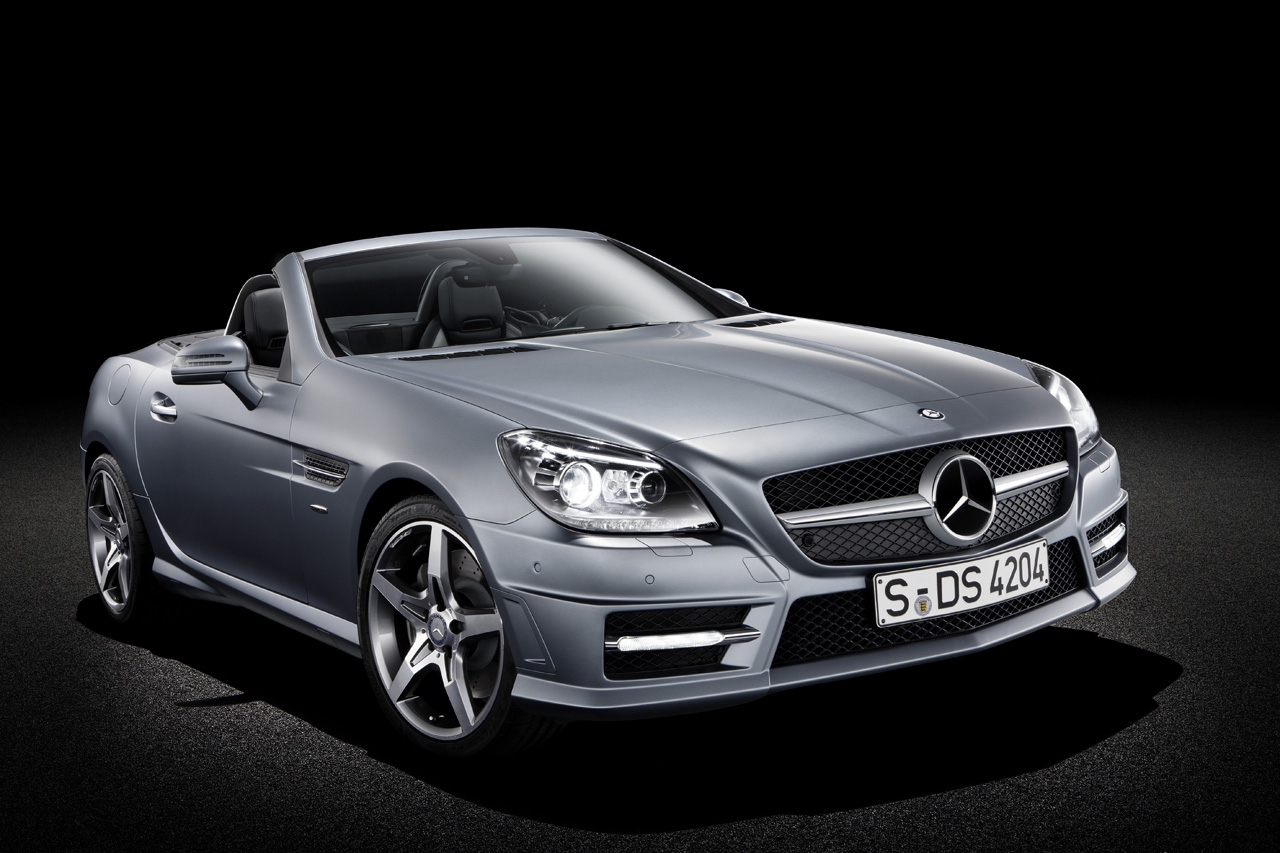 Despite selling pretty well over the course of 14 years and two generations, the role of the Mercedes-Benz SLK-Class seems to be almost constantly shifting. The first generation car seemed to be cast as a (relatively) affordable style leader rather than a pure performance car (The take-it-or-leave-it supercharged four-banger/automatic trans combo of the early examples lends credence to this theory.), while the second generation SLK seemed to forsake the trust fund beauty school student market and try to attract more driving enthusiasts by way of peppier engines and sharper steering and suspension tuning.

Now, though, the third generation SLK has been unveiled, and a quick perusal of the spec sheets indicate it can be one, the other or a little of both depending on your preference. But the driving dynamics take a back seat to one optional technology that should impress all but your most jaded neighbors.

Dubbed Magic Sky Control, it replaces the standard folding hardtop’s metal panels with glass ones much like the Panorama roof, which is also an option. The difference with Magic Sky Control (Are we the only ones that think it sounds like something out of Native American folklore?) is that the glass in the top panel is polarized, meaning you can increase or decrease the level of tint at the touch of a button. While it may come across as a cheap parlor trick, it really is like having two roofs in one (or three if you count the fact that it folds down completely): an opaque one to keep the interior cool-ish on a sunny summer day, and a transparent one for stargazing at the local, er, “special” parking spot that’s popular with couples on a chilly winter’s eve. 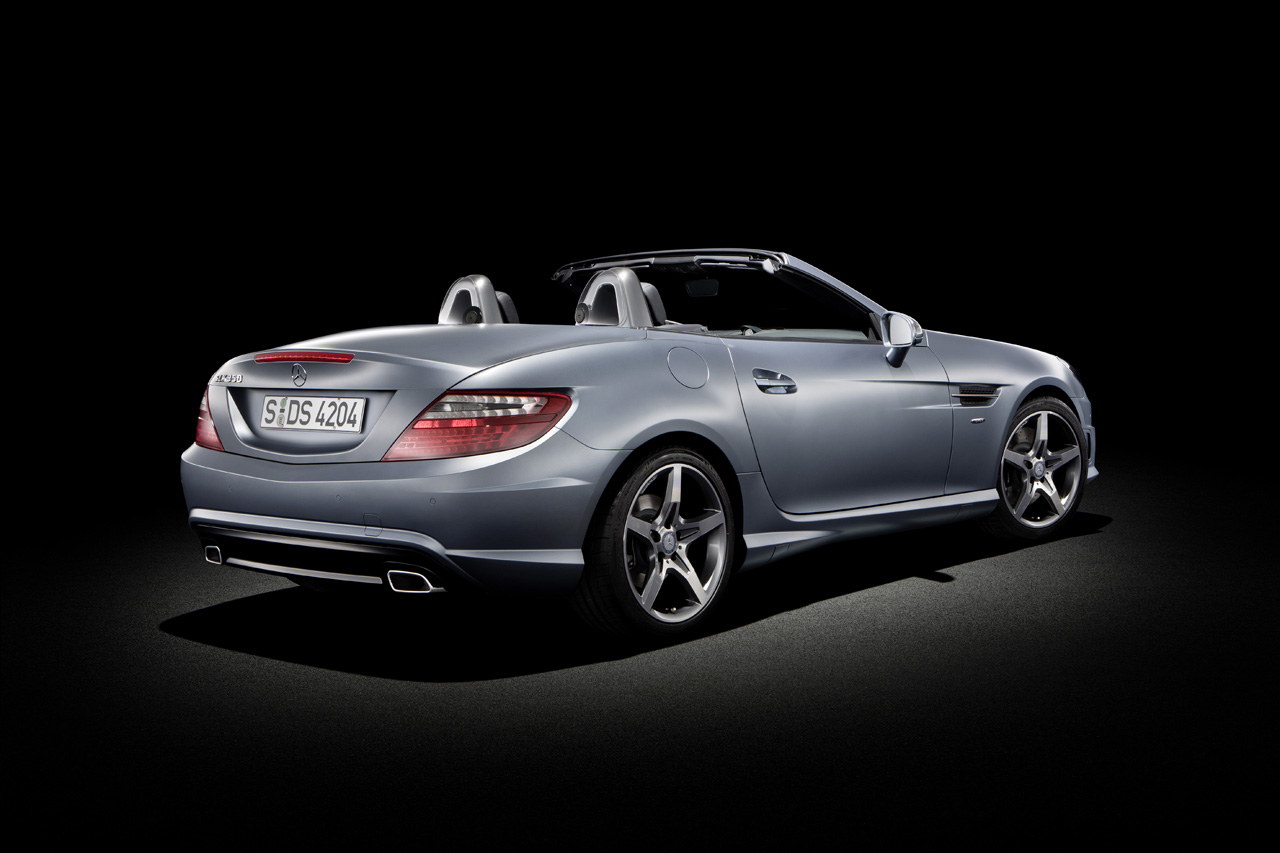 But as we all know, a fancy roof does not a car make. Thankfully, Mercedes-Benz also gave the new SLK a handsome new body (complete with sensuously-sculpted rear quarter panels/hips that we reckon will give Shakira fans pause) to go along with that retractable hardtop. The first model to arrive on our shores will be the 3.5L V6-powered SLK350, serving up 302hp and a 0-60 time of 5.4 seconds. The SLK250 – with a 201hp 1.8L four cylinder (Would calling it the SLK180 really have put off that many potential buyers?) and a standard 6-speed manual transmission – will arrive later, and an AMG version (rumored to be using a normally-aspirated version of AMG’s 5.5L twin-turbo V8) later still. Look for this stylish all-season sports car to roll into showrooms this summer.