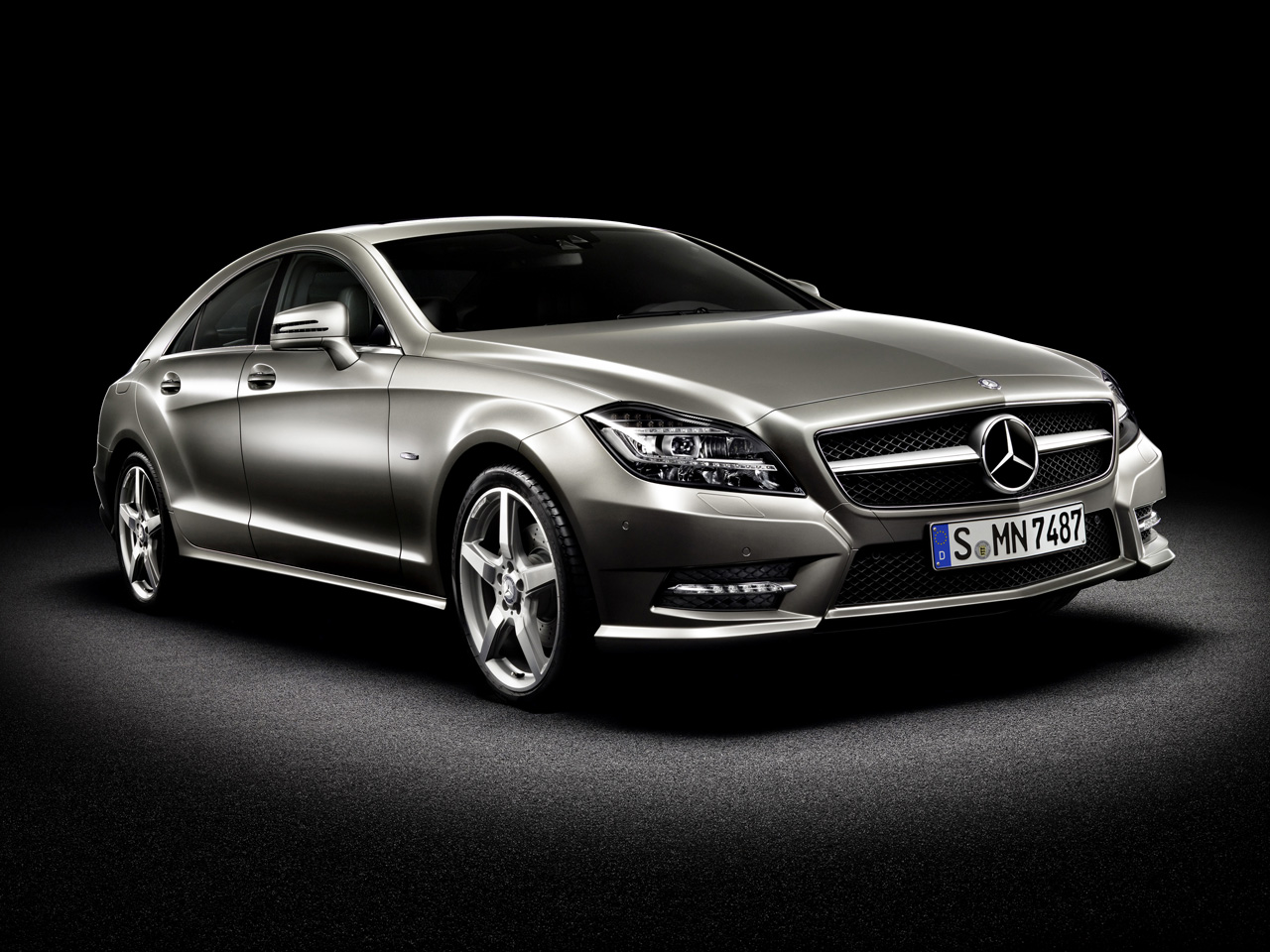 Introduced in 2004, the Mercedes CLS made a profound statement by telling the world you can have four doors and eat your coupe too. Nowadays the four-door coupe can be found in numerous dealerships, but Mercedes was the first one to plant the flag. Living in Los Angeles there’s no shortage of the latest and greatest cars to be seen. In fact, in this city it seems there was a law passed stating if you own a Mercedes, it can only be the latest model. So, rich folks rejoice… Introducing the 2012 Mercedes-Benz CLS. Watch out Mr. Rapide and Mr. Quattroporte, the Godfather has returned.

The front of the last CLS was one of the simplest yet more stylish designs out of the Stuttgart in a long time. It was very clean and neat, and oozed power without looking like a robot or a gap-mouthed cat fish. It looked capable of eating both road and travelers alike. But when you call a car a four-door coupe, the most important view is from 90 degrees: the profile. Coupes are known for their long hoods and short, sloping decks, which is hard to replicate without requiring rear-seat passengers to be under 5 feet tall. By using pillar-less windows and slopes that extends from the C-pillar through the trunk, the essence of a coupe is retained. While the old CLS had a great profile, the sheet metal was fairly flat. 2012 is apparently the year of the crease, with several of them running along the CLS’ flanks. 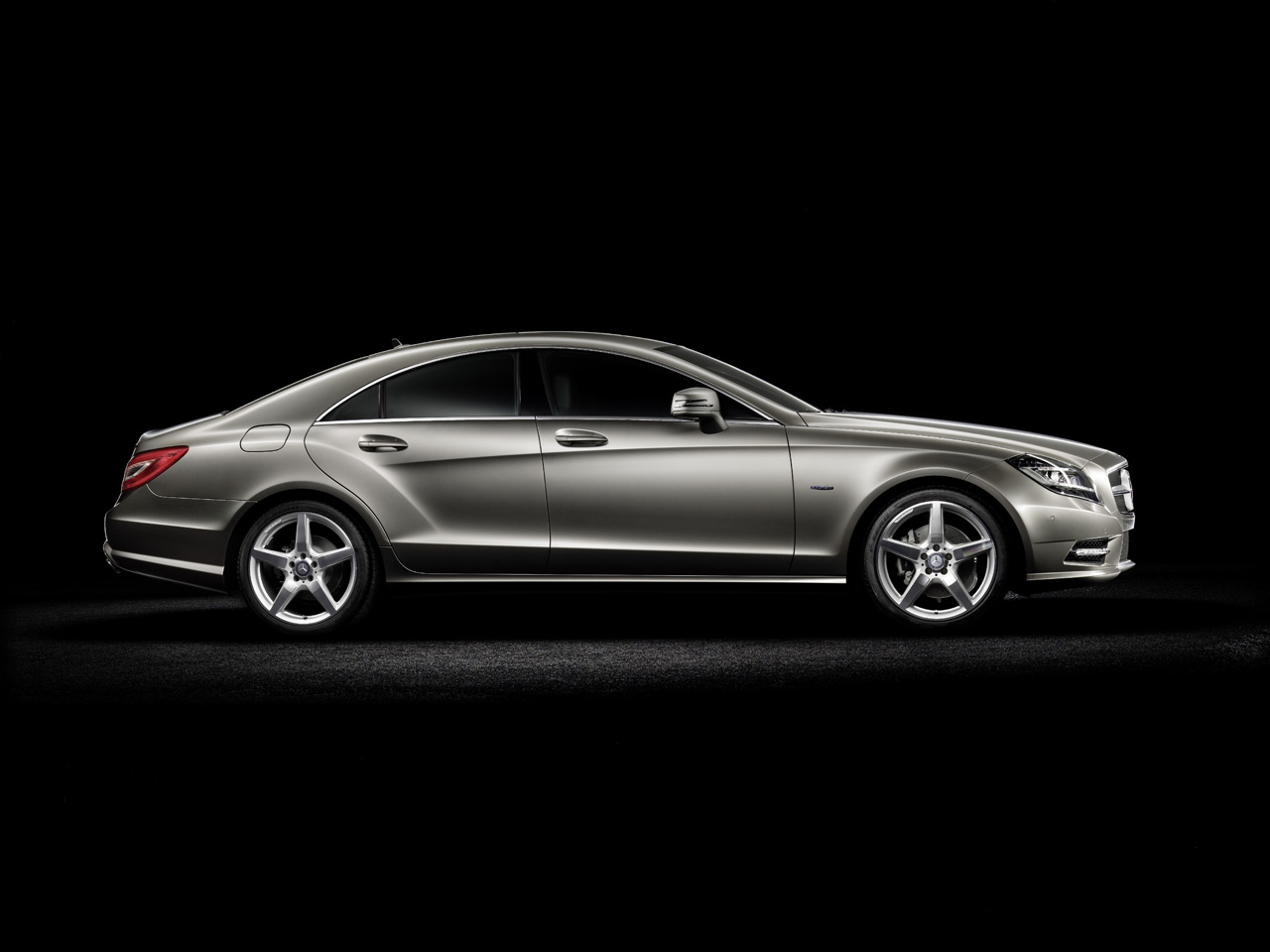 The front has obvious changes. The grill is bolder and more protruding. The headlights that used to sweep up along the hood in the old CLS are gone, replaced with shorter but no less-intimidating units. Mercedes is quick to point out that the lights are made up of 71 individual LED lights, the first car ever to use LEDs for its entire head-lamp cluster. Lighting for the signals, markers, low beams and highs are all done with LEDs. 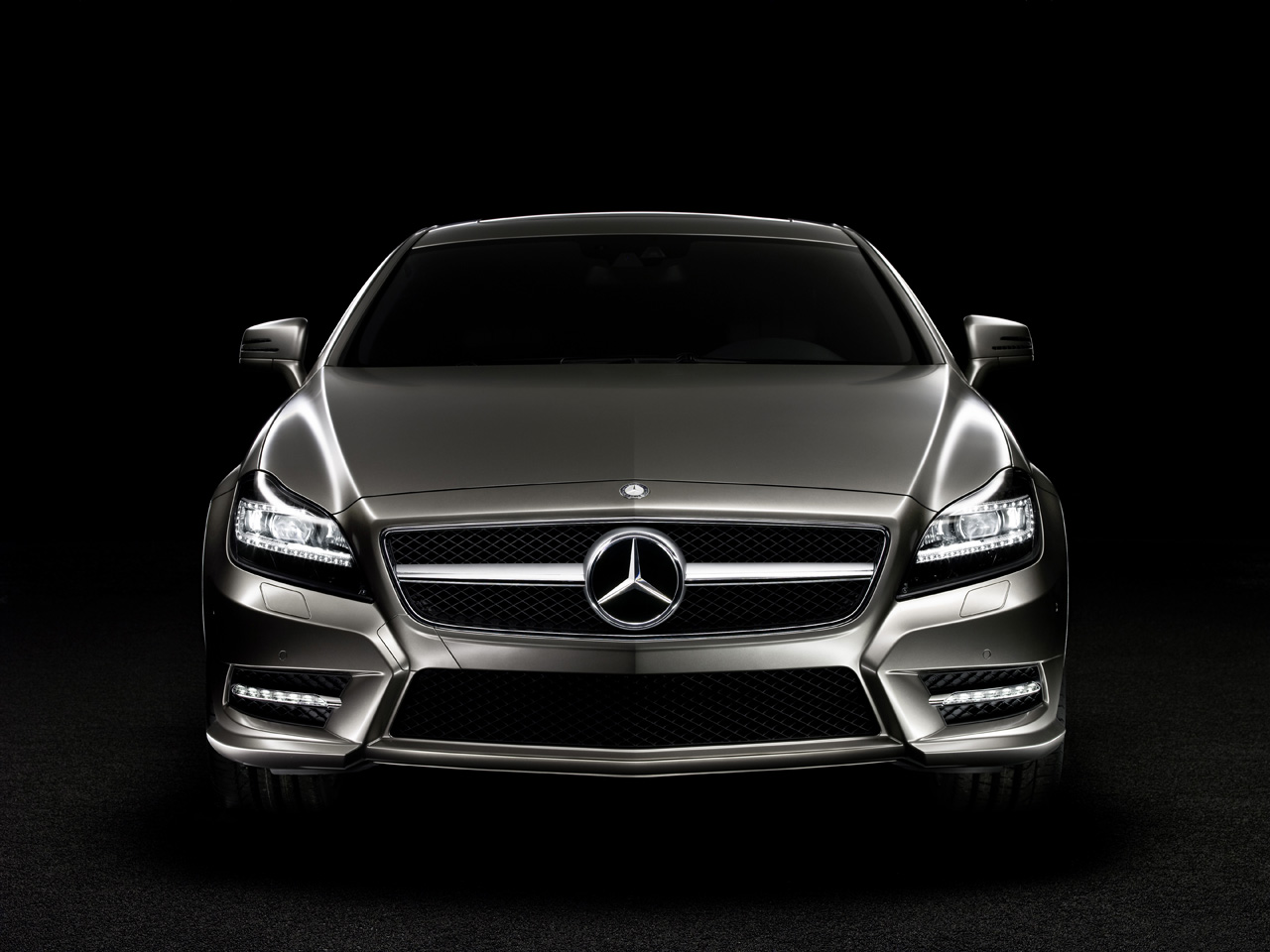 Mercedes’ workshop elves have been busy crafting the inside as well. The NAV screen has been moved up, above the center stack, and you can opt for wood, carbon fiber or black piano materials. The old CLS’ center console was  a traffic-jam of black plastic buttons. It looked like Mercedes had found a sale bin filled with black, square buttons by the checkout counter and bought them all. It’s hard to adjust the A/C when its controller looks exactly like the button to adjust the clock. But that’s gone now, replaced with a much more intuitive, clean, and better-looking array. 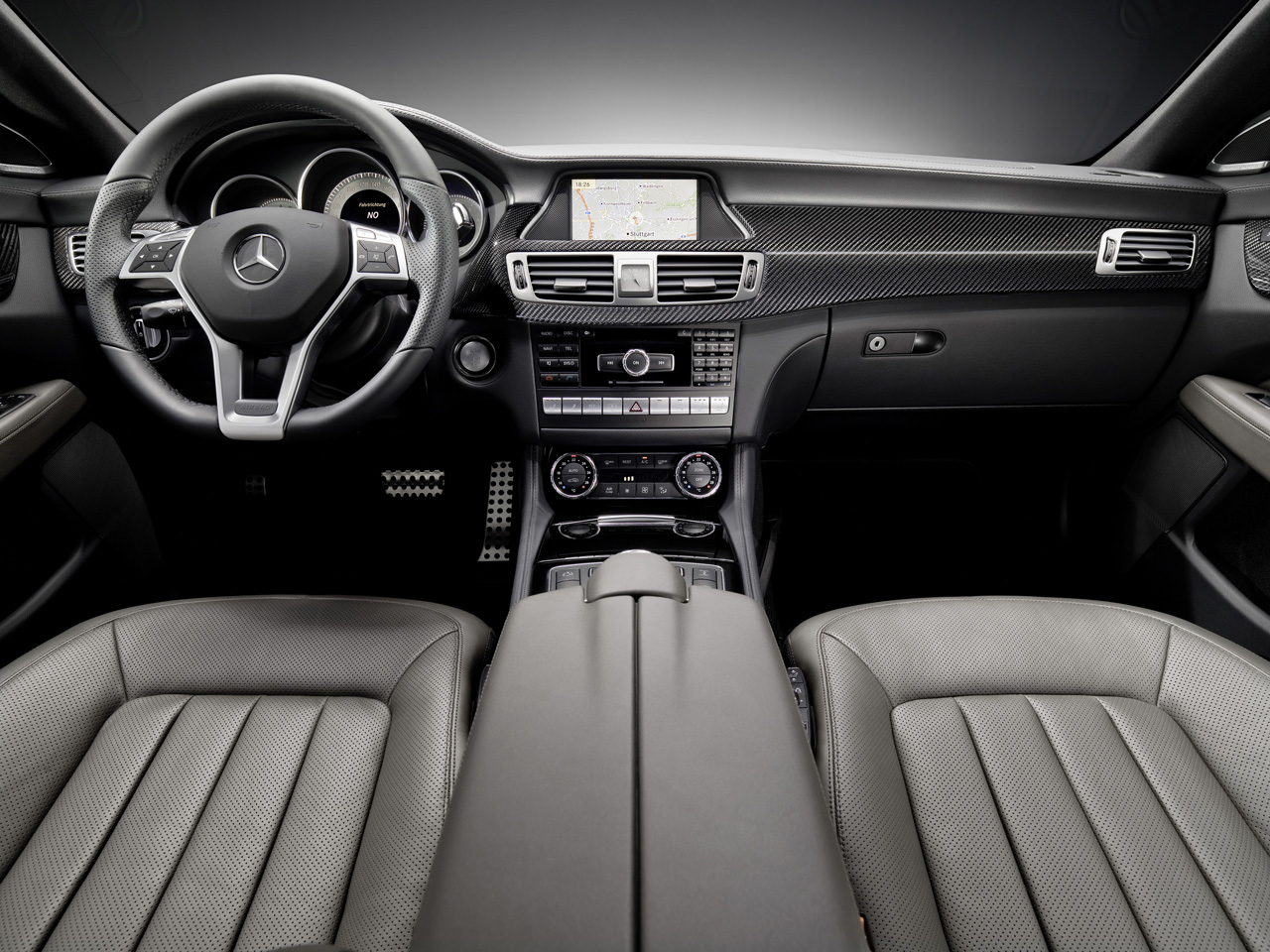 While the shape of the CLS intially won our hearts, it was watching Jeremy Clarkson open the flood gates of a fantastic AMG V8 that sealed the deal. The sound of that engine and the power that created it would be enough to keep my blood pumping for decades. It was a sedan that not only looked like a coupe, but drove like one too. It lapped their track in 1:26.9, faster than an Aston Martin DB9, or the supposedly track-oriented BMW M3 CSL. 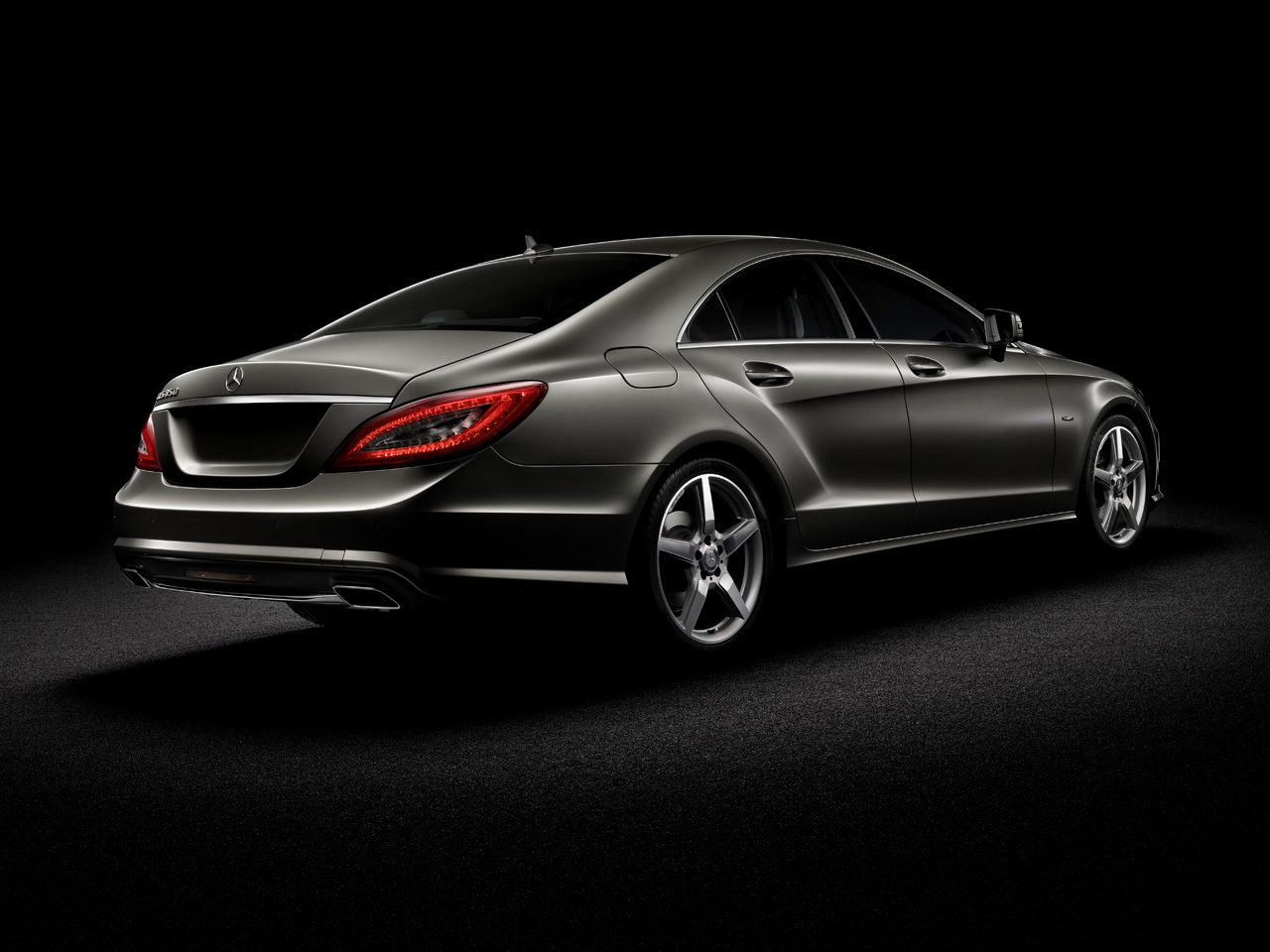 Available in America mid-2011, the CLS will be offered with 3 engines. The CLS350 will have a ho-hum 3.5 liter V6, but the CLS550 will have a twin-turbo V8, boasting a formidable 416hp and 516 lb ft. of torque. And that’s the regular V8 model. There’s no specs on the AMG version yet, but we all know what can be done with two turbos and a V8. Needless to say, I bet (and hope) the 2012 Mercedes CLS is able to shave a few tenths off that lap time, at least on the straight-aways.