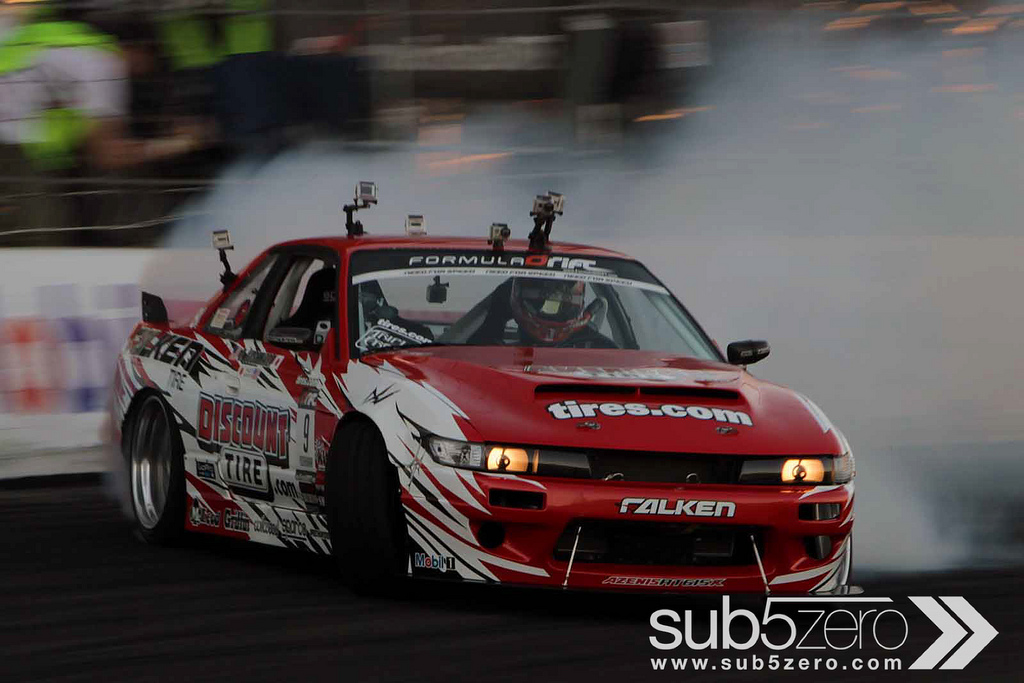 With the opening round of the 2012 Formula Drift season just over a fortnight (That’s a fancy way of saying “two weeks”; who says we aren’t an educational website?) away on the streets of Long Beach, California, the excitement in the Sub5Zero editorial bunker is starting to build. Formula Drift’s ninth full season (The sport first arrived stateside as a one-off exhibition at Irwindale Speedway in 2003 followed by the debut Formula Drift event at Road Atlanta the following spring.) promises to be one for the ages, with an eclectic mix of cars, drivers and venues on tap. We’ll analyze the prospects for the 2012 Formula Drift calendar in due course, but first, let’s take a quick look back at 2011.

Just like this year’s, last year’s championship chase opened on the streets of Long Beach. Justin Pawlak came out on top in his Falken Tires Ford Mustang. Daijiro Yoshihara then took top honors at Road Atlanta for the second year in a row in his Falken Tires/Discount Tire Nissan S13. Pawlak was on top of the podium again at the end of round three in Palm Beach, while Hankook Tire Chevrolet Camaro driver Conrad Grunewald outlasted the competition to take top honors at the treacherous Wall Speedway in New Jersey. Yoshihara took his second win of the year at round five in Washington State, while Rhys Millen was victorious at Las Vegas, two years after he failed to qualify in the Red Bull Hyundai Genesis Coupe’s debut. 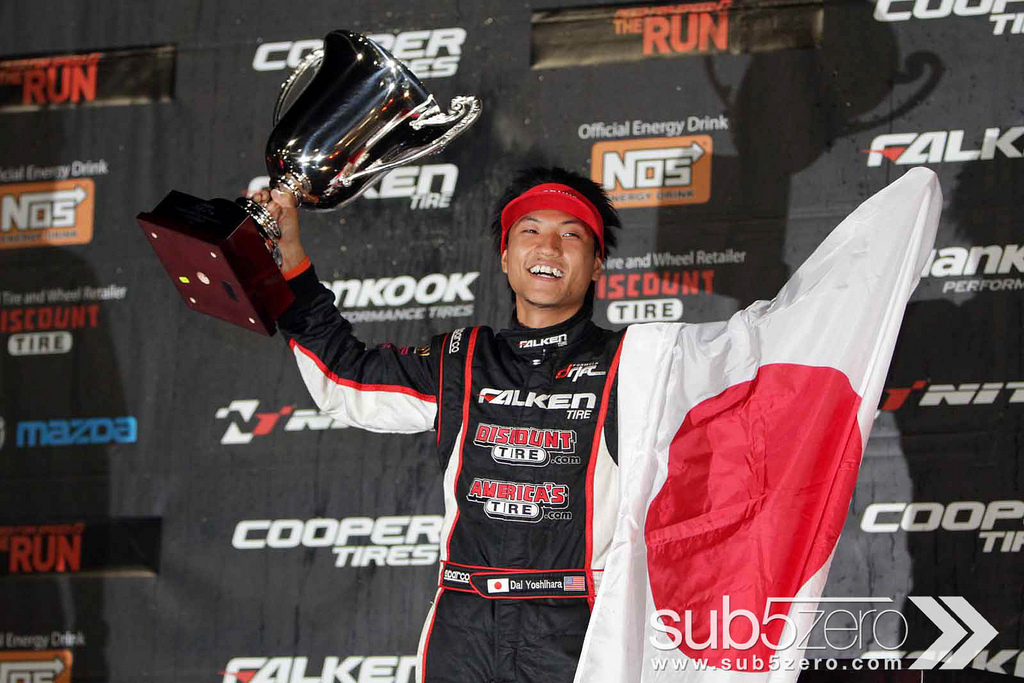 Entering the final round at Irwindale, Falken teammates Yoshihara (seen above) and Pawlak were neck and neck for the points lead, with three others in with a mathematical chance. Yoshihara fell to Ken Gushi in their Top 16 battle, but Pawlak and the rest of the contenders also fell by the wayside later on, allowing the eight-year veteran from Japan to take his first Formula D title by a scant 5.75 points. Meanwhile, another Falken driver – Tyler McQuarrie – bagged the event win in his V8-swapped Nissan 350Z.

Naturally, Yoshihara is hungry to defend his title, and has to be one of the championship favorites for 2012. He’s sticking with his trusty Chevy LS7-powered 240SX. His 2011 title rival Pawlak will return with his Falken Mustang, along with Pawlak’s teammate Vaughn Gittin Jr. in his Monster Energy/Falken Mustang. Millen is back with his Hyundai, looking to regain the championship form he had in his years with Pontiac. And don’t count out other veterans like Grunewald, Chris Forsberg or Darren McNamara, who are all sticking with their proven 2011 rides. 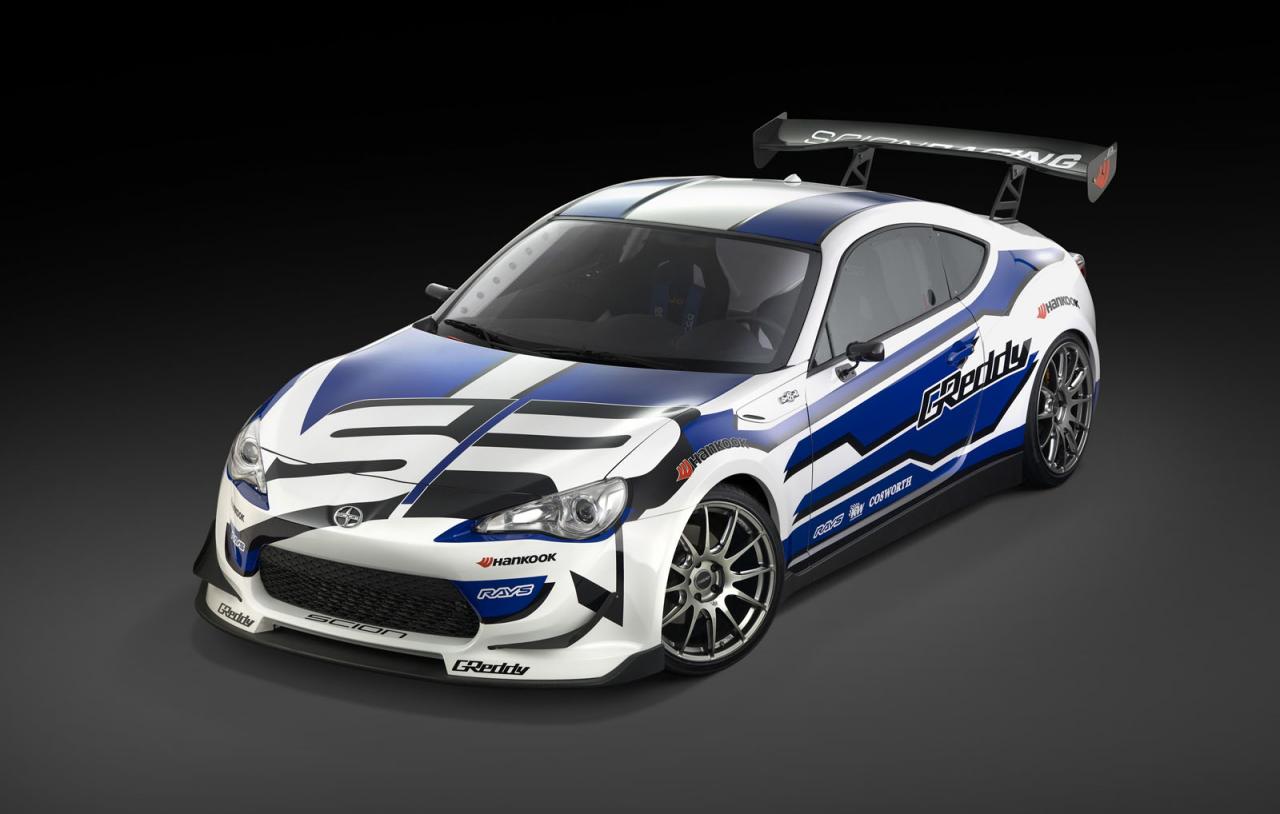 As for this year’s new hardware, most of the headlines will no doubt be devoted to Ken Gushi’s GReddy-sponsored Scion FR-S (above). The highly-anticipated rear-drive sport coupe, which was jointly developed by Toyota and Subaru, ditches the production car’s 2.0L naturally-aspirated flat-four in favor of a Cosworth-tuned turbocharged 2.5L flat-four producing about 600hp. Another notable new car is actually a returning car. Patrick Mordaunt will be campaigning the APEX’i Lexus SC430 last used in 2010. Furthermore, Mordaunt will also be bringing Yokohama Tire back to the Formula D tire manufacturer ranks. It’s unlikely either of these new programs will be competitive right out of the box, but there’s certainly a chance one or both car and driver combos will move up the order in later rounds.

And speaking of rounds, the visit to Long Beach on April 6 and 7 will be just the first. The rest of this year’s schedule is identical to that of last year, with the notable exception of the huge question mark hanging over the Irwindale finale. In case you haven’t heard, the track lost its title sponsorship over the winter, prompting the track management company/promoter to declare bankruptcy. The owners of the track and the land on which it sits have since gained control of the facility, and say they’re received numerous offers from interested buyers and/or promoters. Assuming the situation at "The House of Drift" doesn’t get sorted in the next few months, the August 24-25 round at Las Vegas Motor Speedway will likely end the 2012 season. Regardless of when and where the finale is, the action leading up to and taking place during it is sure to be thrilling.