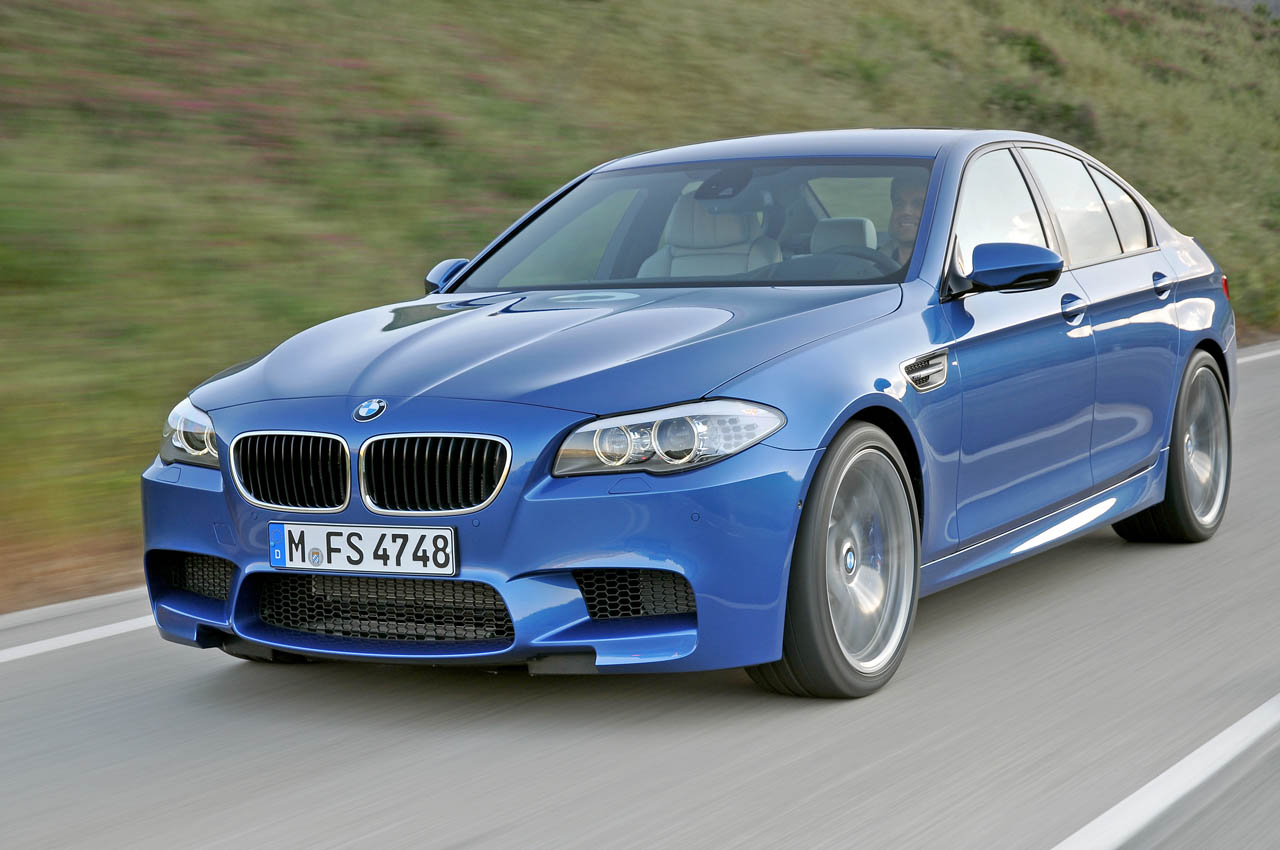 Among the super sedans of the world, the BMW M5 has been the alpha dog pretty much since the first E28-based M5 debuted in 1985. The subsequent three generations have each upped the ante in terms of power, sophistication and, unfortunately, girth. Still, all have been five-seat thrill rides capable of giving many traditional sports cars the heebie-jeebies.

But in the last few years, other manufacturers have started reaching the lofty performance heights achieved by the most recent E60-series M5. Cars like the Mercedes-Benz E63 AMG, Porsche Panamera Turbo, Cadillac CTS-V and not-for-America Audi RS6 are all able to honestly respond to BMW’s claim of “Mine’s bigger than yours!” with “Nuh-uh!” Naturally, BMW wants the M5 to stay on top, and in order to do that, the folks at M GmbH would have to make the new F10-chassis M5 a real humdinger. And that’s exactly what they’ve done. 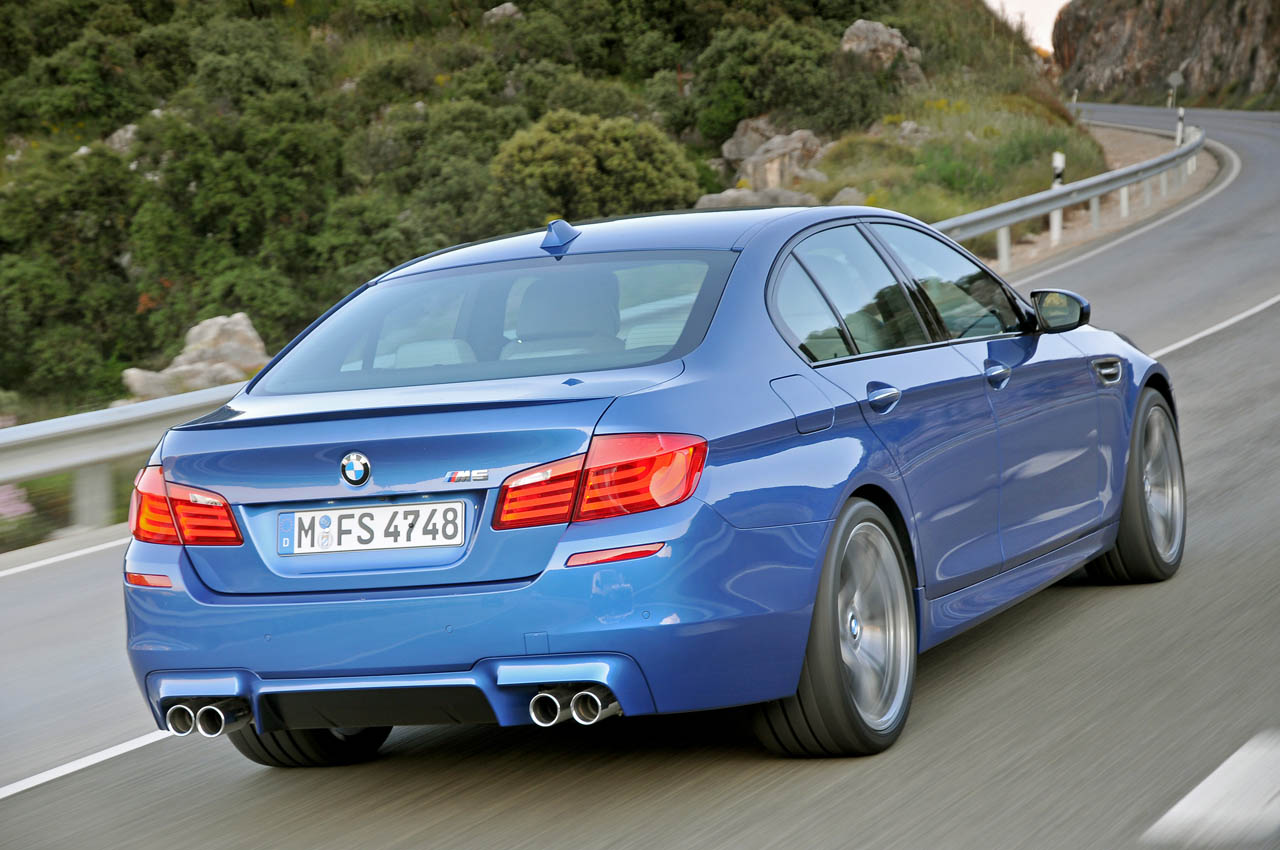 One hallmark of the M5 for the first four generations of its life was a free-revving normally aspirated engine (straight-sixes for the E28 and E34, a V8 for the E39, and a howling V10 for the E60). But, thanks to more rigorous fuel economy and emissions standards on the horizon, BMW had to change the recipe to ensure the new fast-Fünfer has similar or better performance than its predecessor. As a result, the ’12 M5 uses the same 4.4L twin-turbo V8 that’s found in the X5 M and X6 M. It has a bit more mojo in the sedan, though, with 560hp and 502 lb.-ft of torque, which are both sizable jumps over the outgoing model’s V10’s figures (500hp and 383 lb.-ft). It will be paired with a 7-speed dual clutch transmission, though there are strong rumors a traditional 6-speed manual will be offered in North America like there was on the E60. 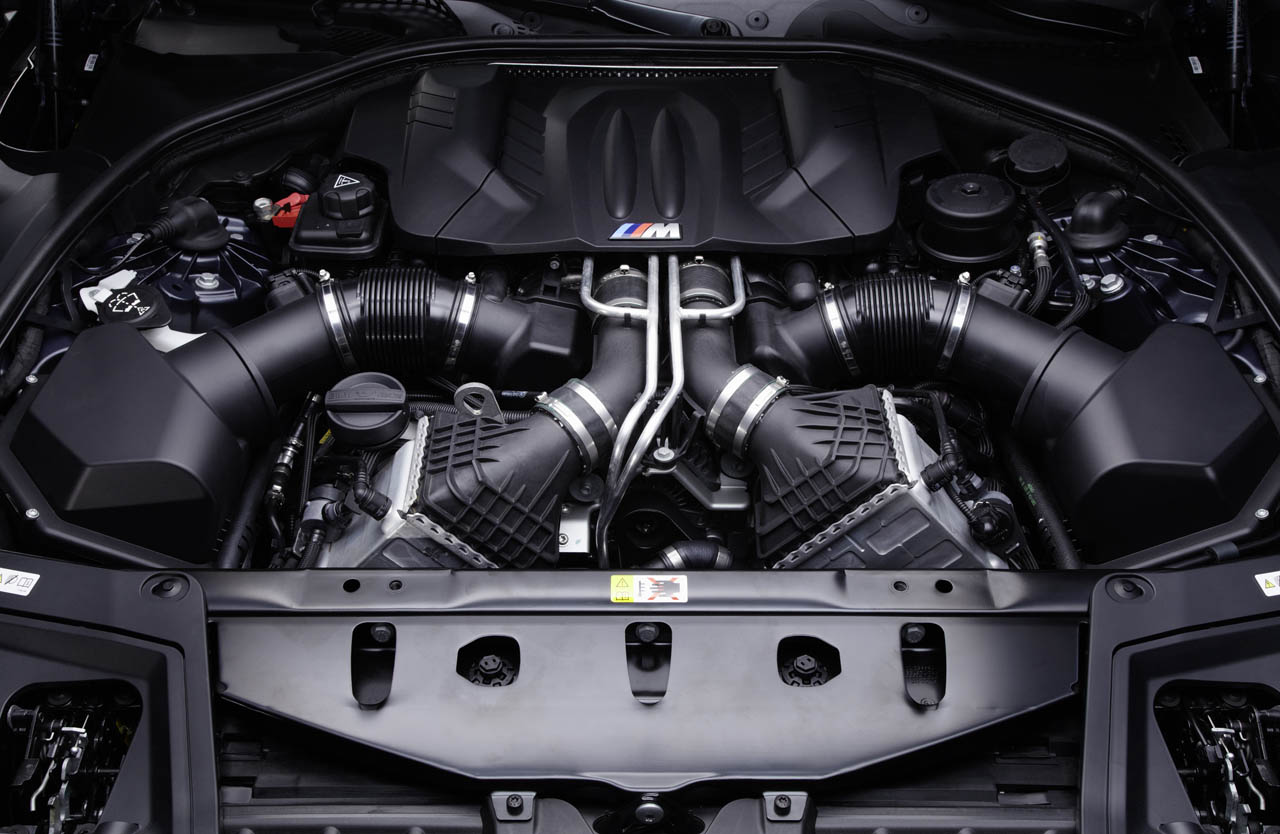 Visible changes include airy 19″ wheels, more aggressive front and rear fascias, side skirts, flared fenders, fender vents (because there are nowhere near enough vehicles out there that have ‘em, dontcha know), a subtle lip spoiler on the trunk and the M-car-typical quad-tailpipes. Inside you’ll find extra touches like M Sport Seats and Aluminum Trace dashboard and door panel trim, the latter of which will be nice to look at on the rare occasions you’re not driving at 10/10ths. 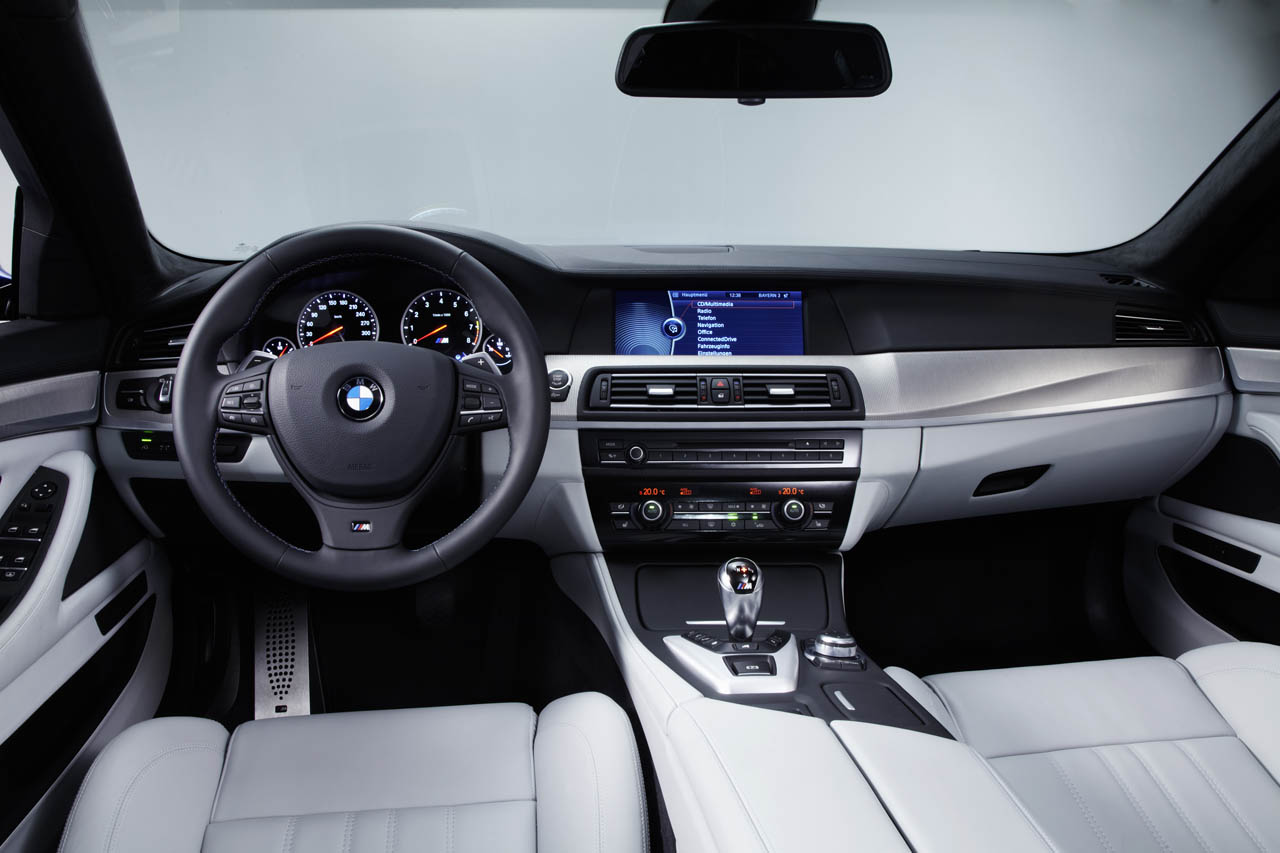 And given its performance capabilities, you wouldn’t really have much of an excuse for not driving it at 10/10ths…other than, you know, traffic laws, road conditions, the limits of your talent, etc. We’re talking 0-62 mph in 4.4 seconds, 0-124 mph in 13 seconds, and an electronically-limited top speed of 155 mph, though that last figure mushrooms to a Fledermausscheiße 190 mph if you check the box for the M Driver’s Package. And on the off chance you’re worried you’d feel guilty about buying a new M5, BMW claims it’s a whopping 30% more fuel efficient than the old one, though probably not at 190 mph.

Pricing hasn’t been announced, though expect it to be knocking on the door of six-figures. Considering the Cadillac CTS-V Sedan starts at $63,660 and makes 49 lb.-ft more and just 4hp less, we find ourselves struggling to get very excited about Munich’s new executive rocket sled. Perhaps sending a press car our way for evaluation purposes would change that…