2011 Vauxhall VXR8 Makes Us Miss the Pontiac G8 Even More 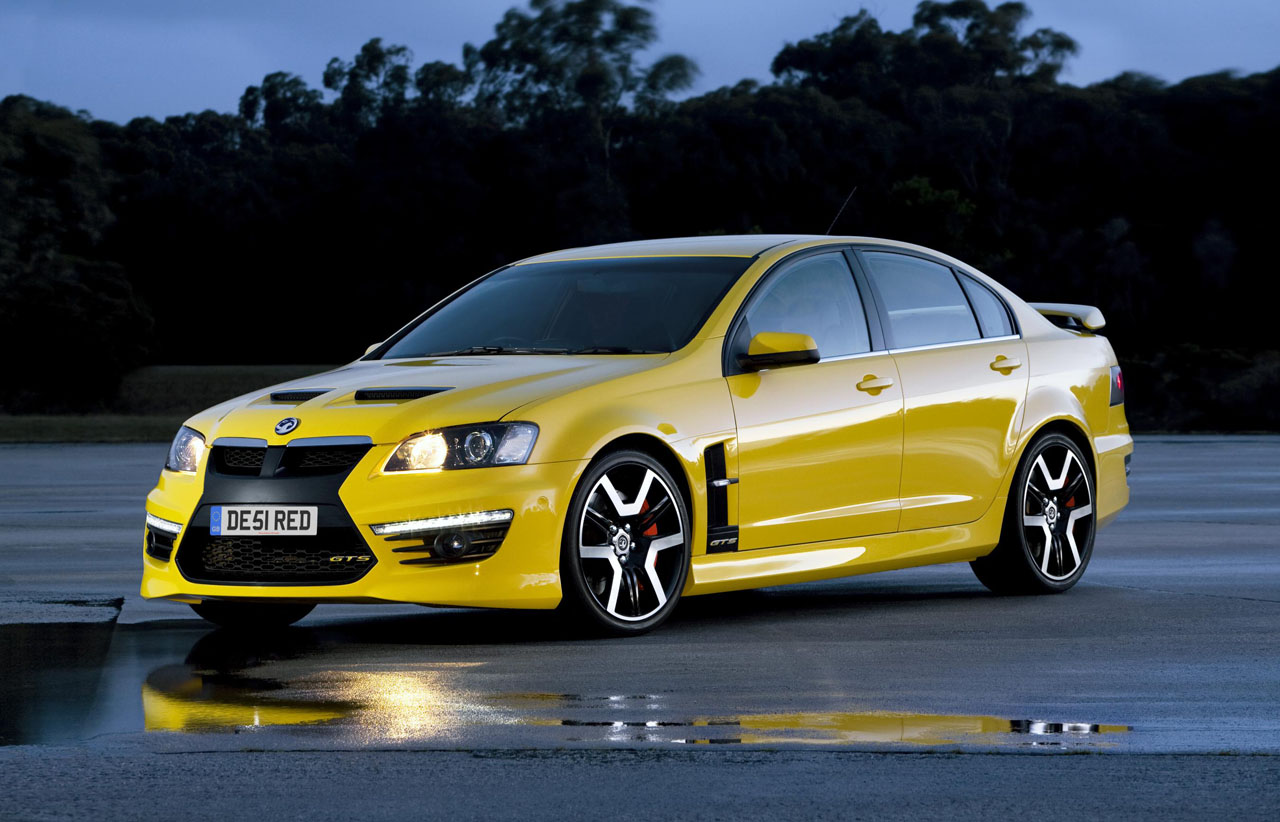 There’s a decidedly worn out saying claiming it’s better to burn out than to fade away. Pontiac, arguably the most lamented casualty of GM’s bankruptcy, was mercifully able to go out with a bang by way of the slick G8 sedan (and, to a lesser extent, the Solstice roadster and good-luck-finding-one coupe). Basically a re-grilled, left-hand-drive version of Australia’s popular Holden Commodore, the G8 was a mid- to full-size, rear-drive sedan offered with a choice of a V6 or two V8s, though only the top V8 – the 6.2L LS3 in the GXP – was available with a stick. Nevertheless, the G8 was brilliant, but with the demise of Pontiac, it was gone from these shores almost as soon as it arrived.

However, this same basic car is still available in other parts of the world. One of those parts is Great Britain, where the Commodore is known as the Vauxhall VXR8. But the revised 2011 edition isn’t just based on any ol’ Commodore; oh no, the new VXR8 is a right cracking motor, gov’nah. 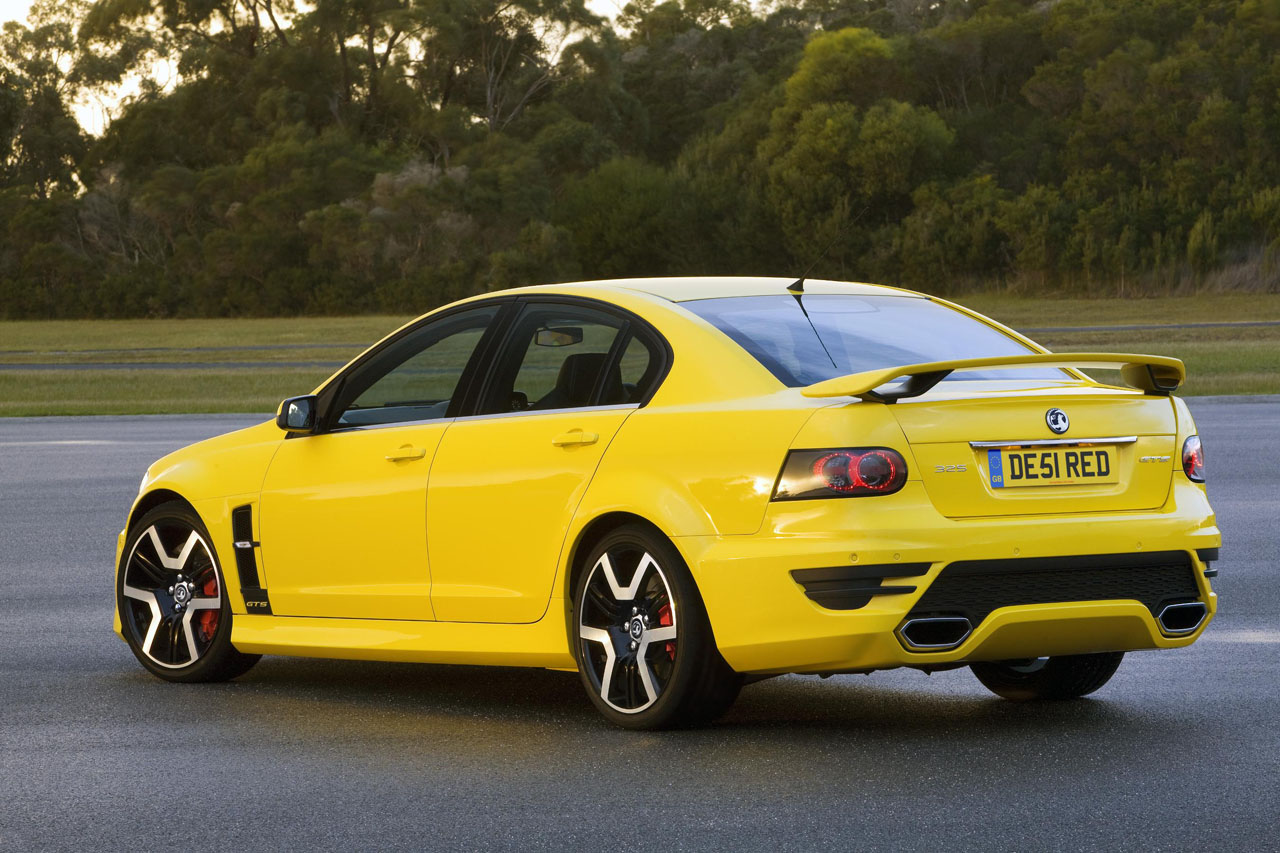 The new VXR8 is based on the also new E3 GTS, which is produced by Holden Special Vehicles (HSV); the old VXR8 was based on the more humble HSV Clubsport R8. That means Vauxhall’s new resident tire-atomizer packs an LS3 putting down 425hp and 405 lb.-ft of twist, fed to the back wheels through a 6-speed transmission of either the automatic or manual persuasion. You also get a launch control mode. No points for guessing that all that translates to impressive straightline abilities (4.9 seconds 0-60 mph, electronically-limited 155 mph top speed), but bringing the horizon closer is only half the story. For occasions where turning is necessary, the VXR8 is fitted with a Magnetic Ride Control system similar to the ones found in other high performance GM products like the Corvette ZR1 and Cadillac CTS-V.

Technophiles will also be pleased to note the presence of something Vauxhall is calling Enhanced Driver Interface, or EDI. Basically, it’s an onboard telemetry system that displays information such as G-forces, lap time and even drift angle on the 5” dashboard screen that’s also used for navigation and other functions, including touchscreen dialing for the Bluetooth system. Naturally, there are also Aux-in and USB plugs so your portable music player and the VXR8 (with its raucous dual exhaust setup) can collaborate in, er, pleasuring you aurally. 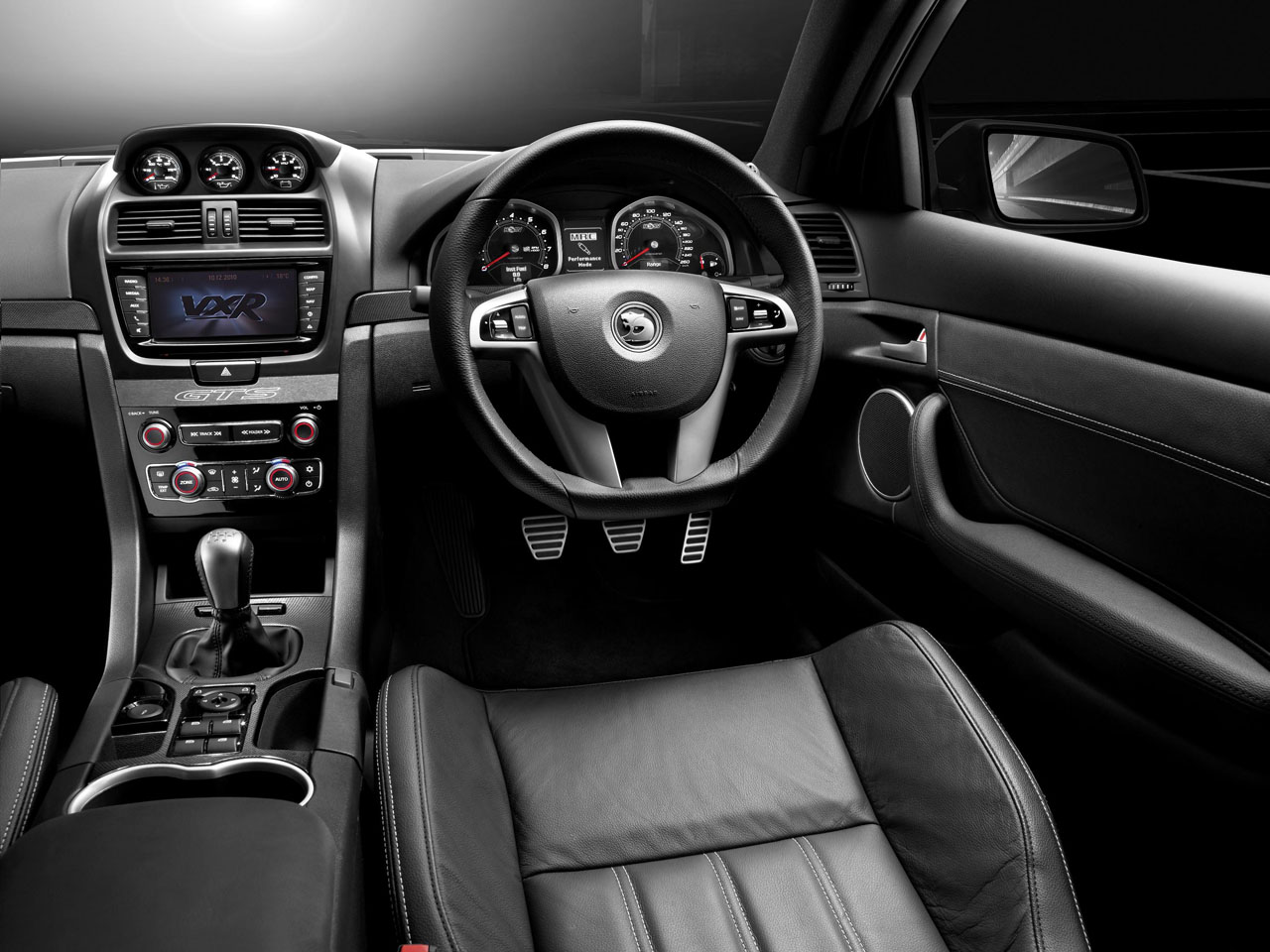 Outside, the VXR8 announces its sporting intentions like a shotgun blast announces that you brought your date home two hours after the time her old man specified. That is to say, loudly enough to make your eyes pancake-sized. The Hazard Yellow pictured here will be just one of the hues on offer, and it certainly makes the hyper-aggressive styling features like the jumbo fender vents, LED running lights, rear spoiler and beefy alloy wheels whose spoke pattern bears a probably-not-coincidental resemblance to the symbol for radioactivity really pop. No flying under the radar (or, since this is the U.K. we’re talking about, speed cameras) in this super sedan.

All this for the equivalent of about $77,300, though keep in mind that figure includes Old Blighty’s 20% VAT (value-added tax). With rumors of the Commodore returning to these shores as a Chevrolet (which, interestingly, is what it is sold as in Middle Eastern markets) recently resurfacing, we can’t think of a better basis for the SS model of whatever this new model would be called (Chevelle? Lumina? Camaro Brougham?). Please GM North America, make it happen. We don’t want to have to take a page from the Jericho fanboi book and start mailing you jars of vegemite until you change your mind. Seriously, the postage on that would get pricey in a hurry…