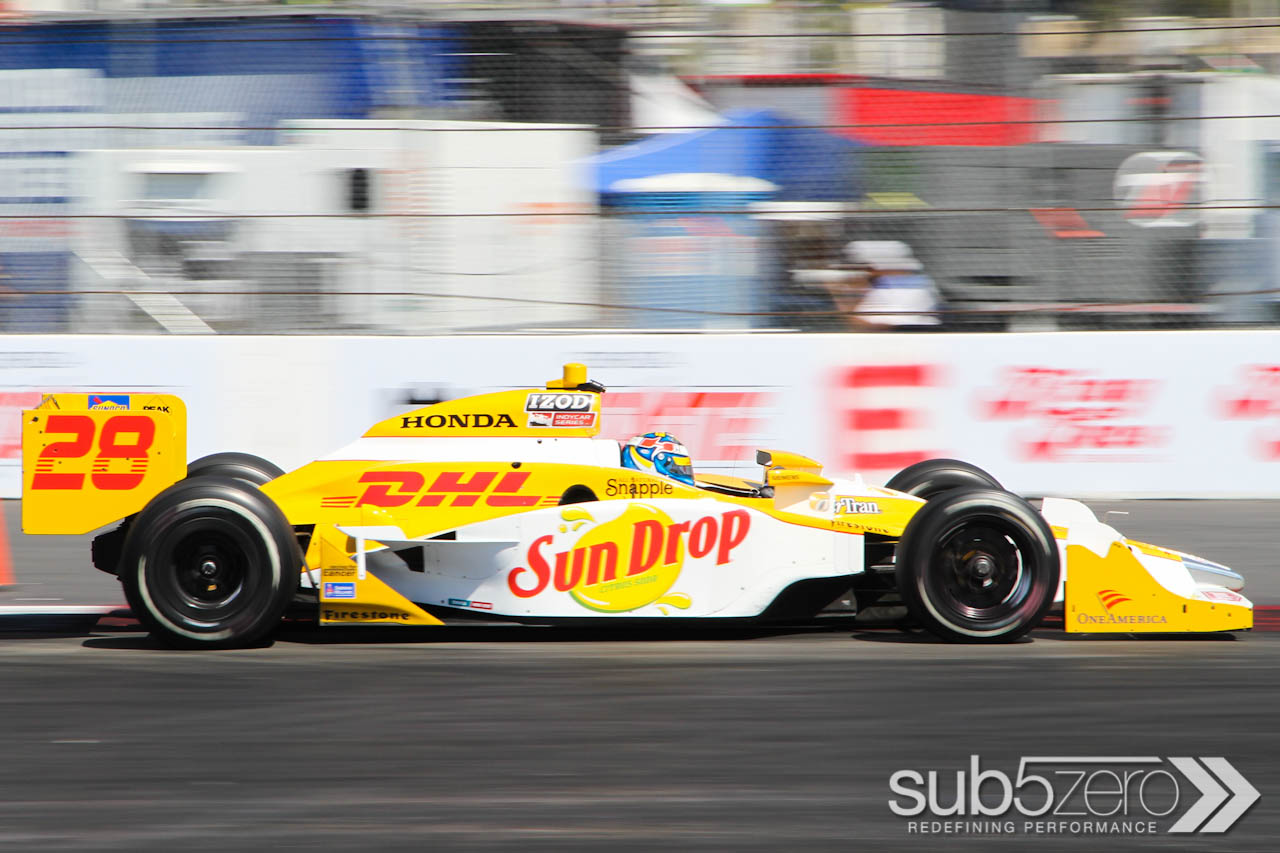 In 1975, British-born travel agent Chris Pook convinced (with help from racing legend and SoCal boy Dan Gurney) the city of Long Beach, California, to allow some of its streets to be closed off to allow a Formula 5000 race to be contested. Another Englishman, Brian Redman, won that first race, beginning a rich racing tradition that would become one of the crown jewel races of every series of which it was a part (Formula 1, CART, Champ Car, IRL and now IndyCar) and beginning a dramatic renaissance for the port town south of Los Angeles, helping transform its downtown from an super-sketchy seaside ghetto to a hip, vibrant metropolis filled with luxury apartment towers and happening nightlife spots. 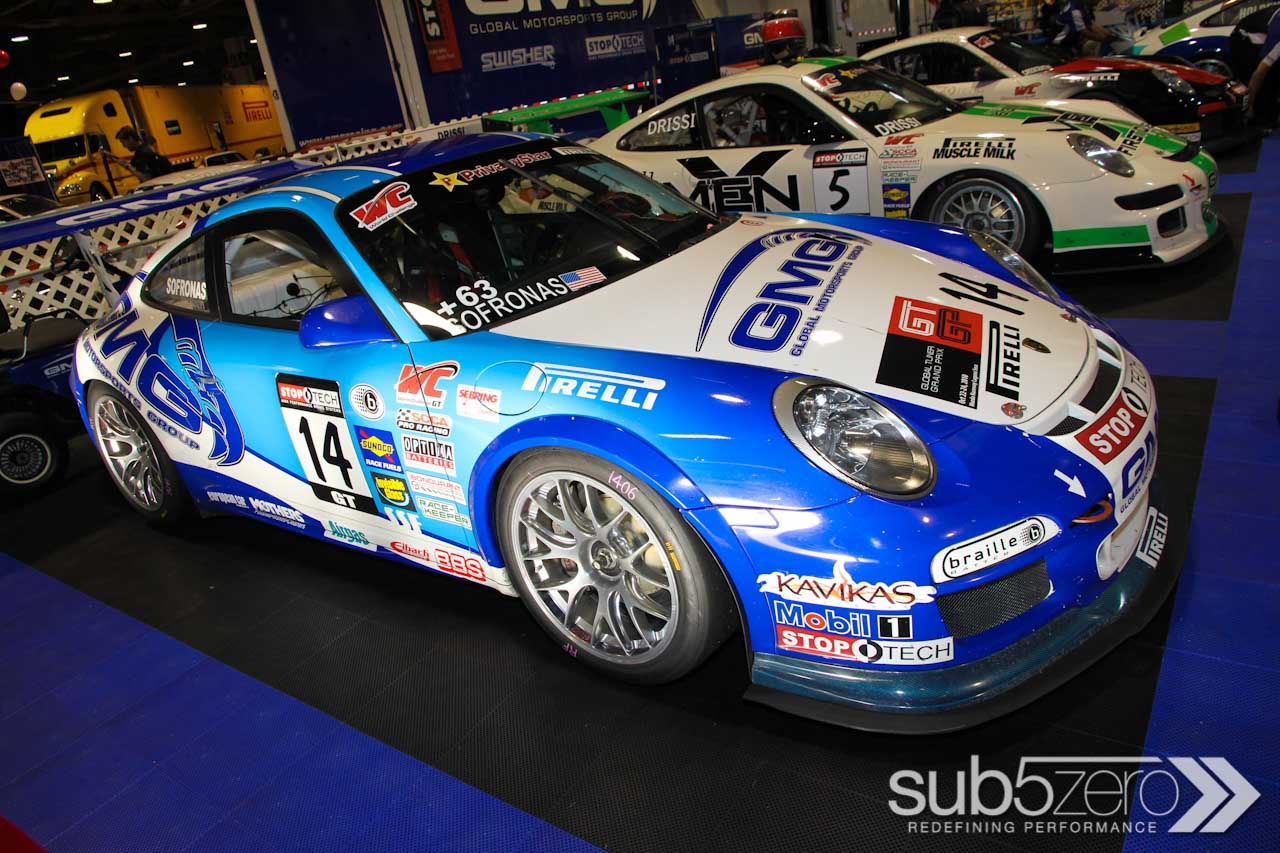 But the Toyota Grand Prix of Long Beach (as the race has come to be known) has evolved, too. There’s much more to it than just an open-wheel race, and that’s just counting the off-track activities. The focal point in this regard is the Lifestyle Expo, held inside the Long Beach Convention Center and Sports Arena. There are scores of companies and organizations vying for attention, allowing spectators to try out racing simulators and massage chairs, check out new cars from race-sponsor Toyota as well as the likes of Chevrolet, Cadillac and Volvo, even pose for free photos with exotic animals (We were psyched-beyond-words to cross “hold a sloth” off our bucket list. Our mother? Not so much.). There were also extreme sports demonstrations by those daring young men and their (not-originally-designed-for-)flying machines. 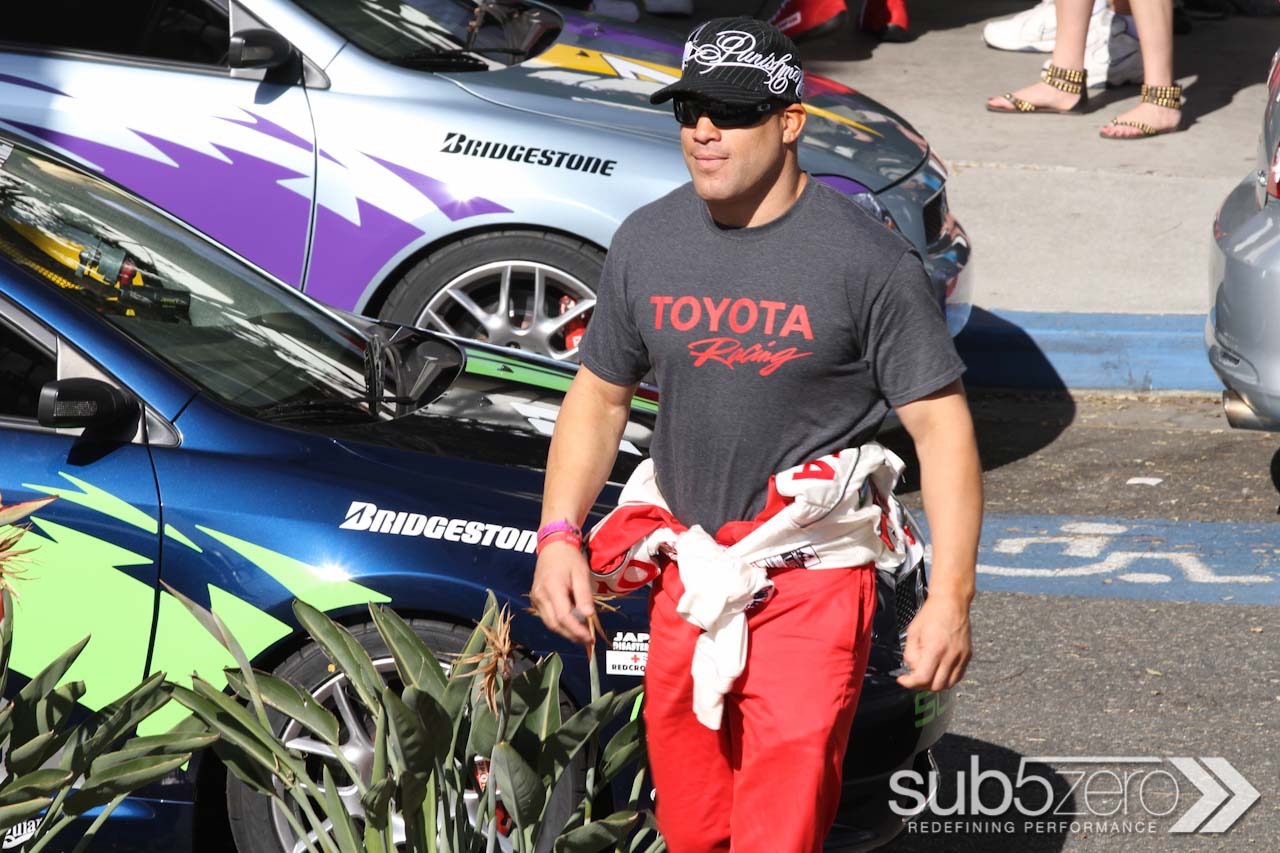 However, the Lifestyle Expo wouldn’t be there were it not for the on-track action, and there was no shortage of it over the three days of track activity. The first race of the weekend was the Toyota Pro-Celebrity Race, an always-popular event that pits famous athletes and entertainers against professional drivers for ten laps in identical first-gen Scion tCs in the name of raising money for charity. The pros start well-behind the celebrities, but as is usually the case, most of the celebs wound up hitting something and/or someone, making it easier for the pros to close up. 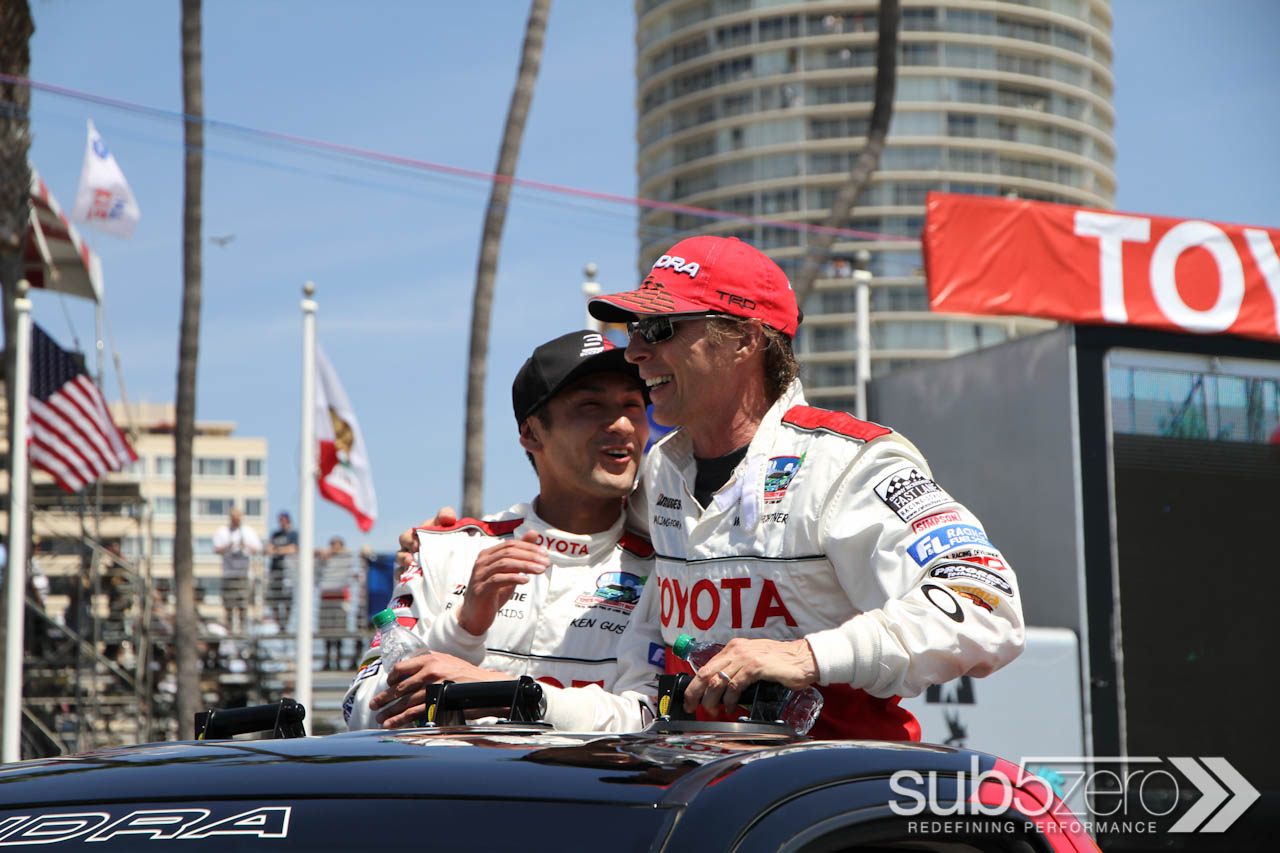 But in the end, it was a celebrity who took the overall win; actor William Fichtner crossed the finish line a few seconds ahead of drifting whiz Ken Gushi, who took top pro honors. And speaking of drifting, there was a daily team competition demonstration from the folks at Formula D who competed the previous weekend. 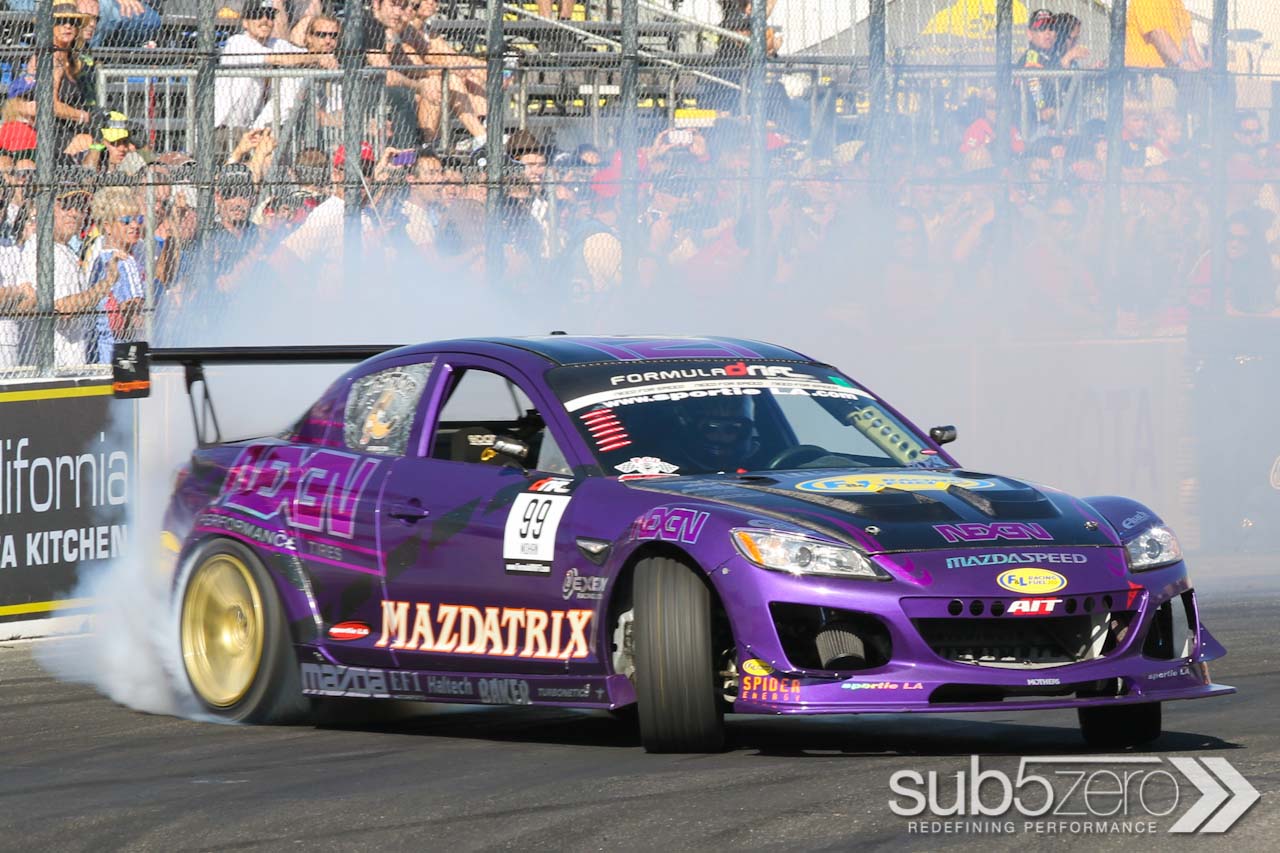 Saturday afternoon featured the second round of the 2011 American Le Mans Series season. You can check out our cohort Ravinowich’s report here and, suffice to say, it was an action-packed kaleidoscope of color, shape and sound (Even with this year’s smaller air inlet restrictors, the Lola-Aston Martin still sounds like a T-rex making whoopee. Yes, we mean that as a complement.). 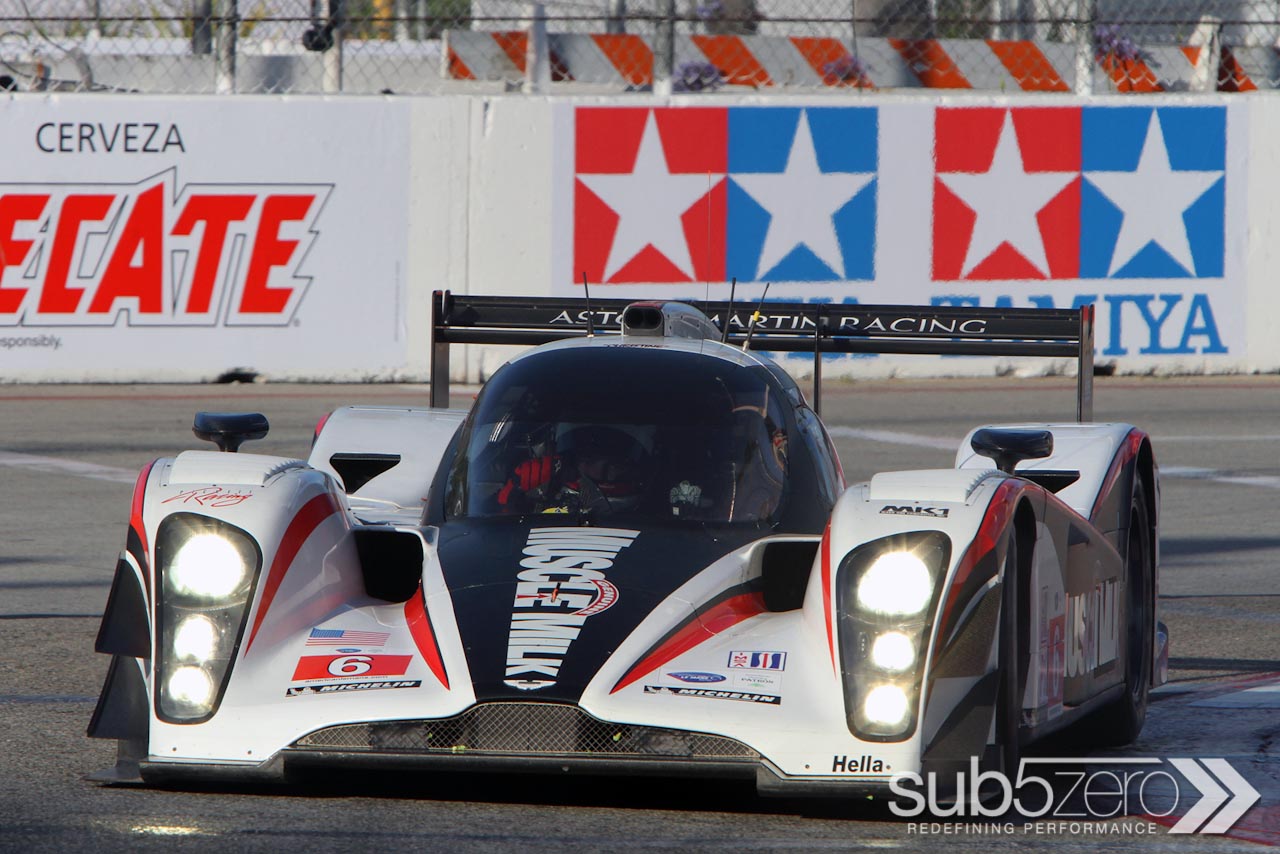 Sunday kicked off with the Firestone Indy Lights (Race winner: Second-generation driver Conor Daly.) and concluded with the SCCA World Challenge race (Local boy Brandon Davis taking the GT and overall win in his Mustang.) In between was the marquis event: The grand prix itself, which was the third round of this year’s Izod IndyCar Series schedule. The race was full of hair-raising incidents and some amazing passing, but in the end it was Mike Conway scoring something of an upset win over Ryan Briscoe and Dario Franchitti. It was the second-consecutive Long Beach win for car-owner Michael Andretti and, like Ryan Hunter-Reay last year, England’s Conway provided a genuine feel-good story, having survived this horrendous crash at the end of last year’s Indianapolis 500 but being forced to sit out the remainder of the 2010 campaign due to injury. 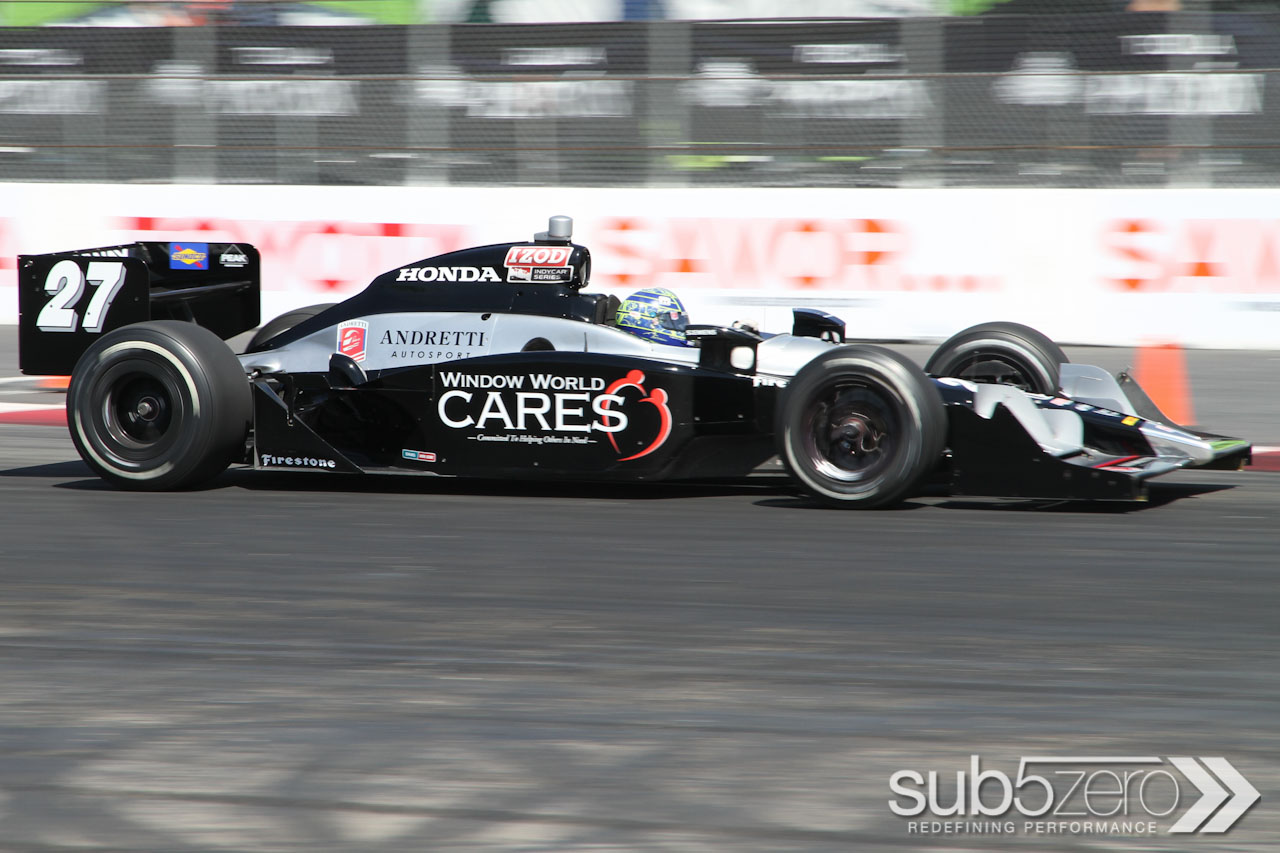 Now the temporary racecourse has been surrendered to traffic once more. The walls, bleachers, bridges and other facilities will be removed and mothballed for another year, but rest assured they’ll be back in place next April for the fastest block party in the West.