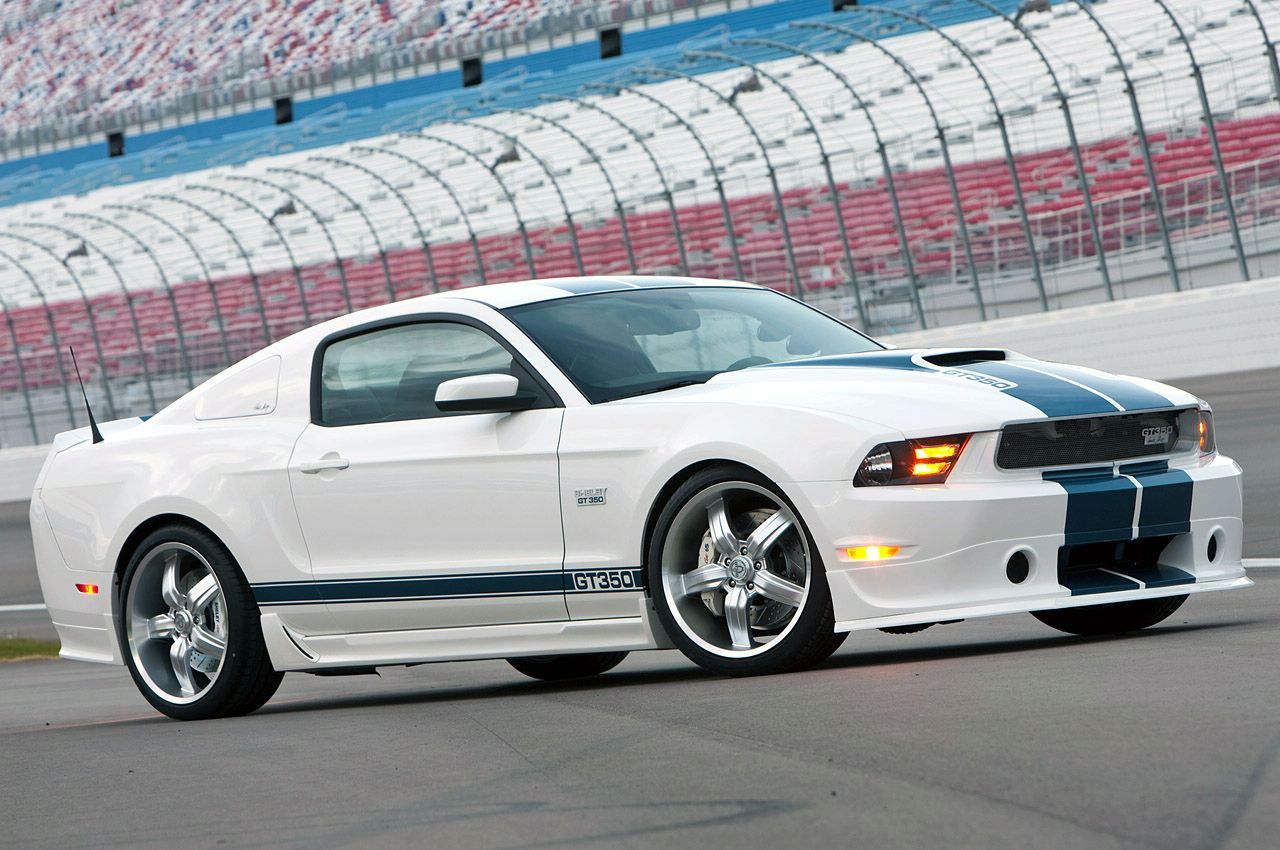 In January of this year, Shelby American brought their tuned-up 2011 Mustang GT350 to the Barret Jackson auction in Scottsdale to help celebrate the 45th anniversary of the original Mustang GT350. This was the first rolling concept for the return of a Ford Mustang bearing the “GT350” name. It was advertised as having 500hp, numerous brake and suspension upgrades, and of course some visual upgrades inside and out.

Fast forward to now and Shelby hasn’t deviated from that concept at all. Of course, a production car is usually a bit different than a concept. There’s lots to think about; crash safety, cost versus return, the attempt to appeal to a wider market, etc. Well, Shelby made a few changes to their original idea, and they all went in the right direction. Make the jump to read how Shelby went about building ” the ultimate small block muscle car.” 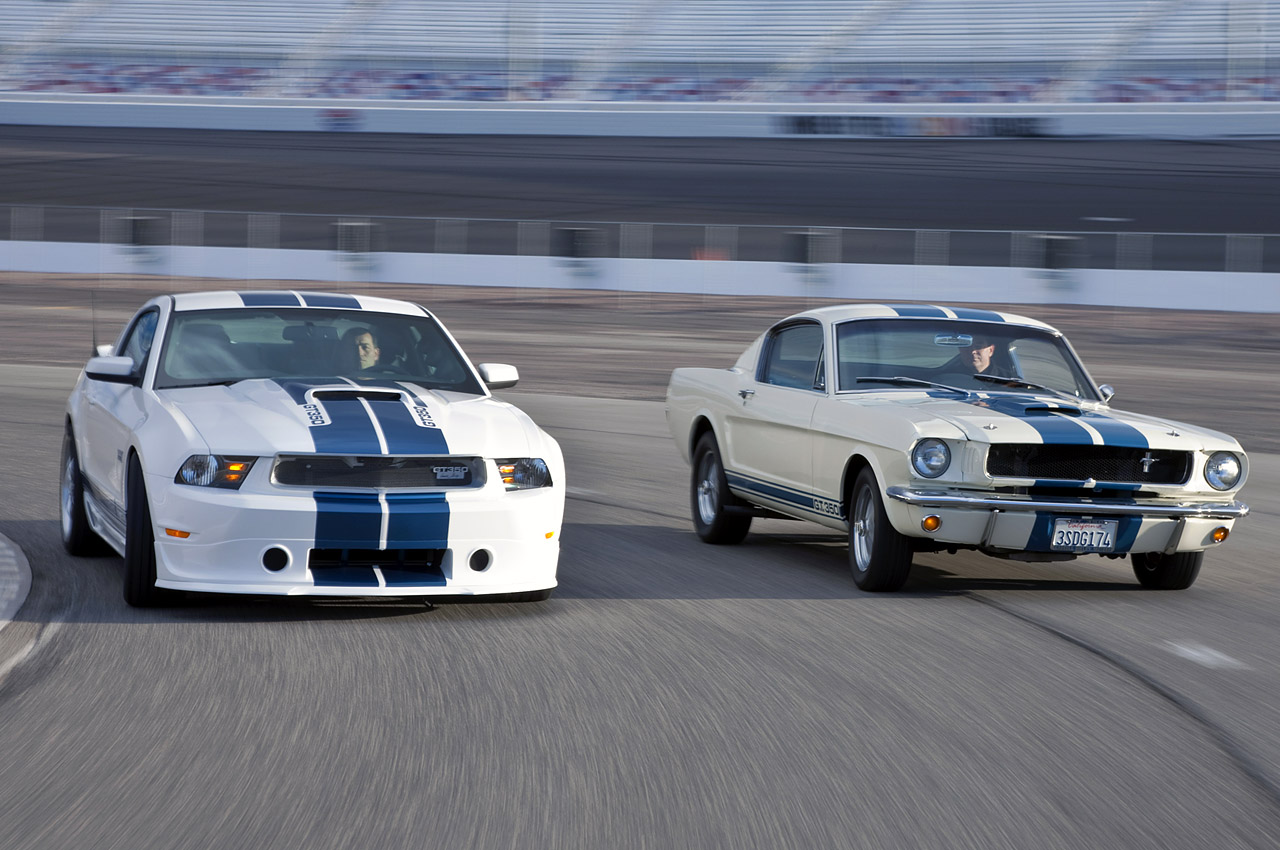 The day of muscle cars being one-trick ponies going really fast in a straight line is over. The original GT350 was a decent all-around performer for its time, but today it would struggle to keep up with any family sedan that has an “S” on the back. That’s not the case with the 2011 Shelby Mustang GT350. The goal of Shelby American was to build “The ultimate small-block muscle car” and after reading about the performance numbers, I think they can take over ownership of the phrase, “Mission Accomplished.”

There’s 3 trim levels available for the GT350: Naturally Aspirated, Standard Supercharged, and “R” tune. The NA car is intended for SCCA racing, so it leaves the 5.0 Liter mill stock but you get a wealth of track-ready parts: 6-piston Baer front brakes, stiffer suspension, thicker roll bars and enough Ford, Shelby and 45th Anniversary badges to open a museum. You can also get an optional tune that raises power output to 430hp, giving you a modest power boost without spending much more dough.The NA car will be a great all-around performance car, with 1.05g of grip, big brakes, and trim parts that set you apart from the rest of the GT crowd.

Taking the leap to forced induction is far more rewarding. For $33,995 Shelby American will turn your Mustang into a legitimate supercar predator. Shelby bolts on a Whipple supercharger and things get all kinds of awesome. Power? 525hp. Grip? 1.05g. 0-60? A very un-musclecar-like 3.7 seconds. This is a club frequented by Porsches and Ferraris. Well move over you blue-blooded immigrants, because apparently the GT350 just spent the last 45 years training like Rocky, and is taking on all reigning champions. Along with the engine and suspension you get the same great aero kit, functional brake-cooling ducts, interior upgrades, a wheel/tire package and a nasty Borla exhaust. And if 525hp isn’t enough, tick the box for the “R tune.” Now you have 625 horsepower, happy? 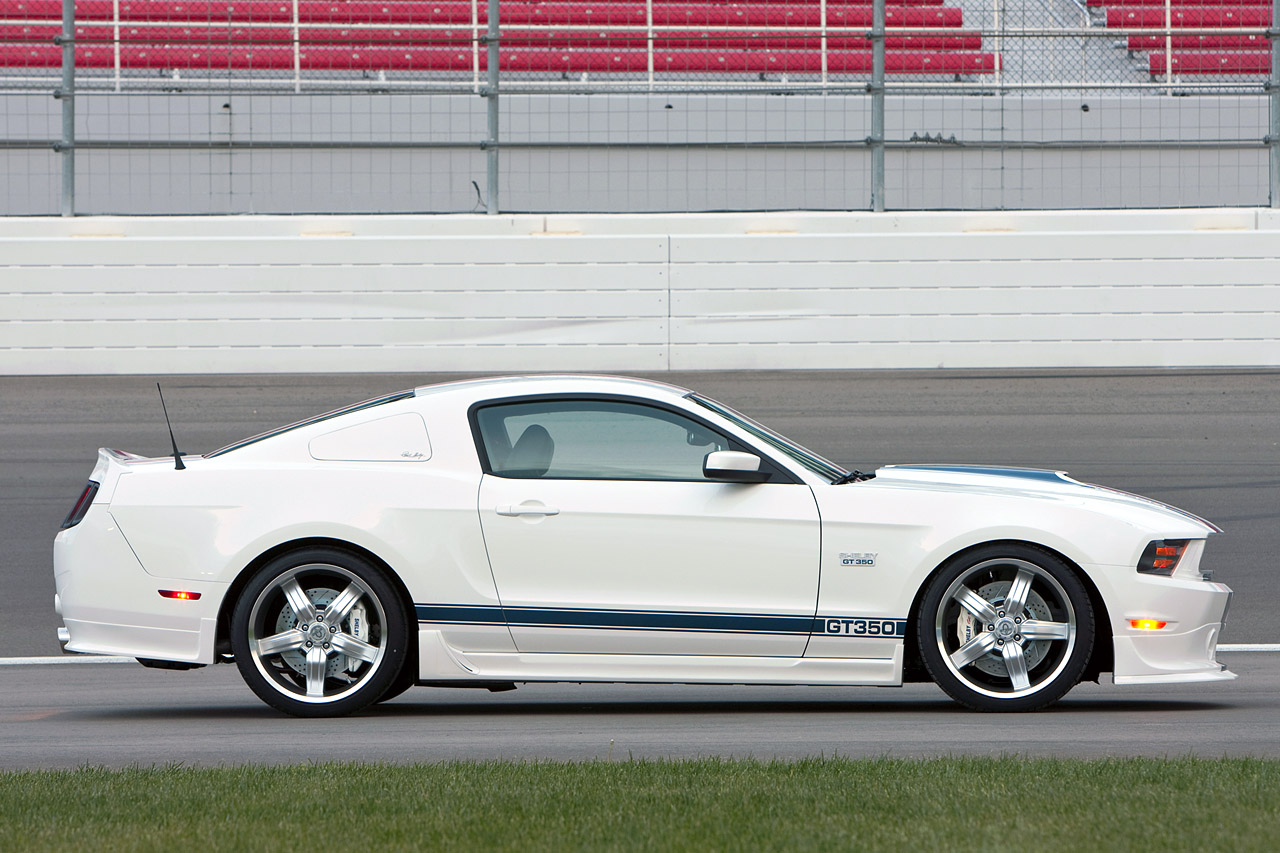 awesome as the Shelby cars are “stock”, you can add your own touch through their options list. There’s special paint schemes (classic racing stripes, of course), an upgraded stereo, various wheels/tires and a polished supercharger. That’s just the street stuff. If you want to make some Porsche owners’ eyes explode at the next track day, you can order the 6-piston Baer rear brake upgrade or the Watts link suspension setup. Just like the stock cars, this options list is as much for “go” as it is for “show.”

Knowing the loyalty and number of Mustang and Carrol Shelby fans out there, I doubt they’ll have much trouble selling the 2011 Mustang GT350. The price for the NA Mustang is about $26,000 (plus the stock vehicle) but even at about $60,000 total, the performance you get is on par with cars costing at least twice as much. The straight line performance is near the top of the food chain, and the lateral grip is better than the almighty Porsche 997 Turbo. Add to it the exclusivity of a limited production number, and the fact every car gets entered in the Official Shelby Registry, and you have a car with the performance of a supercar without the price depreciation. It goes, it turns, it looks great, and it’s an investment. It really is the ultimate muscle car. In the words of Adam Sandler, “Happy learned how to putt…uh oh.”