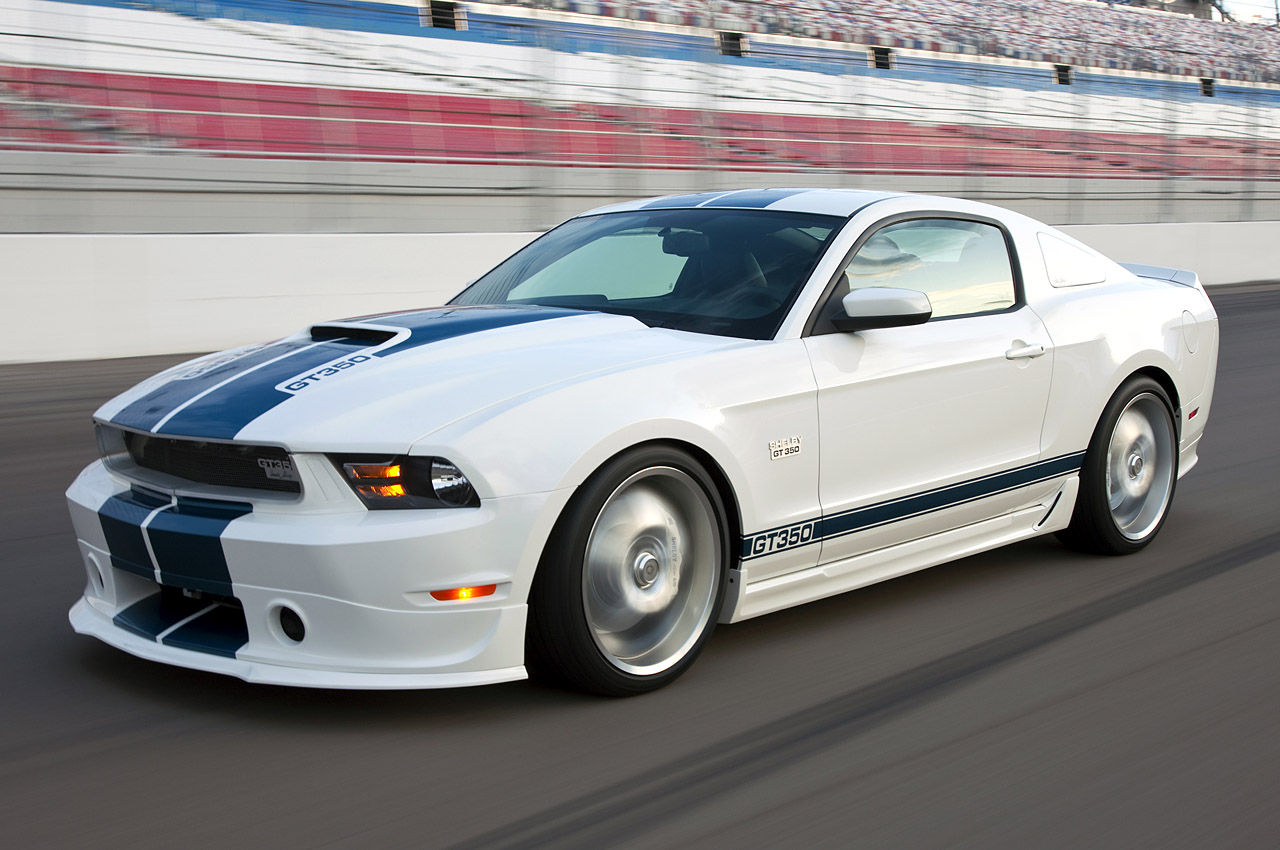 It was only a matter of time before the 2011 Ford Mustang GT got overhauled by the folks at Shelby American. Fresh off the official debut at the 2010 NAIAS last week, the Barrett-Jackson auction in Scottsdale, Arizona served as a perfect venue to showcase the new Shelby GT350 Mustang at an opening night gala honoring the 45th anniversary of the original 1965 model.

The 2011 Shelby GT350 sports a Ford Racing supercharger and suspension system, Baer brakes front and back, a center exit Borla exhaust system and Cragar wheels with sticky Goodyear tires. The small block 5.0-liter V8 engine has been tuned to produce close to 500 horsepower, which is put down to the rear wheels via a six-speed manual transmission.

The latest ‘Stang from the folks at Shelby also includes a styling package consisting of a new front fascia and splitter, rear deck lid panel, rear fascia, and tail light trim along with scoops on the hood and side rockers. And to let the occupants know that the car really means business, a host of gauges run down the A pillar to provide fuel pressure, oil pressure and boost.

The GT350 will only be available as an aftermarket package directly from Shelby, operating out of their Las Vegas facility. The MSRP is listed at $33,995, which unfortunately does not include the cost of the base model, which runs around $30k. This puts the price significantly higher than the Shelby GT500 (MSRP $47,175) with not much of a performance boost and some logistical hurdles, but there’s sure to be no shortage of takers.