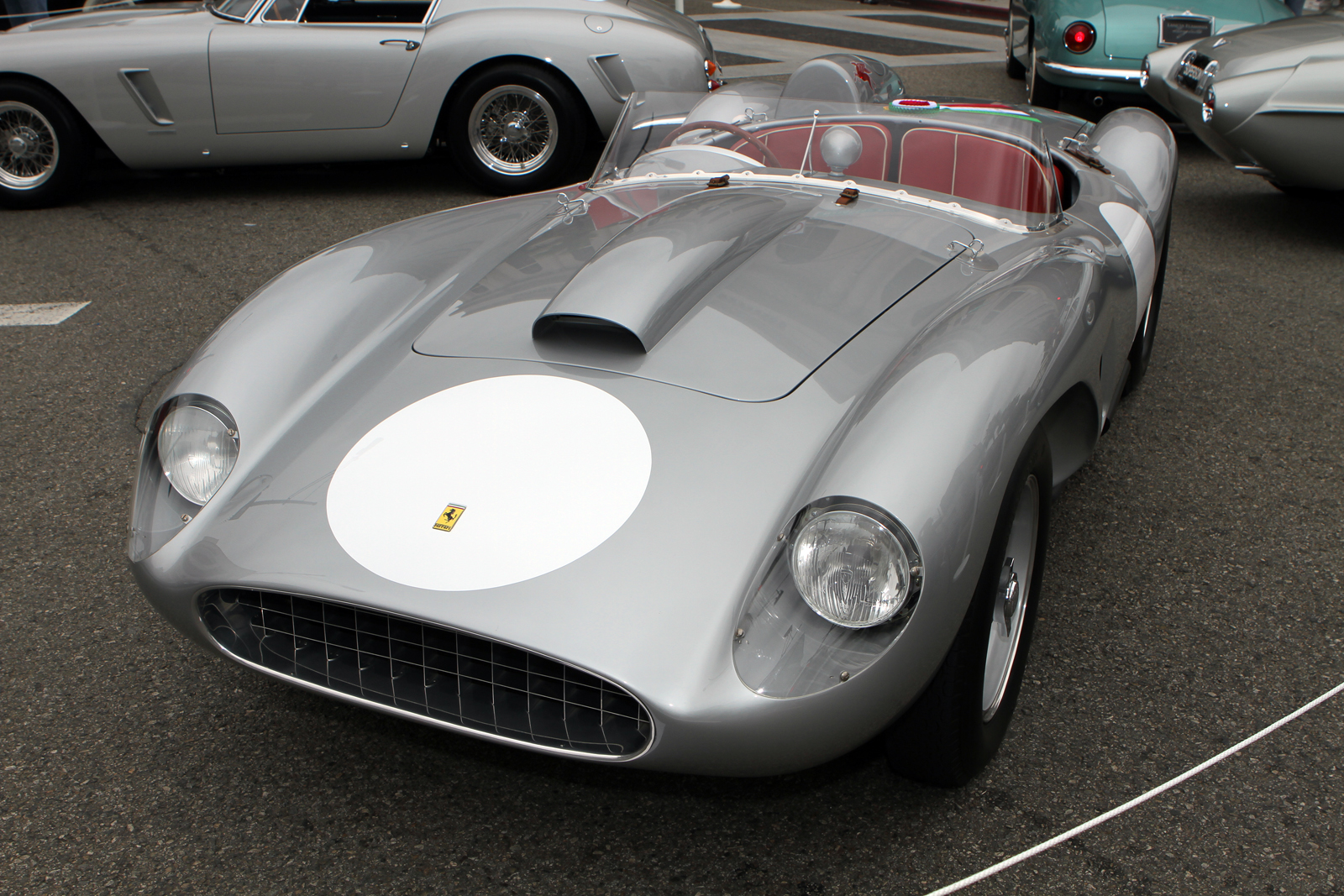 On most days, Rodeo Drive is known for stores featuring famous designers such as Bijan, Zegna, and Ralph Lauren. But each Father’s Day, Rodeo Drive becomes home to another breed of famous designers, such as Scaglietti, Pininfarina, and Zagato. This year’s Rodeo Drive Concours d’Elegance celebrated “The Art of Italian Motoring”.

Fiat was selected as the featured marque in celebration of the North American launch of the Fiat 500. As always, there were plenty of other marques, including some phenomenal Ferrari models such as Bruce Meyer’s 1957 Testarossa seen in the photo above. Although this particular car isn’t one of the more famous “pontoon fender” Testarossas, there is no doubt that it is a rolling piece of art. 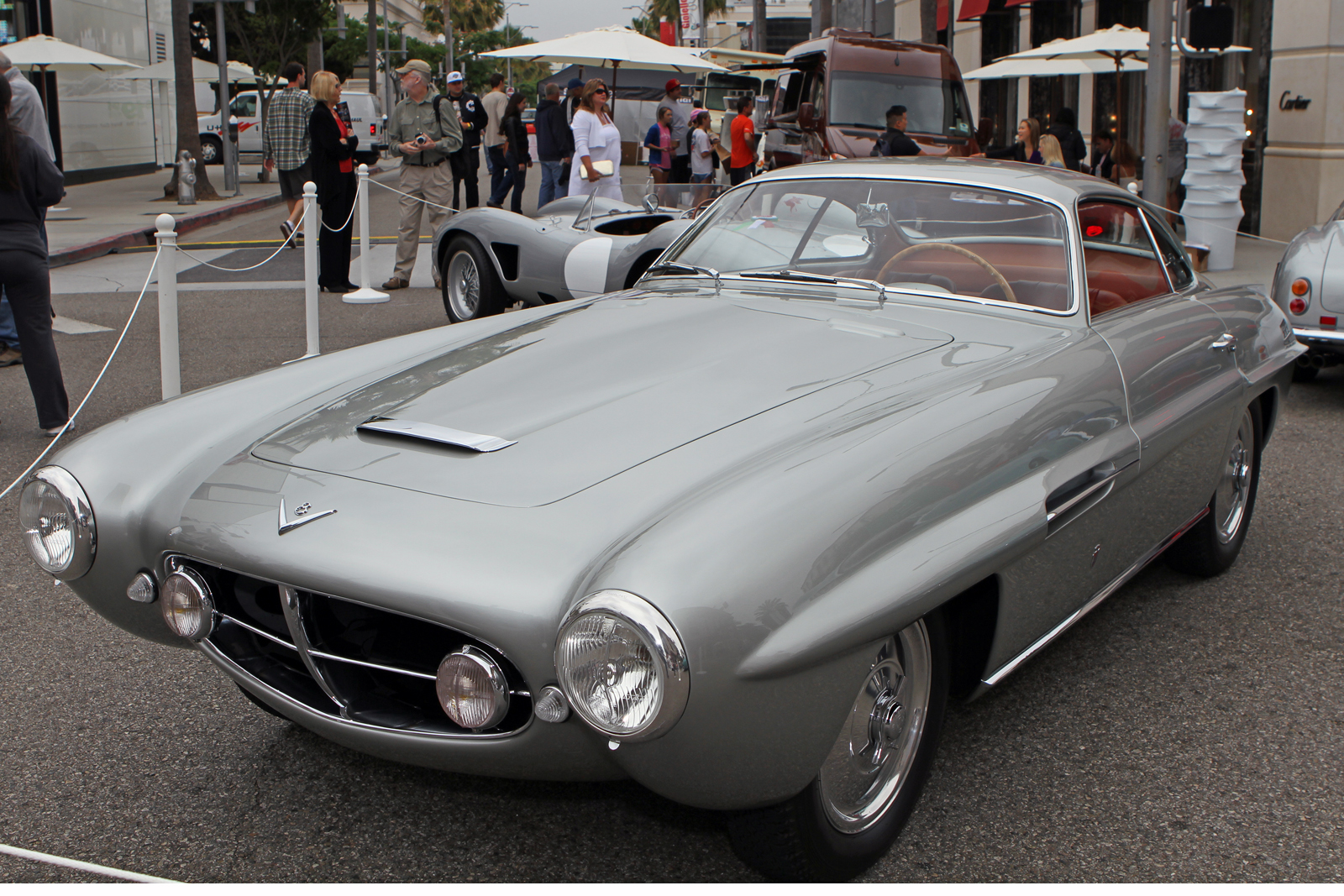 As the featured marque in this year’s Concours, there were no shortages of Fiats throughout Rodeo. One car that caught our attention was this 1953 Fiat 8V Ghia Supersonic. This particular Fiat which coachwork by Ghia, another Italian design house. There were only 8 of these beautiful cars ever built with Ghia bodies. 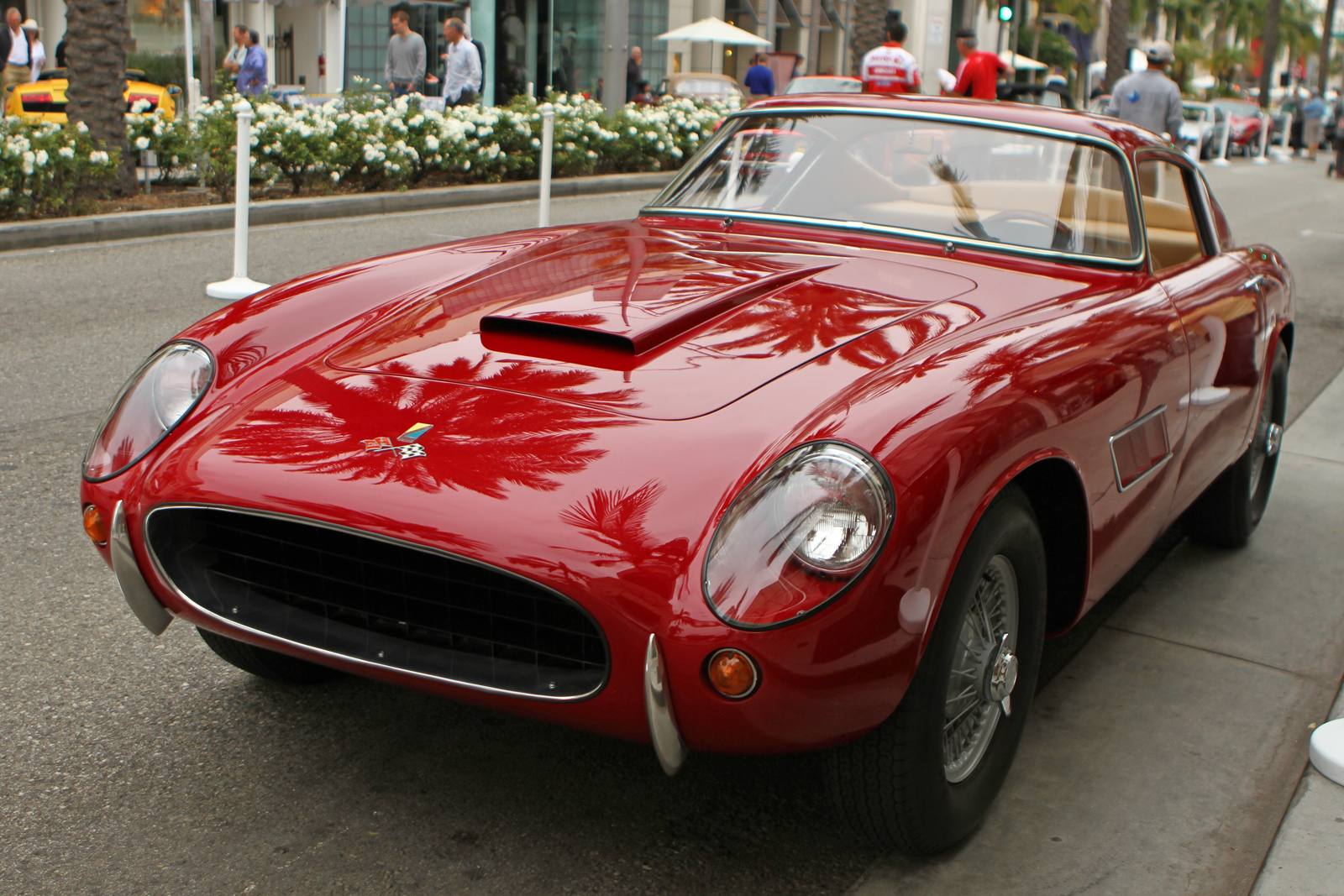 Each year, the Pertersen Museum brings some pretty amazing cars from their “underground vault” to the Rodeo Concours. This year, in line with the show’s theme, the museum brought its 1959 Corvette Scaglietti Coupe. This is one of 3 such cars in existence, which featured a body by famed Italian coachouse Scaglietti. These extremely rare and unique Corvettes were comissioned by Gary Laughlin, an American from Texas, along with Jim Hall and Caroll Shelby.

Their intent was to race these cars around the world against Ferrari’s own 250 Testarossas and SWB Berlinettas, with the hope that the Corvette’s mechanical components would prove to be more realiable. As Enzo Ferrari was one of Scaglietti’s main customers, the project had to be conducted in some secrecy at the coachouse, and thus took very long to complete. In the end, only one car was every fully completed – the other two were shipped in various stages of production to the U.S., and were never raced. 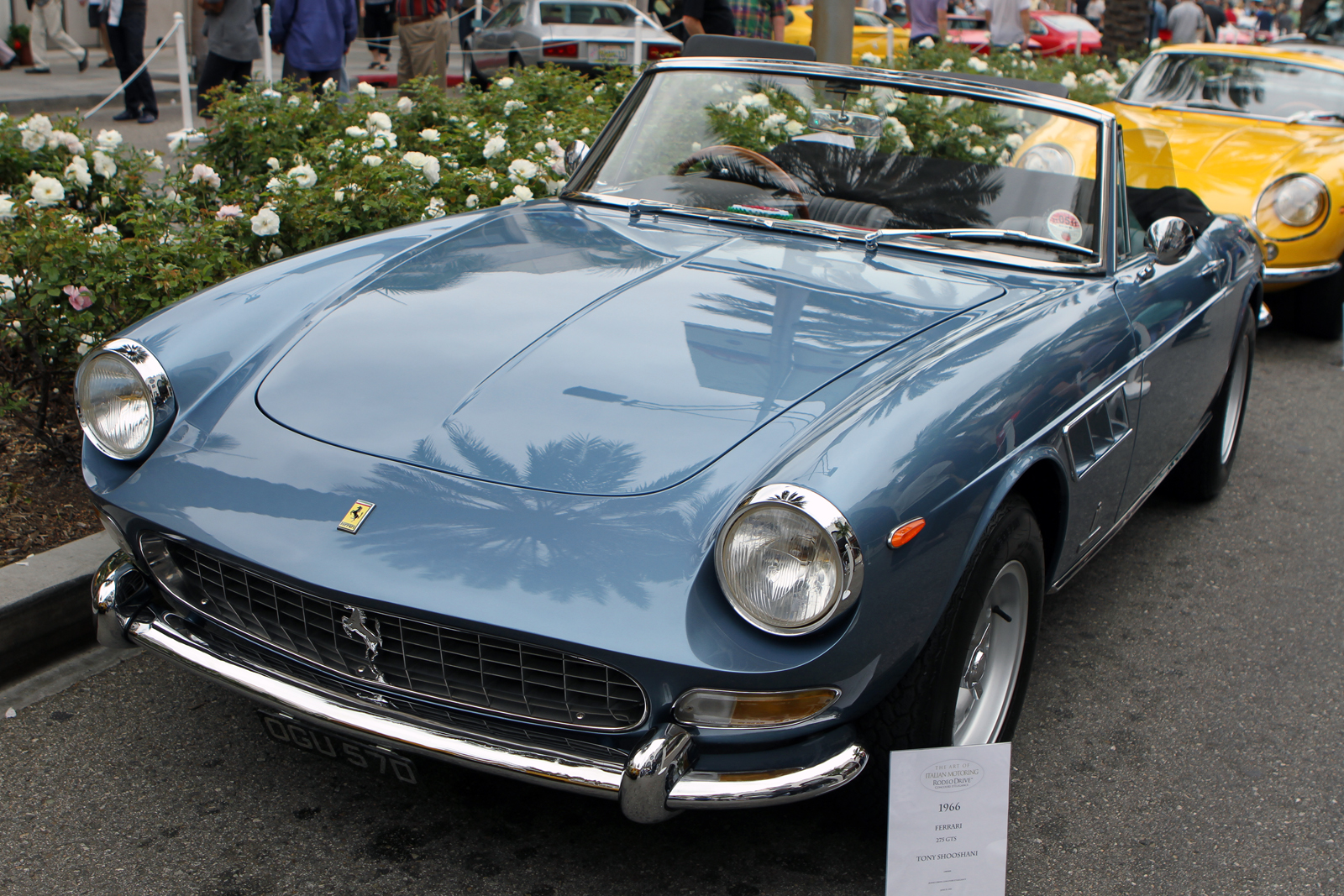 There were quite a lot of phenomenal cars at this year’s Concours, including this beautiful 1966 Ferrari 275 GTS. This is one of only 14 right-hand drive 275’s ever built, and was originally owned by Hollywood actress Jayne Mansfield. It was acquired by Eric Clapton (yes, that Eric Clapton, and no, he was not at the show today) in 2007, and fully restored. Check out our gallery below and see some of the other amazing pieces of automotive art we came across on Rodeo Drive today.