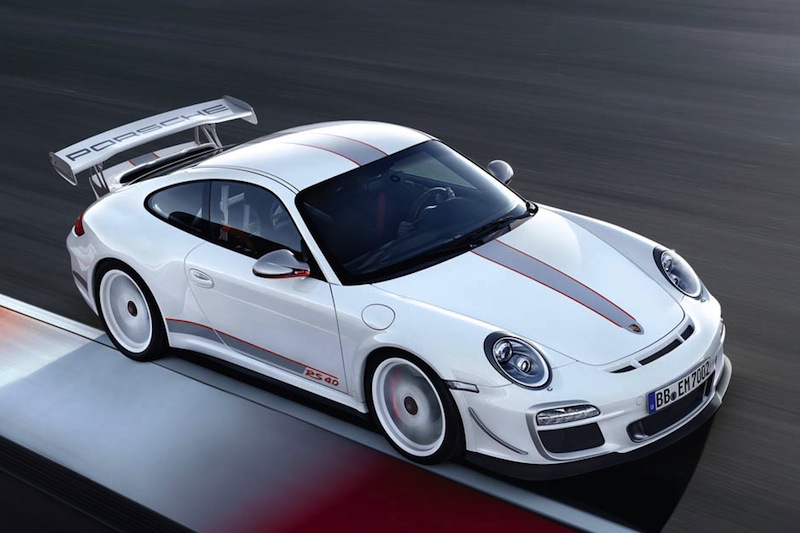 One of the oldest adages in hot rodding is “There’s no replacement for displacement.” Sure, advocates of supercharging, turbocharging, nitrous and even rotary engines might beg to differ, but the fact remains that bumping up the bore (diameter of each cylinder) and/or stroke (the distance the pistons travel) is a mighty good way to make an engine more muscular.

Porsche has decided to go the engine embiggening route for the latest – and last – variant of the 997 generation 911 platform. But the new model – the 911 GT3 RS 4.0 – has a whole lot more going for it than just a bigger powerplant. 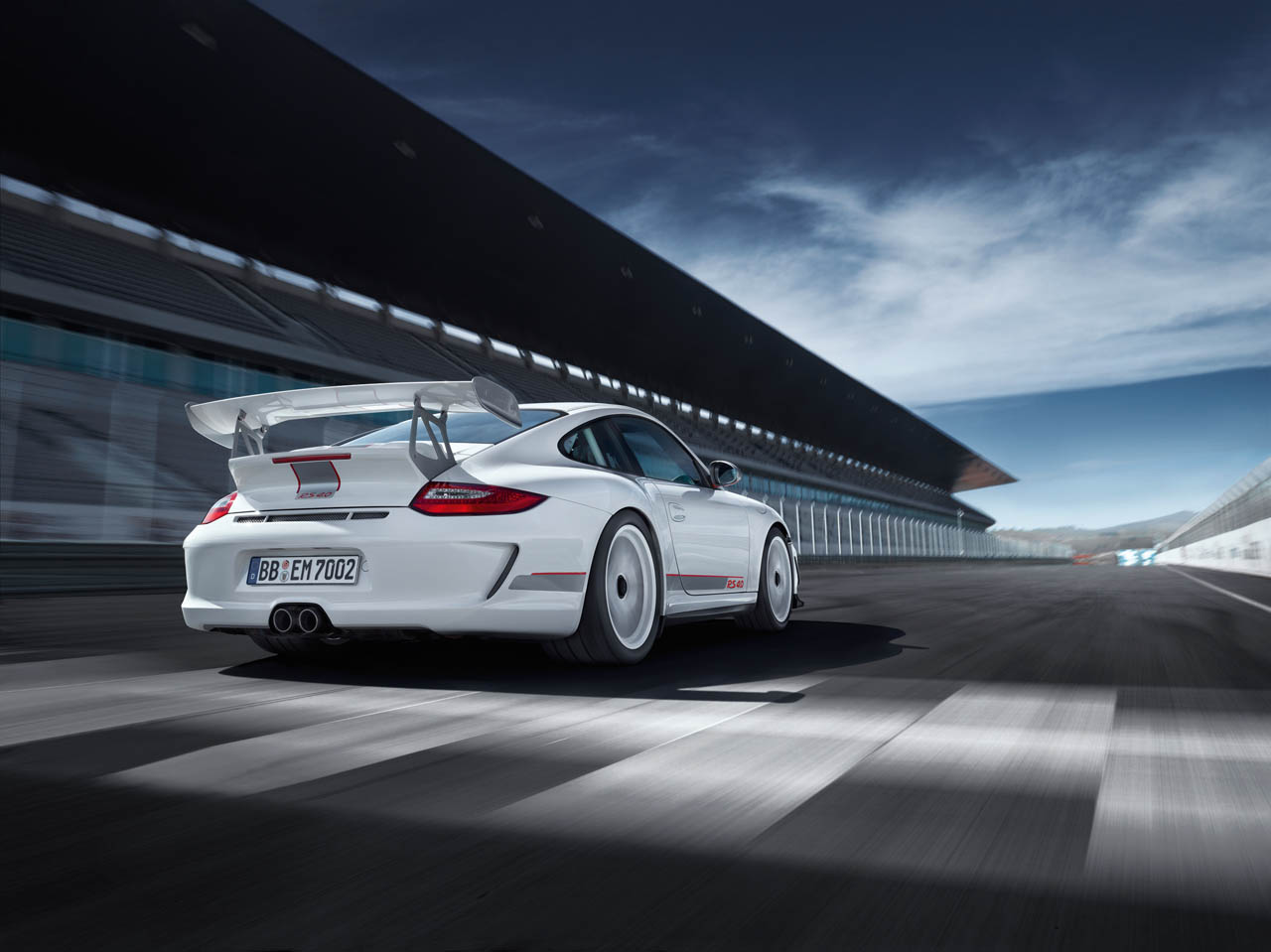 But about that engine; it features forged pistons, titanium connecting rods and the very same crankshaft as the one found in the engine of the latest 911 GT3 RSR racecar. Like the ALMS GT racer’s engine, the flat-six in this puppy measures 4.0L. Unlike the track version, though, the GT3 RS 4.0’s engine doesn’t have to breathe through a playing-field-leveling air restrictor. Result? An astounding 500hp (at a lofty 8,250 rpm) and 339 lb.-ft of torque. That’s 125 ponies per liter! Would it surprise you to hear that makes it the most powerful normally-aspirated street legal 911 ever? Didn’t think so. And as with lesser GT3s, a 6-speed manual is the only transmission offered.

It would be easy to forgive the Porsche engineers if they had just plonked in that Screaming Mimi of a motor and called it a day. Thing is, they didn’t. The exterior features a carbon fiber front trunklid and front fenders, functional racing-style aerodynamic “dive planes” (which help generate 426 lb. of downforce at the car’s 193 mph top speed) and distinctive stripes and graphics. Inside, you’ll find a pair of lightweight carbon fiber bucket seats, strap-style door handles, thinner lightweight carpeting, and a dashboard plaque bearing the number of that particular GT3 RS 4.0 within the 600 car sequence. 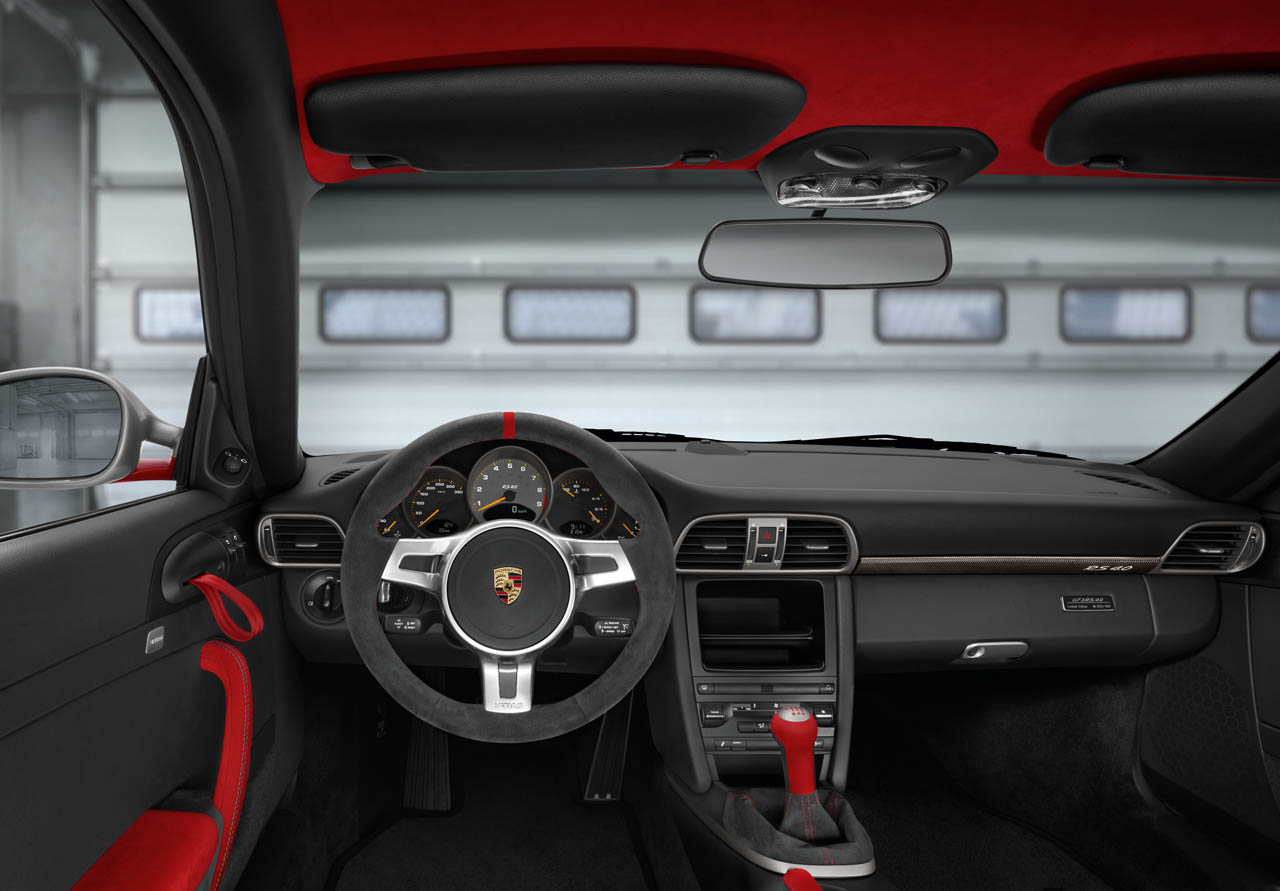 That’s right, only 600 of these beasts will be made, so they’ll be pretty hard to come by, even if you can swing the eye-watering $185,000 needed to put your name on the title. That’s the bad news. The good news is that, unlike most other premium European manufacturers’ high-zoot limited edition models, the 911 GT3 RS 4.0 will be available in the United States. So if you really want one, get to your nearest Porsche dealer stat. The nice video and pictures below will still be here when you get back. Promise.