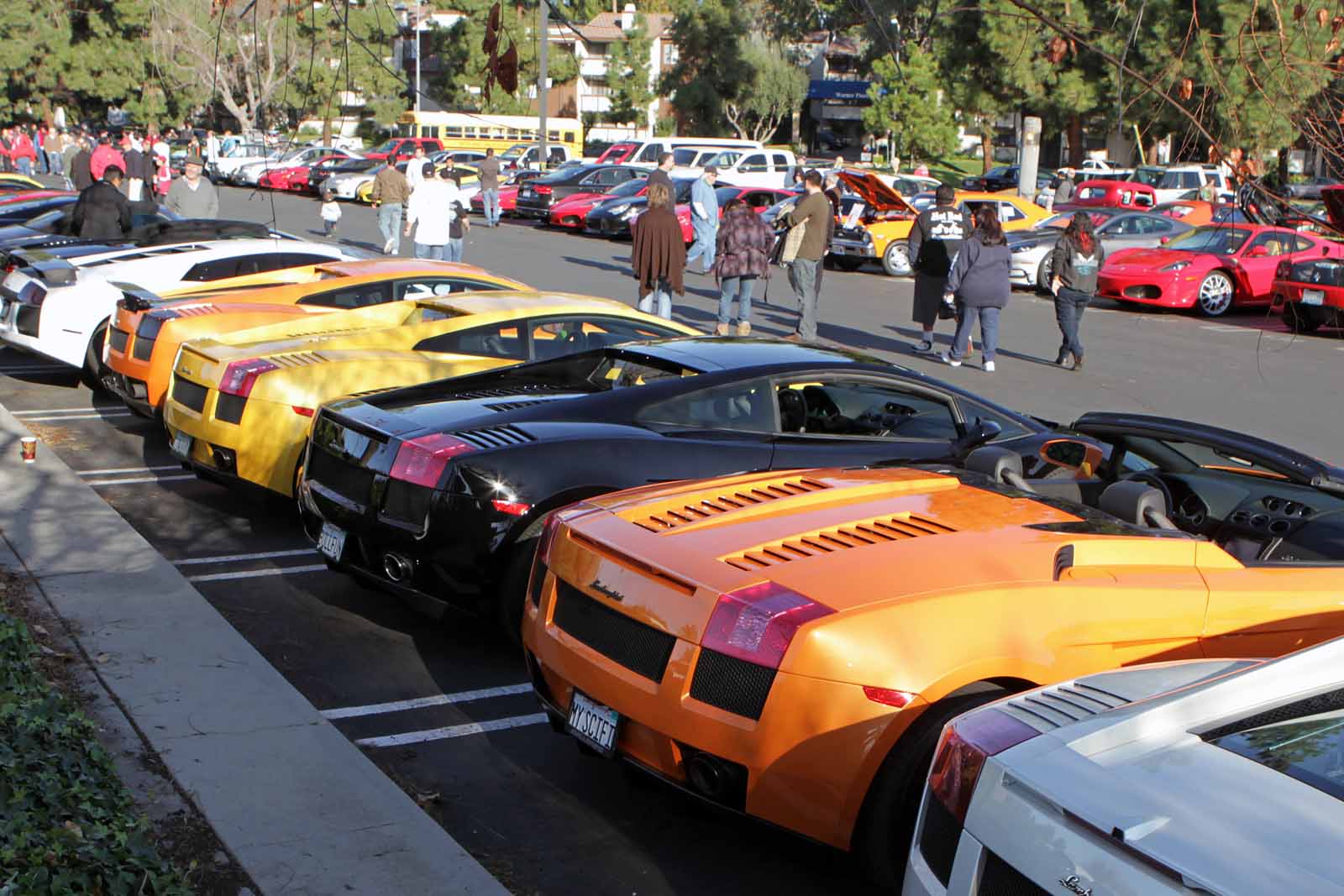 This past Sunday Woodland Hills played host to the 8th Annual Motor4 Toys Car Show. Since 2004, Motor4Toys Car Show's mission has been to "to bring the motorsport community together for the holidays to collect as many toys as possible for less fortunate children." Last year, over 36 thousand toys were collected, and from what we saw, this year's toy drive is on track to break that record. And as always, the show brought together an amazing group of cars. We ran across everything from a Batmobile replica, to over 20 Ferraris of all years (including a beautiful 250 GT Lusso), to a bus that used to transport tourists at Yosemite in the 60's. Keep reading past the break to see some of the more unique vehicles we came across, as well as our photo gallery. 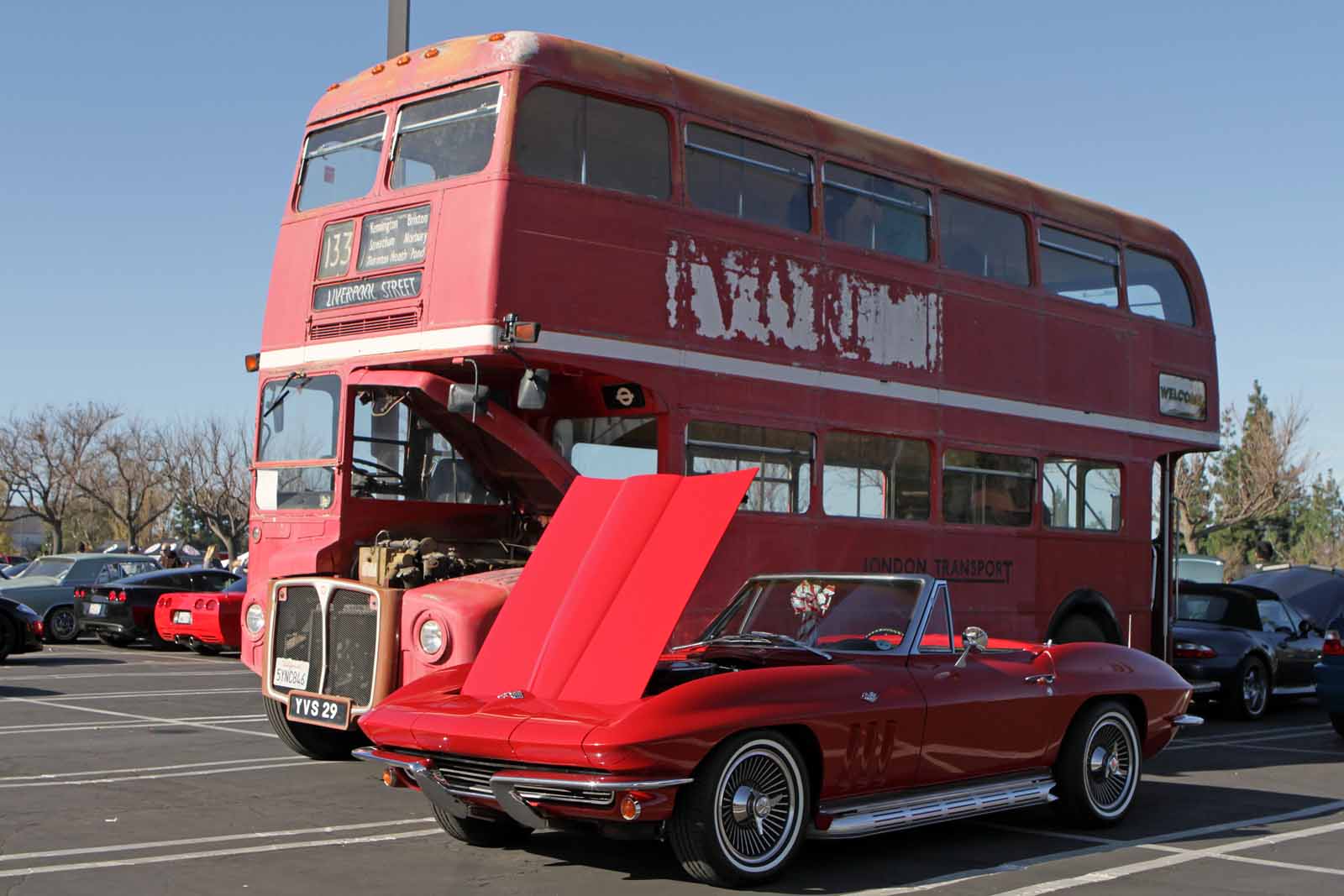 Behind this beautiful mid-60's Corvette is a 1961 Routemaster, most commonly known as a London Double-Decker bus. Although we aren't sure when it was brought across the big pond, it is currently registered for use in California. And yes – it was driven to and from the show! The Routemaster seats 64 passengers, including 36 upstairs. We made sure to join the line of little kids (we tried not to knock any 5 year olds out of in the way in our excitment) to check out the view from up top! This iconic bus is powered by a 9.6 Diesel inline 6-cylinder engine, putting out 115HP, to a top speed of 42 MPH, and weighs a few pounds over 7 tons! 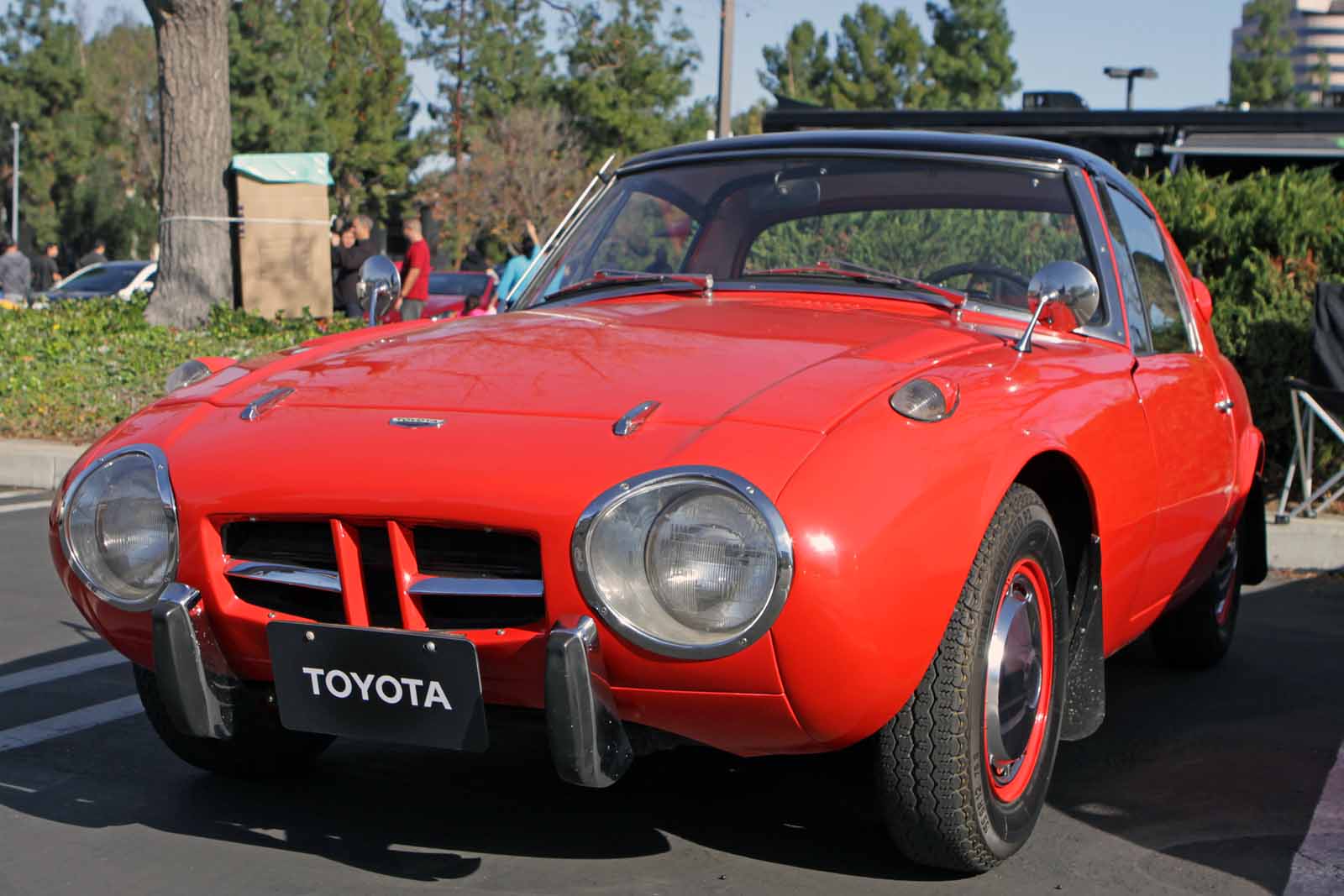 Among the rows and rows of Gallardos and Ferrari 430s (only in California would one get tired of seeing these two…) we ran across this beautiful Toyota Sports 800 in the photo above. We last saw one of these last week at the Scion FR-S reveal in Hollywood. Like the FR-S, the Sports 800, otherwise known as the "Yota-Hachi" (Toyota 8), is powered by a horizonatally opposed engine. Only this one is massive 48.2 cu in 2-cylinder powerhouse, putting out about 45 HP, propelling the Sports 800 to a top speed of 90 MPH. And although many of you may think that the 2010 Prius was the first Toyota to achieve 50 MPG, the Yota-Hachi managed that same figure back in the mid-60's! Only 3,131 Sports 800 were made, and of those, only 300 were left hand drive like the one at Motor4Toys. That makes this particular Sports 800 rarer than a Ferrari Enzo. They were never officially imported into the US – which means very few cars ever made it here from Japan! 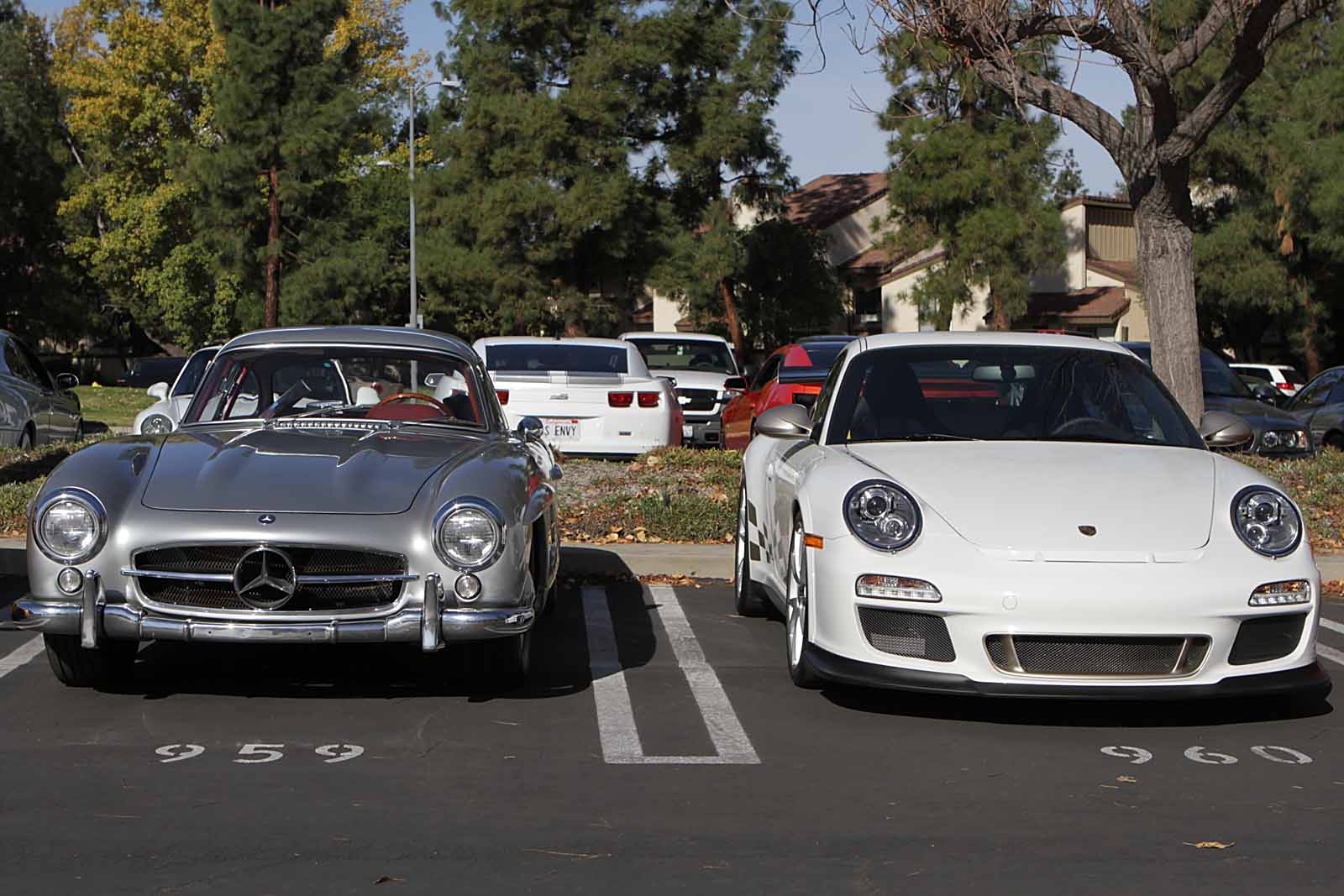 In all it was a great event – one of our favorite of the year here in Southern California.  As you can see from the two very different cars in the photo above, there was something for everyone at this year's Motor4Toys. Be sure to check out our gallery of the event, and if you're around SoCal next December – don't miss next year's event as it promises to be even larger. And be sure to bring some toys!