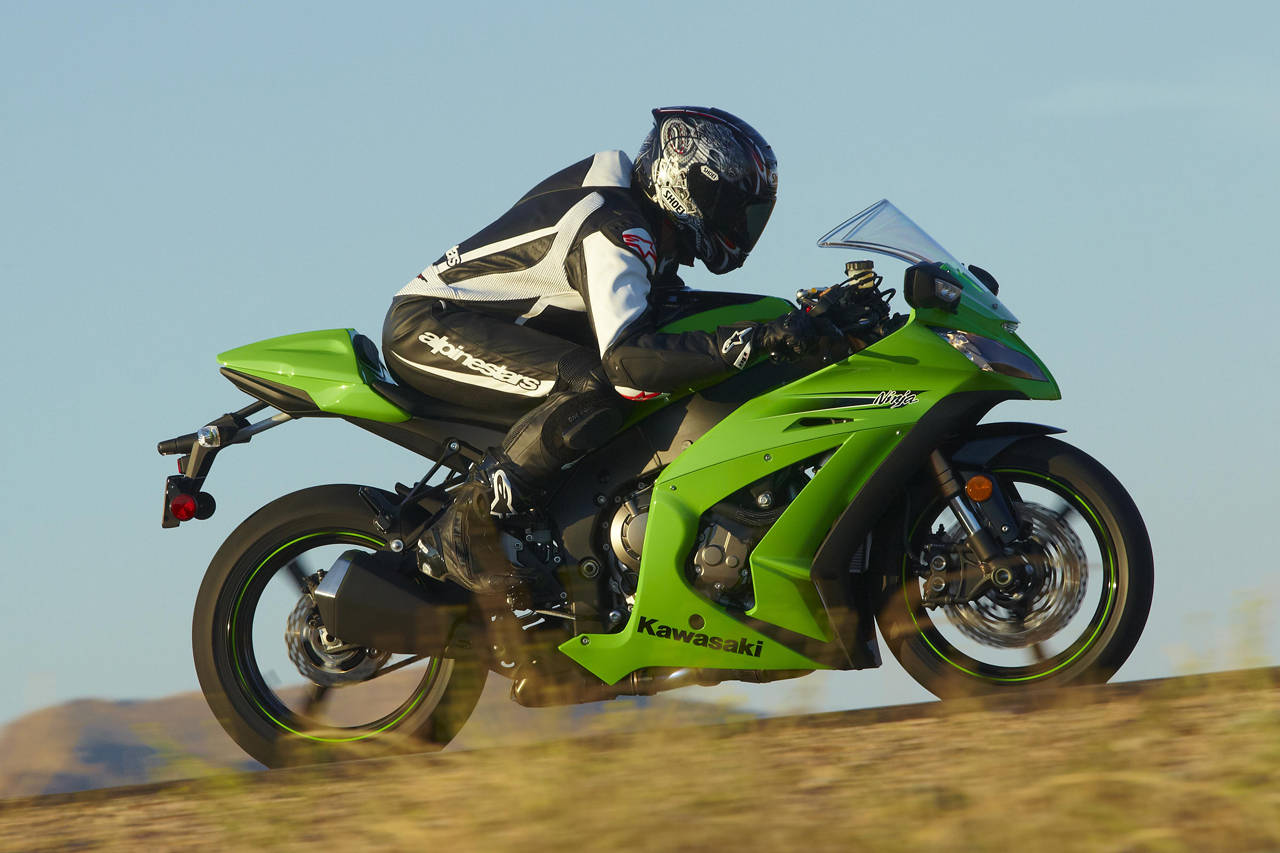 You don’t need a PhD in physics to know that adding power to a vehicle will usually make it accelerate faster and give it a higher top speed. Reducing weight will improve acceleration, as well as braking and cornering ability. Do both to the same vehicle and you see a substantial increase in performance. Keep in mind this is as true with two-wheeled machines as it is with four-wheelers.

Armed with this knowledge, Kawasaki has revamped its most menacing crotch rocket – the Ninja ZX-10R – for 2011 by both putting it on a diet and toning its muscles. But that’s not all they’ve done to make this latest in the long line of bikes named for the shadow warrior better. What’s hiding under that aggressive new bodywork? Make like this thing’s tach needle when you give it the beans and jump! 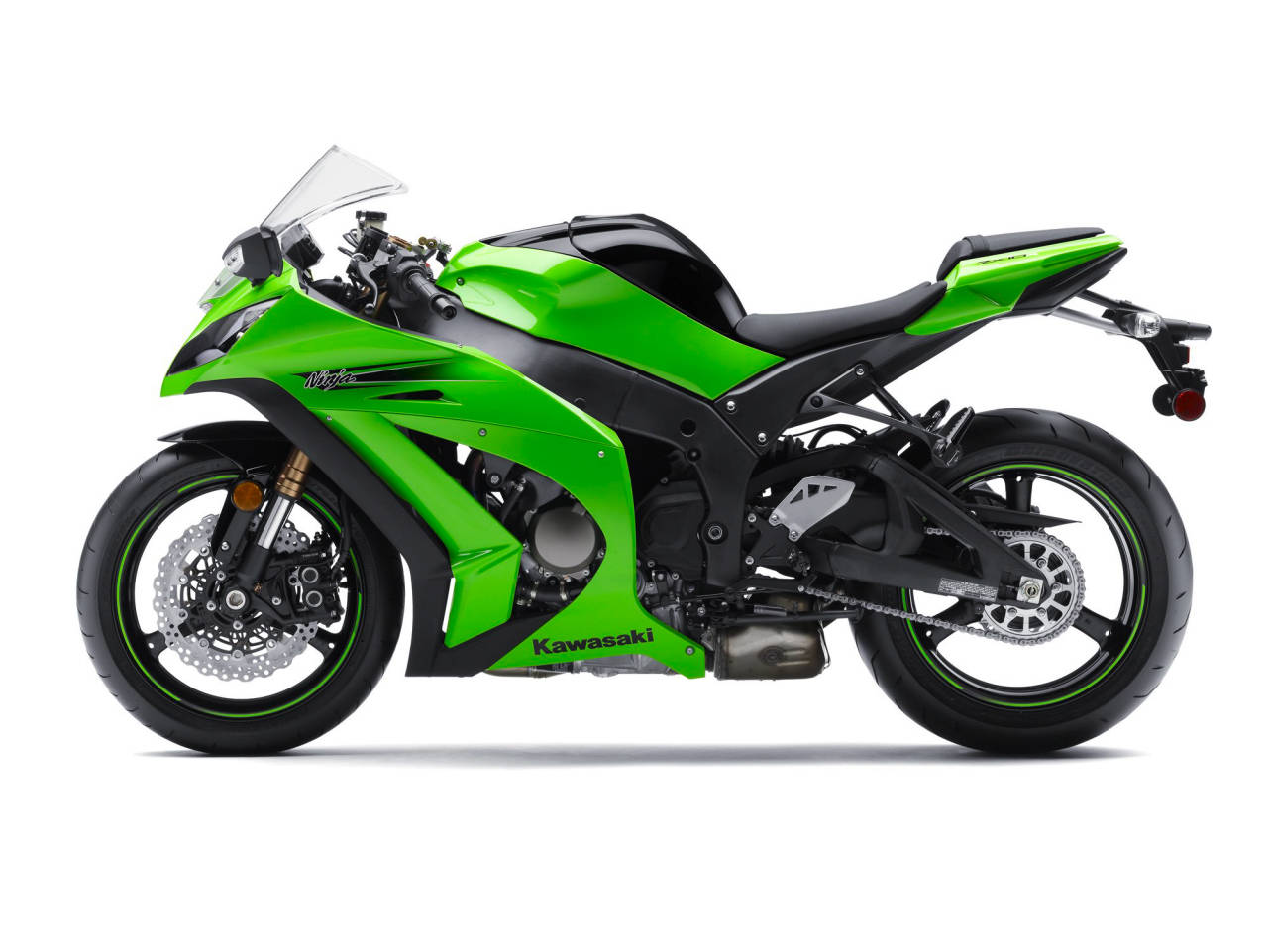 An all new 998cc liquid-cooled four featuring double overhead cams and 4-valves per cylinder resides in the middle, producing 197hp in international specification (207hp with the ram air system working at its full potential at high speed). Sadly, U.S. models will likely be a bit weaker due to tighter emissions standards. However, they might not be much heavier, and that’s a good thing, because Kawasaki says the new ZX-10R will weigh just 436 lb. Four thirty-six! All that power coupled with so little weight is great for going fast, but all that potential for speed means the ZX-10R will require more skill from the rider to extract all that potential safely. Unfortunately, only a tiny fraction of the riding public has the skills needed do that. 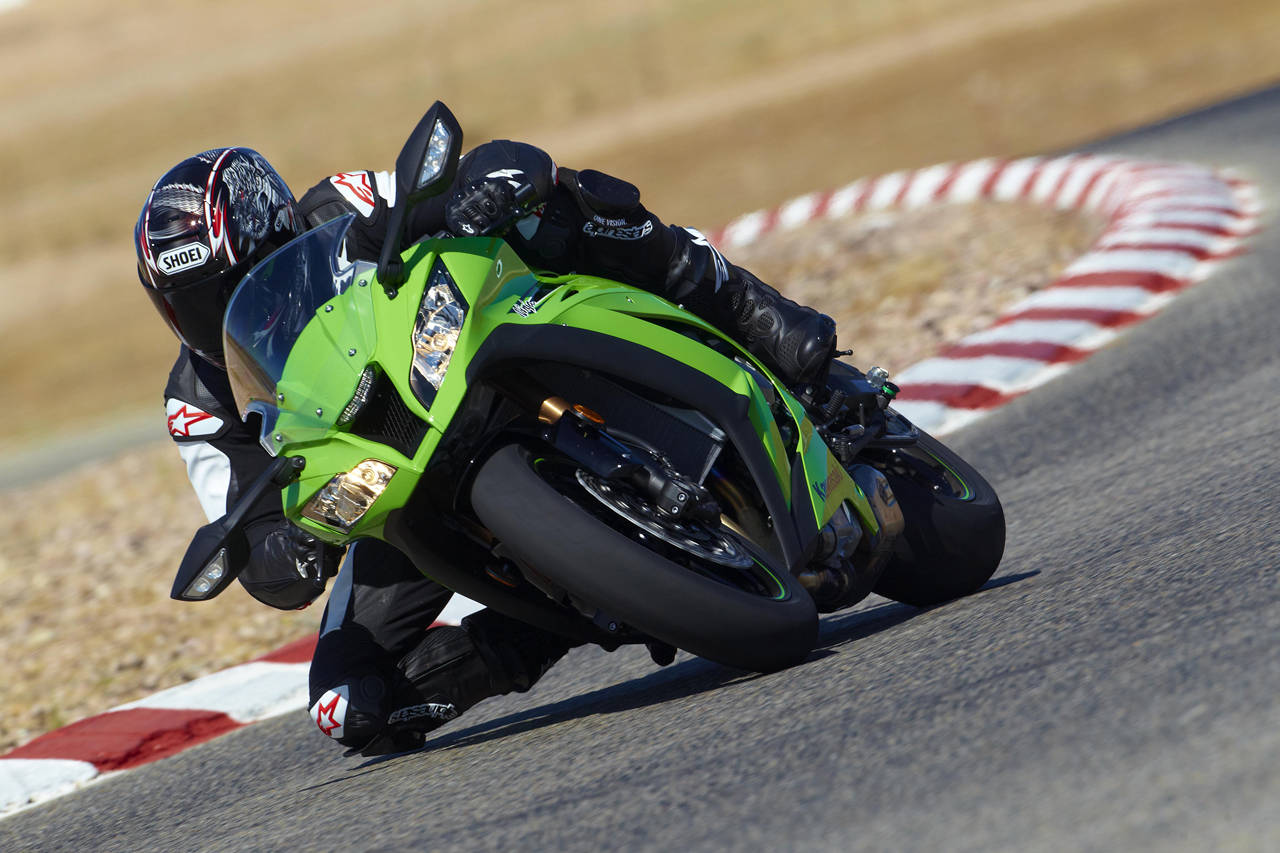 How does Kawasaki plan to make this newest Ninja more accessible? An advanced three-mode traction control system (called S-KTRC) and, on the ZX-10R ABS, two-wheel anti-lock brakes (known as KIBS). Add a way to pick how much power you want and where in the rev band you want it and you could easily accuse this bike of being the sissy’s literbike. We say: Why not ride it first, then decide whether or not they should have installed retractable training wheels while they were at it? If you’re into speed and agility, there’s a good chance you’ll be able to look past the electronic bacon-savers and plunk down the $13,799 ($14,799 if you want KIBS) needed to take a ZX-10R home.