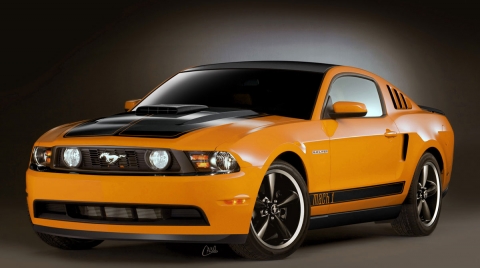 The Ford Mustang Mach 1 was a legendary performance version of the Ford Mustang that was produced between 1969 and 1979. It had a great niche market, sitting a step below the storied Shelby muscle car, and was a more affordable option for a high-performance Mustang. In 2003 and 2004 the Mach1 made a short lived return in a limited production run. Now, there are rumors that it might possibly make a long sought after return in 2011. Edmundo Cano, from the auto specialist magazine Pan American Automobile, has created a fantastic set of renderings to showcase his vision of what the Mach 1 will look like when it hopefully re-enters the Mustang line-up. 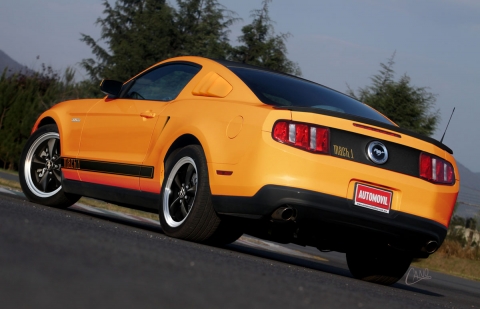 2011 looks like a possibility for the return of the Mach 1, especially since Ford is working on an all-new, 5.0-liter double-overhead cam V8 engine. It has the codename of “Coyote” and is expected to deliver at least 400 horsepower along with 400 lb-ft of torque. With this engine setup, a Ford Mustang Mach 1 would be able to compete directly with the Camaro SS (402 hp) and Dodge Challenger SRT8 (425 hp). Currently, the Ford Mustang GT has only 320 hp making it fall pretty short. And at the top end, the Ford Mustang Shelby’s 500 hp puts it in a different category entirely. 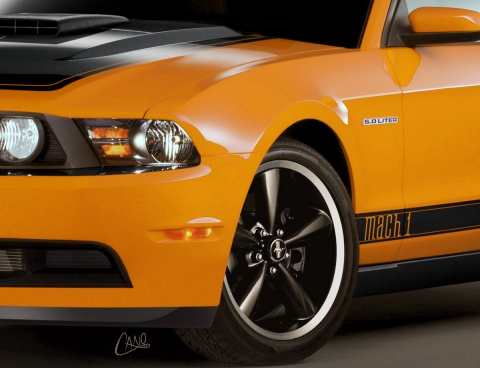 The artist from Mexico draws on past model features and attributes to present a vision that looks pretty plausable as well as impressive. The car is painted in Hugger Orange with a nice black matte paint job running down the middle of the hood. The instantly disguisable air shaker up front has pretty much been a staple of all Mach 1 vehicles. As a retro tribute, there are gills in the rear windows and throwback 5-arm 20 inch wheels. We really hope that Ford takes notice of Edmundo Cano’s designs and throws a Mustang Mach 1 into the mix for 2011. 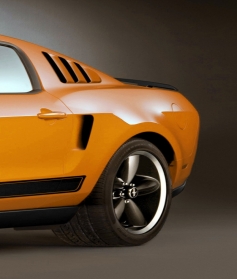 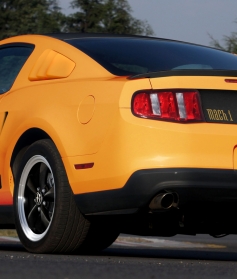