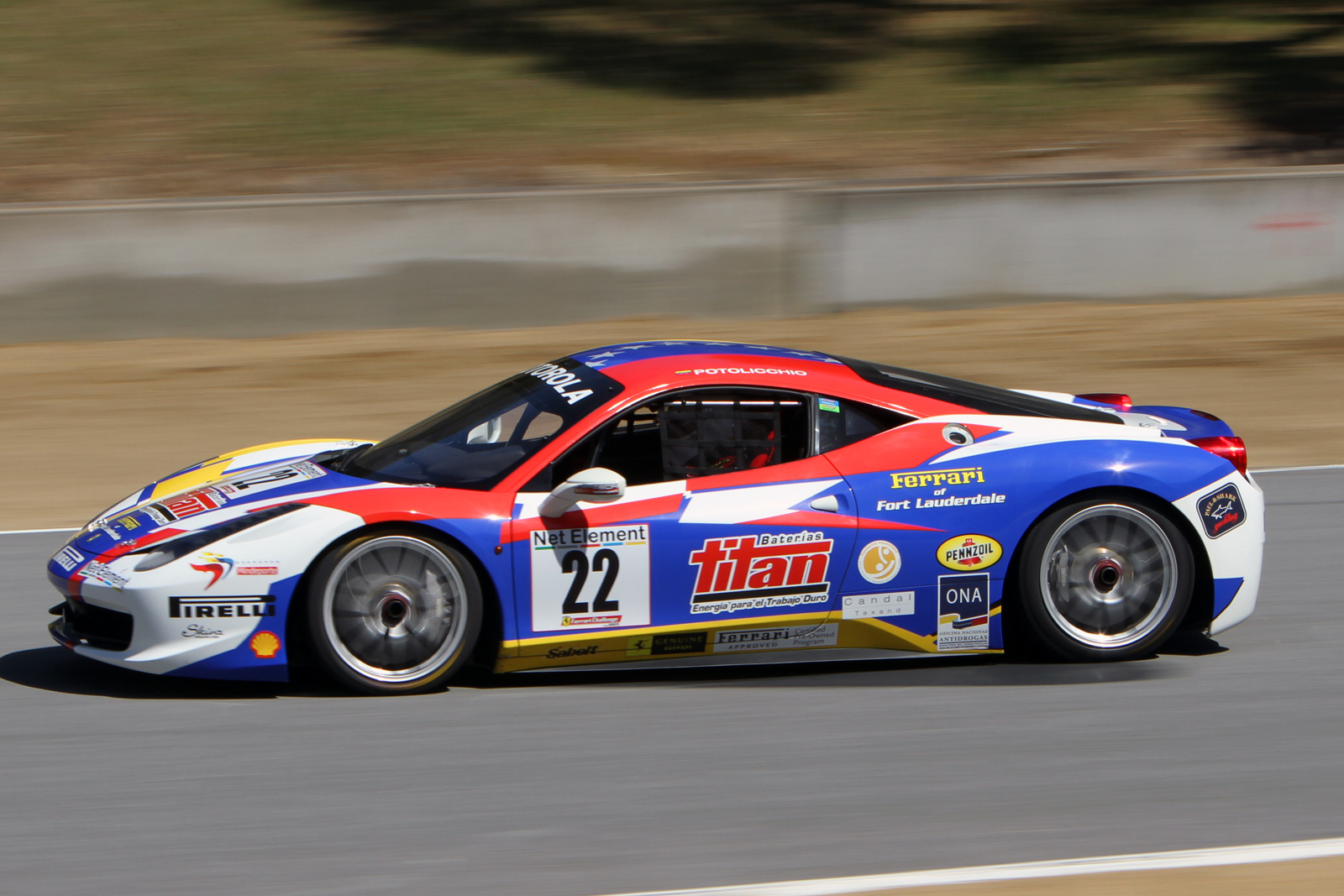 We continue our coverage of Ferrari Racing Days at Mazda Raceway Laguna Seca with the Ferrari Challenge Series. This weekend was the Series’ second stop in the 2011 Season, which began at Infineon Raceway in early May, and will finish in September at Miami Speedway.

For the first time this year, the Series features both the F430 Challenge as well as the brand 458 Challenge machines.  Based on the road version of the 458 Italia, this track-only version is powered by the same 570 HP V8. But there were quite a few changes made to the car to prepare it for track duties. This included lowering the ride height by 30 mm, changing gear ratios allowing it for higher torque at lower revs, and installing 19” center-nut wheels and Pirelli racing slicks. The 458 Challenge car also features a brake system first developed for the 599XX. Throughout the weekend, the newer 458 Challenge cars lapped Laguna Seca about 2 seconds faster per lap than the older F430 Challenge. 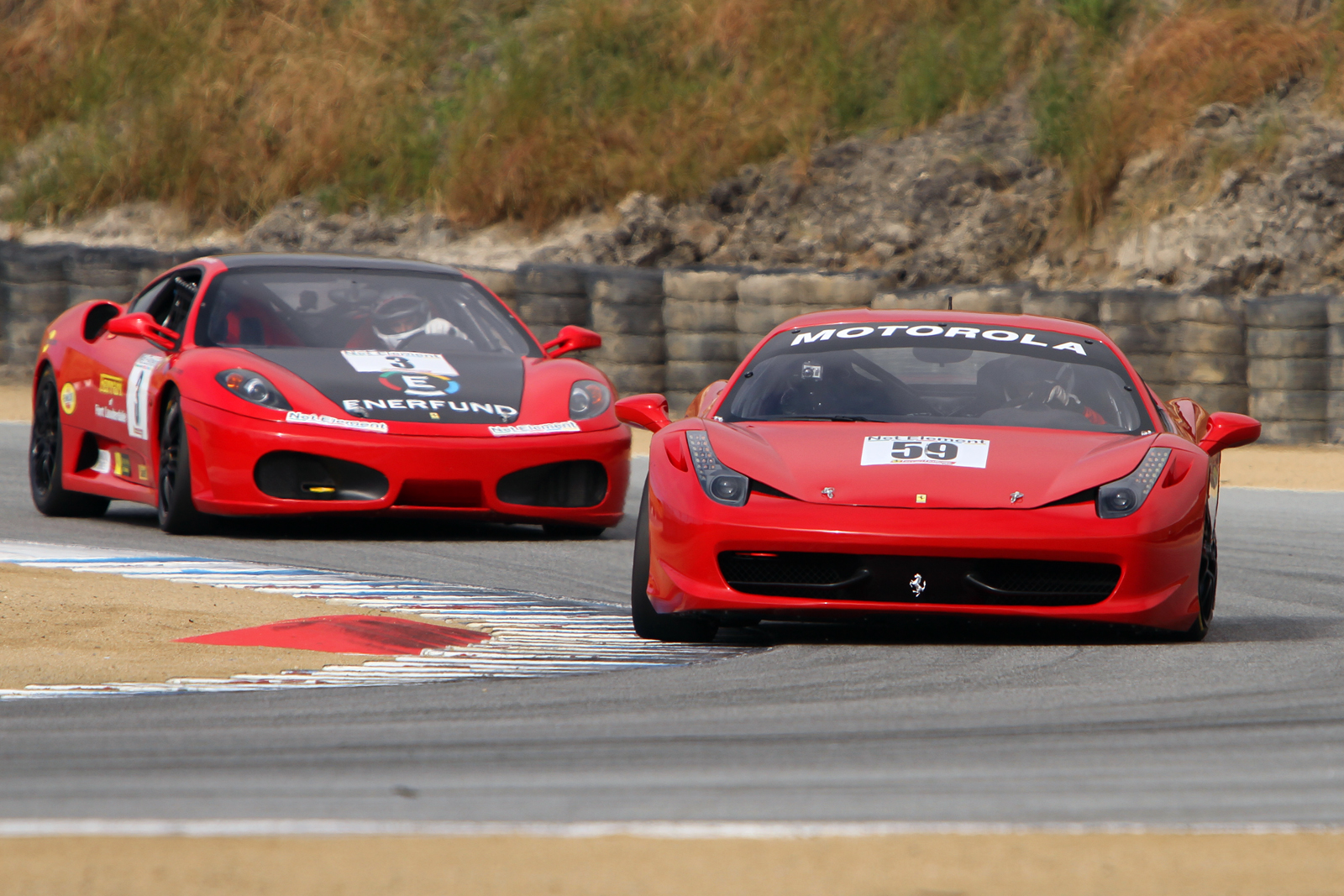 This weekend’s action featured two 35-minute Challenge races. After qualifying first, Enzo Potolicchio from Caracas, Venezuela (a perfect name for a Ferrari driver in my opinion) took the first race win by 2.7 seconds over Scott Tucker from Leawood, KS. In Sunday’s race, Cooper MacNeil from Hinsdale, IL stood on the top step of the podium, followed by Saturday’s winner – Enzo Potolicchio. In both races the fastest F430 Challenge car only managed a 10th spot finish. 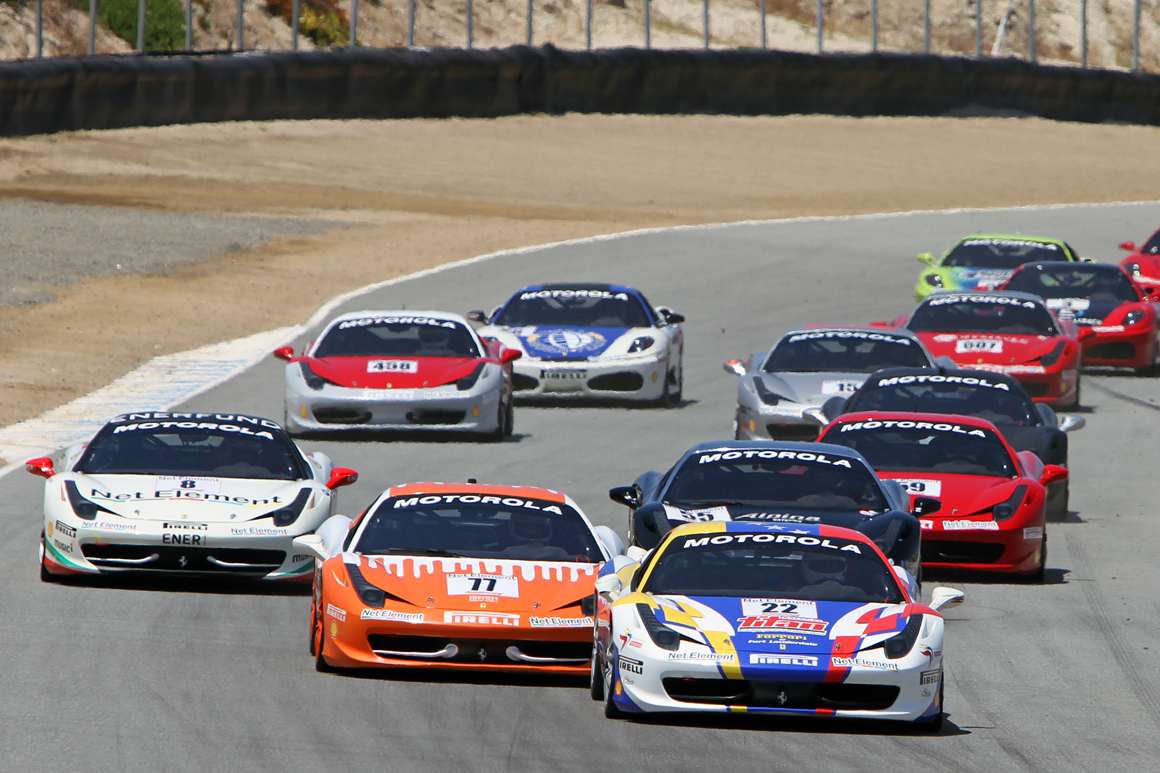 As we expected, some of the most exciting action on track happened at Mazda Raceway Laguna Seca’s world renowned Corkscrew. After capturing some photos of the race start, this blogger sprinted up the hill to this famous set of turns. And as you can see from our photo gallery, it was worth the run. There were some incredible passes made, as well as some carbon fiber left behind. 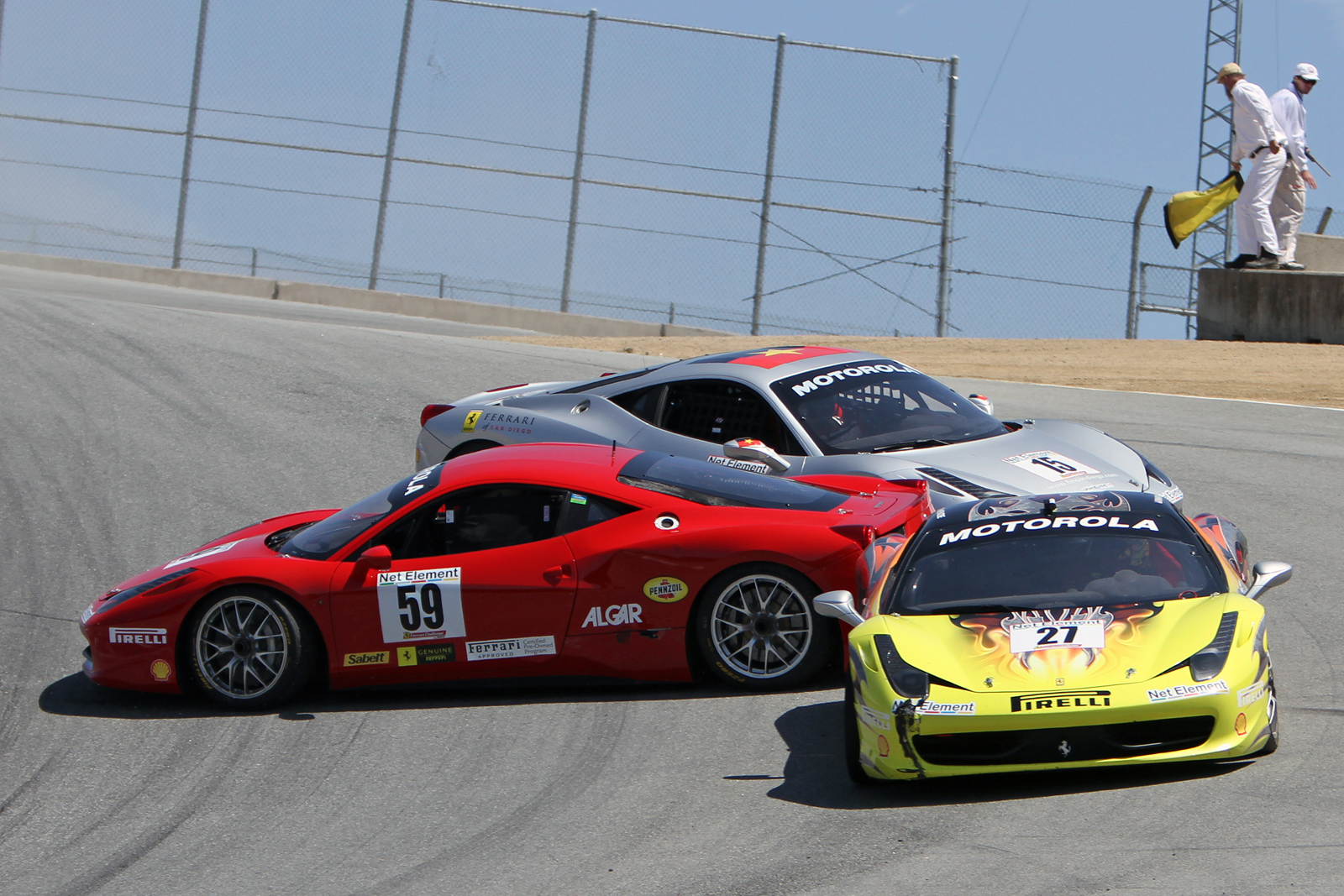 The Series continues on to Montreal, Canada where they will race as a support Series for the Canadian Formula 1 Grand Prix on June 10-12. This year’s season will once again end at the International Ferrari Challenge Finals at a location yet to be announced.