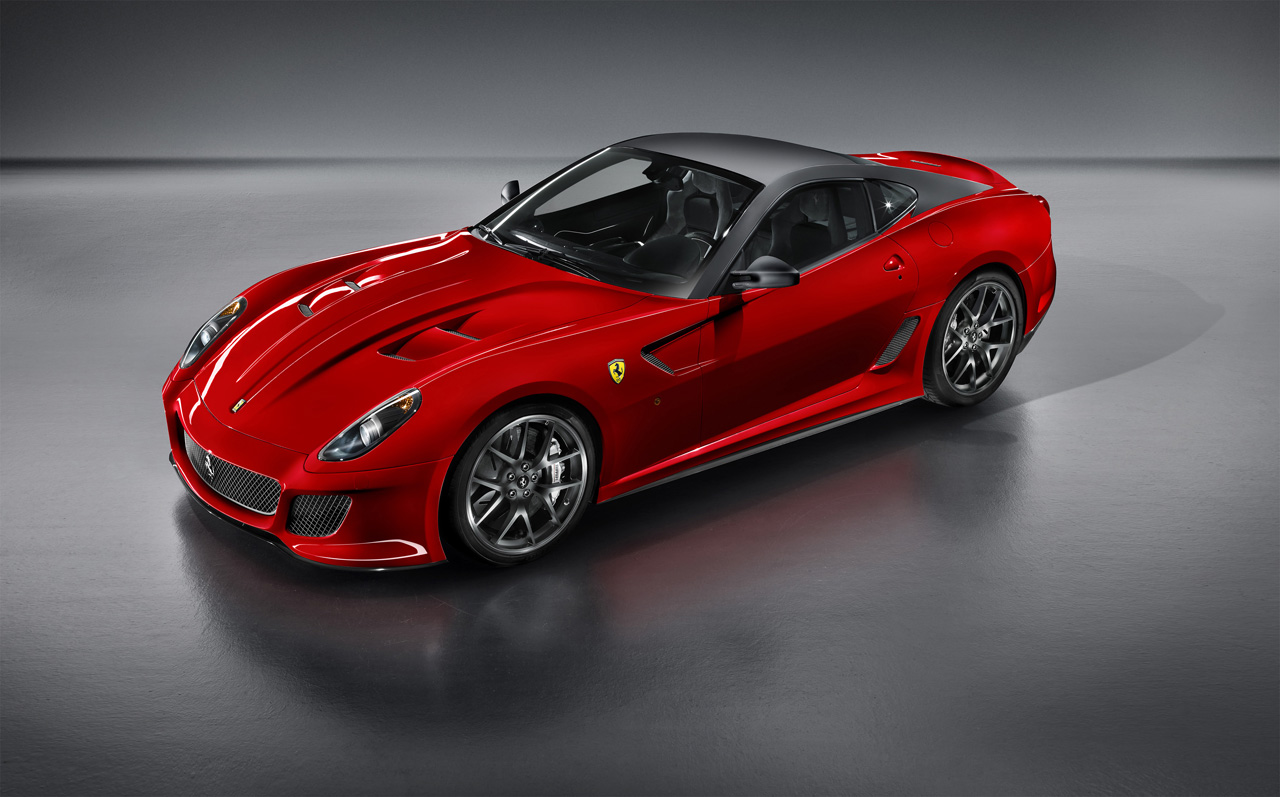 While spy shots and information leaks have been popping up for months, there hasn’t been any definitive information on Ferrari’s hottest street legal 599 derivative (The 599XX is track-only.), the 599 GTO. Not until today, anyway. Yes, kids, the speed merchants of Maranello have finally let the gatto out of the bag, but we should warn you: You should stock up on bandages and disinfectant before reading the specs, because your chin will be dragging on the ground for a couple of days after you do so.

Okay, ready? The 599 GTO, the third Fezza to wear the Gran Turismo Omologato moniker (the iconic and crazy-valuable 250 GTO of the ‘60s and the mid-engine 288 GTO of the ‘80s being the others), sees the Enzo-based 6.0L V12 bumped up to 661hp and 457 lb.-ft of torque, gains of 49 and 9, respectively, over the standard 599 GTB Fiorano. It sends all that muscle rearward through a paddle-shifted 6-speed transmission. Of course, simply adhering to the credo put forth by Tim Allen’s character on “Home Improvement” wouldn’t cut it; the Ferrari engineers also put the GTO on a diet, and the results would make Jillian Michaels stand and cheer. How much flab are we talking about? Oh, 430 lb., for a new total of 3,295. 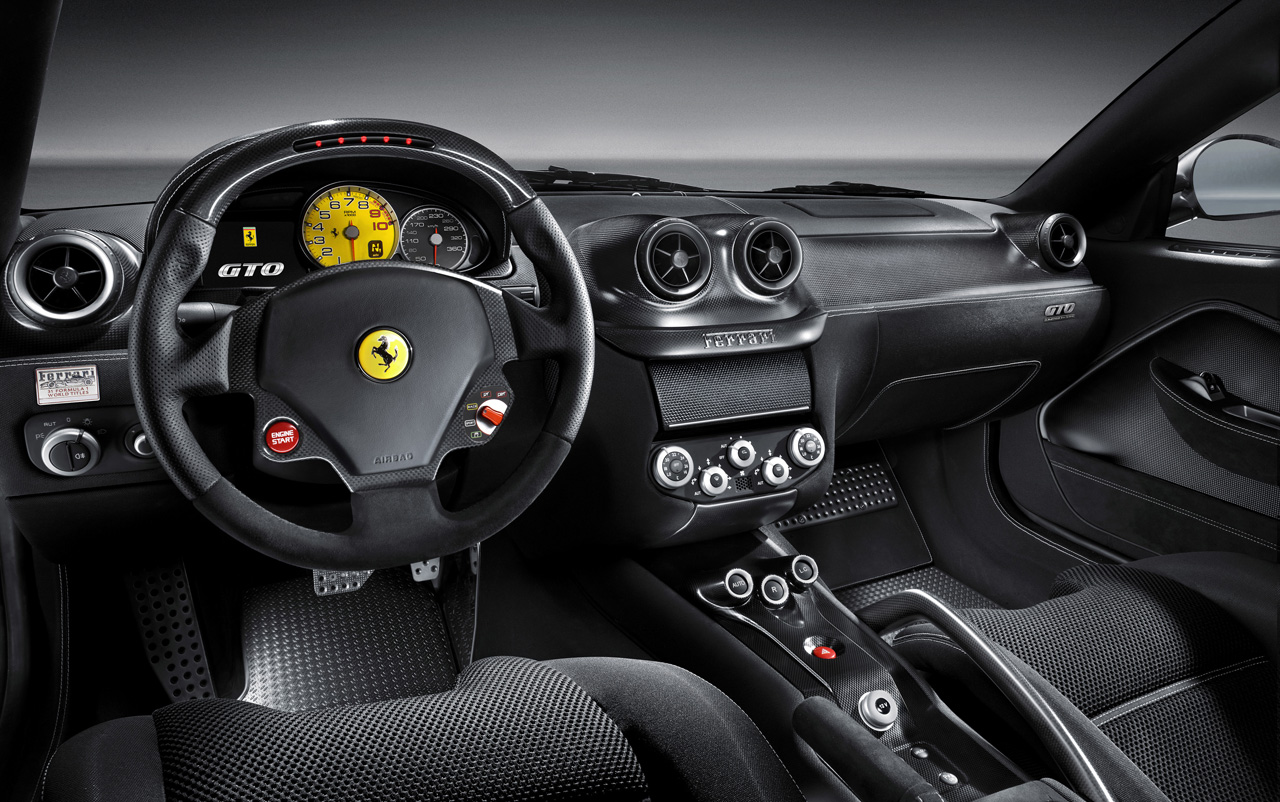 But Ferrari didn’t stop with more power and less weight. The front tires are wider, the body made more aerodynamic to increase downforce and improve brake cooling without increasing drag, and a system called Virtual Race Engineer (VRE), which provides real-time, in-cockpit telemetry has been installed. It all adds up to a 0-62 mph time of 3.35 seconds (“Yeah, we rounded to the hundredth, what’s it to ‘ya?”) and a top speed of 208 mph. But most impressively of all, it the 599 GTO lapped the company’s Fiorano private test track in one minute and 24 seconds, the fastest time of any street legal Ferrari ever.

So how much will all this face-flattening performance run you? List price will be about $460,000, and production will be limited to 599 units. (See what they did there?) That means the 599 GTO won’t be as rare as the Enzo, and its top speed is lower, but it will be cheaper, more plentiful (relatively speaking), and faster in the twisties. If you ask us, that’s a pretty good compromise. Buy your Powerball tickets yesterday. 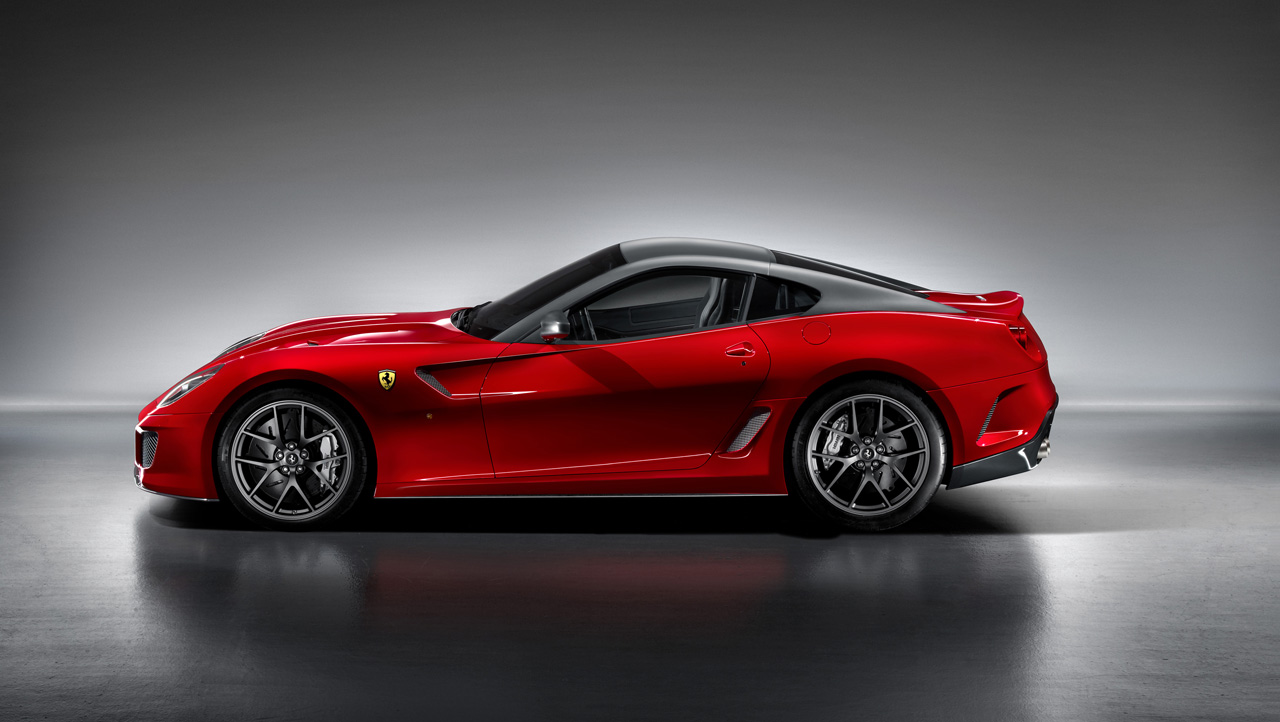