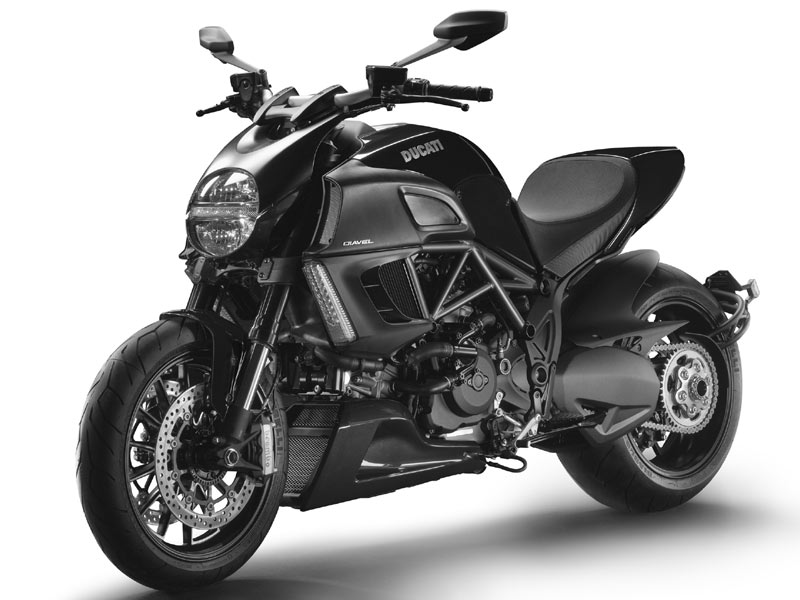 Mention the name “Ducati” to most people, and chances are a picture of an angry looking, angry sounding red superbike will pop into that person’s head. That’s understandable, because those are the bikes that seem to get the most exposure. But Ducati’s much more than 848s, 1198s and Streetfighters; there are the Multistrada, Monster and Hypermotard families that provide more well-rounded performance and better day-to-day livability thanks to their less tightly-wound drivetrains and more upright riding positions.

Now, though, the Italian firm’s sensible (relatively speaking) range has a new addition, except this bike has a rather menacing look about it. It’s also, despite its unconventional looks, quite the athlete. Calling it the motorcycle equivalent of a Goth high school quarterback wouldn’t be too far off the mark. What name’s on its jersey? Diavel.

Residing inside that frame is a throbbing 11-degree, 1198cc Testastretta twin producing 162hp and 94 lb.-ft of torque. That power is heaped upon a six-speed transmission via a slipper clutch before reaching the chain drive and, finally, a gargantuan 240mm wide rear tire. Even with such a big rear tire, fully adjustable suspension at both ends, dual radiators, traction control, ABS, and a 5.3 gallon fuel tank, the Diavel (which means “devil” in the Bolognese dialect of Italian) still tips the scales at a rather modest 463 lb. Step up to the Diavel Carbon, which makes use of carbon fiber bodywork and Marchesini wheels (the latter of which, disappointingly, do not feature a pentagram spoke pattern) to reduce that figure to 456 lb. 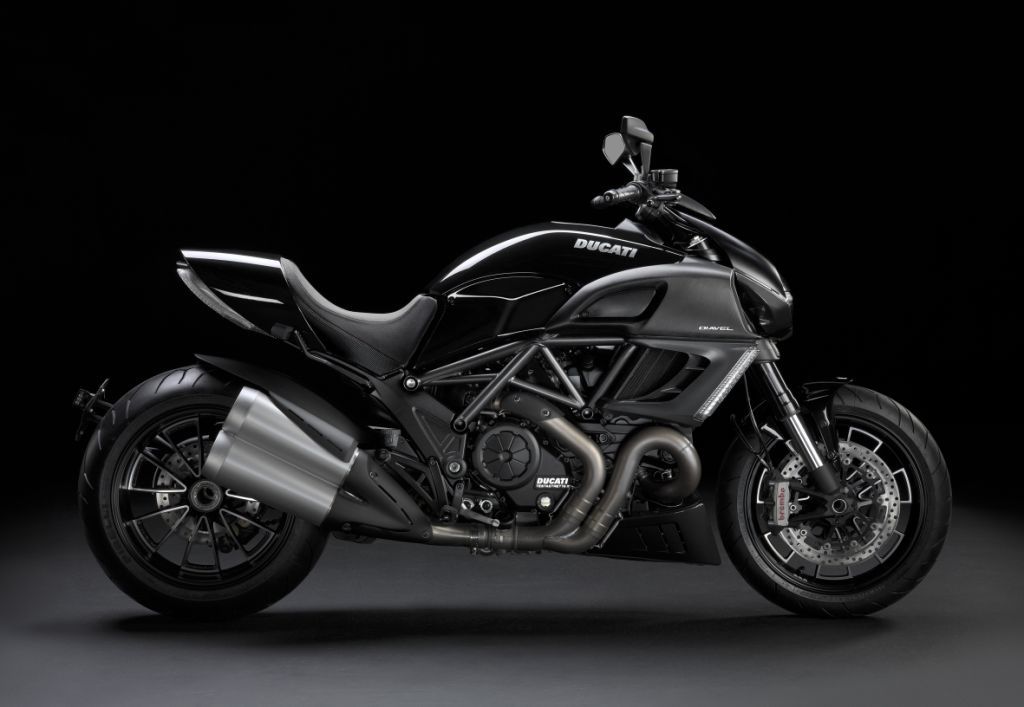 So let’s see…high power, low weight…should translate to some positively face-ripping performance, right? If 0-62 mph in 2.6 seconds and a top speed in the neighborhood of 150 mph qualify as face-ripping, than yeah, it’ll perform about the way you’d expect. And best of all, this unique combination of hide-your-daughters styling and Col. John Stapp-would-be-proud performance will start at $16,995, while the Carbon model will ring up at $19,995. Not cheap, to be sure, but a bike as unorthodox as this is sure to get the message across to the rest of the world that you’re a man (or woman) of wealth and taste.