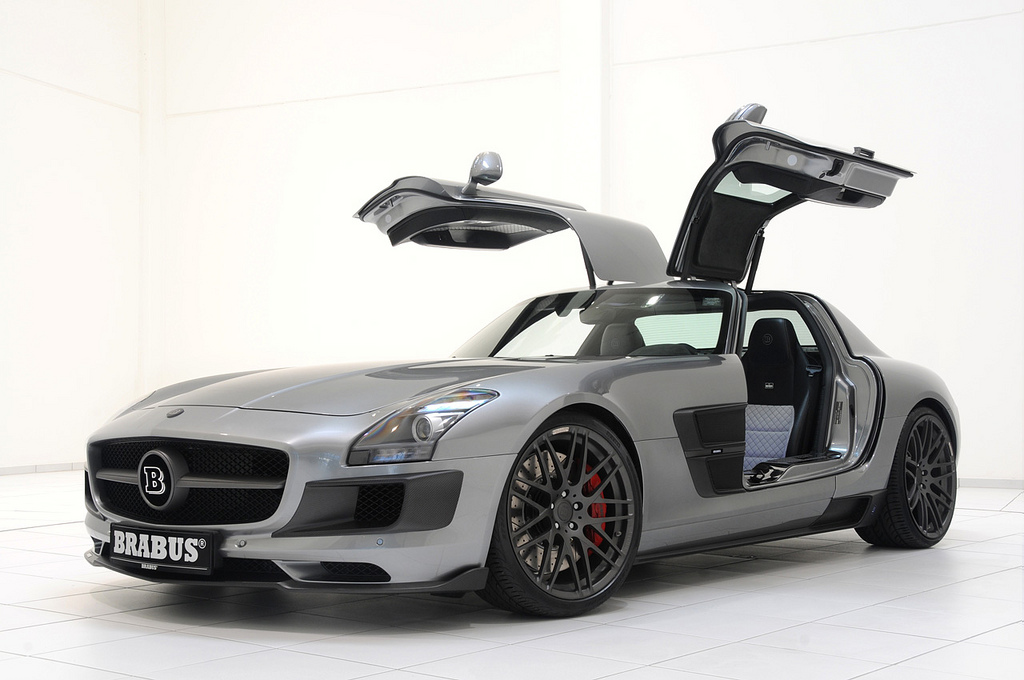 A few months ago, the veteran Mercedes-Benz modders at Brabus rolled out a widebody package for the SLS AMG, the Widestar. And as SLS AMG upgrades go, the Widestar hardware is pretty tasteful; you have to get up close to really appreciate how much broader its haunches are.

However, while the Widestar does add style and some chassis tuning substance to the stock SLS, it doesn’t add much in the way of muscle. The Brabus titanium exhaust system adds 10 horsepower (for a total of 573hp), but that’s it. And with no shortage of more powerful sportscars and exotics on the market – from OEMs and tuners alike – the Widestar kind of looks weak. Thankfully, Brabus has already concocted a solution, a solution it premiered at the Geneva Motor Show. 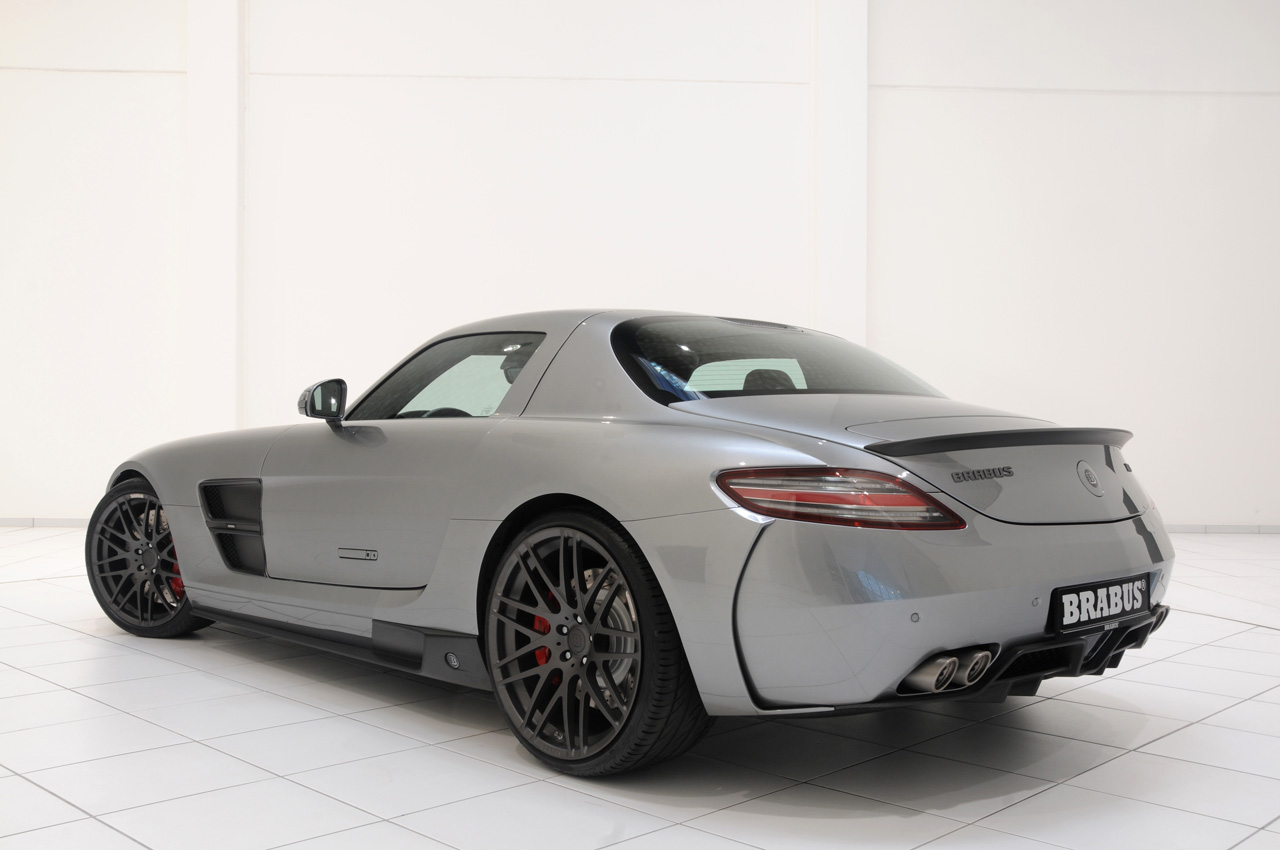 Dubbed the 700 Biturbo, the package starts off with the Widestar body kit, which is made from carbon fiber and adds about ¾” to the rear track thanks to those snazzy fender flares. All four fenders are filled with Brabus Monoblock F “Platinum Edition” forged wheels measuring 20” diameter in front, 21” in back. At the rear, the four tips of the aforementioned titanium exhaust system (which features a “coming home” mode that’s actually quieter than a stock SLS) poke out of the rear fascia.

But as the “Biturbo” in the name suggests, the exhaust system is hardly the only power adder present. The Brabus folks bolt a pair of turbochargers onto the 6.2L V8, but with a twist. Most aftermarket twin-turbo setups involve both turbos spinning in the same direction, which can compromise response; the Brabus kit’s turbos turn in different directions, allowing for optimization of the intake and exhaust plumbing layouts for smooth, linear power delivery. (It should be noted that two heat exchangers, a high flow airbox and air filters, a new intake manifold, lower-compression pistons, low-restriction catalytic converters, a boost controller and a reprogrammed ECU are also fitted.) 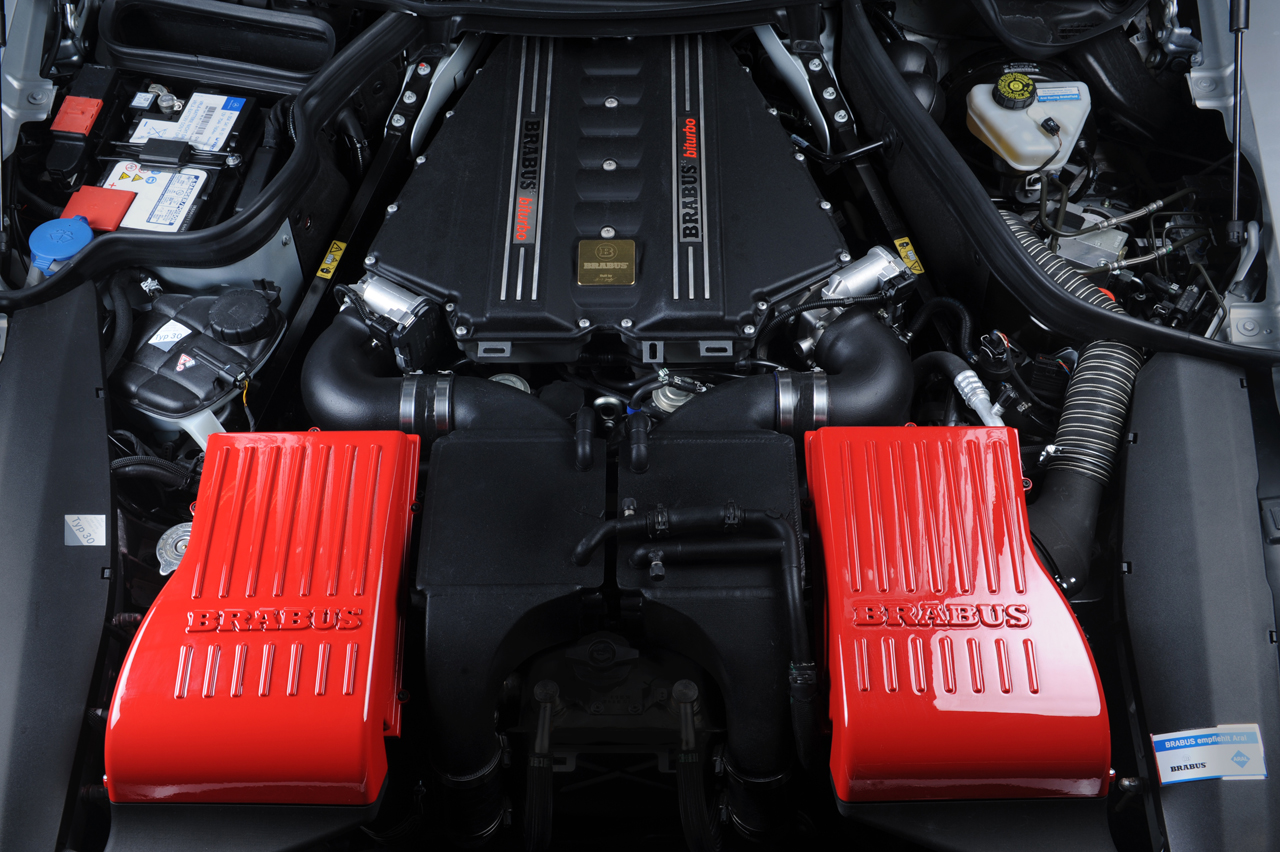 How much power are we talking about? Brabus says the whole shebang yields 700hp and 626 lb.-ft of torque. Piped to the rear wheels through the 7-speed dual-clutch transmission, those figures translate to 0-62 mph in 3.7 seconds and a 213 mph top speed. At that sort of velocity, you best not be paying any attention to the custom-tailored interior fittings and sport steering wheel. Nor should you be fixating on the price, because a) it hasn’t been announced and b) if you can’t afford an SLS AMG, does the cost of converting it into a 700 Biturbo really matter?