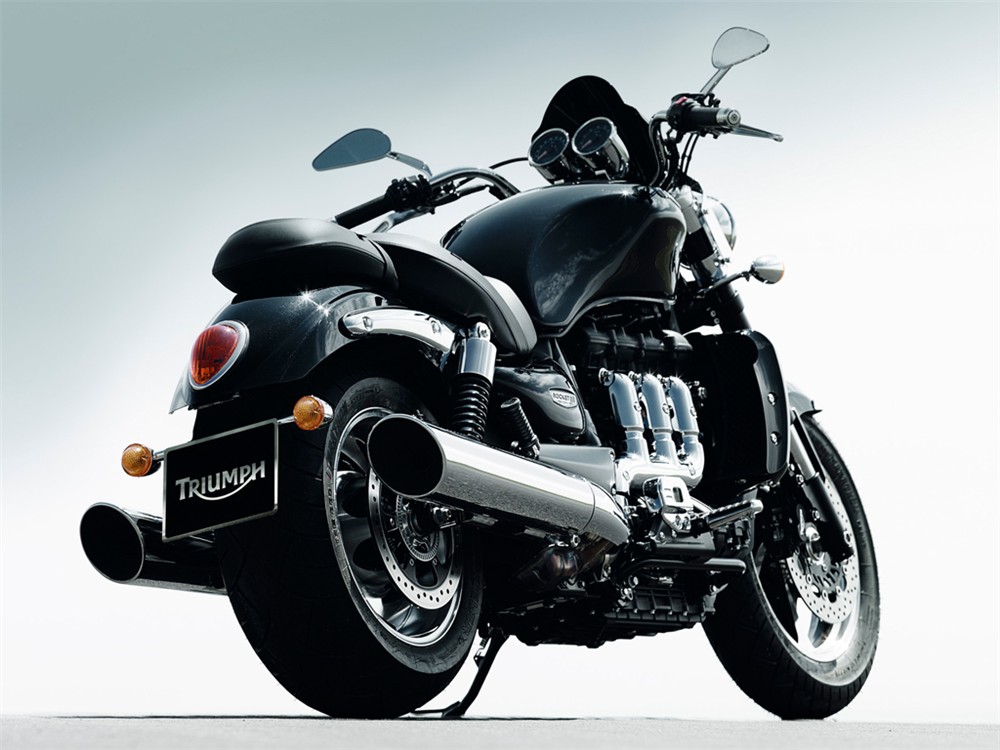 As speed junkies, usually when it comes to cruisers we recognize the aesthetic appeal and appreciate the technology, but always seem to gravitate back towards the sportbike genre. However, every now and then one of these heavyweight contenders crosses over to the streetfighter category and we have to take pause. The 2010 Triumph III Roadster is a perfect example. This bike has the distinction of being the “world’s largest capacity motorcycle” featuring an updated version of Triumph’s 2.3-liter three-cylinder 2,294cc engine. Torque has been upped 15% to a whopping 165 lb-ft. With this bike weighing in wet at 807 pounds, this should make for a more than ample power-to-weight ratio. 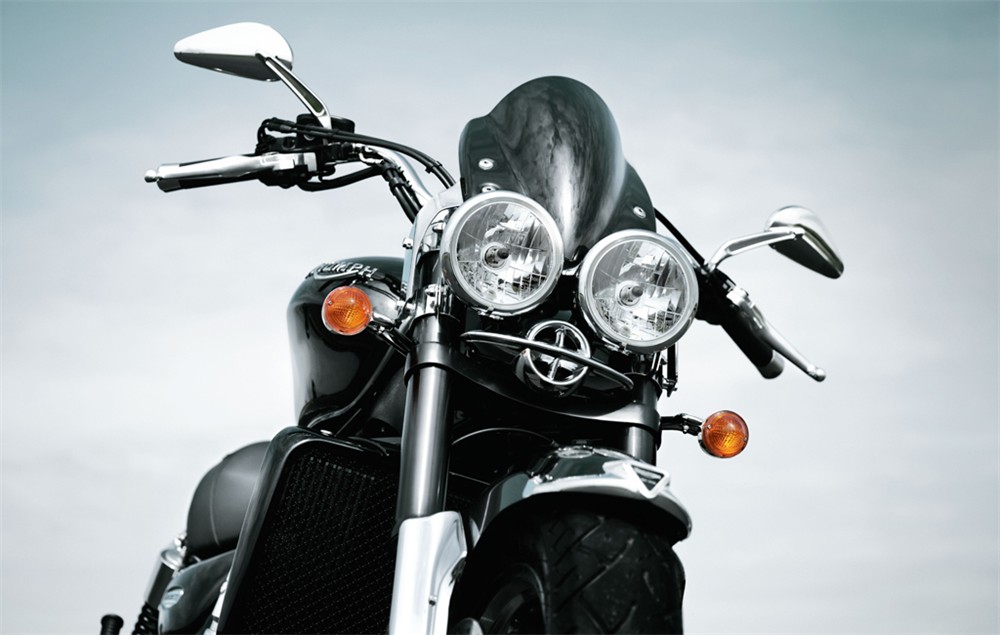 The Rocket III features some new ergonomics with the footrests moved further back and dropped lower which should appeal to those moving over from a crotch rocket. And the seat is pegged higher and further forward for easier handlebar access and a more natural leg position. Both of these changes should make cornering this monster a much easier task. Furthermore, the suspension system has been ungraded with 43-millimeter upside-down forks sporting twin Kayaba shocks along with new Brembo brakes integrated into the bike’s ABS system. 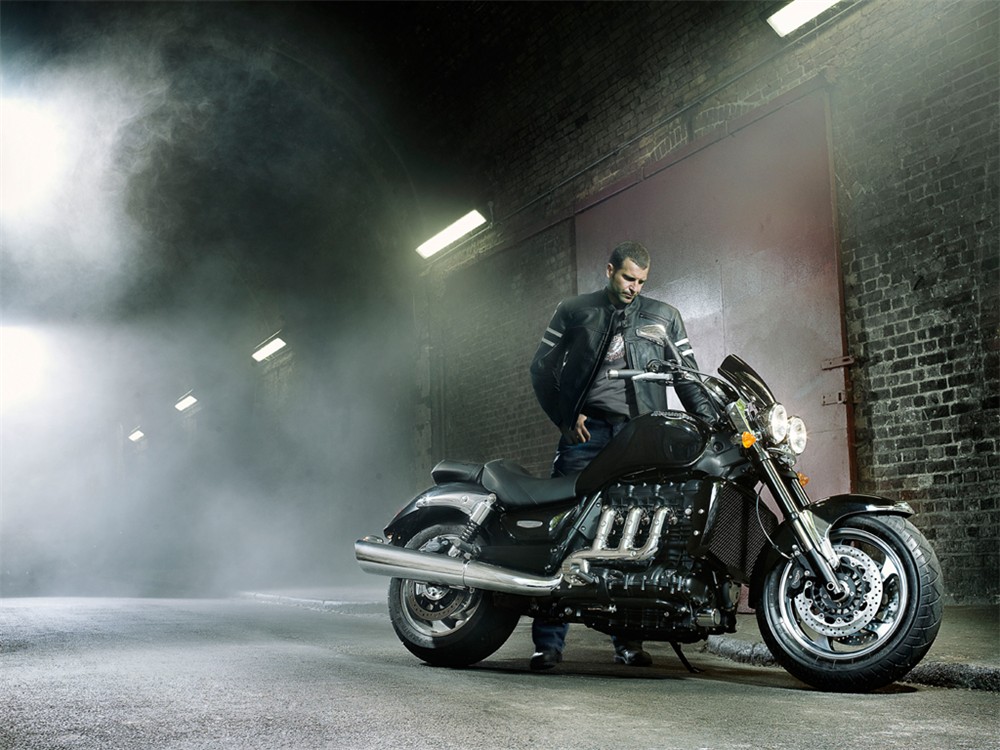 The 2010 Triumph III Roadster comes in any color you want as long as it’s black. But you do get to choose either a glossy or matte finish. With all of the major components blacked out as well, this gives the motorcycle a very sinister appearance. The Triumph III Roadster will be exiting the gates of Hell and arriving at Triumph dealerships in early 2010.