2010 Toyota Supra Cancelled? The Return of a Legend is Uncertain 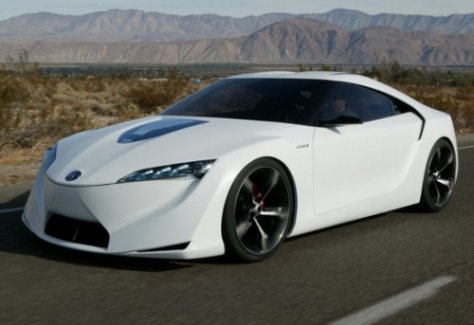 It looks like the return of the venerable Toyota Supra is not going to happen any time soon. It’s been reported that the car has been dropped from the company’s lineup due to high mile per gallon requirements. There was a lot of hope that the resurrected form of the Supra would bear considerable likeness to the Toyota FT-HS concept that was first unveiled at the 2007 Detroit Auto Show. The car was designed by Calty Design Research and there was a common belief that the Future Toyota Hybrid Sport (FT-HS) would fit nicely in the vacant Supra slot.

The Toyota FT-HS features a hybrid powertrain capable of producing 400 hp in a rear-wheel drive configuration. Estimates put 0-60 mph at around 4 seconds. The setup relies upon a 3.5-liter V6 engine working in tandem with an electric motor. Quick charging and increased performance are paramount considerations for any possible production version. One very cool feature is a retractable roof. The car has a 2+2 configuration and unfortunately the rear seats have to be folded down for the roof to tuck into.

In August 2008, Automobile News reported that a production version of the Toyota FT-HS was off the table. However, in January of this year, Edmunds Inside Line reported that “the V6 Supra replacement is still in the pipeline and is set for an early 2011 debut.” So, alas, we are once again waiting with baited breath…