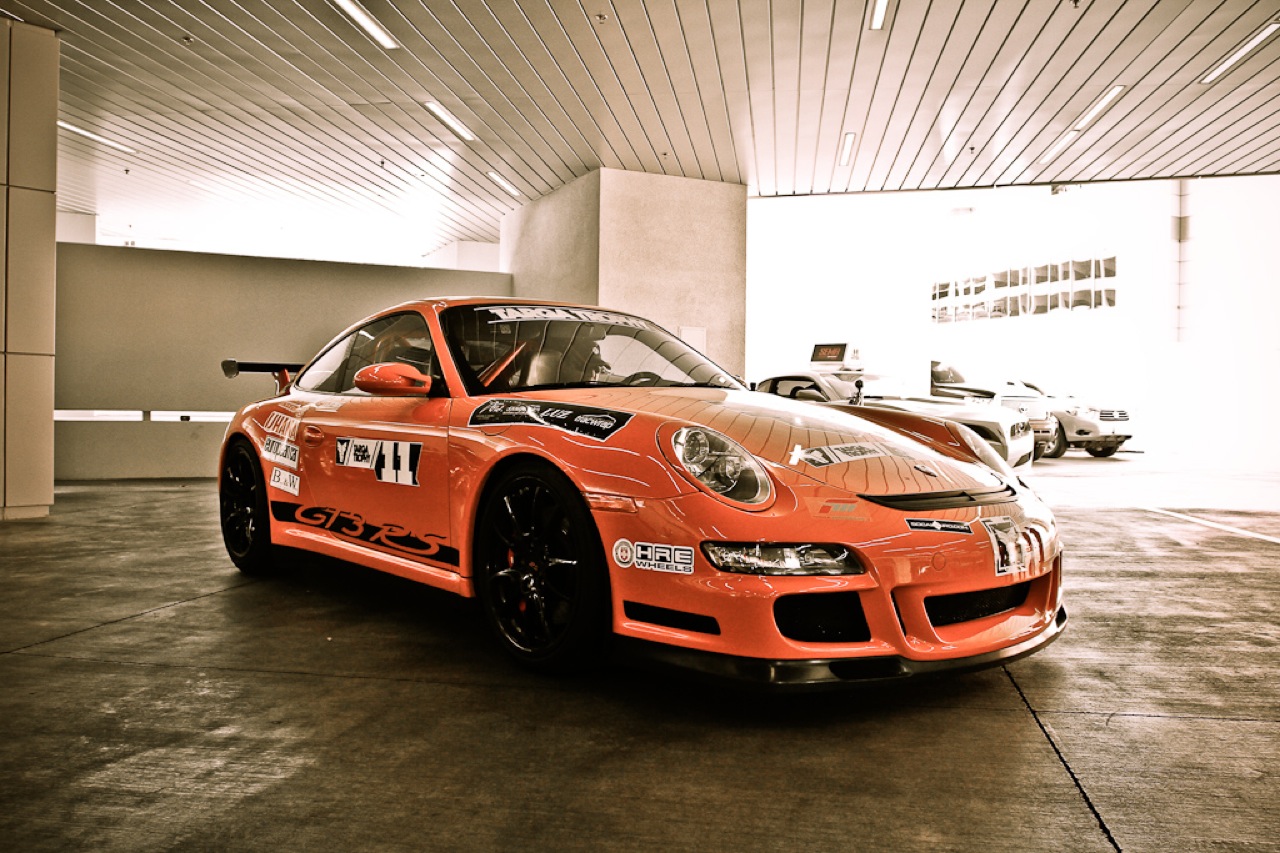 The Targa Trophy Road Rally Series kicked-off in 2007 and has been on a tear ever since. Yes, it’s one of those road rallies but has morphed more and more into a luxury lifestyle endeavor merging entertainment such as film, fashion and music with event parties, special receptions, car shows and various expos. Jason Overell, founder of Targa Trophy, pulled off an amazing feat by successfully blending so many elements together in one adrenaline pumping party on wheels. The entrance fee this year was either $895 or $995 per event depending on the city, which is much more reasonable than either the $20,000 it costs to participate in Bull Run or the $120 large to get down with the Gumball 3000. You still have to cover the cost of the hotel room and any food or drink along the way but even if you party like a rockstar you’re still in much better shape.

Targa Trophy 2010 was capped at 100 lucky entrants who this year competed in 3 different hot locales. The first SoCal Challenge race took place June 25th and 26th which started at the W Hollywood and finished up at the W San Diego. The next happening, the Bay Area Rally Fest, ran between August 27th and 28th, beginning at the W San Franciscio and ending up at the W Silicone Valley. And, the Desert Championship Finale, which was supposed to take place at the end of August in Scottsdale, ended up being changed to November 5th and 6th in none other than Las Vegas at the tail end of the 2010 SEMA Show with ARIA Resort & Casino serving as the host. Being Sin City and all, this event was the largest and most outrageous of the event series. To find out about the winner and who took home the Triple Crown, check out the press release after the jump…

“I’ve never been so excited in my life!” exclaimed Jennifer Doud, winner of Event #3, the Desert Championship Finale. “I had so much fun driving in the Targa Trophy rally and keeping up with the boys…passing a couple of them too. So to all the ladies out there that love to drive…come join me next year for the 2011 Targa Trophy.” The final leg of the 2010 Triple Crown Series began at ARIA Resort & Casino on the Las Vegas Strip gathering over 50 vehicles that consisted of show cars, exotics, and sports cars. The 6-hour journey took drivers and navigators around the desert to scenic landscapes and challenging back roads. Teams were tested on their driving abilities and navigational prowess as they followed a road book from checkpoint to checkpoint.

“I’ve done 6 Targa Trophy rallies and never even placed because I just like to drive really fast,” said Enrico Del Mar, navigator of Jennifer Doud’s BMW 335i. “This was new to me and never would I have thought that I would have such a great time being the navigator. This has been the best Targa Trophy ever! We will be back to defend our title! ” With the Triple Crown Championship on the line the teams pushed the limits of the vehicles doing their best to stay within the Targa time and mileage. Jennifer Doud in a BMW 335i took the victory and finished 5th overall for the season winning a limited edition Targa Trophy pendant custom designed by LUZ, a certificate from HRE Wheels, a 2-night stay at ARIA, a one year subscription to European Car, and a copy of Forza Motorsport 3 for the XBOX 360. Taking home the title of Targa Trophy Triple Crown Champion was Rado Kalla and navigator Mark Bauman, in a Lamborghini Gallardo Spyder. Kalla won Event #1 and stayed consistent in the remaining two events on his way to the championship. With the victory he will receive a custom set of HRE Wheels, one-year subscription to European Car, and a copy of Forza Motorsport 3.

“The Targa Trophy finale event was truly Vegas style and first class event,” stated Rado Kalla, winner of the Targa Trophy Triple Crown. “This was the best year in my rally history and I look forward to next season. Thank you to Jason and the Targa Trophy team for putting together another amazing event.” As a bonus Forza Motorsport held a gaming challenge at the pre-event party within ARIA and Dieter Heintz took the victory with the best lap time and won a limited edition Forza Motorsport XBOX console and Playseat gaming station. “The Targa Trophy Desert Championship Finale successfully concludes the most dynamic three events we have ever produced,” says Jason Overell, founder of Targa Trophy. “It all came to a conclusion in one of the nation’s premier entertainment destinations Sin City, Las Vegas. We had some amazing cars in our Finale event and they traversed one of the most challenging and scenic routes we have ever developed. We would like to thank all those who participated this year and say congratulations to all the winners from the finale.” 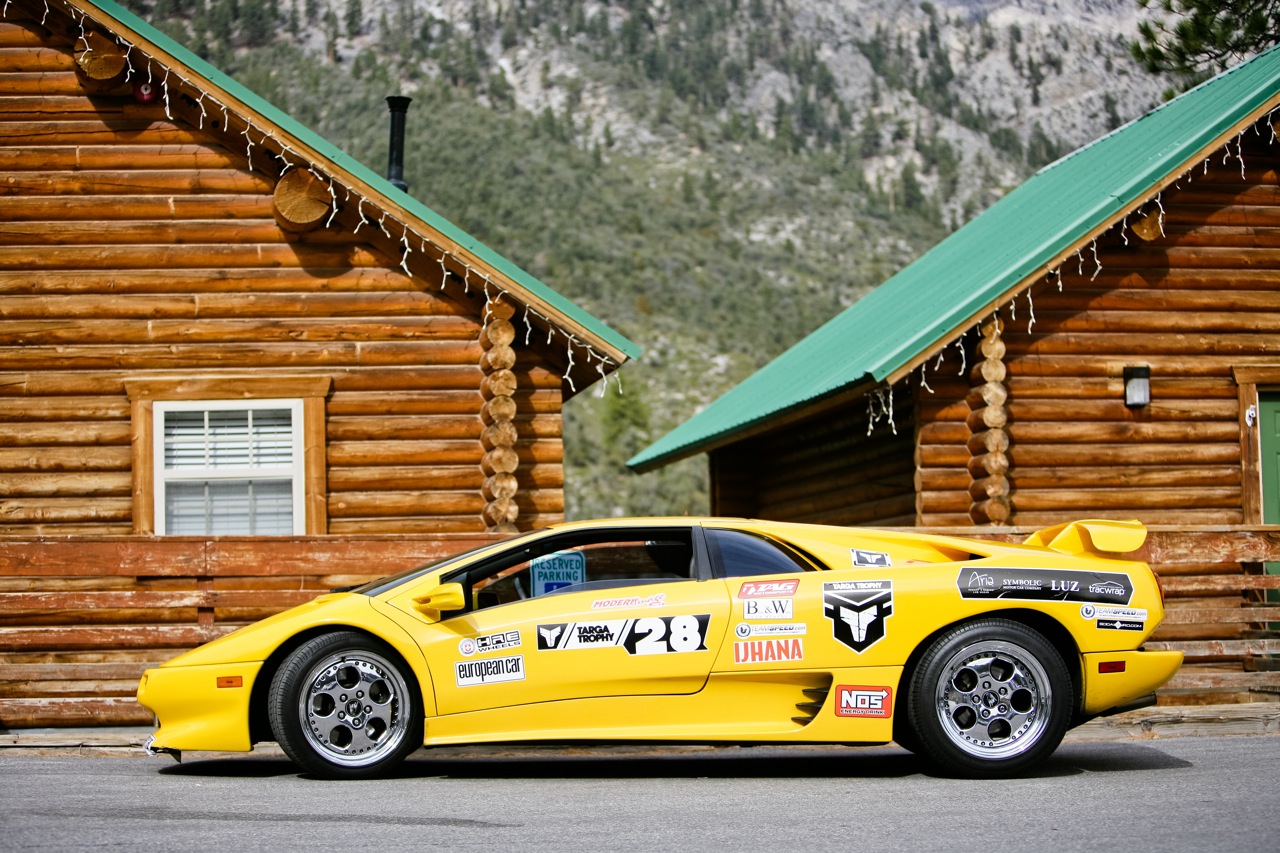