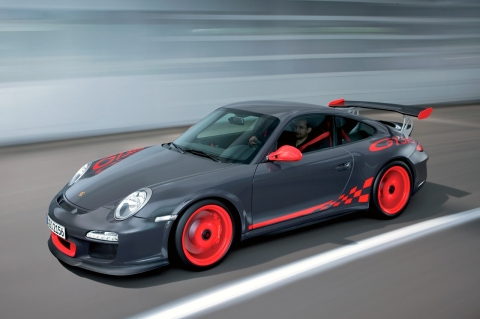 Fresh off the unveiling of the Porsche 911 Turbo a little over a week ago, details and pictures have just been released for the new 2010 Porche 911 GT3 RS, a race-bred “purist” model that’s the ultimate street legal machine. The RS (which stands for RennSport) features a modified version of the GT3’s 3.8-liter naturally aspirated flat six that bumps power up to 450 bhp, a 15 hp increase. This engine is mated with a 6-speed manual transmission with a short-throw shifter. The new 911 GT3 RS should be able to reach 62 mph from a standstill in about 4 seconds and hit a top speed of 195 mph. 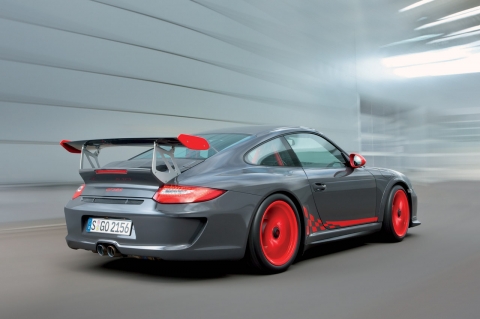 Handling gets improved with a revised PASM (Porsche Active Suspension Management) suspension, a wider front and rear track, and dynamic engine mounts which, depending on driving conditions, change their stiffness and damping. The “zero lift” aerodynamics Porsche uses on the GT3 class should keep it firmy planted with substantial downforce. The car also features a rollcage which adds additional stiffness to the body. 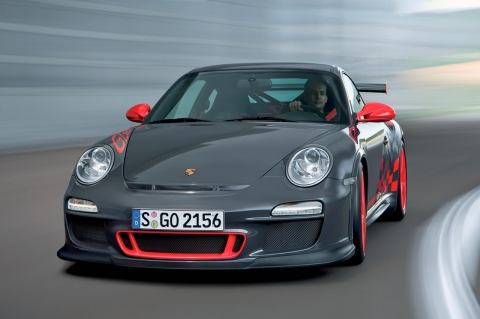 The new Porsche 911 GT3 RS sits on rims measuring 19×9-inches up front and 19×12-inches in rear, wrapped in 245/35 ZR 19 sport tires on the front axle and 325/30 ZR 19 sport tires mounted in back. Since these wheels are set on a wider track and come with specially matched tires, cornering grip should be significantly improved. 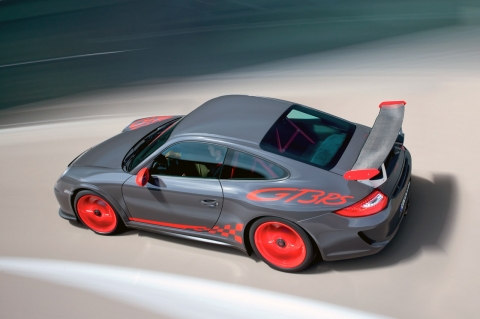 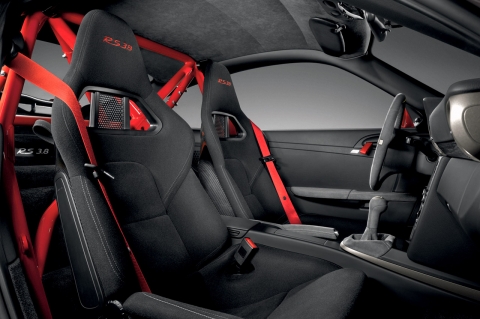 The exterior of the 911 GT3 RS is about as far as out you can get from Porsche with large racing graphics emblazoned on the sides, a vibrant two-tone paint scheme, wide fender flares, agressive front and rear fascias and a huge carbon-fiber rear wing sitting on aluminum supports struts. The official debut will take place at the Frankfurt Motor Show in September. Price for the new 2010 Porsche 911 GT3 RS has been set at $132,000 USD.