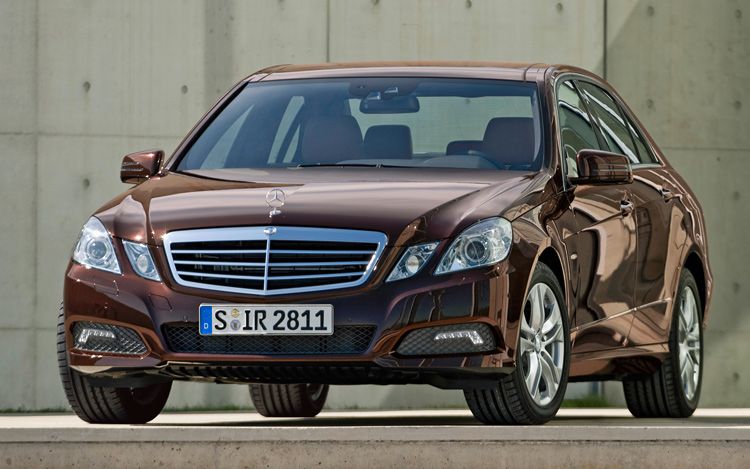 Fatigue causes more than 100,000 crashes annually on roads in the United States; Mercedes-Benz has rushed in to make the world’s first drowsy-driver detection system standard on the new 2010 E-class sedan. Mercedes claims the Attention Assist System is an independent judge of fatigue, constantly monitoring a driver’s behavior to send warning chimes and flare a coffee-cup sign when it senses a serious drop-off in alertness levels.

Mercedes-Benz was announced the winner of the 2010 prize for best safety innovation by “What Car?” for their Attention Assist System, which is designed to counteract drowsiness in drivers. Similar to trends in the United States, driver fatigue is one of the most common causes of accidents in Europe, resulting in a quarter of all motorway accidents. The 2010 Mercedes-Benz E-Class models will combat fatigue with the help of an array of sensors measuring over 70 parameters relating to driving behavior. If the system detects the driver is at risk of dozing off, it will produce a warning alert by means of an audible signal and a message on the display in the instrument cluster. 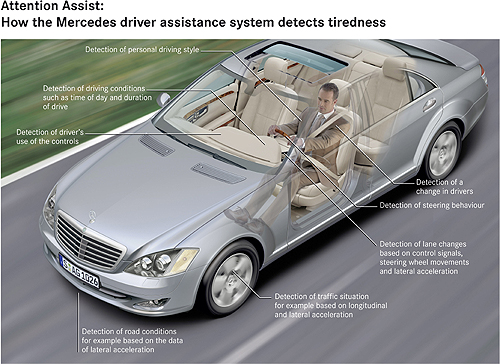 Prior generations of Attention Assist Systems would vibrate the steering wheel to simulate roadway shoulder rumble strips, occasionally sending the driver into a panic reaction. Mercedes, which has been working on the system for more than 10 years,revealed the new generation Attention Assist Systemat the North American International Auto Show in Detroitlast month. Other active safety features on the E-Class includes Adaptive High Beam Assist, Lane Keeping Assist, Blind Spot Assist, the PRE-SAFE® Brake which initiates partial braking automatically if there is a pending risk of a rear end collision.
“Studies show that after just four hours of driving, the risk of an accident doubles,” Mercedes-Benz Attention Assist expert Jorg Breuer said. “It increases eightfold after six hours, and drivers often fail to recognize drowsiness early enough.” Breuer further noted: “It is also sensitive to distracted drivers who are on the cell phone or talking to the kids in the back seat. They will get a warning, too. The effects of alcohol are very, very similar to the effects of drowsy driving, and we would assume it would work for that, too.”