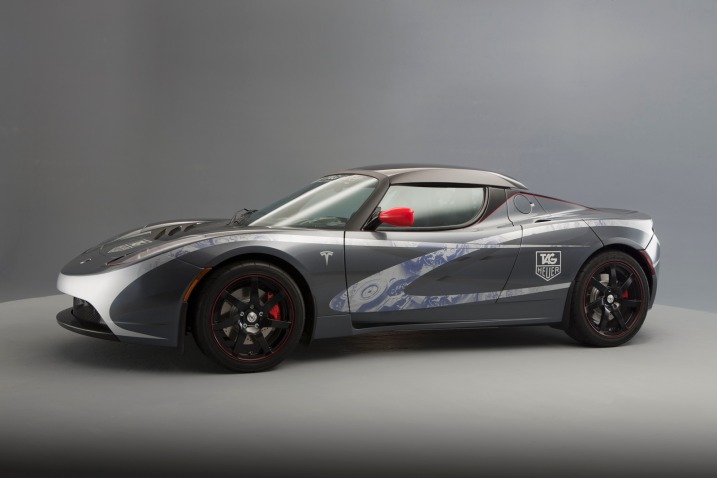 Expensive cars and expensive watches have been paired together as often, and for as long, as ice cream and chocolate syrup. Every year various watch manufacturers come out with special editions aimed at the performance driver. Usually they sport multiple chrono dials, exotic light-weight materials, and a price that is proportional to the car by which they’re inspired.

The 2010 TAG Heauer Tesla Roadster is the same idea, flipped. Tesla and TAG Heuer joined forces to design a limited edition roadster, which they showed off at the 2010 Geneva Motor Show. Tesla‘s chief designer Franz von Holzhausen worked closely with the Swiss watch designers to develop a look that was true to both companies. 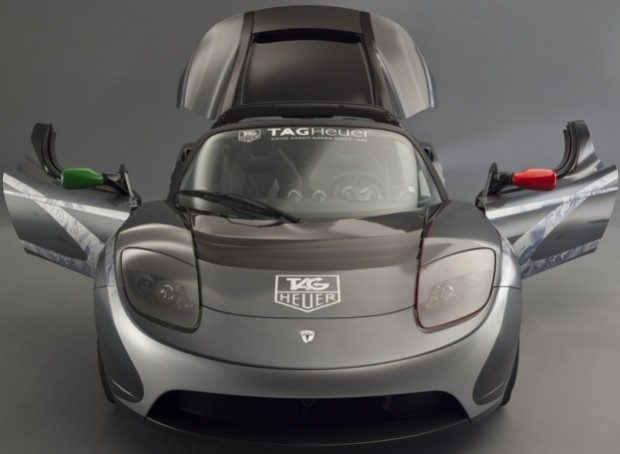 The result is a strange slate-grey (yet flashy) Tesla Roadster, sporting silver graphics that remind me a little too much of The Fast and the Furious. An element of specific interest is the contrast between the left and right side of the car. The right side has a green side mirror, wheel ring and brake calipers, with the same pieces done in red on the left. I think the color choices are a little odd, but I do like the idea. 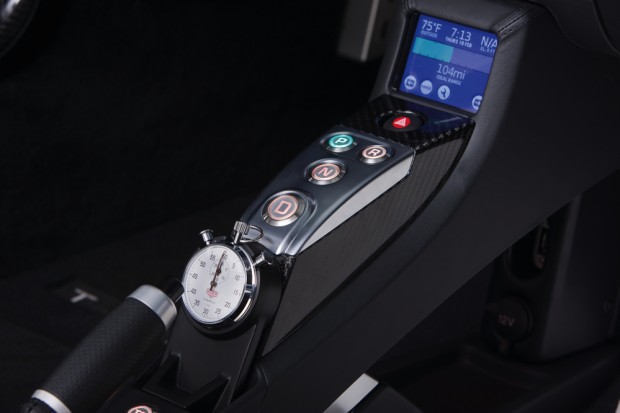 The TAG treatment continues inside with a limited edition stopwatch, a Meridiist mobile phone, and a watch that was not unveiled. The watch will be shown at the Baselworld expo, but if you’re presenting a car, with a special watch as a major attribute, you might want have it in the car. 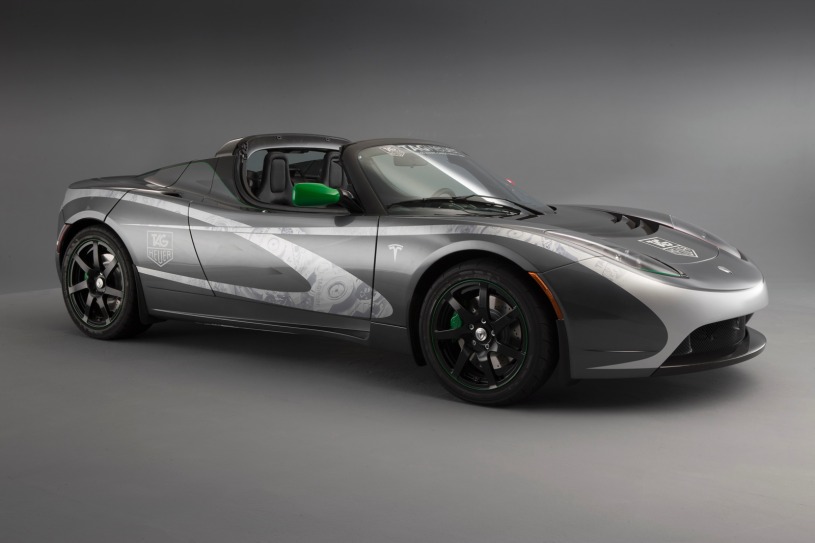 Special edition cars can be great… It’s another opportunity for the designers, engineers or tuners to take something good (or great) and produce a small number of examples that are more creative without the risk of bankrupting the company (Imagine if every Bentley Continental looked like a Mansory.) The 2011 TAG Heuer Tesla Roadster is certainly different and original, but I’m thankful Tesla provides us with slightly more conservative options.