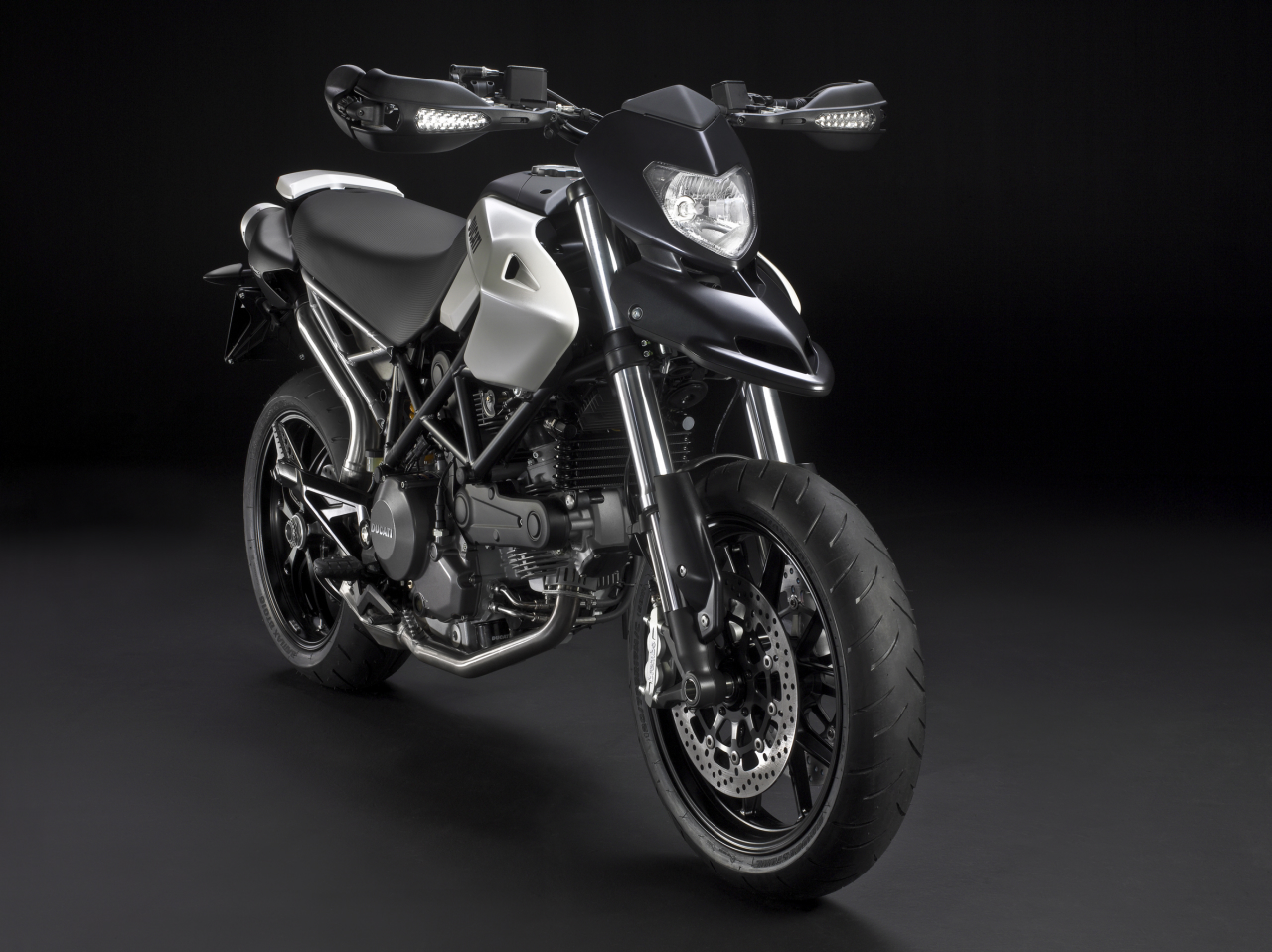 The Supermotard craze came about from a melding of influences pulled from both street bike and dirt bike racing. Ducati took notice and jumped in with both feet when they introduced their Hypermotard concept back in 2005. It created such a splash that when the production version was first unveiled in 2006, the sheer volume of interest actually brought down the website.  International deliveries began in 2007 with two flavors offered – the 1100 base model and the 1100S, featuring higher caliber components.

The US didn’t see a Hypermotard model until 2008, by which time Ducati finally released a black-on-black frame for the 1100S, creating the first opportunity to cop a non-red Hypermotard and piquing our interest. As appealing as this bike is, the price point of $14,995 for the S and $11,995 for the base 1100, is a little steep for many potential customers. Fret no more… Ducati has just unveiled a new sub-$10,000 Hypermotard 796. 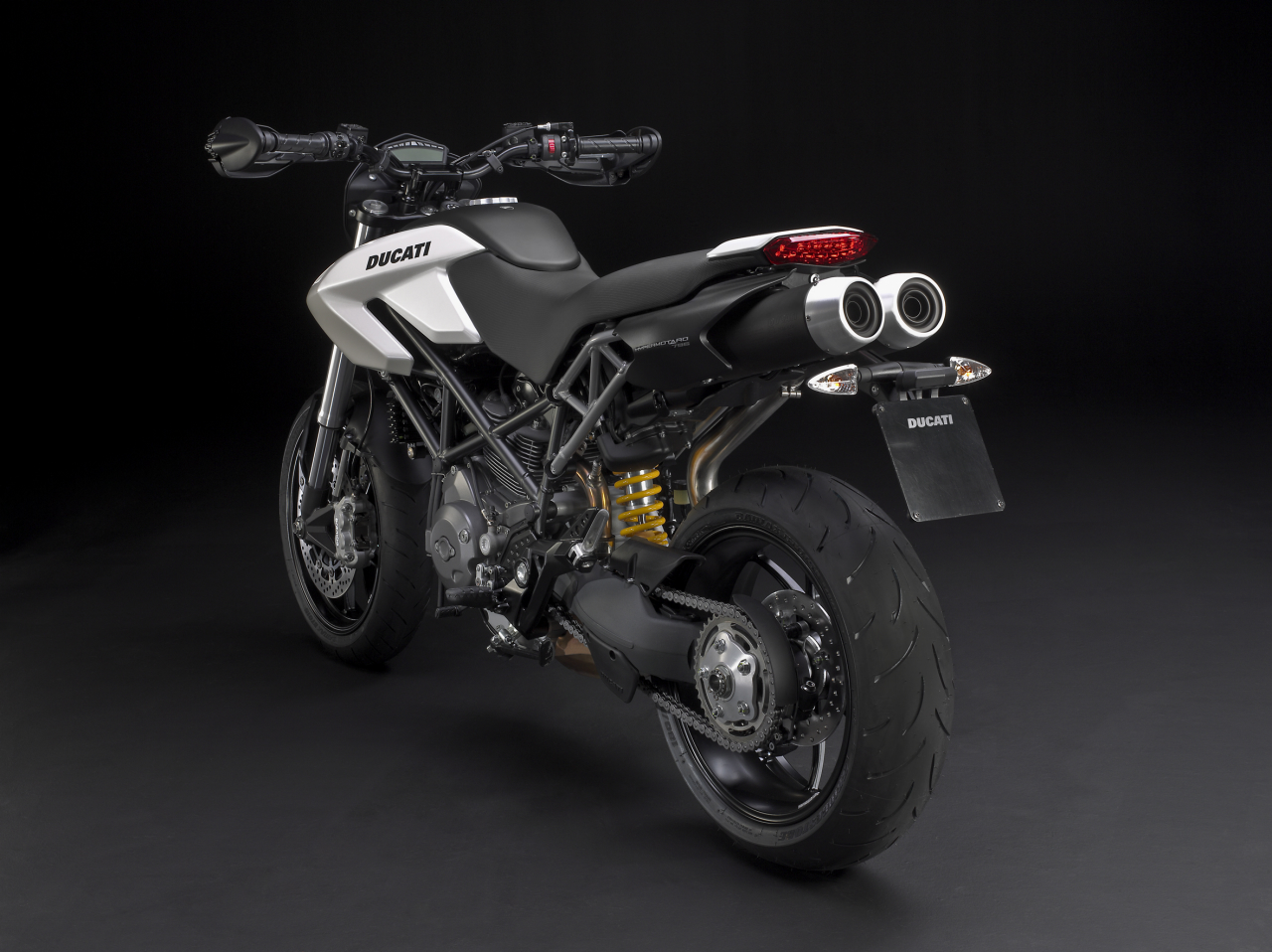 The Ducati Hypermotard 796 sports an all-new air-cooled engine with 2 valves per cylinder, putting out 81hp and 56 lb-ft of torque. The top and bottom fork clamps have been redesigned and the frame layout adjusted to virtually eliminate all of the forged elements found on the 1100. As such, the Hypermotard 796 weighs in at a svelte 368 pounds. Other features include an APTC clutch and single-sided swingarm. 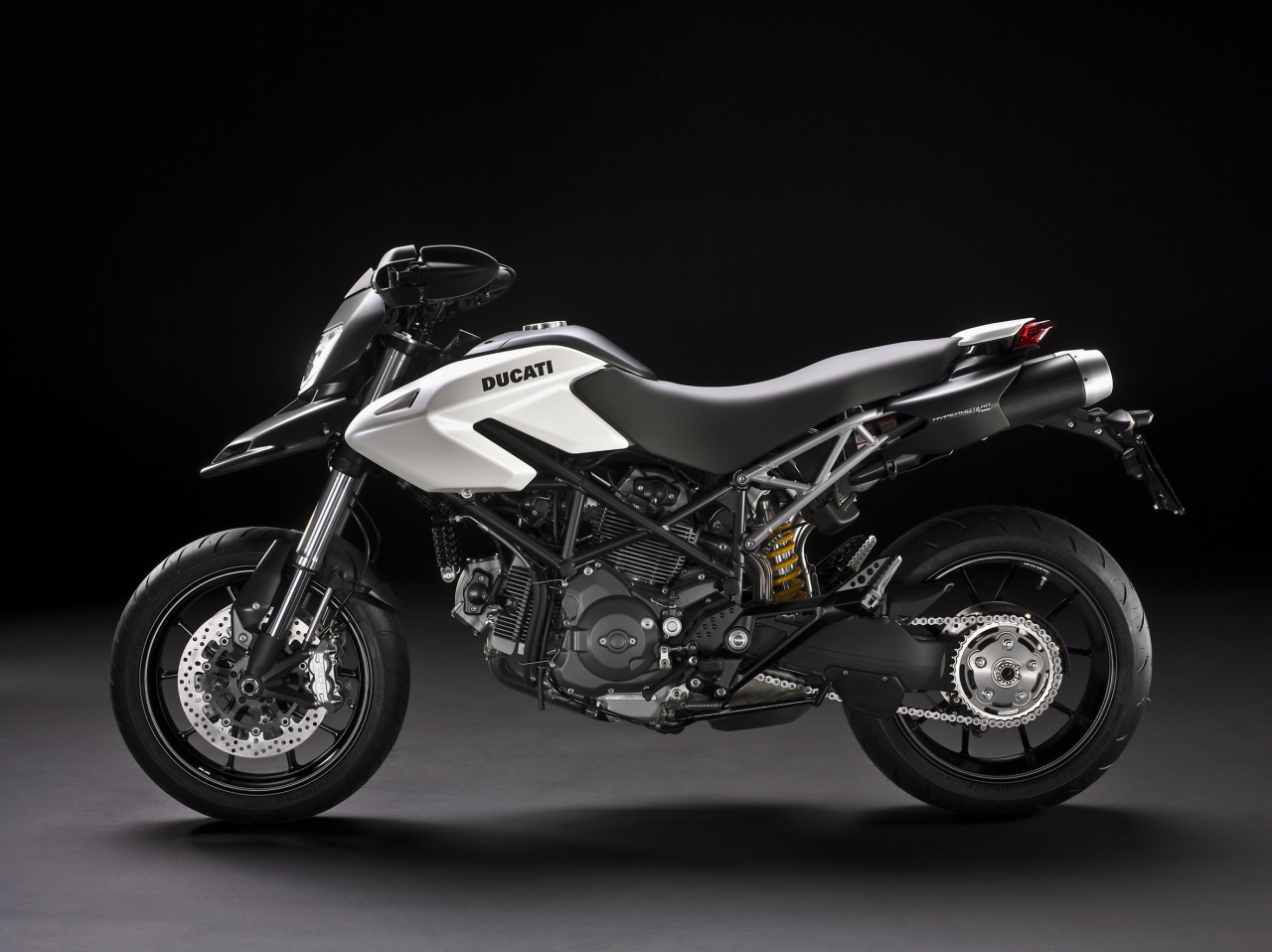 The first chance to peep the Ducati Hypermotard 796 in person will be at Milan’s EICMA international motorcycle show. If travel plans to check out a motorcycle aren’t in the cards, this bike will be available in Ducati showrooms in December for a base price of $9,995. Color choices will include Ducati red or matte black and matte white (shown). 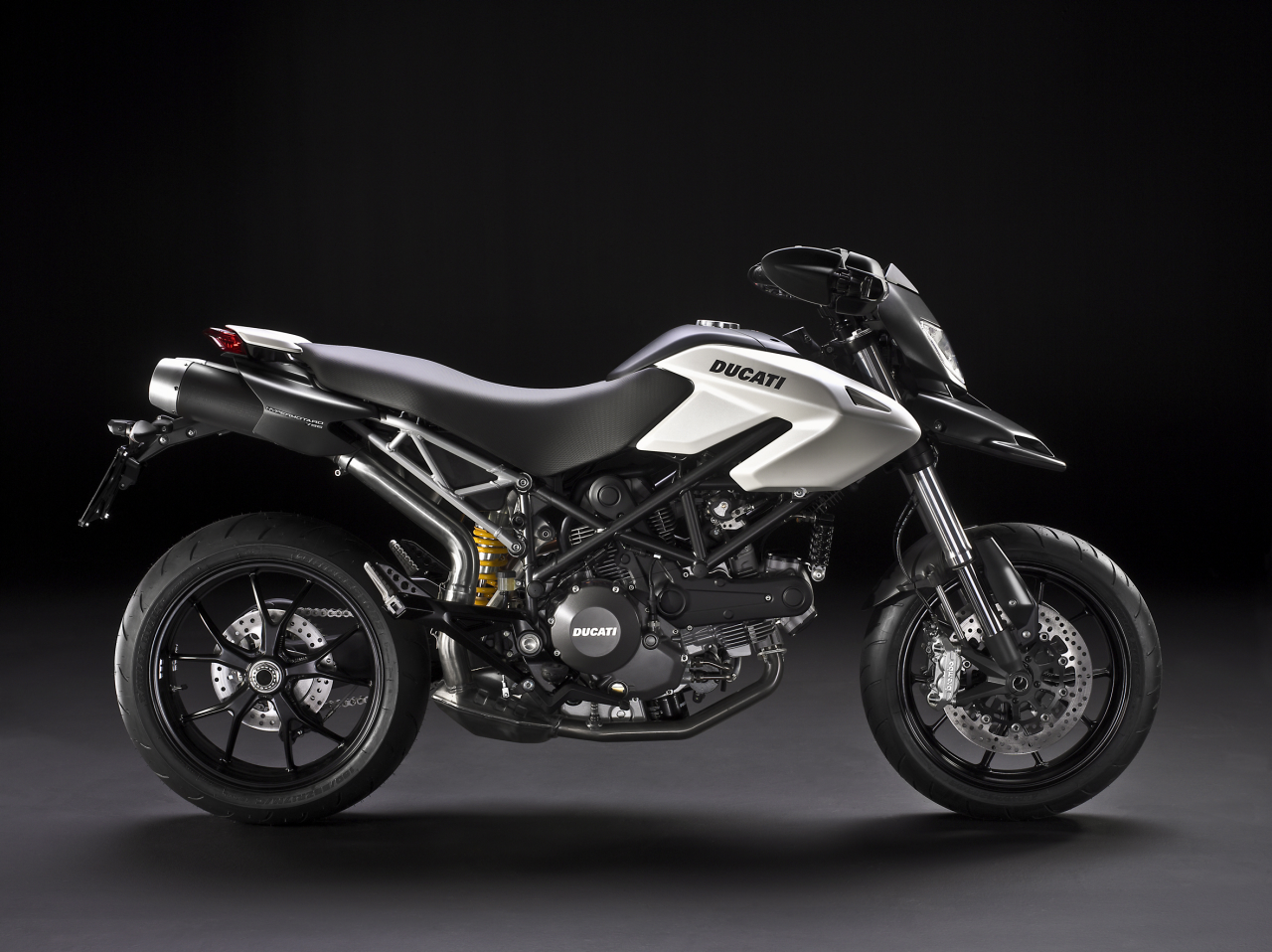