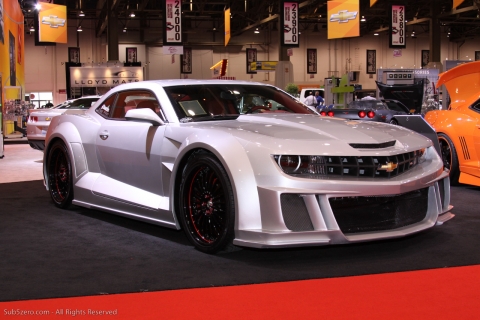 At the SEMA Show each year, there is usually a new car that garners the majority of the excitement, with every tuning shop looking to make their mark and wow the industry with their superior or unique mods. Last year, the Dodge Challenger and Nissan GT-R were the new kids on the block and got quite a buzz. However, they paled in comparison to the deluge of 2010 Chevy Camaros that littered the Las Vegas expo show floor at SEMA 2009.

Interestingly enough, the 2010 Camaro was uber-present from virtually every possible outlet for cars today. Motorsports iterations in the form of pace cars, racers and drifters were spotted. Anniversary and special auction editions could be seen. Full-on custom kits from outstanding tuners like Hennessey, Callaway, Lingenfelter, Hurst and Fesler-Moss offered buyers one-stop shopping. And there were even some morphed creations that resulted in Trans-Am hybrids. 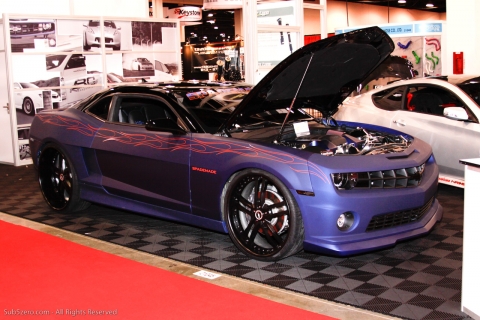 What was so cool, however, was that everyone had their own flavor and they all tasted good. We saw turbocharged, supercharged and NOS’d out stock engines, swapped LS7 and LS9 powerplants, and even some things for which we couldn’t make heads nor tails. Widebody, slammed and even drop-top models made cameo appearances. And the paint jobs spanned the gamut from candy apple red to 7-tone palettes with interiors just as freaked. Some even sported Lambo-style or gullwing doors.