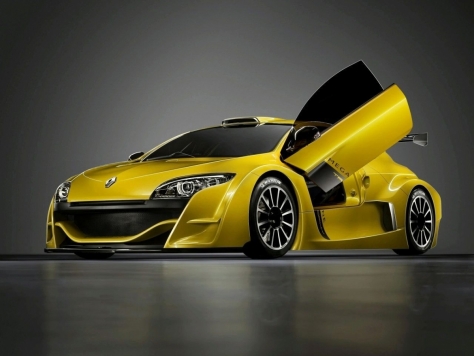 It’s hot, it’s French, and yes, it’s the 2009 Renault Megane Trophy. First shown at the 2008 Paris Auto Show, the newly revised auto features a V6 3.5-liter powerplant that has been bumped up to 360 bhp. Renault claims that with the new aerodynamics and tweaked engine, their Megane Trophy can keep up with a Porsche GT3.

Renault Sport incorporates the same mechanicals from the current car which features a FIA-homologated sports-prototype tubular chassis, a semi-automatic gearbox with paddle shifters, an adjustable double wishbone suspension along with 18-inch wheels and Michelin tires.

One bummer, the Renault Megane Trophy is only available as an upgrade kit for existing cars and modification must take place at the factory in Alpine factory in Dieppe. And as a single-seater, no hot French girl will be able to ride along with you…