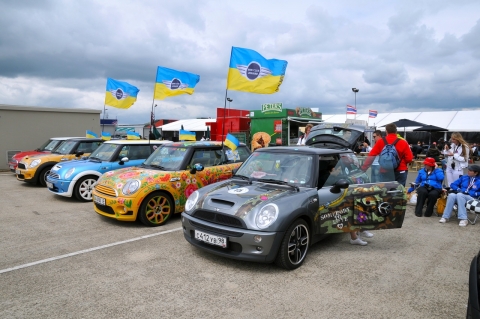 This year marked the third go-round of the MINI United Festival. This is an event that has reached legendary status after just a short period of time and has a tremendous draw. There were 25,000+ enthusiasts in attendance from over 40 countries who made the journey to the Formula One track at Silverstone, England between May 22nd and 24th. Throngs of German car clubs trekked across the continent, pushing their tricked out MINI Cooper rides to the venue. All told, more than 10,000 MINI models showed up.

The MINI United Festival was a great platform for the launch of the new Mayfair and Camden special edition models along with a host of one-off creations. MINI presented a truly unique version to Olivia Harrison and the Material World Charitable Foundation, a reinterpretation of George Harrison’s original outrageous model. In addition, Paul Smith, David Bowie, Kate Moss, Missoni and Alan Aldridge all showcased their own MINI designs. The original cars from The Italian Job and Austin Powers also made special appearances. 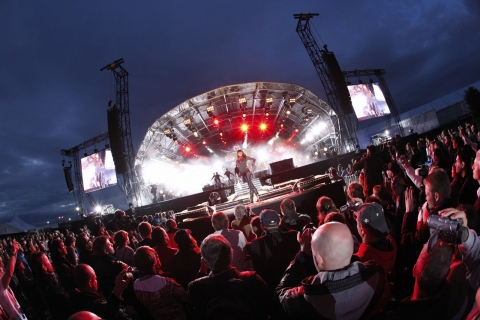 The 50th Anniversary celebration also included a huge music festival headlined by Paul Weller, frontman for iconic bands The Jam and The Style Council. There was even a fashion show mixed in. But no true automotive event would be complete without putting the cars to the test and MINI did not dissapoint with a special stunt show and race on the famous Silverstone raceway.