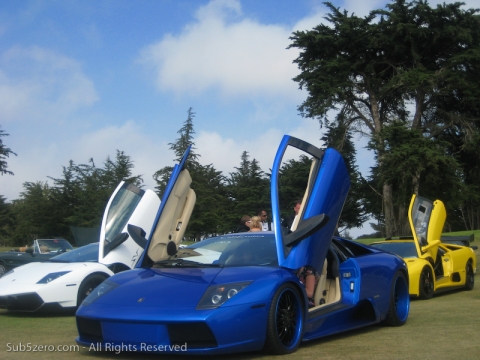 When the annual Concorso Italiano event, one of the largest of its kind catering specifically to Italian vehicles, moved from the lush greens of the Bayonet Black Horse Golf Course in Monterey to the concrete jungle of the Marina municipal airstrip (due to construction), let’s just say that many folks were less than thrilled. As such, a small faction decided to create an alternative event that captured the original spirit of the Concorso in a more intimate climate, taking a back-to-basics approach. This event came to be known as La Dolce Vita Automobili and actually took place this year at the same Black Horse Golf Course that the Concorso Italiani left two years ago (and has since relocated to Laguna Seca Golf Ranch.) 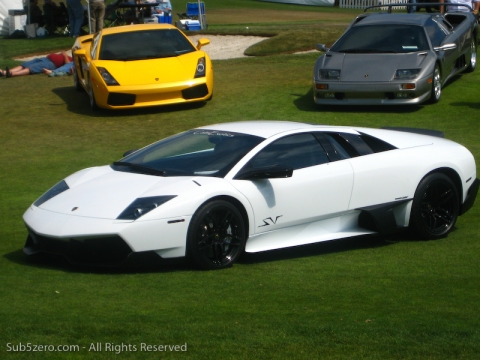 While definitely not on the same scale as the Concorso Italiano, the 2009 La Dolce Vita Automobili event had a small, but well represented collection of high quality classic exotics and modern day supercars. Lamborghini was definitely one of the standout manufacturers as a huge cache of Diablos were littered across the field along with some modern day dynamos such as a new 2010 Murcielago LP670-4 SV. Alfa Romeo and Maserati also had a commanding presence as well. 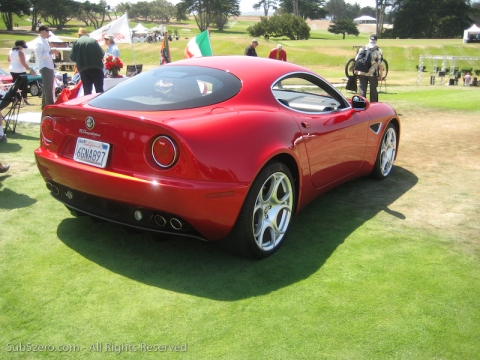 La Dolce Vita Automobili at Black Horse 2009 had an impressive first showing and we think this event has amazing potential. This is definitely a venue to add to your rotation during Monterey Car Week next year. We look forward to their continued growth and success as they become an established presence on the Pebble Beach scene.