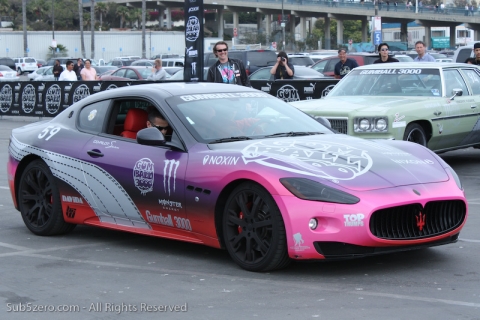 You waited all year and yes, it’s finally back. The 2009 Gumball 3000 race officially begins tomorrow May 2nd and runs until May 8th. The festivities are kicking off today in Los Angeles with a large Gumball 3000 party at the Santa Monica Pier. As the cars made their way down to the beach for the concert and show we were there to capture the action. Please check out pictures of the 2009 Gumball 3000 cars in the gallery below. 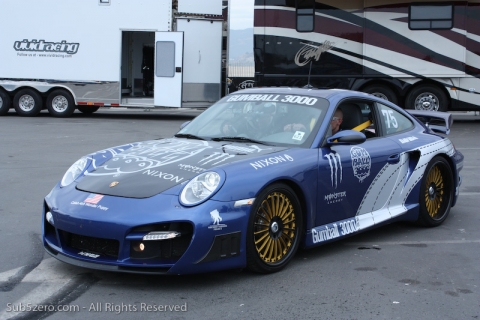 For those unfamiliar, the Gumball 3000 is an annual international rally that runs on public streets and changes routes every year. There are 120 cars that are allowed to compete and drivers run the gammit from the entertainment industry to business executives to nefarious characters. If you can scrape together a good team and $44,000, you can pay the entry fee. There is actually no official time keeping, no prize for hitting each checkpoint first or finishing the race itself the quickest. The true celebrated winner is the driver or drivers that embody the spirit and adventure of the event; he/she is given the ‘Spirit of Gumball‘ trophy. This usually does not end up in the hands of the guys or gals driving the Lambos and Ferraris but the hoopties and those that overcome adversity along the way to finish. 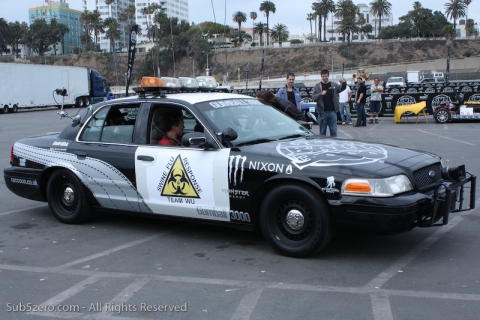 This year’s Gumball 3000 is a ‘coast to coast’ rally from Los Angeles to Miami. Along the way there will be parties and car showcases in Santa Monica, Las Vegas, Sante Fe, Dallas, New Orleans and Miami. This year’s notable entries include Bam Margera, Tony Hawk and David Hasselhoff. However, the coolest dude on the road just might be Bill Wu rolling in a California Highway Patrol Car disguised as the CDC Swine Flu Tactical Emergency Response Interception Vaccination Vehicle. Let’s just hope a swarm of infected people don’t slow them down.