If you’ve been following the classic and specialty car market even a little bit closely for the last few years, you know that early Porsche 911 (or all air-cooled Porsches, frankly) prices have gone positively simian-dookie. It wasn’t all that long ago that a clean-but-not-museum-quality, smog-era “G-Model” coupe could be had for base Camry/Accord/etc. money; today, good luck finding one of those “least desirables” for less than the cost of two new mid-size transportation appliances. And unless you’re one of those people who can excrete platinum ingots at will, forget about adding an early short wheelbase 911 or a 930 Turbo Carrera to your fleet. It’s all really, really depressing…but there is hope; later Neunelfers offer great all-around performance and comfort, giving you much more bang for your engine-in-the-trunk sports car buck. 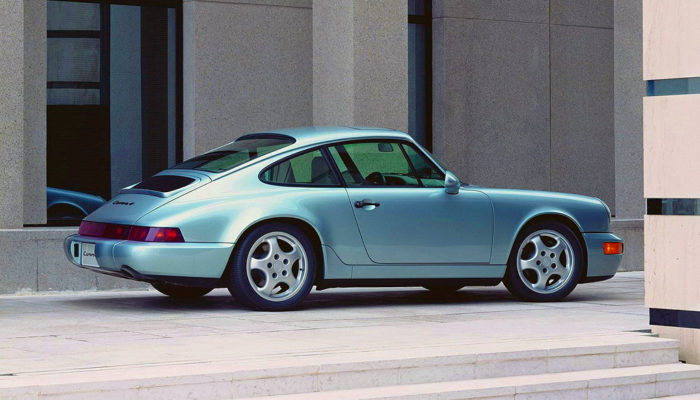 In late 1989, Porsche introduced a new series of 911 with the internal model code 964. The basic shape and body shell were fundamentally the same as those of the Butzi Porsche designed original (How else would Singer and other “backdating” specialists be able to do what they do?), but the company claimed it was 85% new compared to its immediate predecessor, the Carrera 3.2. The 964s are immediately outwardly identifiable by their more-smoothly integrated bumpers (with wraparound lighting clusters on the front), sloped taillights and speed-activated retractable rear spoiler incorporated into the engine cover. However, there was even bigger news underneath in the form of three 911 firsts: A switch from torsion bar to coil spring front suspension, optional all-wheel-drive in the form of the Carrera 4, and an optional fully automatic transmission dubbed Tiptronic, which had a separate quadrant in the shift gate that allowed the driver to run up and down through the four forward speeds in sequential manual fashion. The standard engine remained a SOHC air-cooled flat-six, but displacement grew to 3.6L, and U.S.-spec output reached 247 horsepower.

The still-RWD 964 Turbo debuted early in calendar year 1990, albeit with an updated version of the later 930’s 3.3L engine; the first 911 Turbo with an engine derived from the Carreras’ 3.6L M64 arrived in 1993, and the most potent force-fed 964, the 911 Turbo S, generated 380 horsepower and was armed with a clutch-type limited slip differential. Other special variants of the 964 included a plethora of not-for-the-U.S. RS models and a somewhat-watered-down RS America, while the retro-cool Speedster and “Flatnose” front bodywork remained available as built-to-order rarities. 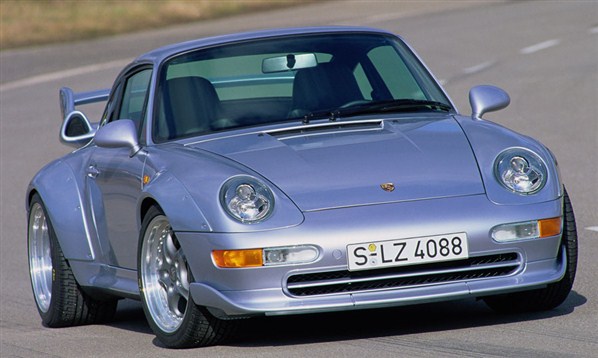 Of course, if the 964 marked a big departure from the classic 911s, even bigger changes were in store for the next generation, the 993. Upon its European debut it late 1993 (America would have to wait another 12 months or so before it landed as a ’95 model.), the public was wowed by the smooth, shapely new bumpers and fenders, while purists were shocked and (in some instances) horrified to find a new multilink rear suspension setup (evolved from that on the stillborn 989 sedan project) in place of the time-tested trailing arm arrangement. However, the new assembly all-but-eradicated the 911’s propensity to fire itself ass-first into the scenery if you were to back off the throttle while turning; furthermore, the Turbo (now with two of the exhaust-driven boost synthesizers) was equipped with AWD to minimize orneriness and maximize performance, while the standard manual transmissions across the range were now 6-speed units. As for body styles, the rooflines of the coupes and convertibles looked much the same as before, but it was all-change for the Targa when it returned in 1996: The lift-off center panel and huge, wraparound backlight were gone, replaced by more conventional B-pillars and quarter windows (though still different from the coupe) topped by a mammoth glass sunroof that slid back and beneath the rear window when open air motoring was on the menu. At the other end of the spectrum were the coupe-only 3.8L Carrera RS and racing-homologation GT2, neither of which was offered in street legal form in North America. 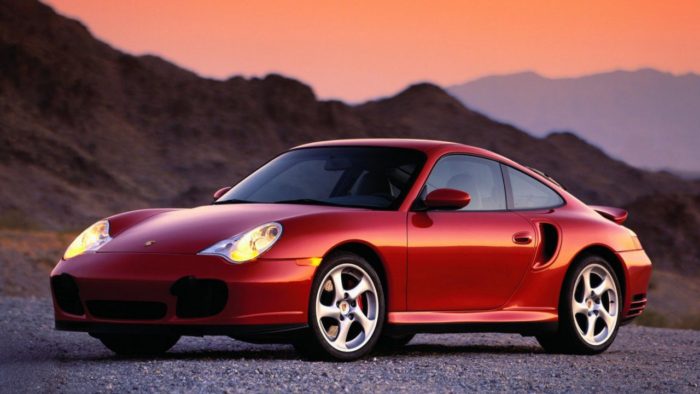 Alas, the 993 GT2 with its massive fender flares and heavily-boosted twin-turbo engine (rated at up to 600 horsepower in Evo form) would be the zenith of air-cooled 911 development; ever-tightening emissions regulations in key markets worldwide dictated that water cooling was the way forward if the 911 was to survive. And survive it did – though few hardcore Porschephiles will tell you it thrived – as the larger, more touring-oriented Type 996, which arrived in 1998 (1999 in America) with a 296 horsepower 3.4L version of the Boxster’s liquid-cooled DOHC flat-six matched to a 6-speed manual or a new 5-speed Tiptronic automatic. Much of the front suspension, interior and front exterior styling, including the homely “fried egg” headlight/directional assemblies, were also shared with the more affordable mid-engine roadster.  Naturally, enthusiasts were annoyed by that as well, though that last one was resolved by a 2002 facelift that saw the 996 Turbo’s formerly unique headlights applied to the rest of the 911 family, which had by then grown to include a new GT2 (which was no longer tied to homologating a race car yet stuck with the hopped-up turbo engine/RWD/big aero formula) and the GT3, a hardcore track toy with a screaming naturally-aspirated engine. 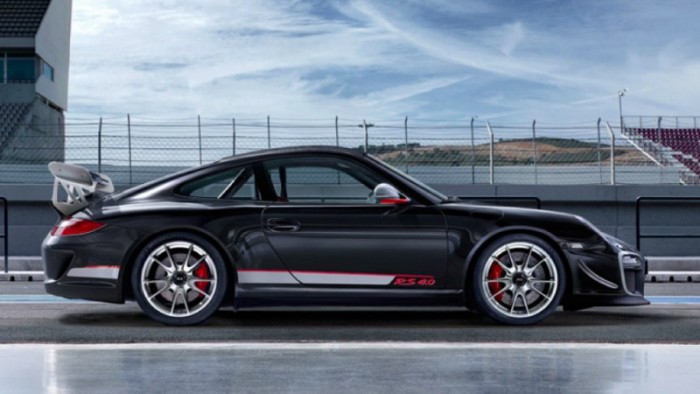 Despite the controversies, the 996 sold like gangbusters, so it was no surprise that Porsche didn’t stray very far from it when it rolled out the 997-series; in fact, you could argue it was even less of a jump from the 996 to the 997 than it was from the 964 to the 993. That being said, though, the interior was heavily revised, while the exterior saw a (welcome) return to round/elliptical headlights, and the Carrera S and 4S used a new 3.8L engine rated at 355 horsepower (The standard Carrera and Carrera 4 used the later 996’s 320 horsepower 3.6L engine). Further improvements arrived for the 2009 model year, with more potent and efficient direct injection engines and Porsche’s 7-speed dual-clutch PDK transmission replacing the Tiptronic as the 911’s two-pedal solution. Special versions of the 997 included the GT3 RS 4.0, GT2 RS, Speedster, and the not-for-America Sport Classic, while the Carrera GTS joined the family in 2011, just a year before the 997 was succeeded by the 991. 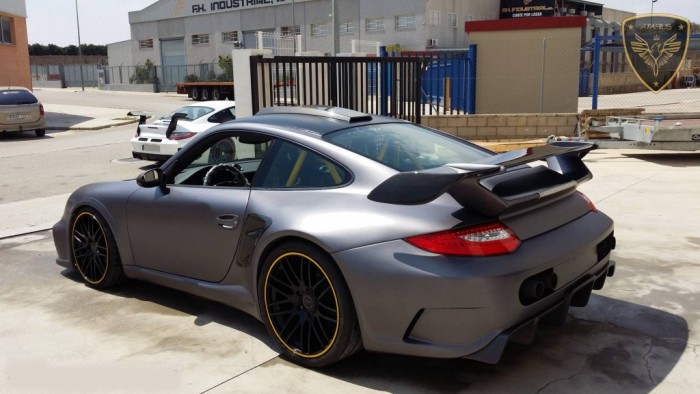 As you might expect, the rarer and faster the 964, 993, 996 or 997 model in question, the more desirable it’s likely to remain long term. However, if you’re not looking at purchasing a 1990s or 2000s 911 as an investment as much as you’re looking at one as a fun way to get around, you can’t really go very far wrong with any generation or variant, provided it has a full documented service history at either a dealer or a reputable independent Porsche shop. Now having said that, the 996s (particularly ones made from the 2000 to ’05 model years) have a reputation for intermediate shaft and intermediate shaft bearing failures in their engines, which can lead to lunched engines unless preventative measures are taken. 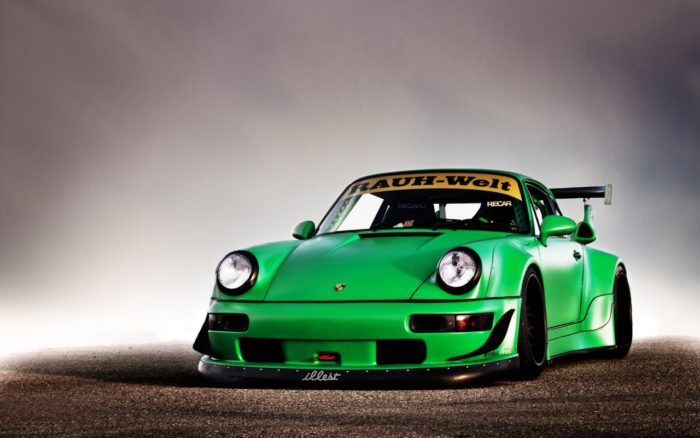 If you’ve viewed this site with even a modicum of regularity, you know that there’s no shortage of companies specializing in making late model 911s go faster and look more distinctive. TechArt, Ruf, 9ff, and Mcchip-dkr are just four of the companies that have worked their magic on the first two generations of water-cooled 911s. As for the 964 and 993, Ruf and Gemballa were known for taking those cars to the next level in period, while these days Singer Vehicle Design and RWB are the most in-demand builders of custom modern air-cooled machines. Regardless of which direction you choose, there’s no shortage of ways to make your used 911 even more thrilling – if not terrifying – to exercise. 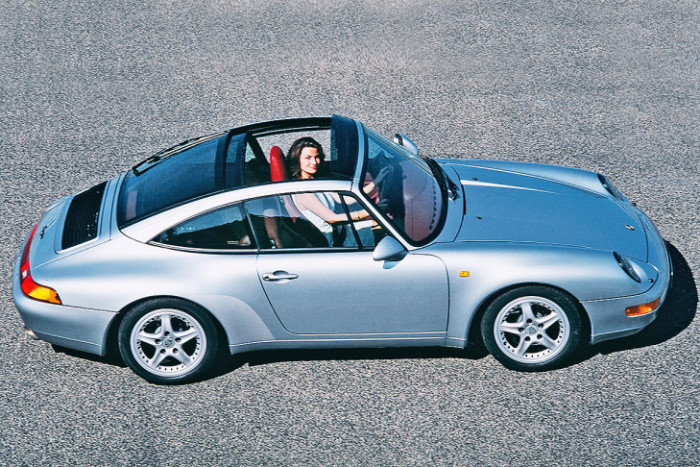 Thanks in no small part to their bastard child status in the eyes of many air-cooled partisans, the current purchase prices of 996s and, to a somewhat lesser extent, the 997s are quite low, with decent 996 Carreras attainable in the low to mid $20,000s. If you crave a more elemental and coolant-free driving experience, be ready to pay something in the high 30s to low 40s and upward for a well-cared-for 964 Carrera. And if you want the car that brought the curtain down on the air-cooled era, the 993, $50k seems to be the current basement for everyday versions of that evolution. Naturally, Turbos and other high performance and/or limited edition models will command big (if not planet-sized) premiums; we managed to find a 997 GT3 RS 4.0 on eBay with an asking price of just a whisker under $600,000! The bottom line is that regardless of how much more nutso early 911 prices get, there’s still a way for most of us to put our autograph on an iconic Prussian performance machine’s pink slip.