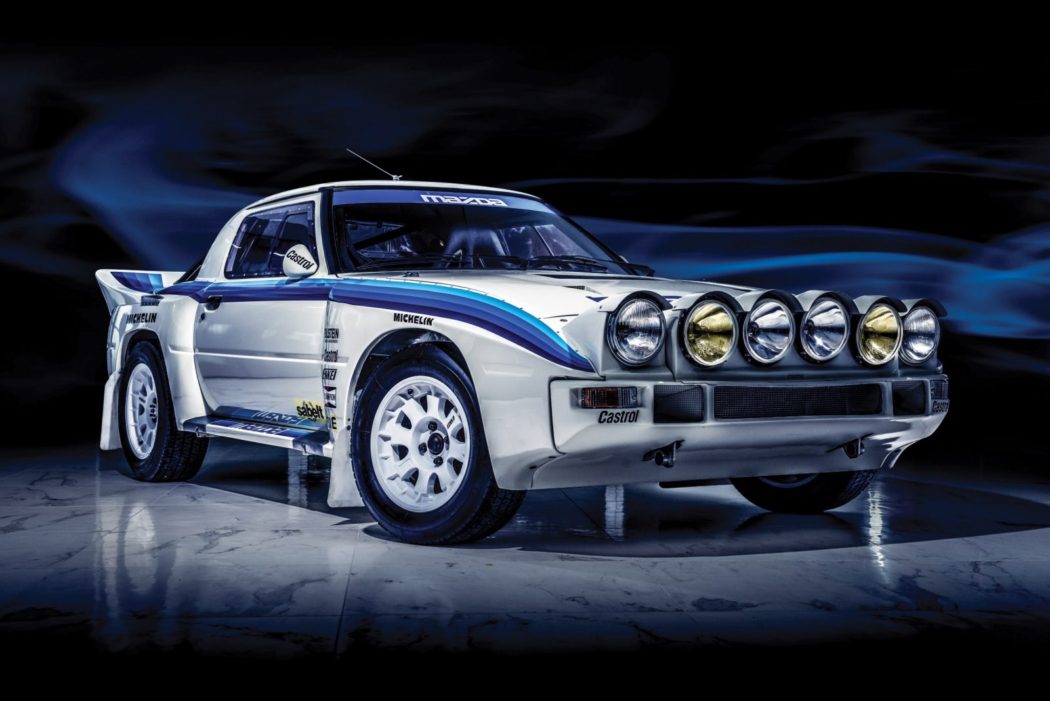 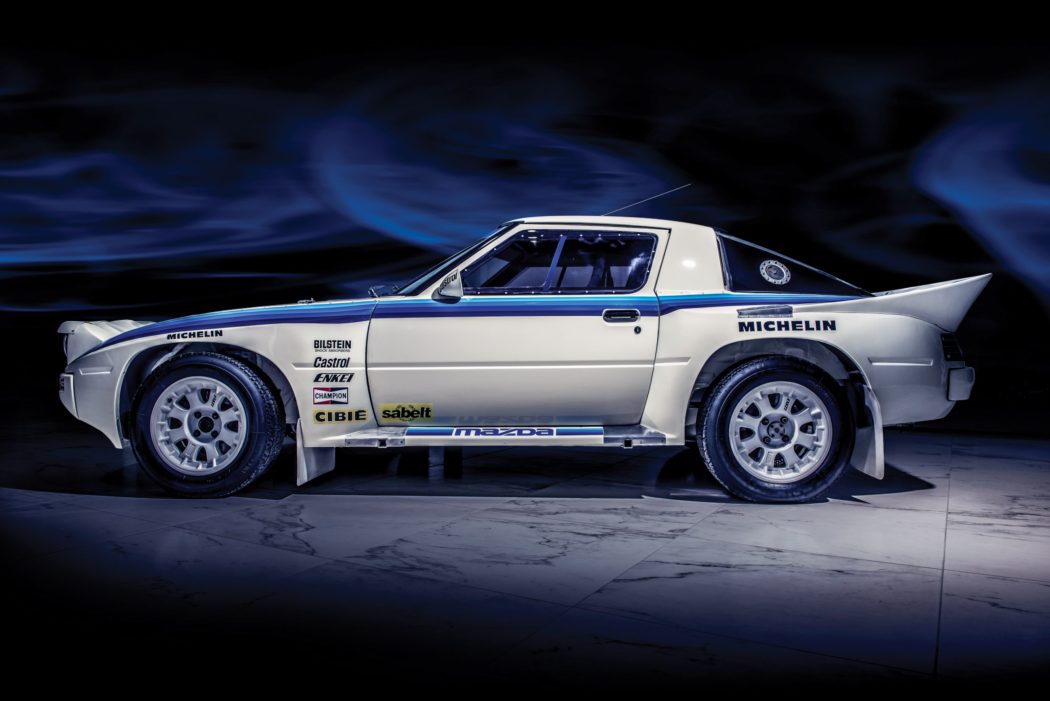 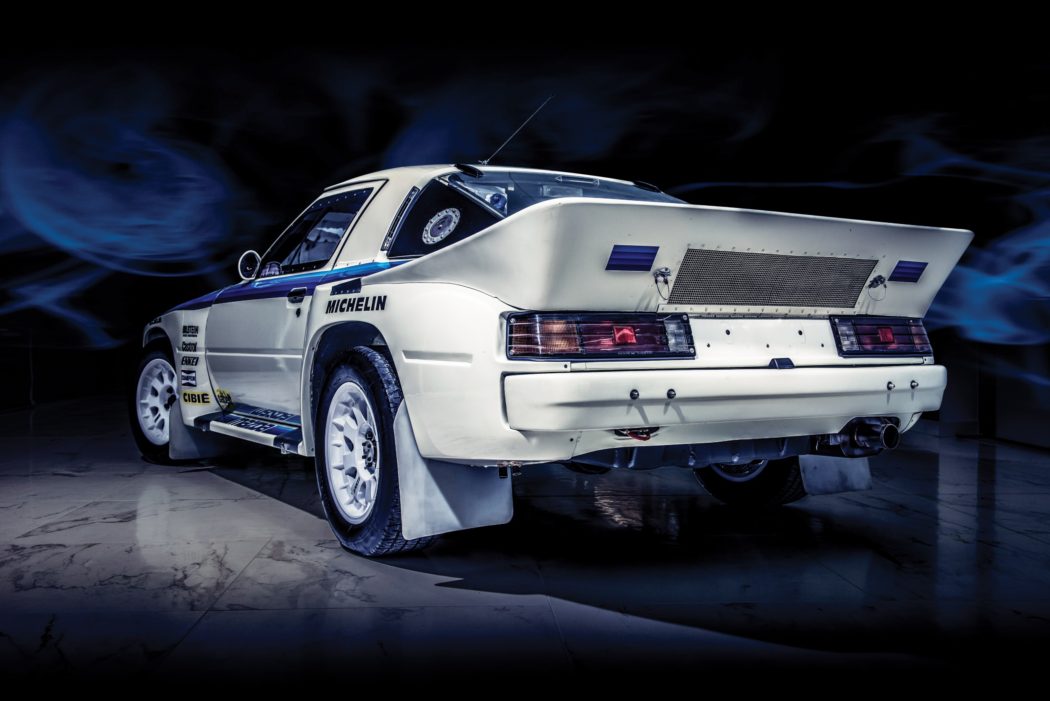 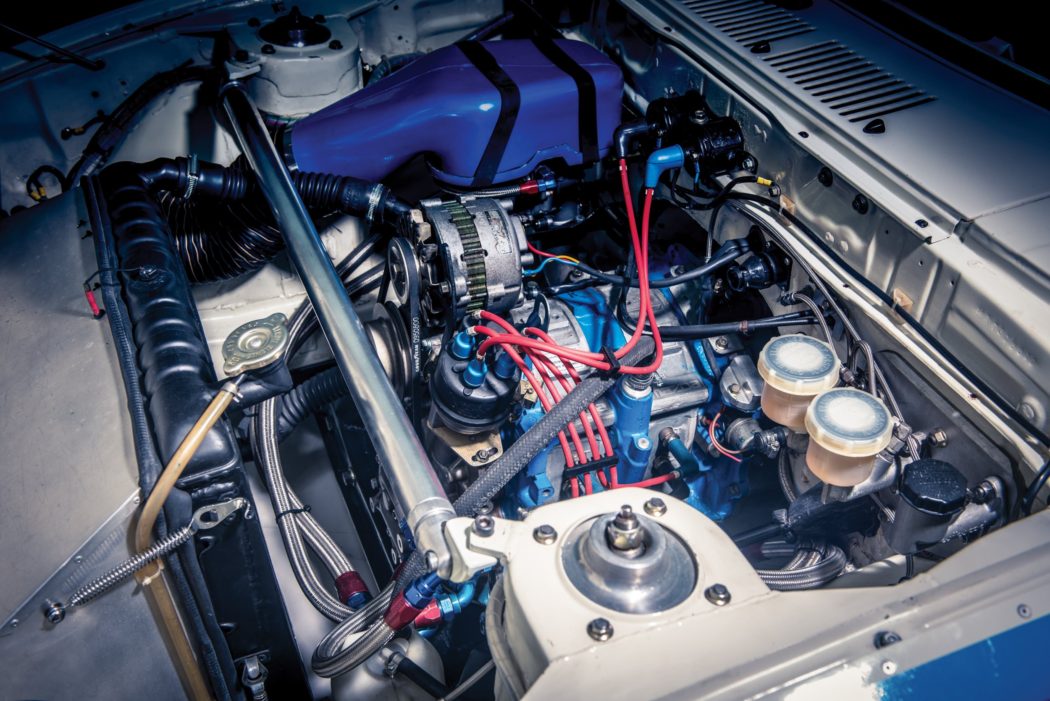 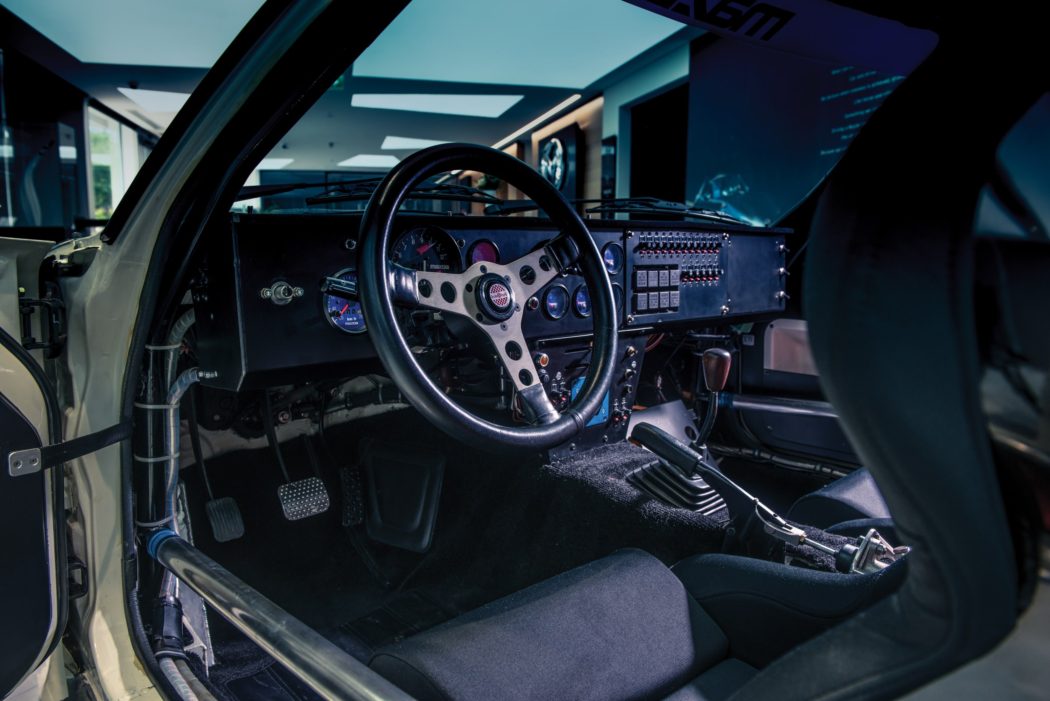 Mention the phrase “Group B rally car” to typical petrolheads, and their minds’ eyes will immediately conjure images of fire-belching, forced-induction monsters from the likes of Audi, Peugeot, Lancia and Ford. Yet there were many other cars from this short-but-savage era of rallying whose stories aren’t as widely known: Opel, Nissan, Toyota, Renault and MG all produced cars that conformed to that refreshingly liberal set of regulations, but perhaps the most unusual Group B machine of all (at least once you popped the hood) came from plucky little Mazda. Its Killer B was based on the first generation (a.k.a. SA22C) RX-7, replete with a highly-tuned naturally aspirated 13B two-rotor Wankel howling away up front. And this one – which has never actually turned a wheel in competition in its whole 32 year life – will be up for auction less than a month from now.

While its 300 horsepower and rear-wheel-drive aren’t as awe-inspiring as the 500+ horsepower and AWD offered by the category’s frontrunners, the RX-7 Evo Group B (the “Evo” part coming from the subsection of the FIA rulebook that allowed the construction of 20 evolution models of existing Group B homologated machines) could hold its own under certain conditions (The RX-7 Evo Group B’s best finish in period WRC competition was third in the 1985 Acropolis Rally in the hands of driver Ingvar Carlsson.), thanks in no small part to the flared and winged fiberglass bodywork that kept weight below 2,200 lbs. Other competition-ready bits installed by Mazda Rally Team Europe (which was based in Belgium and run by German rally driver Achim Warmbold) included a raised suspension system and upgraded brakes (to which lightweight Enkei four-lug wheels were bolted), fixed headlights rather than the usual pop-ups, and an oil cooler integrated into the rear wing where it wouldn’t get clogged with mud, snow and other gunk.

This particular car – chassis number MRTE 019 – will go on RM Sotheby’s auction block in London on September 6th. It’s a fitting venue, since the car spent some time on display at Mazda UK’s headquarters and, more recently, in front of photographers for Top Gear magazine. RM Sotheby’s hasn’t released a value estimate but, given its status as only one of seven ever built and the only one of those never to turn a wheel in anger, we expect the price of this lesser-known rally weapon to reach well into six-figures.