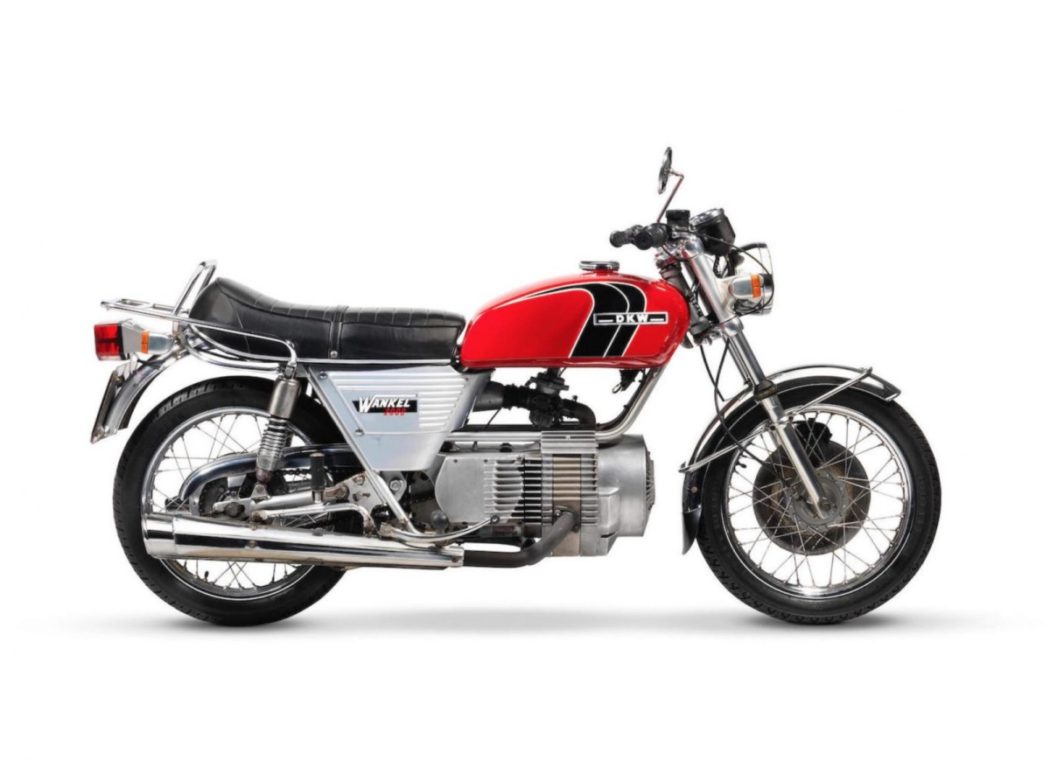 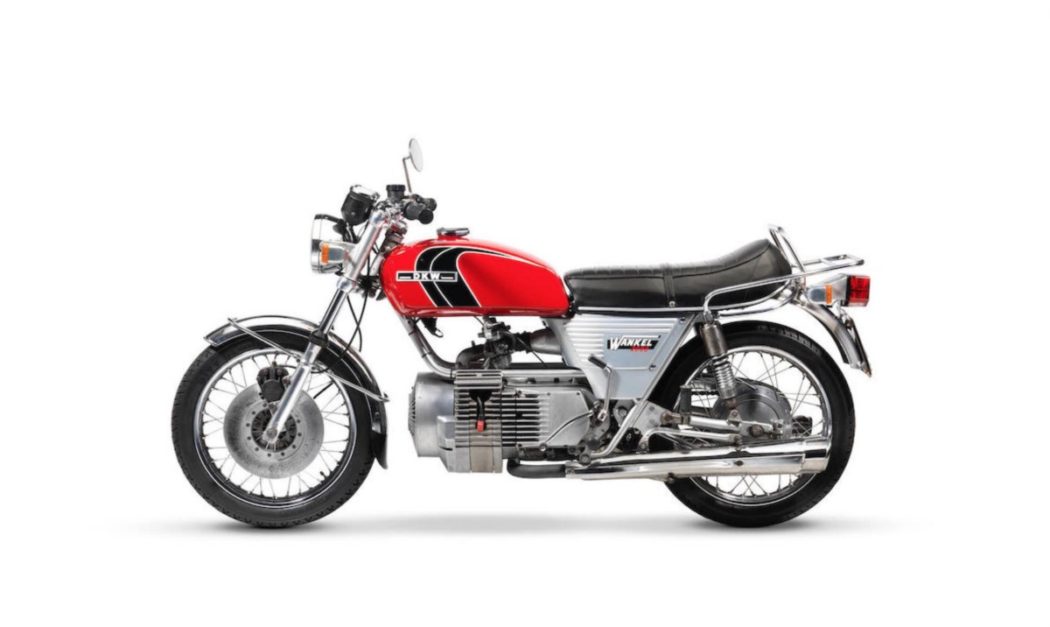 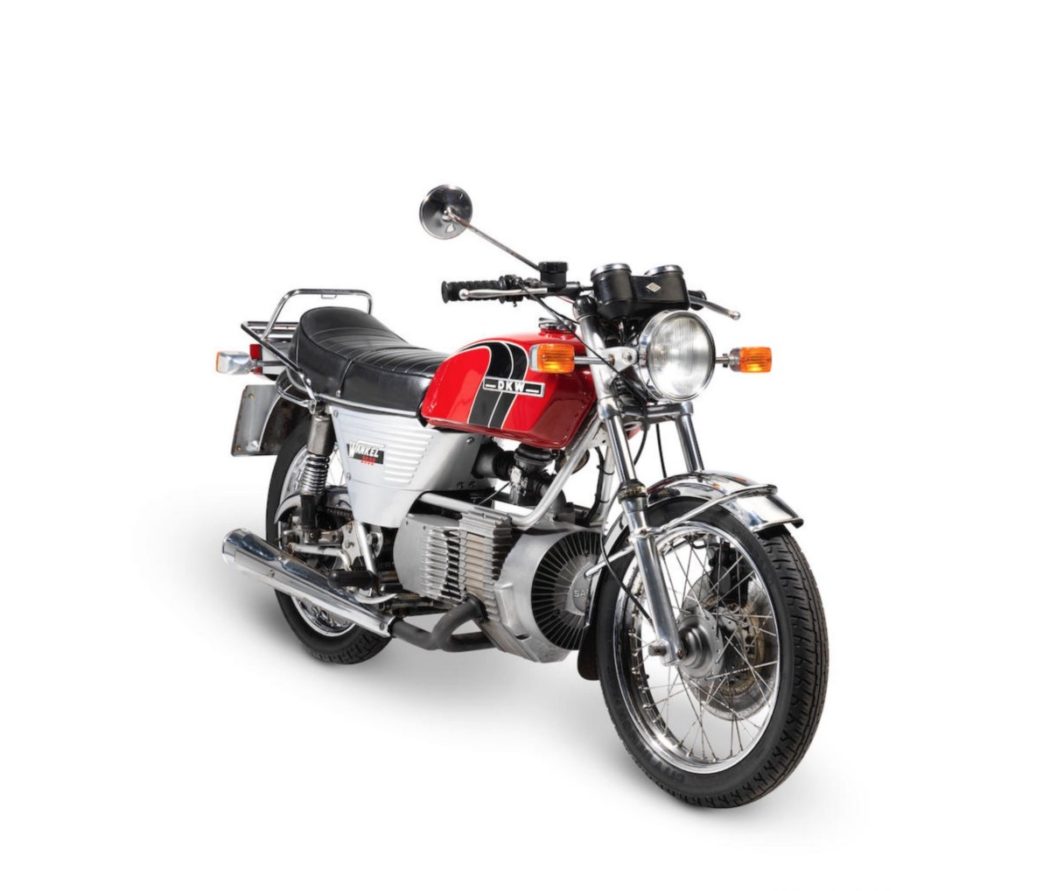 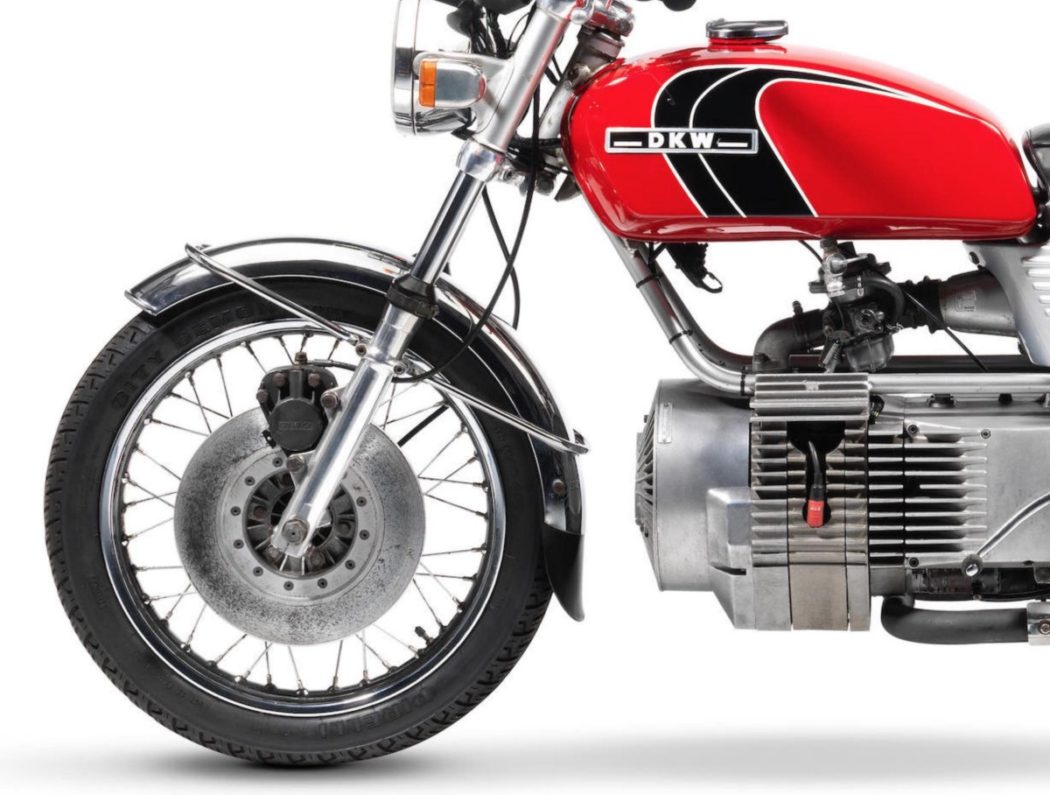 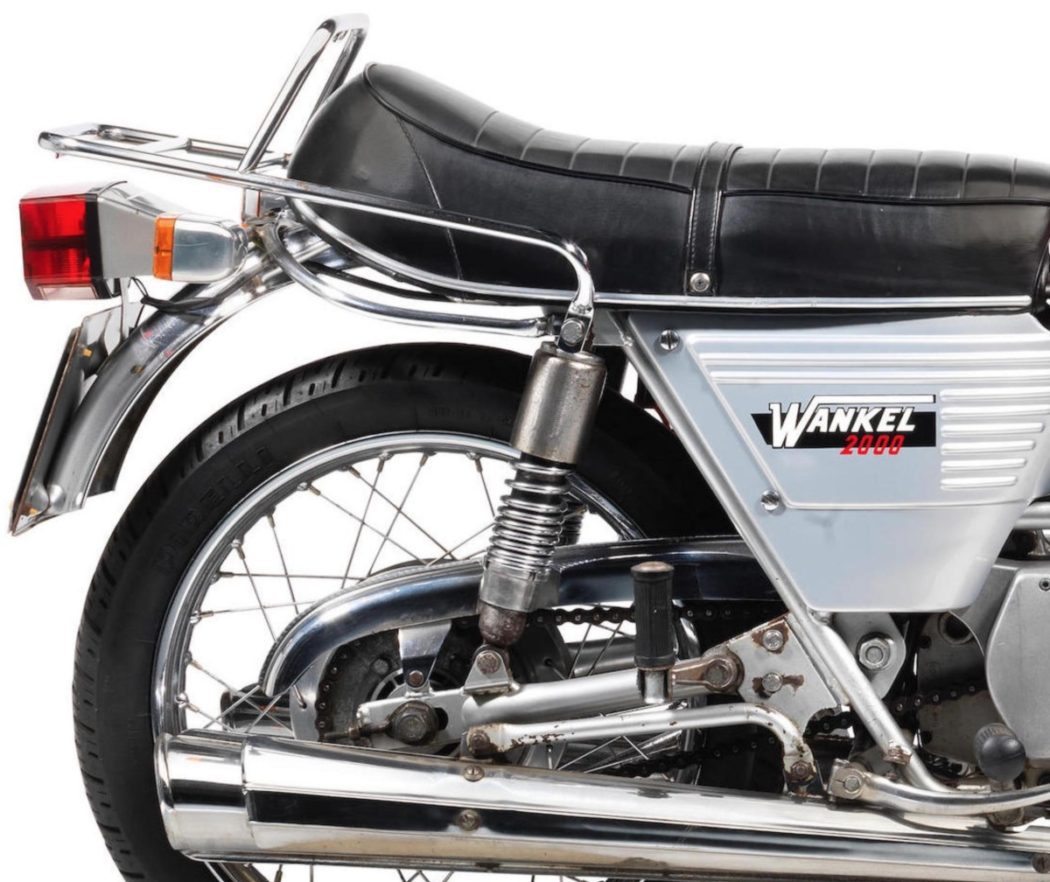 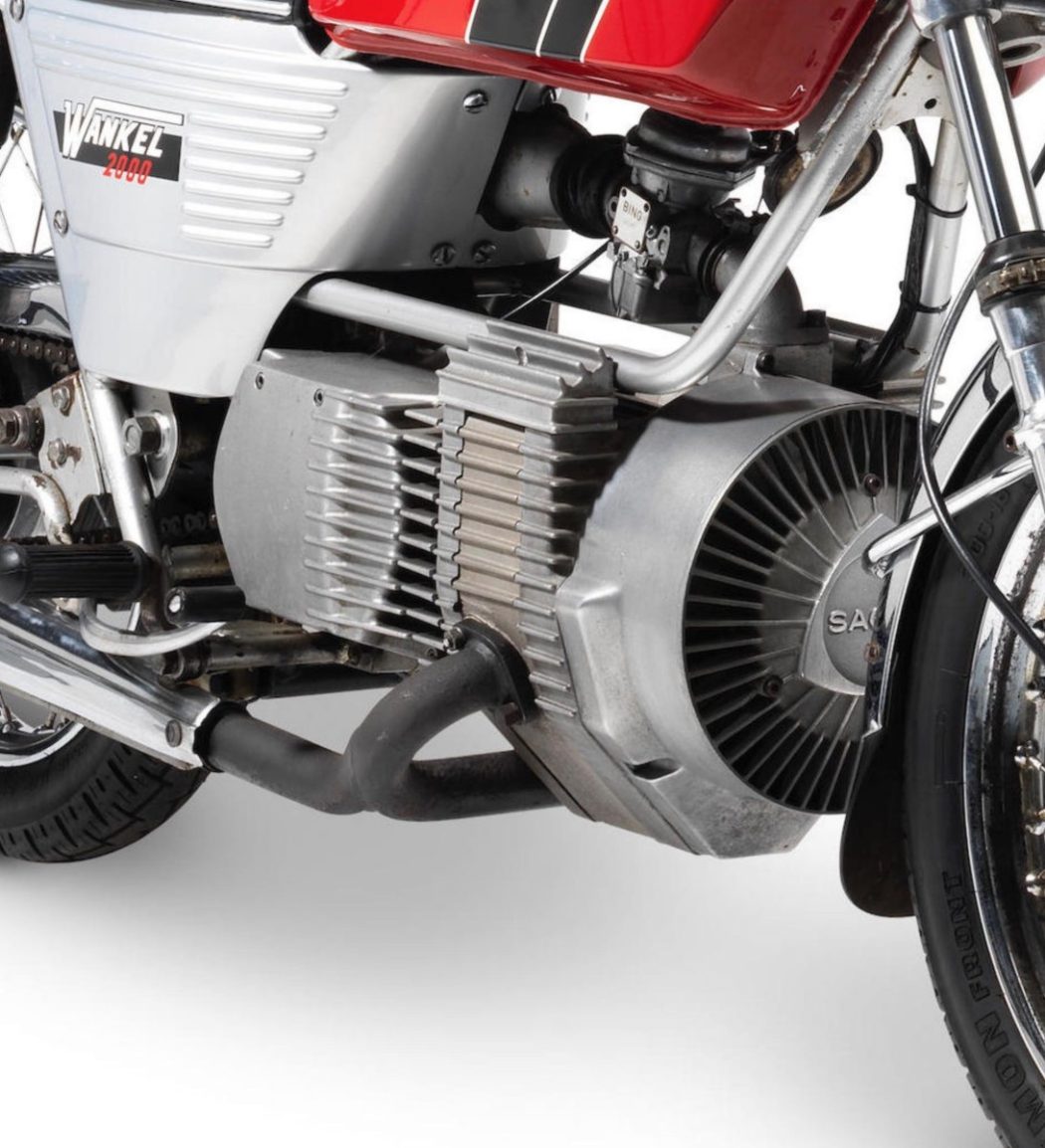 It’s pretty widely known that NSU was the first car company (and the only one other than Mazda) to produce and sell Wankel rotary engine powered cars to the public. But how many people remember that another former member of the Auto Union family – DKW – produced motorcycles powered by the German doctor’s spinning metal Dorito motor? Well, we doubt very many outside the United Kingdom remember, since all of the company’s rotary bikes offered outside that country were marketed under the Hercules marque. But next month in Stafford, England, you’ll be able to purchase a reminder of that somewhat obscure section of history when this pristine 1978 DKW W2000 goes up for auction at the Bonhams Spring Stafford Sale.

Still wearing its original red and black paint, this DKW W2000 from the final year of production is still powered by a 294cc Fichtel & Sachs single-rotor powerplant that’s cooled by the sizable fan sitting ahead of the longitudinally-mounted engine. The engine drives the rear wheel through a 90° bevel gear, a wet clutch, a 6-speed transmission and a chain. Contemporary reviews said it was a better commuter than an out-and-out sportbike, even though the Wankel, which is notorious for its thirstiness in cars, struggled to deliver better than 40 mpg. Then again, we probably wouldn’t daily this 40 year-old cult classic (which Bonhams estimates will bring between roughly $4,900 and $6,300 U.S.) nowadays anyway; instead, we’d save it for weekends brapping and humming our way up and down winding two-lane byways.